Pictures from Another Wall

The Huis Marseille collection on show in De Pont 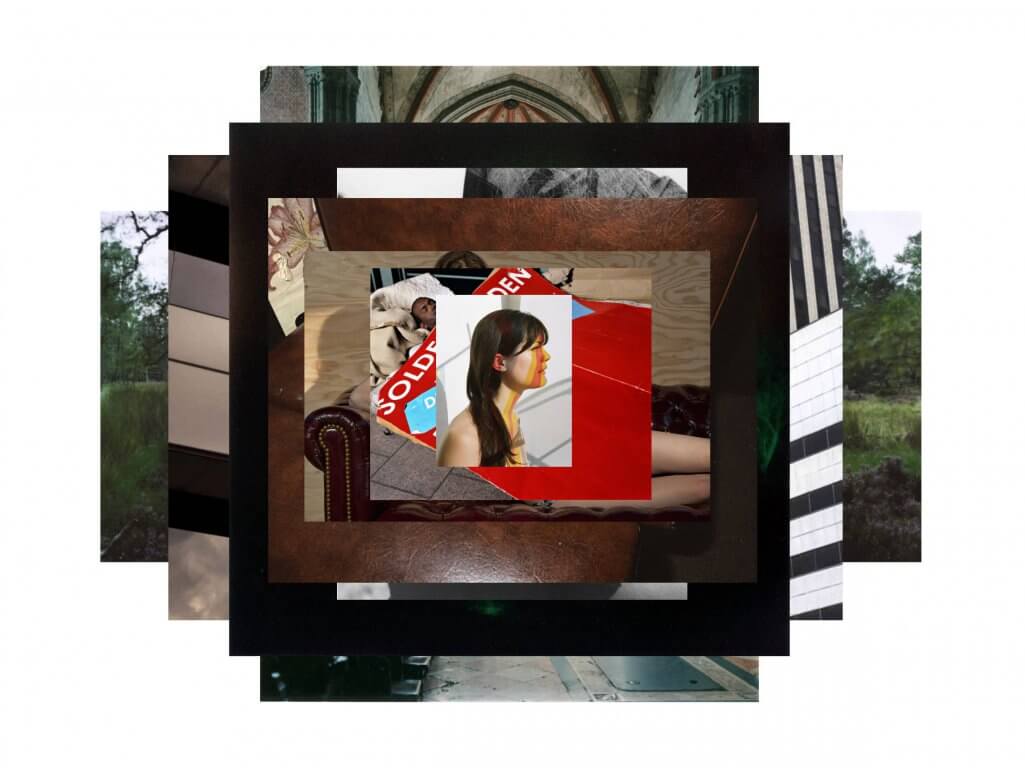 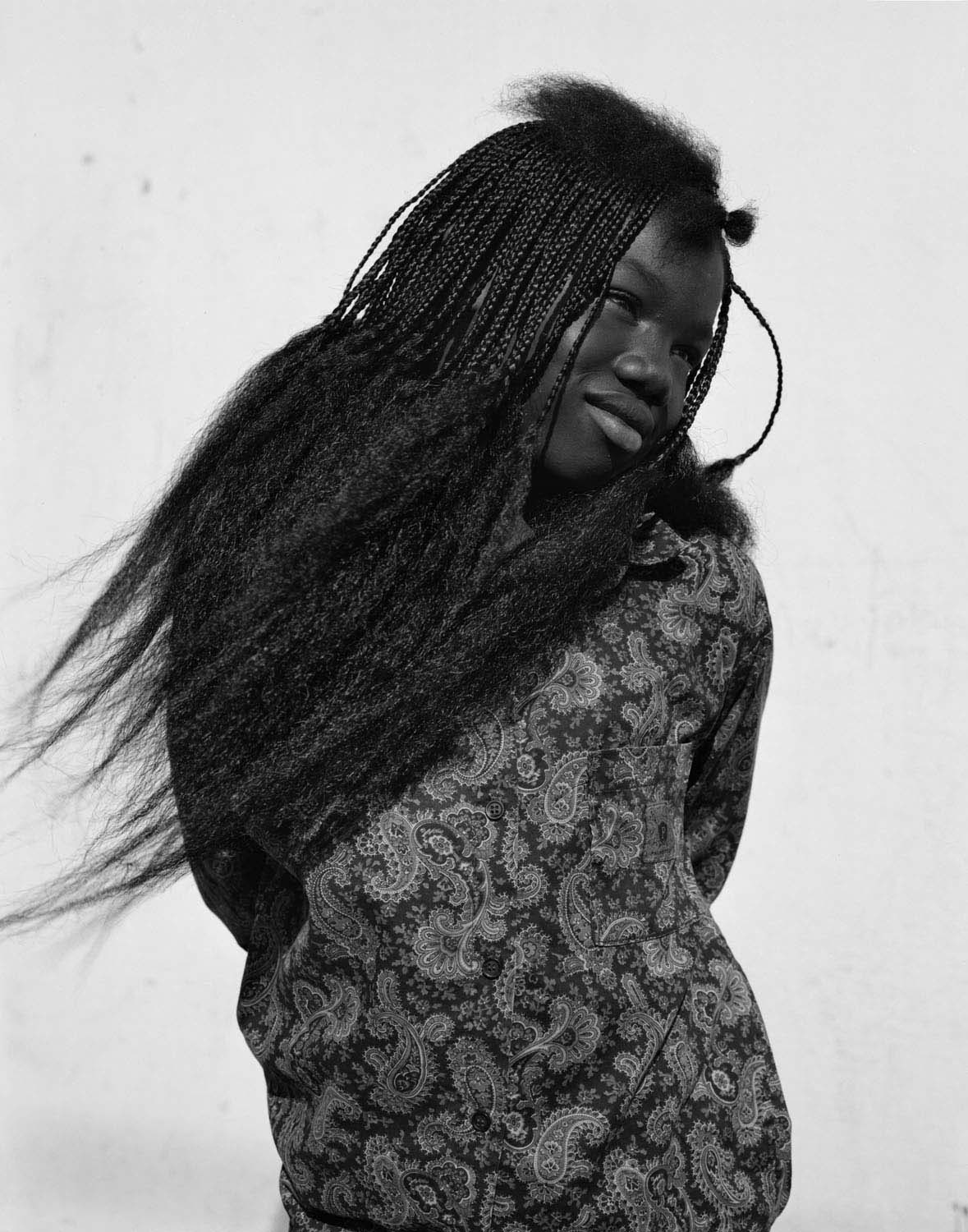 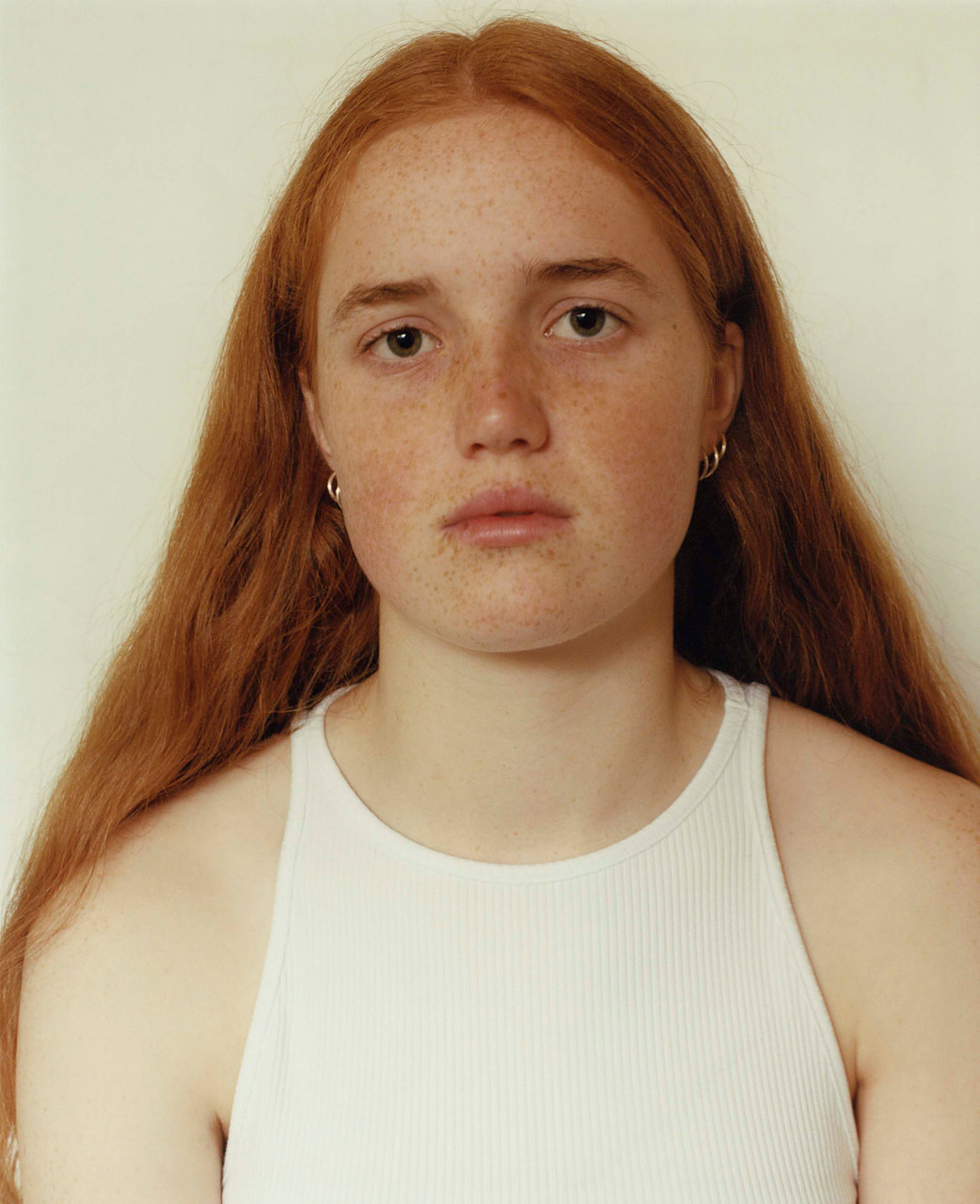 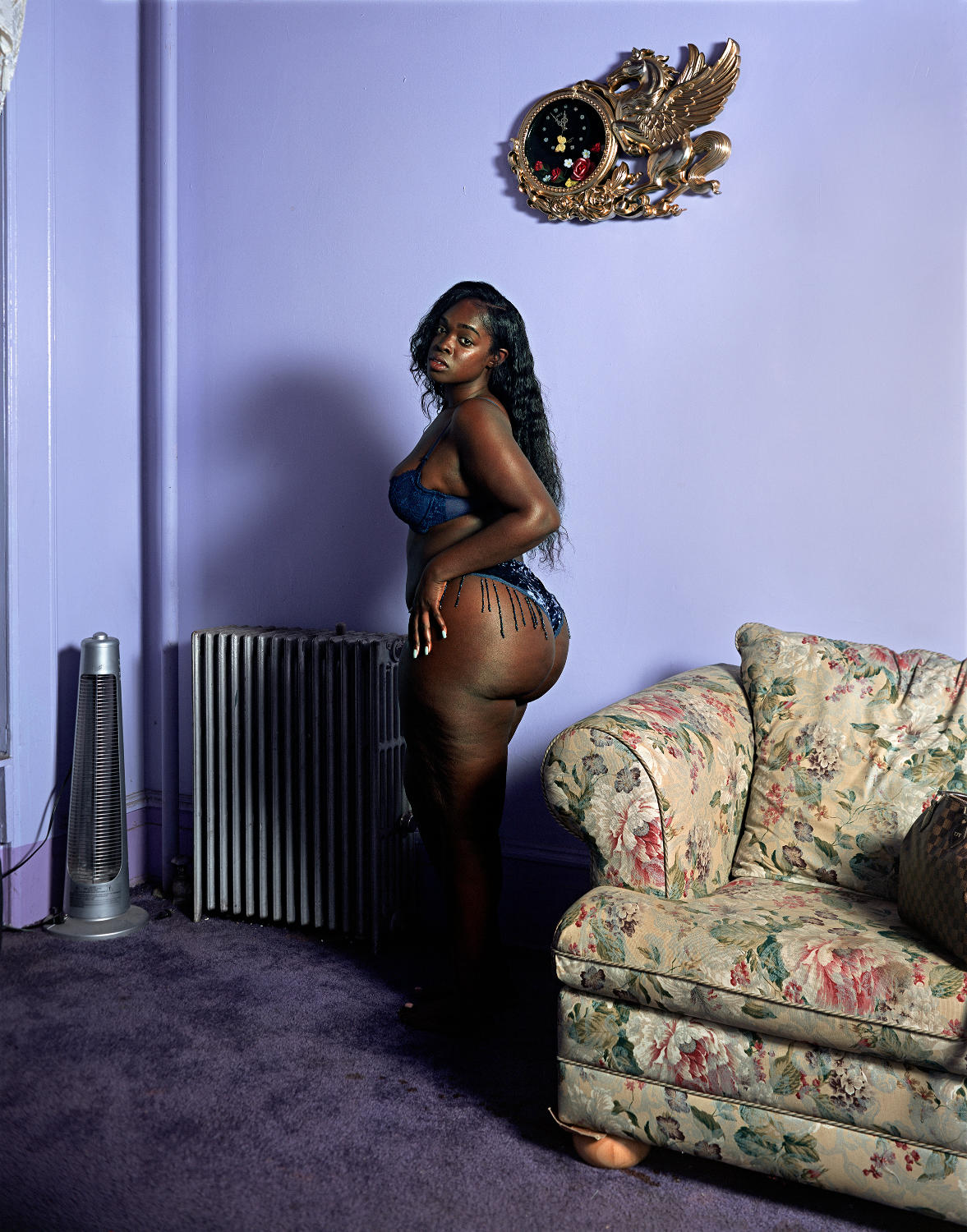 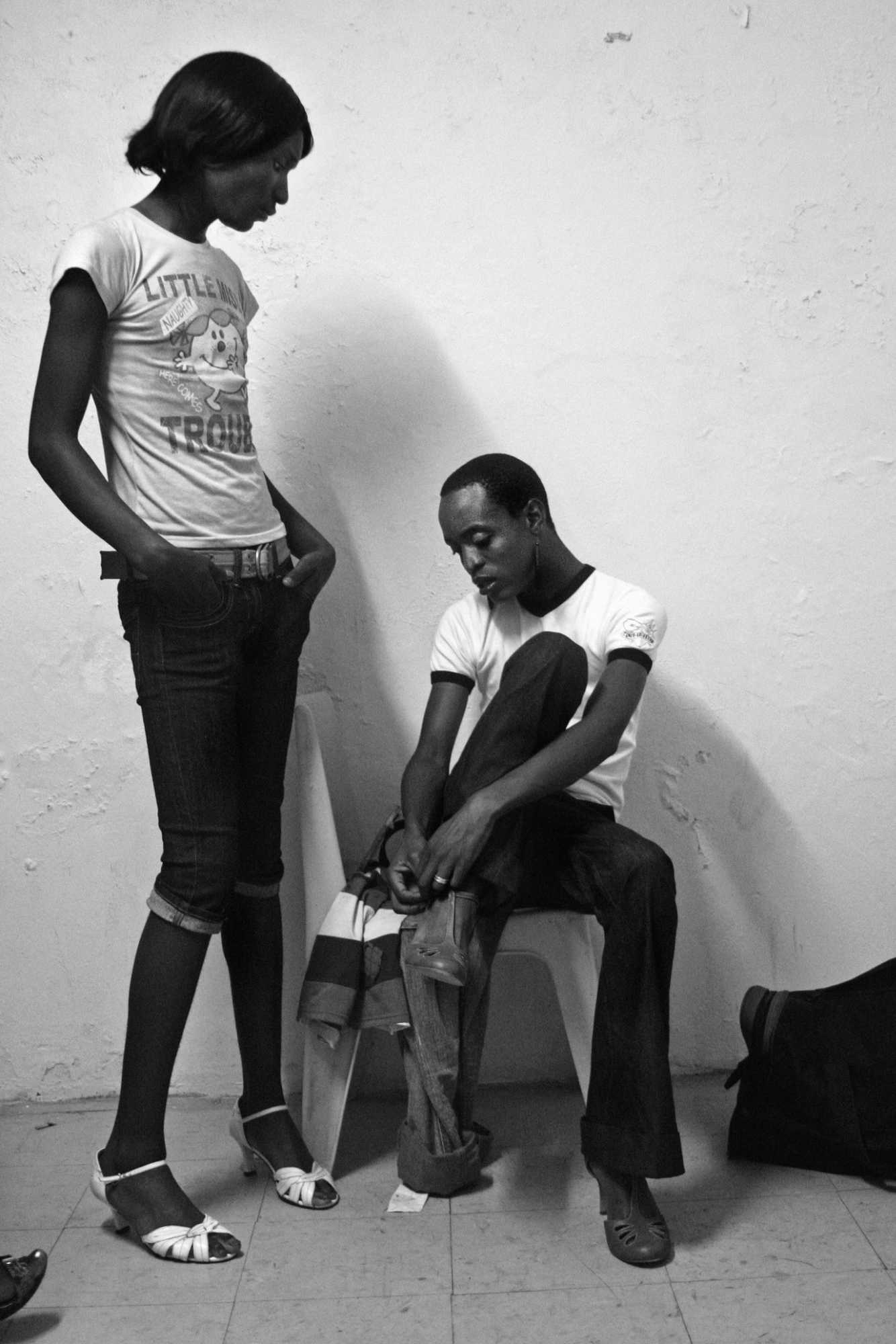 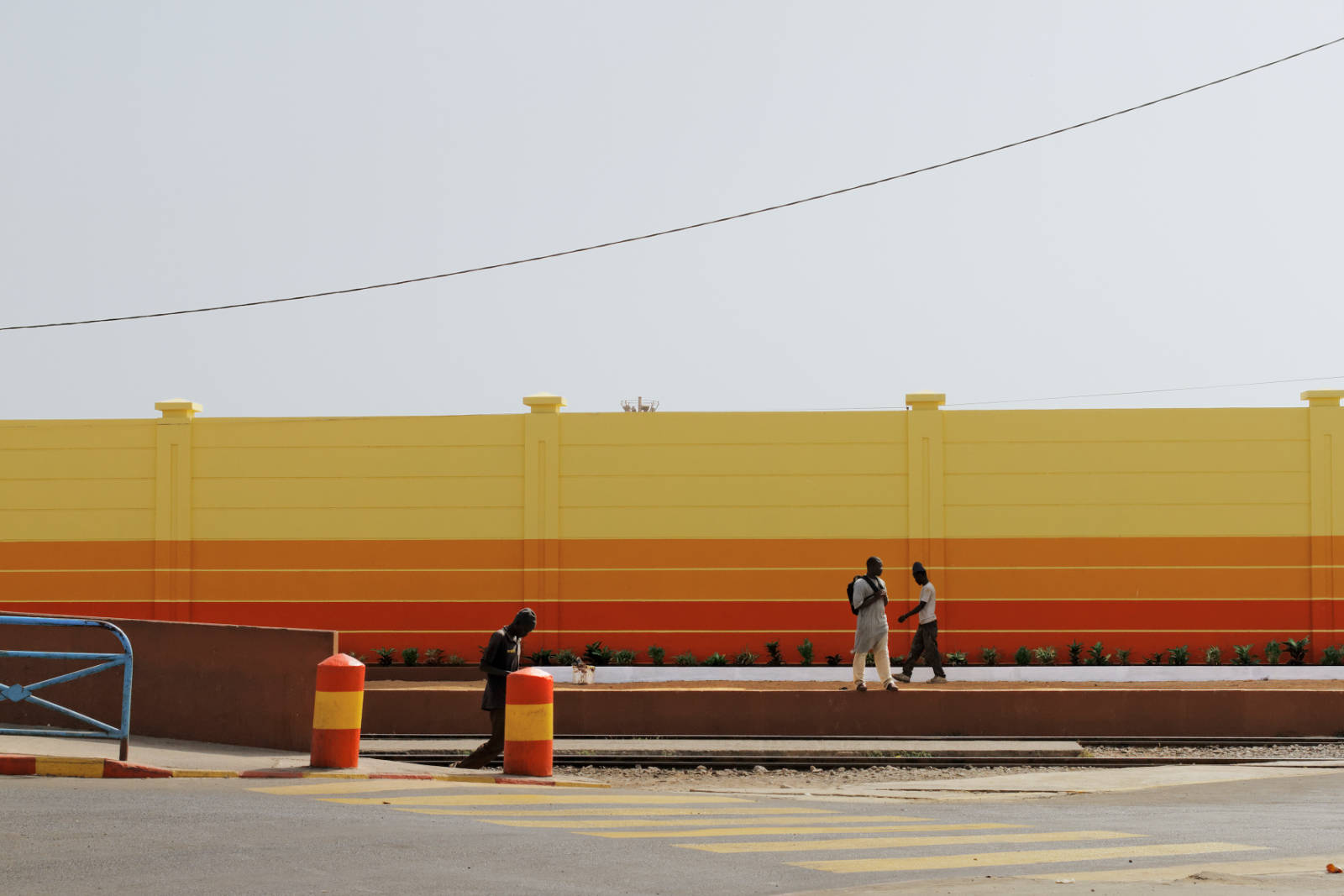 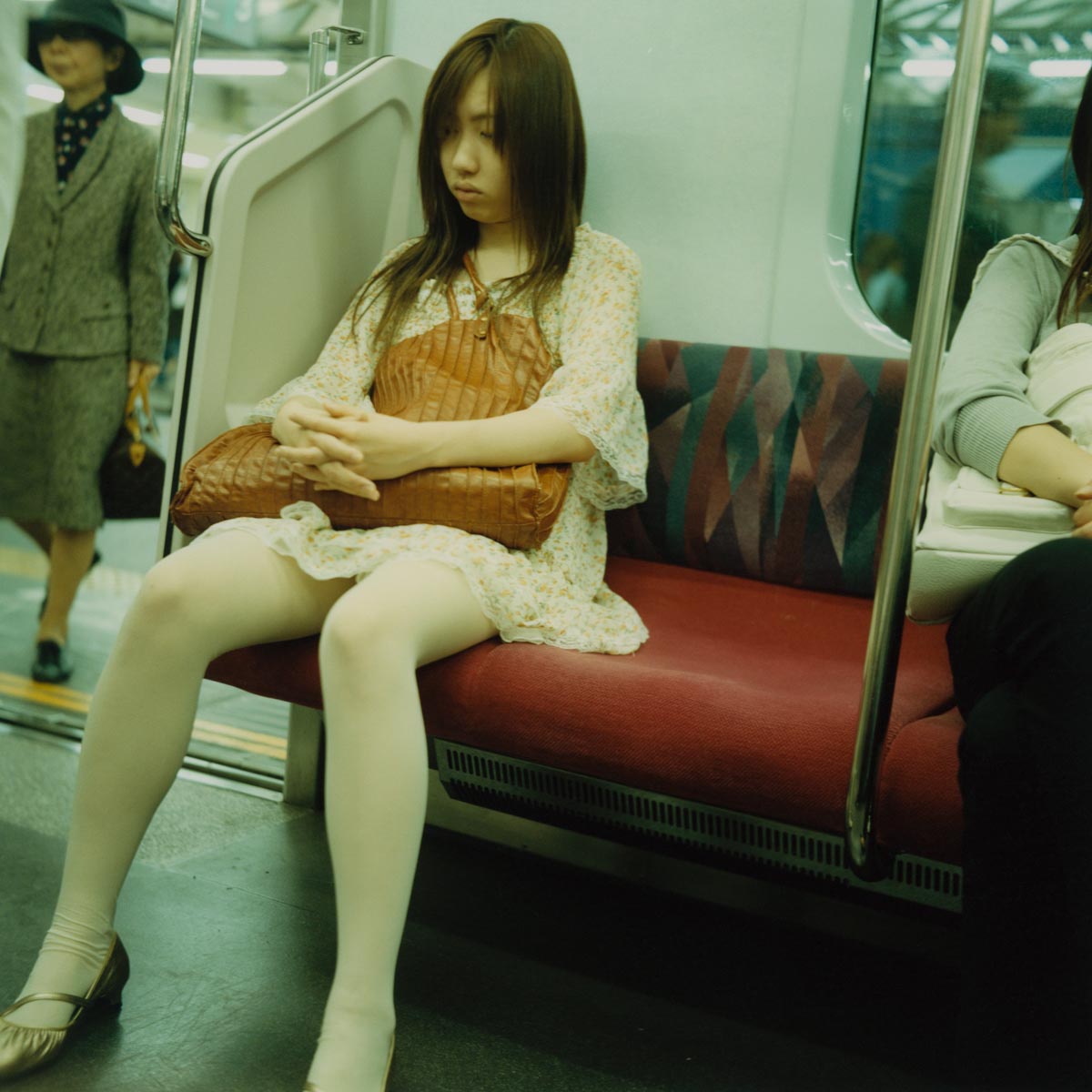 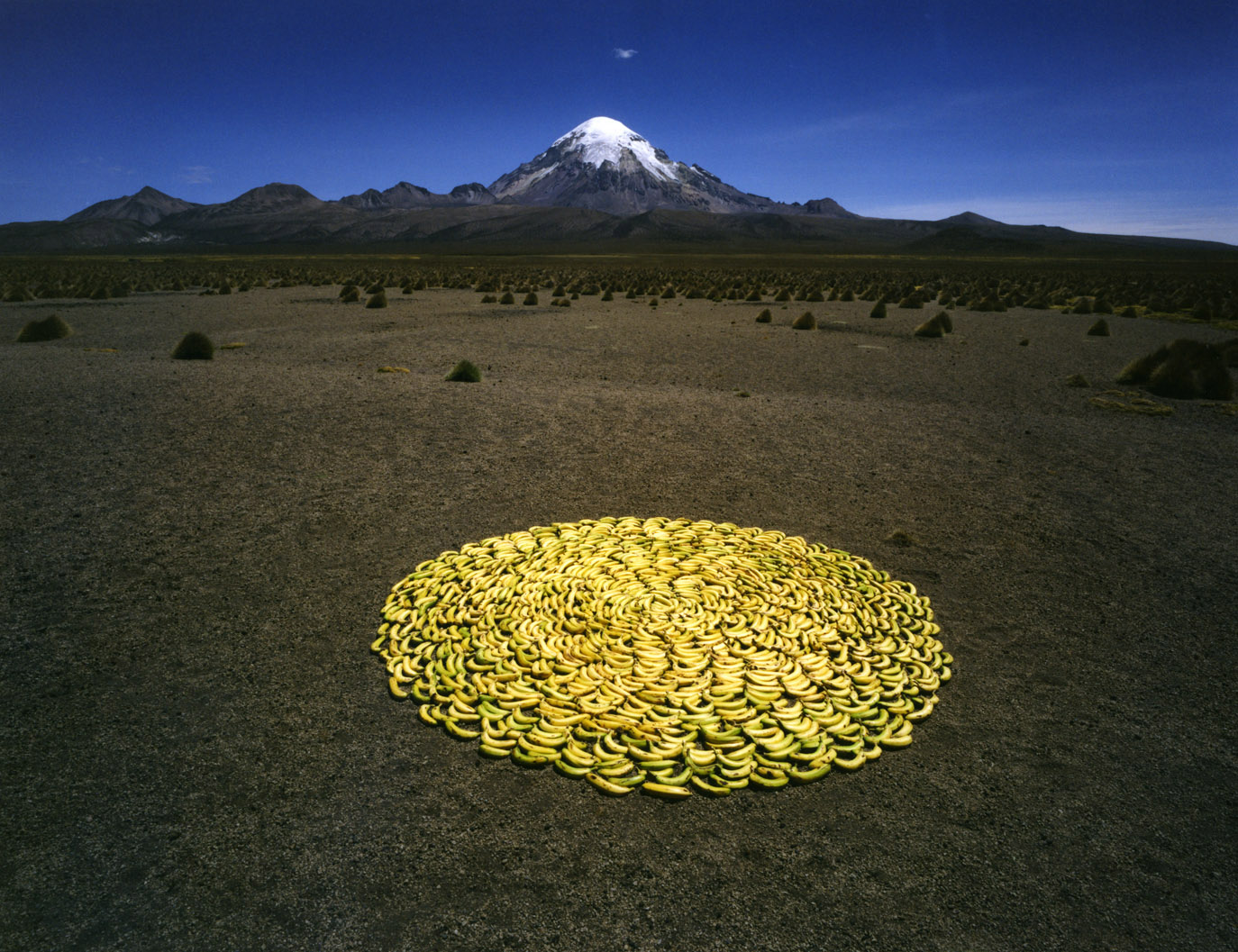 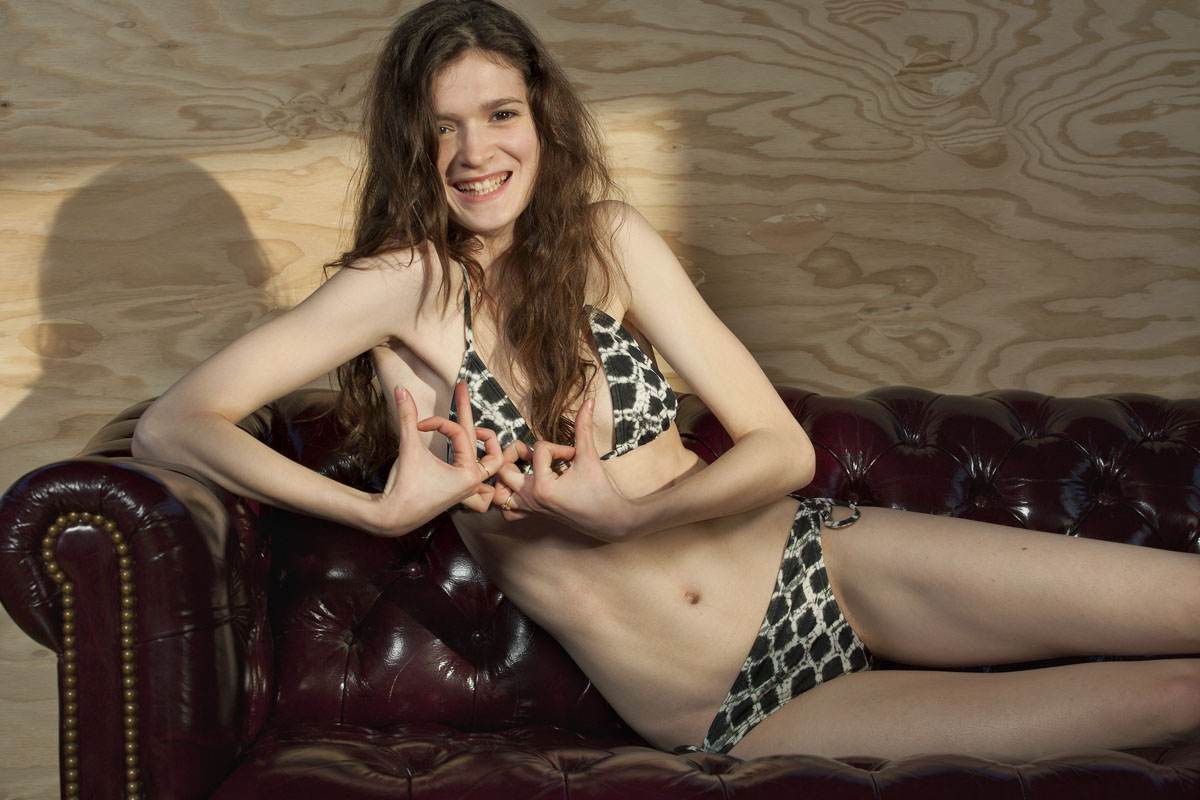 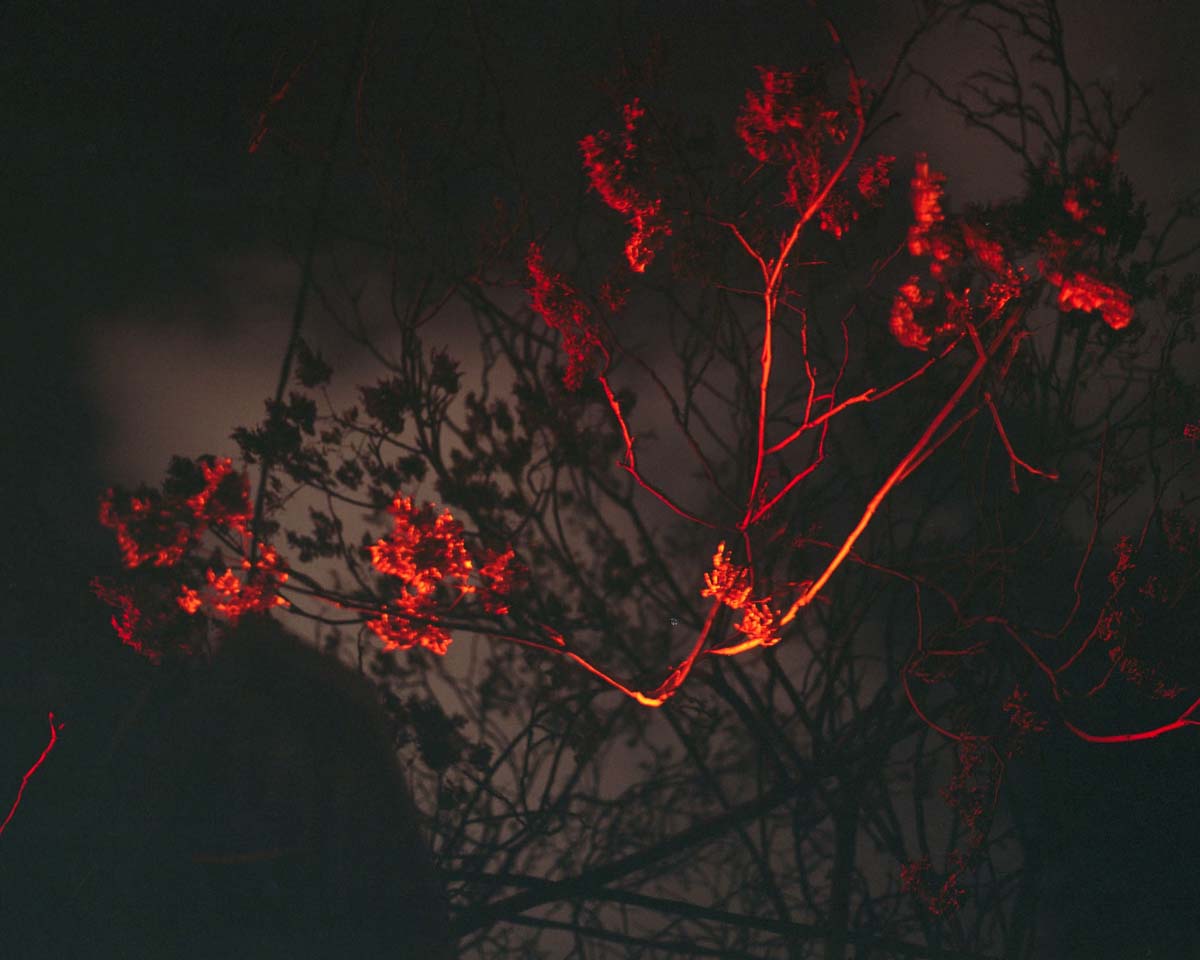 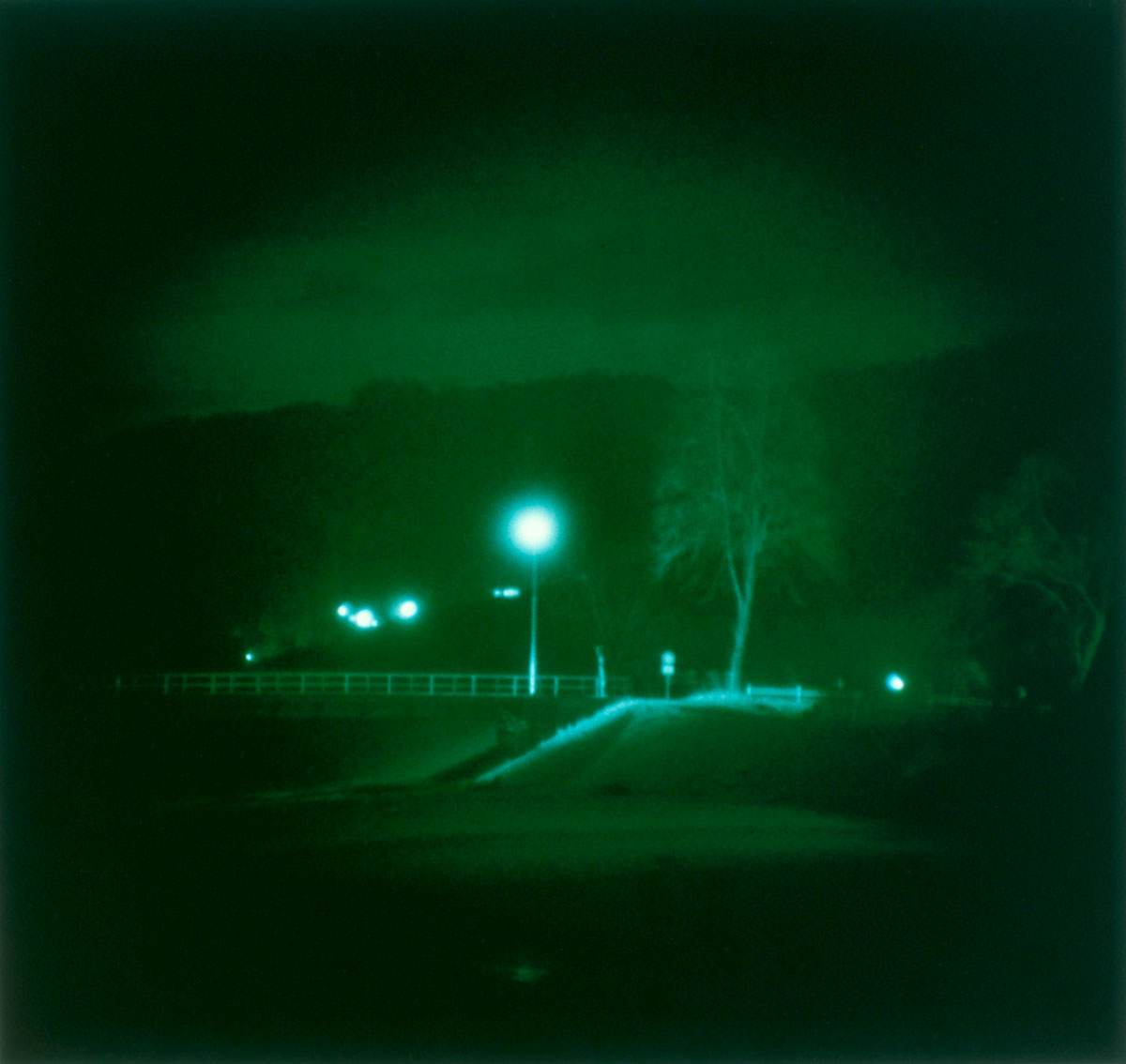 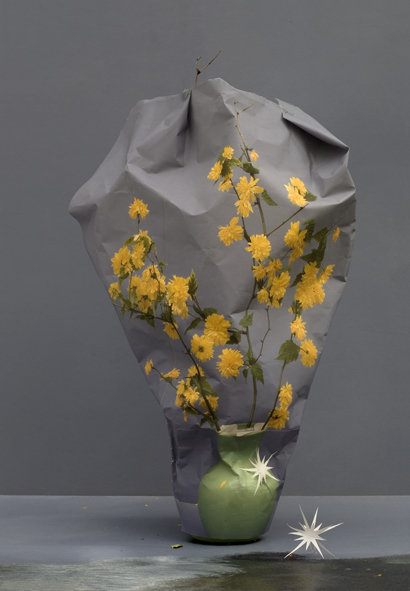 The De Pont museum has invited Huis Marseille to exhibit a hundred of its collected works in the Tilburg museum’s new wing, with an emphasis on the acquisitions of the last five years. The exhibition is to mark the occasion that Huis Marseille, a sister institute of De Pont, is celebrating its 20th anniversary. Over those two decades Huis Marseille has acquired about 750 works of contemporary photography, including work by many internationally renowned photographers such as Thomas Struth, Thomas Ruff, Andreas Gursky, Andres Serrano, Deana Lawson, Viviane Sassen and Jean-Luc Mylayne. The collection also reserves plenty of room for less well-established names; for instance, recent acquisitions include photographs by Jamie Hawkesworth and Julie Greve, work created at the interface between fashion and art. One of the perspectives of the exhibition at De Pont is the blurring of borders within the discipline of photography. The digital revolution, the ubiquity of photography online, and the return to analogue practices have all had an influence on what photography represents in 2020. How can a museum collection best respond to such new developments? Pictures from Another Wall is an attempt to answer this question.

Gursky, Struth and Ruff: the start of a collection

The origins of Huis Marseille’s photo collection lies in the dowry that the museum received at its inauguration in 1999: fifty photographs from the private collection of the De Pont family. They included work by such leading photographers as Andreas Gursky, Thomas Ruff and Thomas Struth. These monumental works of representatives of the Düsseldorfer Schule set the tone for a contemporary collection that was closely linked to developments in (conceptual) art, and they launched an exhibition programme that was curated in collaboration with living photographers. Over the following fifteen years these starting points were formulated in more detail. Besides Dutch photography – with the prominent photographer Jacqueline Hassink as a major representative – Japanese and South African photography became two new spearheads in the collection. This focus is revealed in the collection by work from Naoya Hatakeyama and Yuki Onodera on the one hand and David Goldblatt and Zanele Muholi on the other. The European artists represented include leading names such as Luc Delahaye and Valérie Belin.

The collection and the exhibitions: communicating vessels

For every name that appears in the Huis Marseille collection one might cite another that does not. The collection does not attempt, however, to be an accurate representation of contemporary photographic history; rather, it reflects the personal choices of an individualistic, privately funded museum. This has resulted in collaborations with a wide variety of photographers whose work is synonymous with interesting contemporary developments in art photography. The museum’s collection and its exhibitions are intrinsically linked. A new acquisition often leads to collaboration with the photographer and ultimately to an exhibition, and by the same token an exhibition will usually lead to new acquisitions for the collection. Pictures from Another Wall devotes attention to a number of important exhibitions that Huis Marseille has held over the last five years, including work by Andres Serrano ‒ from the exhibition Revealing Reality (2017); Dana Lixenberg ‒ taken from her masterwork Imperial Courts 1993‒2015 (2015); Scarlett Hooft Graafland ‒ from the exhibitions Soft Horizons (2011) and Shores Like You (2016); Eddo Hartmann ‒ from Setting the Stage: Pyongyang, North Korea (2017); and the most recent important acquisitions of work by Deana Lawson, to whom Huis Marseille devoted the first ever large solo European exhibition in 2019.

The storage depot as a beating heart

The main gallery in Pictures from Another Wall is devoted to a large selection of photographs that have been arranged with an apparent arbitrariness, as they might be hung in storage. This presentation gives a strong impression of the diversity shown by a collection celebrating its first twenty years: from the beautiful portraits of children that heralded an international breakthrough for Hellen van Meene in 2004 to the girls’ portraits made by the Danish debutante Julie Greve in 2017. From Jochen Lempert’s Oiseaux-Vögel, 1997‒2004 (2004), a prize piece in the collection, to Jamie Hawkesworth’s Adam (2016), a work that arose out of a fashion campaign for the Loewe brand. From Dark Still by Elspeth Diederix (2016) – literally a photograph of the Dutch sea bed – to still lives by the Iranian artists Shirana Shabazi and Setareh Shahbazi; from several masterpieces by the internationally renowned Dutch photographer Viviane Sassen to some disconcerting photographs by the Norwegian artist Torbjørn Rødland. If anything is evidenced by this presentation it is that the Huis Marseille collection is undergoing continual evolution; that while the museum is focused on contemporary trends it also cherishes master craftsmanship; that the museum has a broad and international orientation; that it embraces fashion photography as a rich source of creativity; and that the museum is abreast of the latest artistic expressions of the African diaspora.

Huis Marseille, Museum for Photography opened its doors on 18 September 1999. It was the first photography museum in Amsterdam. Jos de Pont established the museum in the 17th-century canalside house Marseille at Keizersgracht 401, a building closely linked to the history of the De Pont family. This is described in the book Een huis genaamd Marseille (2019) by Caroline Hanken, in which the history of all the building’s residents since the 17th century is documented in gripping style. The Huis Marseille collection of contemporary photography contains about 750 works. In 2013 the museum expanded to include the adjoining building at Keizersgracht 399, and now comprises fourteen exhibition spaces, including a garden house. The museum holds four different exhibitions a year; in 2020 these will include Venus & Mercury by Viviane Sassen (summer) and The Autumn of Paradise by Jean-Luc Mylayne (autumn).

Pictures from Another Wall is being exhibited at De Pont museum in Tilburg. For more information, see https://depont.nl/