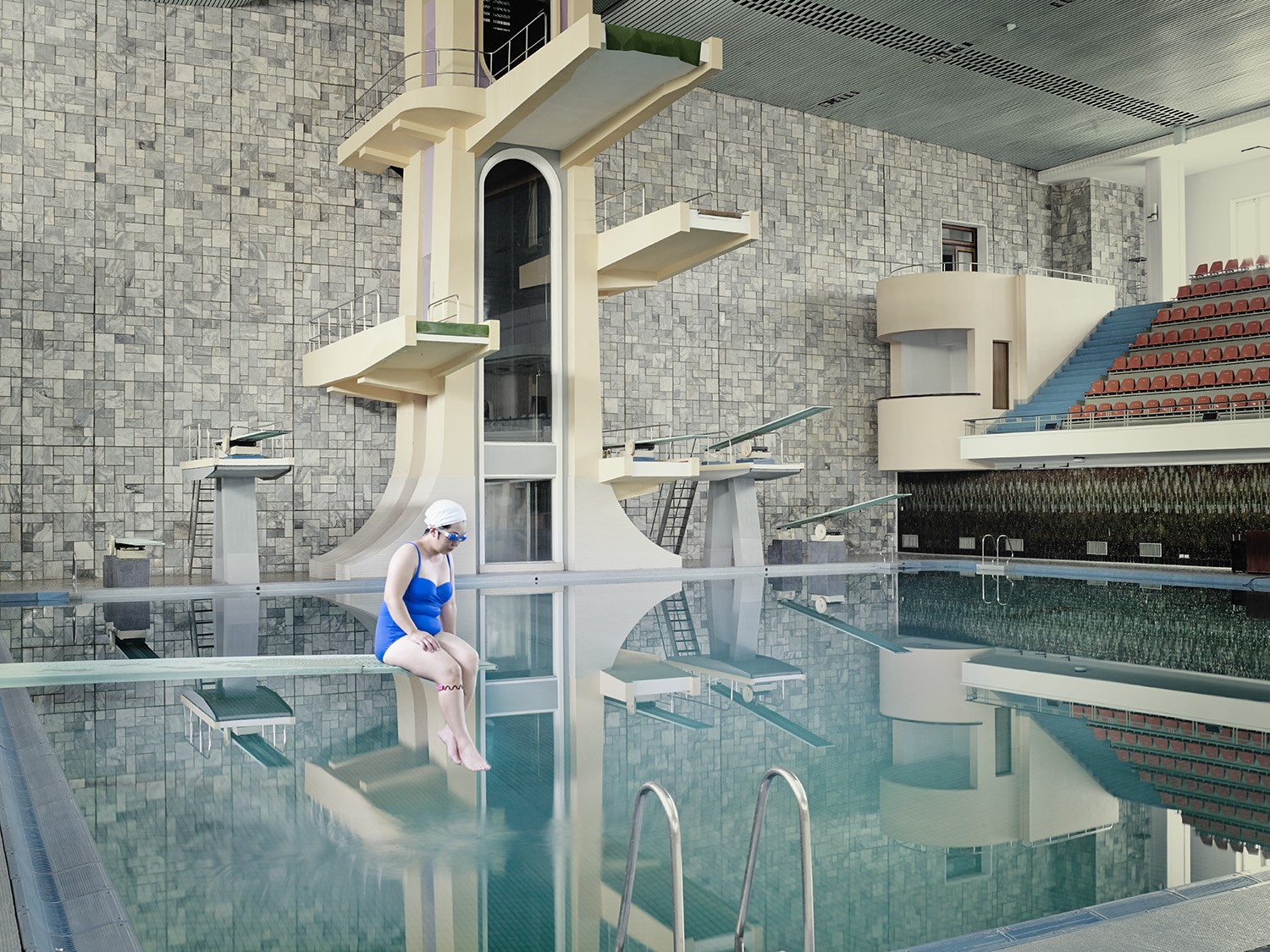 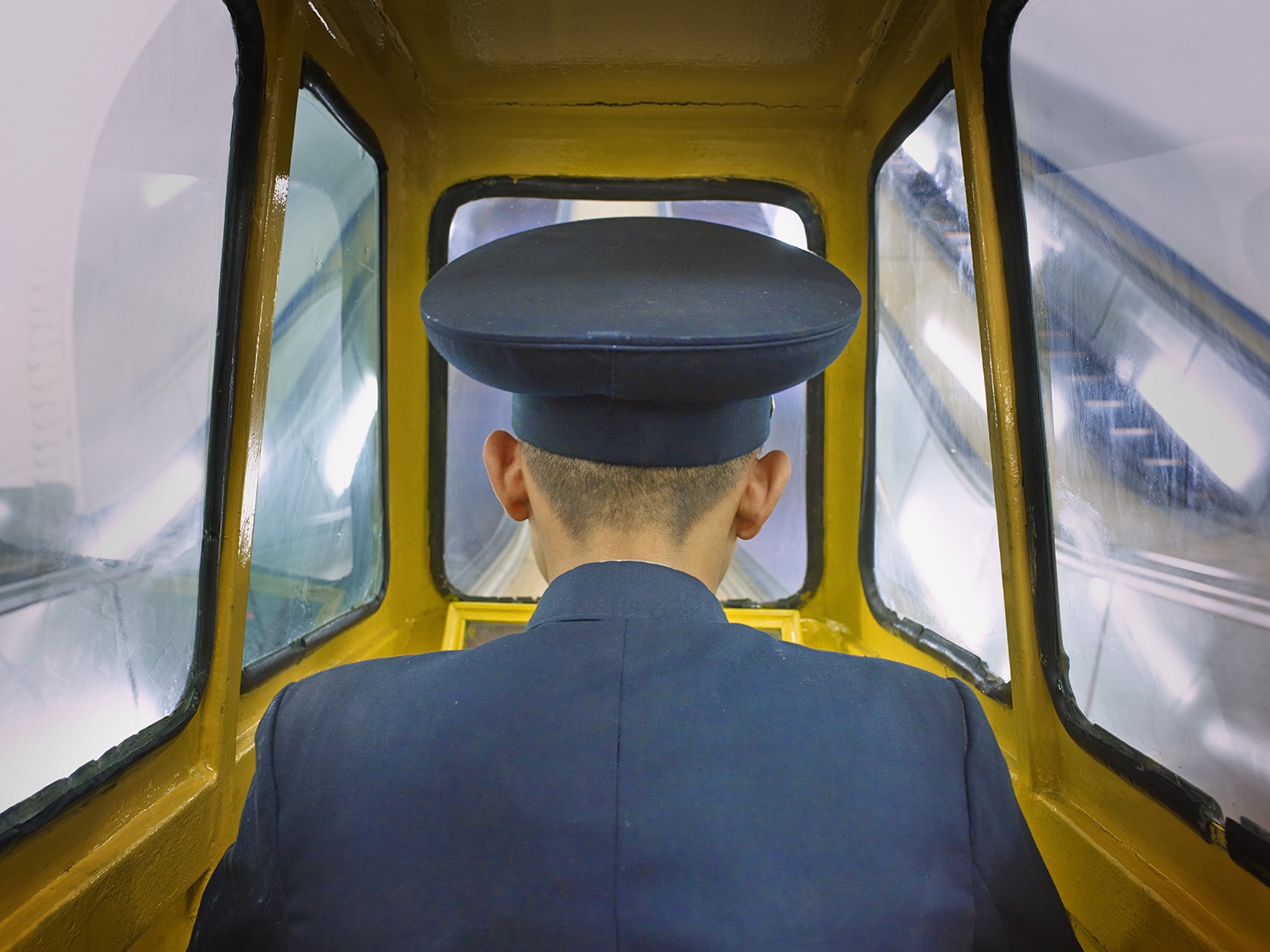 ‘Within the collective character of North Korea, the individual is just a pixel. I looked specifically for that pixel and its significance in the city.’ – Eddo Hartmann

Daily life in a closed country

Between 2014 and 2017 the Dutch photographer Eddo Hartmann visited North Korea four times. His fascination for this closed country was prompted, in part, by the one-sided image that the West has of it. We are all familiar with the propaganda photographs of the current leader Kim Jong-un, and with images of North Korean newsreaders making menacing announcements about the country’s nuclear programme. These images invariably have a political hue because of their news or propaganda value; we see next to nothing of the country’s day-to-day life.

After long and intensive preparations, in 2014 Hartmann received his first visa and official permission – under strict rules, and with relentless accompaniment – to photograph in Pyongyang, the capital of North Korea. After the city was utterly destroyed during the Korean War (1950–1953), the government had it rebuilt as a utopian model city that would broadcast the message of socialism and progress at every corner. Social realist monuments commemorating revolutionary exploits, propaganda slogans on posters and buildings, loudspeakers announcing party propaganda, the ever-present portraits of the country’s past and present leaders – the residents of Pyongyang are constantly reminded of the regime’s ambition to achieve the ultimate socialist society. Today, in 2017, the city looks as if time has been standing still.

In the spring of 2015 Huis Marseille showed photographs from Hartmann’s first series, which centred on the city’s architecture as the propagator of its ideology. In this second and final series, Hartmann delved deeper into the day-to-day lives of those who live in this isolated corner of the world. He used a 360° camera to give viewers a vivid impression of what it feels like to live – day in, day out – in these surroundings. They will wonder whether the inhabitants of Pyongyang have learned to move like actors in the décor that was built around them – not just in the huge, orchestrated parades, but in their daily lives. Hartmann’s night-time films of the city show almost entirely empty squares and streets, but at midnight the loudspeakers are still blaring out the music of a revolutionary opera.

Meticulous registrations that bring hidden details to the surface

Everything that outsiders get to see of North Korea is strictly regulated, and Hartmann took his photographs under the watchful eye of two guides. Despite this supervision and restriction, he repeatedly succeeded in focusing on aspects that fascinated him. He decided to use a slow working method, with a digital medium-format camera and a tripod: this allowed him – and later, the viewer – to observe his subjects in great detail. By taking a certain distance, he has literally created more space: space for details to take their place within the whole, and space for viewers to form their own interpretation. The intensity of Hartmann’s observations has resulted in meticulous registrations, and in evocative images that are simultaneously monumental and intimate. For Hartmann, a central theme is the relationship between Pyongyang’s imposing, government-decreed architecture and its residents, who are usually anonymous and swallowed up by the masses. In his photographs of the subway system, commuters are literally merged into the mass; relatively slow shutter speeds turn them into a single shimmering whole. In his most recent series he has tried to lift the individual out of the collective and the décor of their city. The portraits are of neat and tidy residents, often dressed in work uniform – and always in a public space.

Eddo Hartmann (The Hague, 1973) studied at the Royal Academy of Art (KABK) in The Hague. In 2012 he published a photobook, Here lives my home, with images taken from a striking personal series he made of his parental home, more than twenty years after he had fled from it with his mother and brother. Part of this series was shown at Huis Marseille in 2013 in the exhibition The rediscovery of the world. Photographs from his Pyongyang series have been shown in the Chollima House of Culture in Pyongyang – making him the first Western photographer whose autonomous work has been exhibited in North Korea – and in the Seoul Museum of Art in South Korea. Hartmann’s work has been acquired by a variety of private and public collections. Setting the Stage: Pyongyang, North Korea is a collaboration between Eddo Hartmann and production company Koryo Studio, which specializes in Korean art.