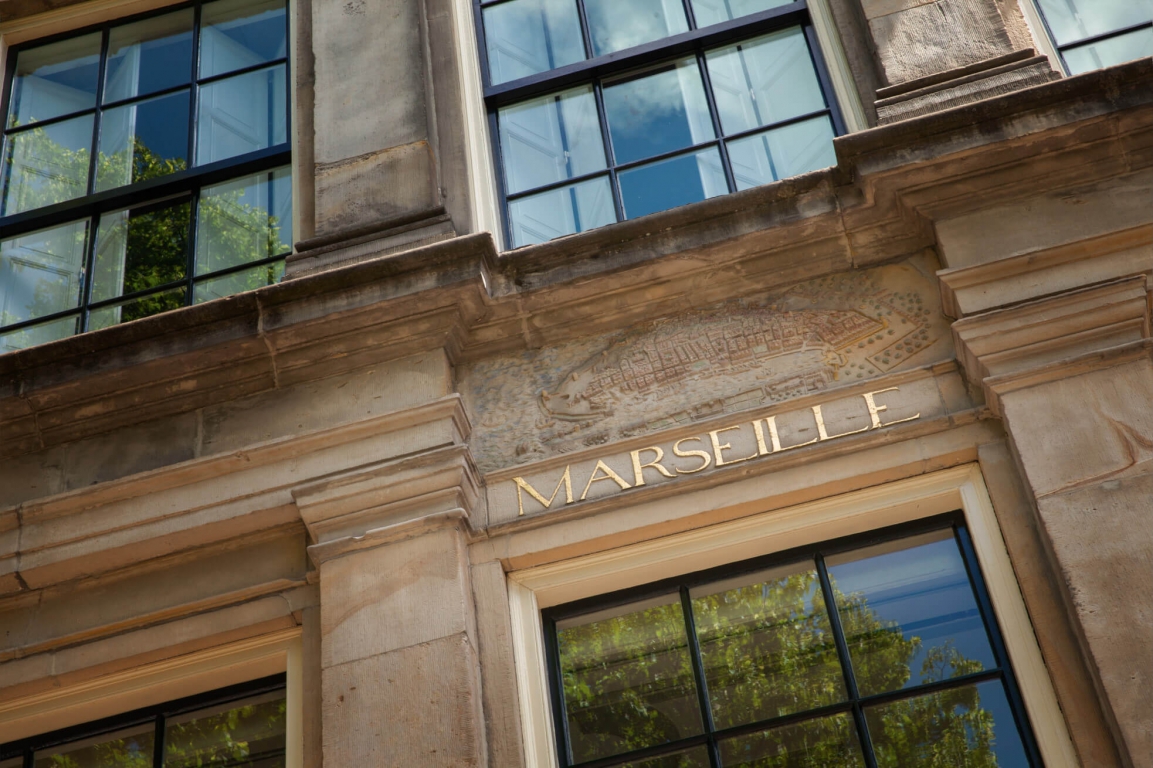 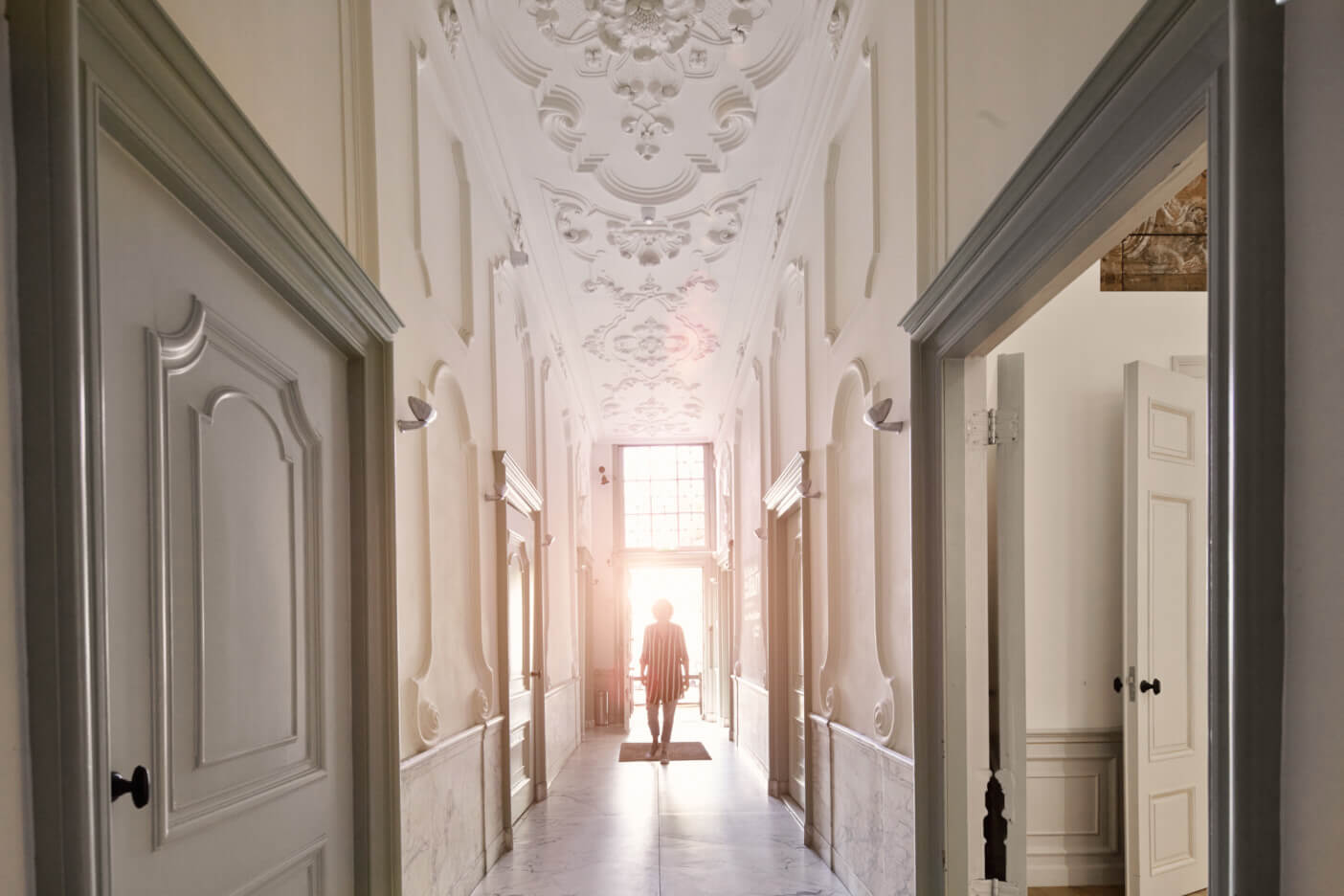 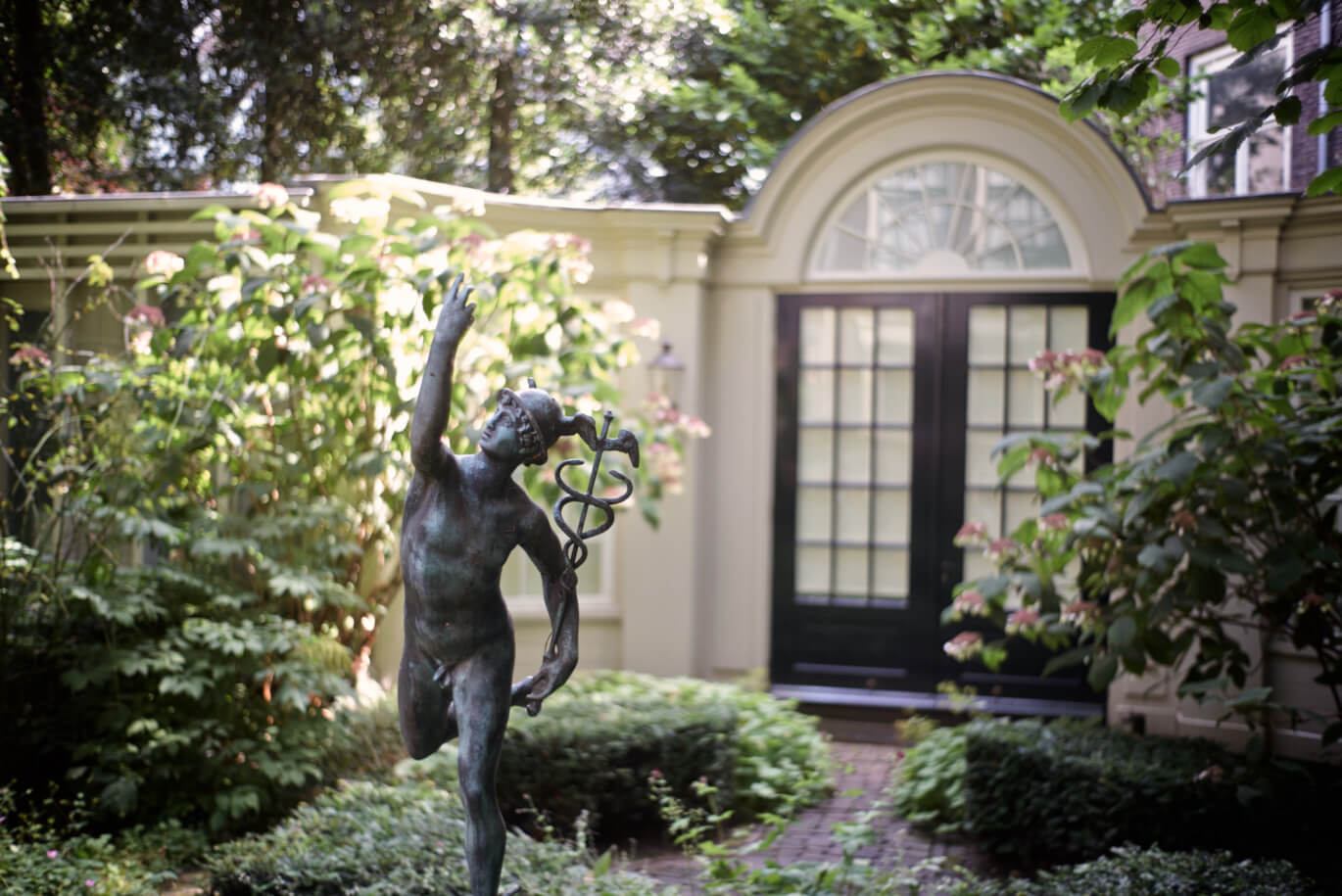 The museum Huis Marseille takes its name from the building in which it is housed. This monumental residence was built around 1665 for the French merchant Isaac Fouquier. To its imposing classicist facade, Fouquier added a stone tablet depicting a map of the French seaport Marseille. The ship that he had loaded with cargo in Marseille, and which brought him to Amsterdam, made him a wealthy man. Although Fouquier had to sell the house by 1676, the memorial stone remains in the facade to this day. And three hundred years later, the original seventeenth-century layout of the house—consisting of a ‘front’ segment, a courtyard, a ‘back’ segment and garden—is still largely intact.

A more detailed history of the name by historian Caroline Hanken can be read here.

During the early eighteenth century, the interior was embellished considerably. Beautiful stuccowork in the entrance hall still attests to this: appearing on the ceiling across from the courtyard is Mercury, the god of trade, and above the stairway Victoria, the goddess of victory, bringing peace and prosperity.

Also dating from this period is the ceiling painting made for a room in the back part of the house, now called the Garden Room. The painting was done by Jacob de Wit, the most prominent painter of scenes for interiors during the eighteenth century. It shows Apollo enthroned on the clouds and surrounded by Minerva and the nine muses. After an absence of more than a century, the work was restored to its place in 2004. The ceiling painting has been placed on long-term loan to Huis Marseille by the Koninklijke Oudheidkundig Genootschap (KOG), which acquired it at the end of the nineteenth century.

In 2003 an eighteenth-century garden house was also reconstructed at Huis Marseille. During the 1960s the original had deteriorated to such an extent that it had to be removed. Remnants of this, discovered when Huis Marseille was restored at the end of the twentieth century, as well as photographs made it possible to carry out a faithful reconstruction.

The picturesque interior of the property on Keizersgracht 399 has for a while now been physically part of our museum of photography. The property adjacent to Keizersgracht 401, was extensively renovated and has since June 2013 been officially part of Huis Marseille, expanding it with several new exhibition spaces and a depot.

More information about the history of the building at Keizersgracht 401 can be found in the book that was published in September 1999 at the opening of the museum: Huis Marseille 1. More information about the building at Keizersgracht 399 is included in the booklet that accompanied the exhibition the Rediscovery of the World, published in 2013. Both publications are available in the library.