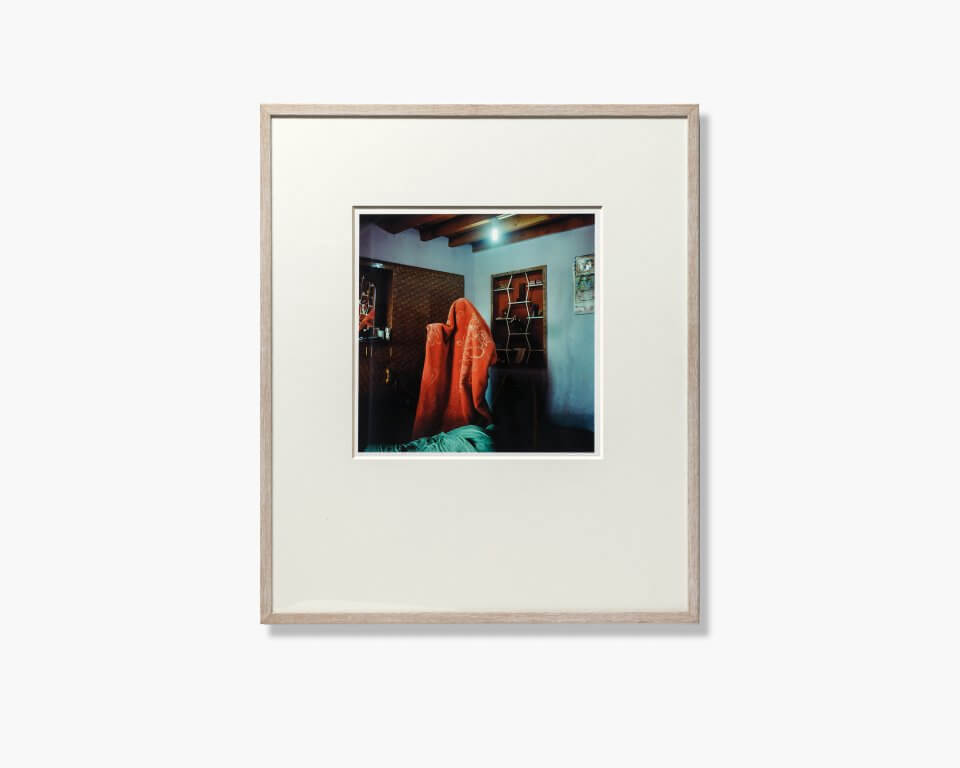 Sohrab Hura. The Blanket, from the series ‘Snow‘, 2015–ongoing

‘The coral pink blanket was now wrapped around him as if he was a sculpture waiting to be unveiled to the world. The traces of an arm and a head within the folds of wool broadcast a human figure under the blanket. Sajad had insisted that he prepare my bedding the ‘Kashmiri’ way, just like every other time I had visited him. He lay out the warmest blanket on the mattress at first, making sure that every part of the cushion was covered. ‘The cold in Kashmir attacks from all directions’.

These are the opening words of Blanket, a story that Sohrab Hura wrote especially for Huis Marseille. It forms part of the edition that will be published in conjunction with the exhibition.

The Blanket is an image from Hura’s series Snow, one of his long-term documentary photo series, on which he has worked in Kashmir since 2015. Ever since the decolonization of British India in 1947 this region, close to India’s most northern points, has been subject to a conflict between India and Pakistan, and later also with China. For decades the area has been under constant and heavy military occupation; all three countries claim Kashmir as their own, and ignore Kashmir’s own long-cherished desire for autonomy.

Many of the images in the series Snow bear the traces of news events and oral histories. In the photo Sohrab Hura made of his friend Sajad making the bed for his guest, he is telling Hura how army soldiers sometimes carry out house searches, separating the men and women. To find out whether an illegal guest had been given shelter by the family, they even check for warm spots in the beds.

Part of the proceeds of the sale of this edition will be donated to the female photographers collective Her Pixel Story in Kashmir.