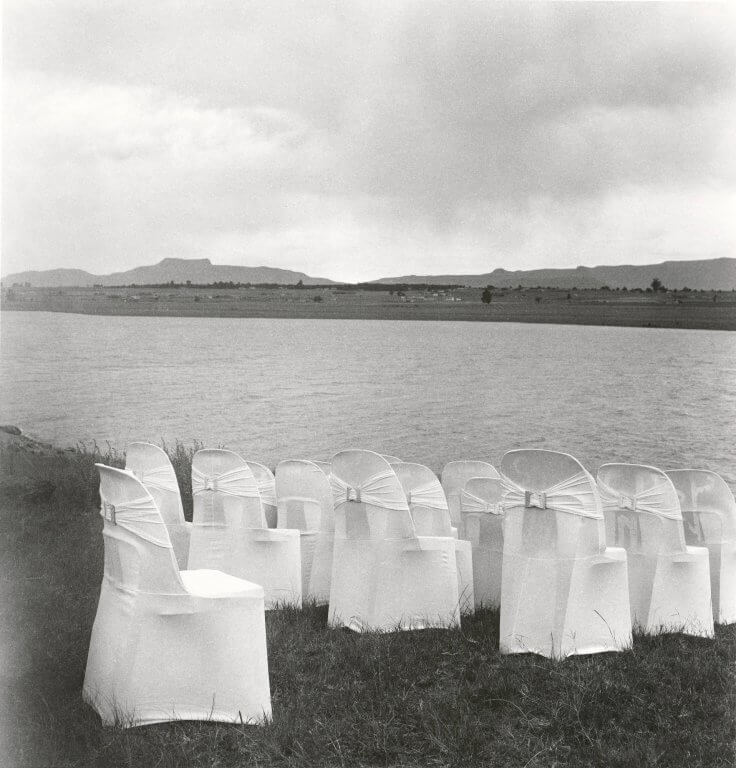 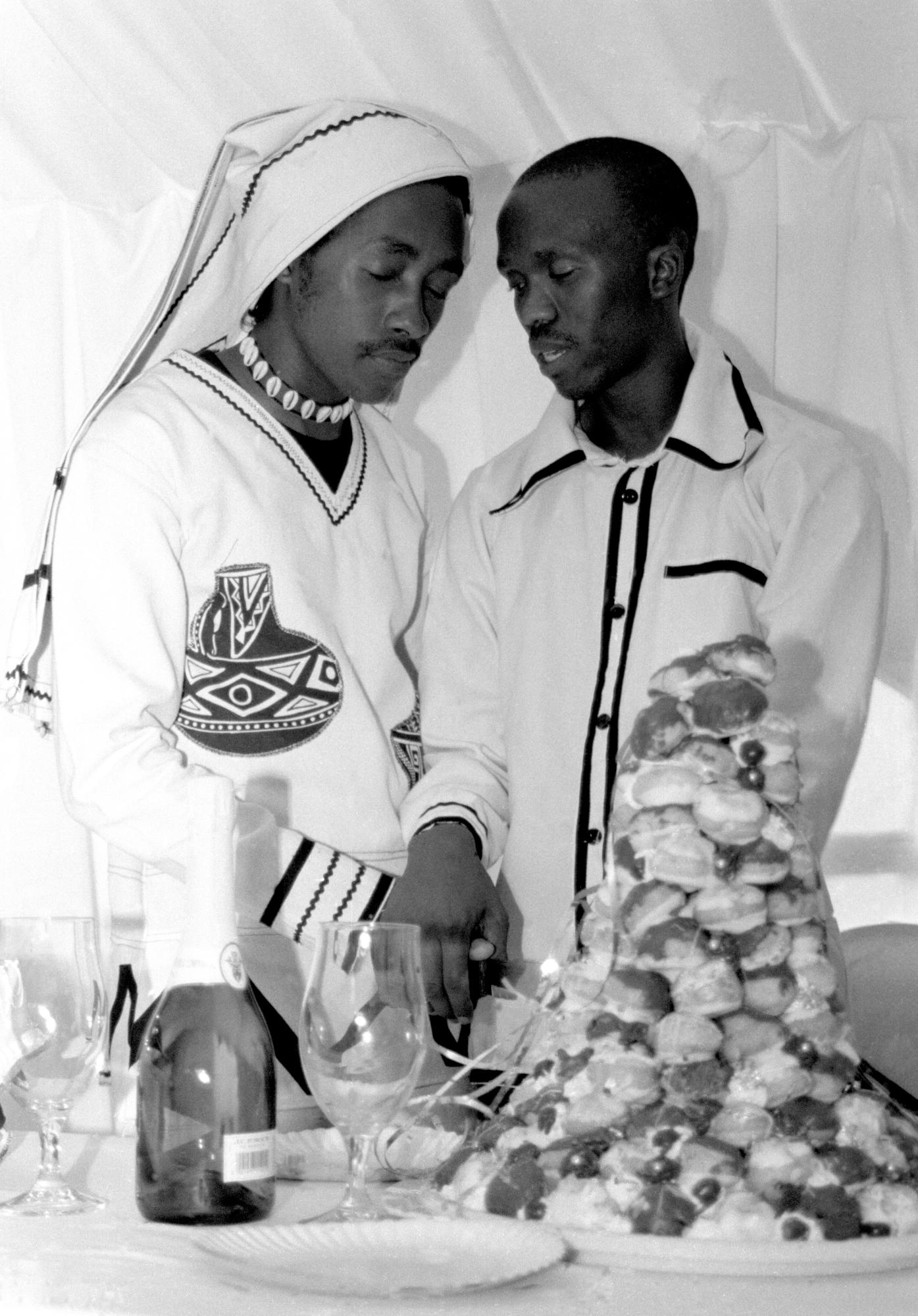 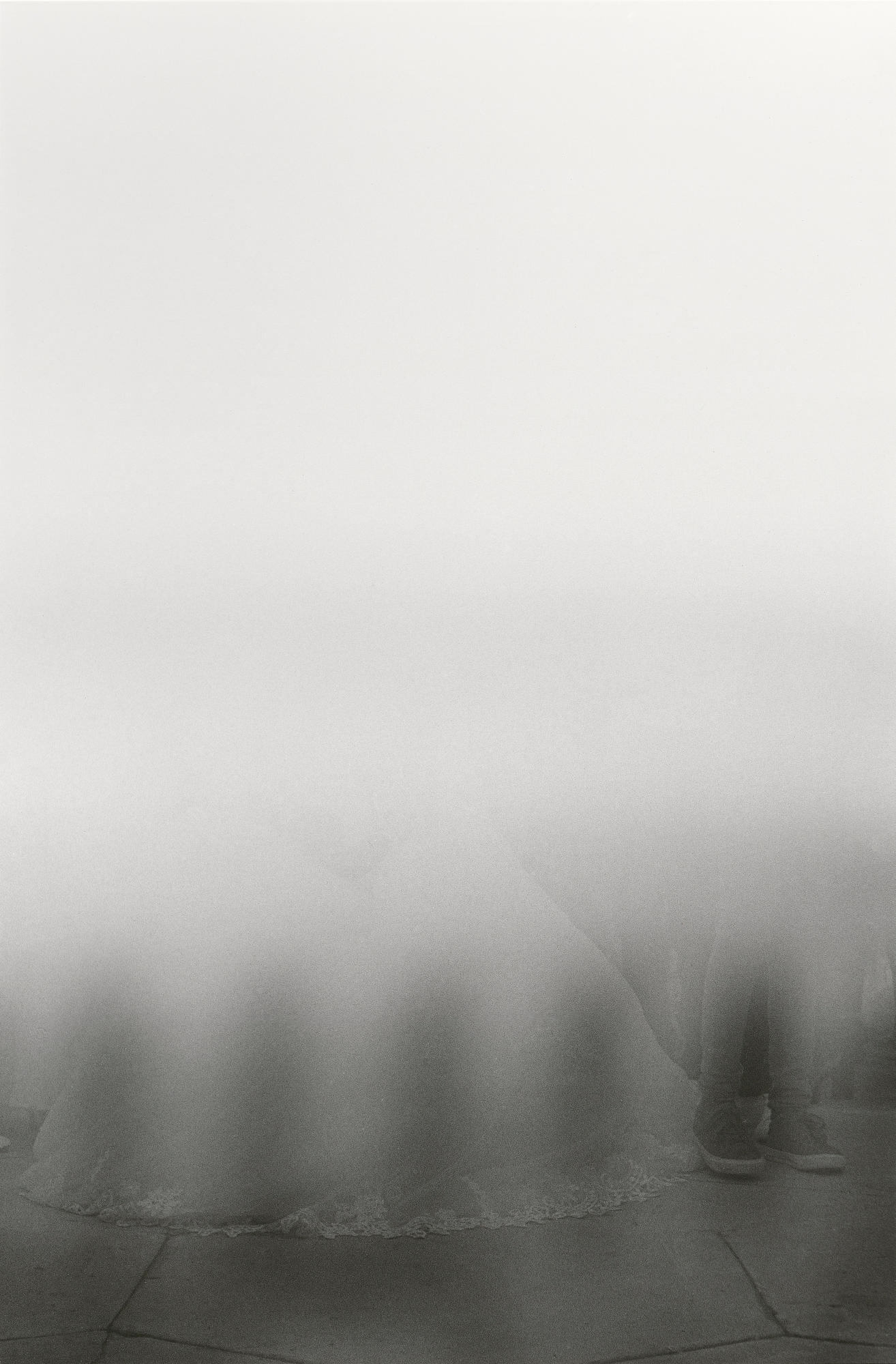 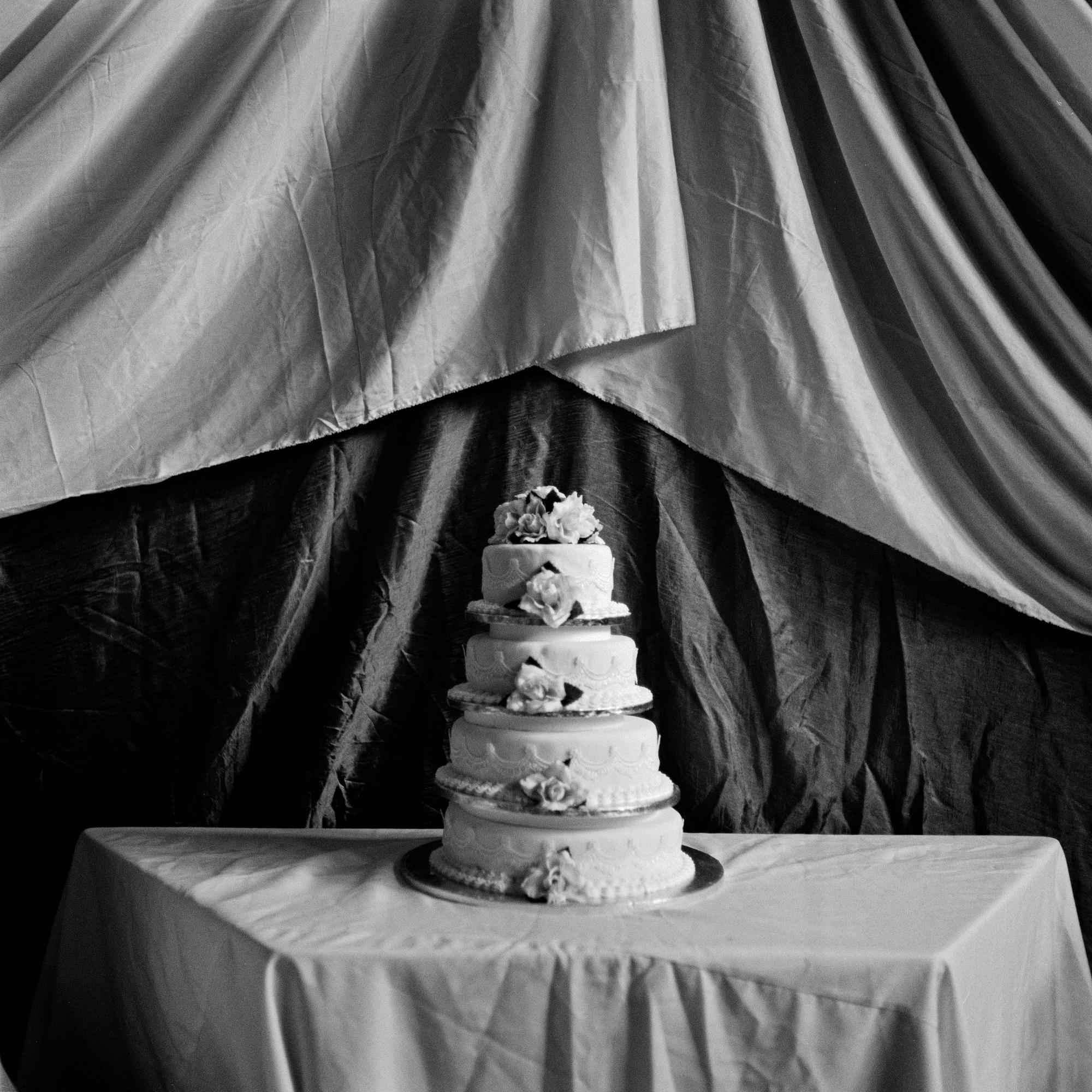 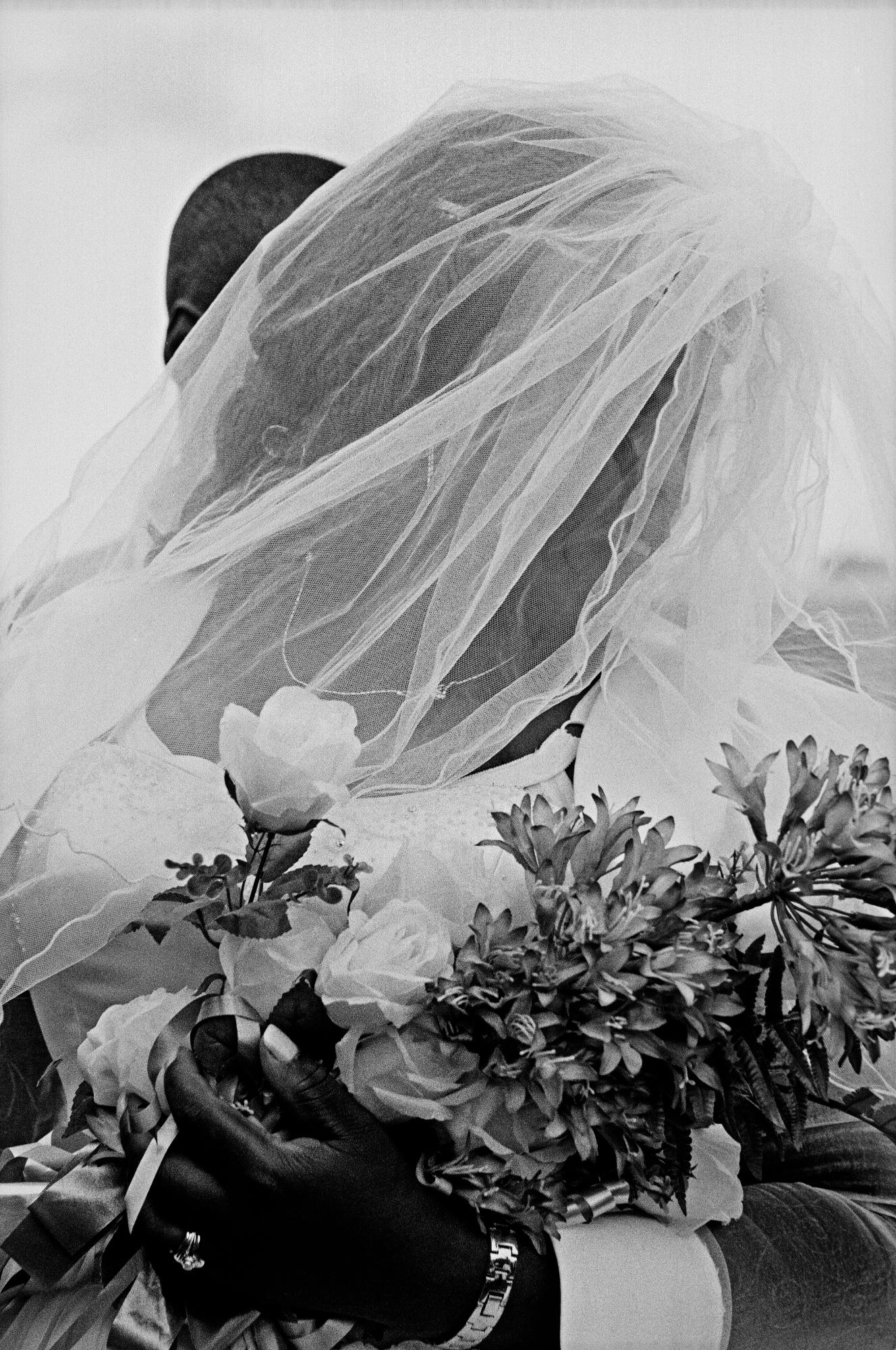 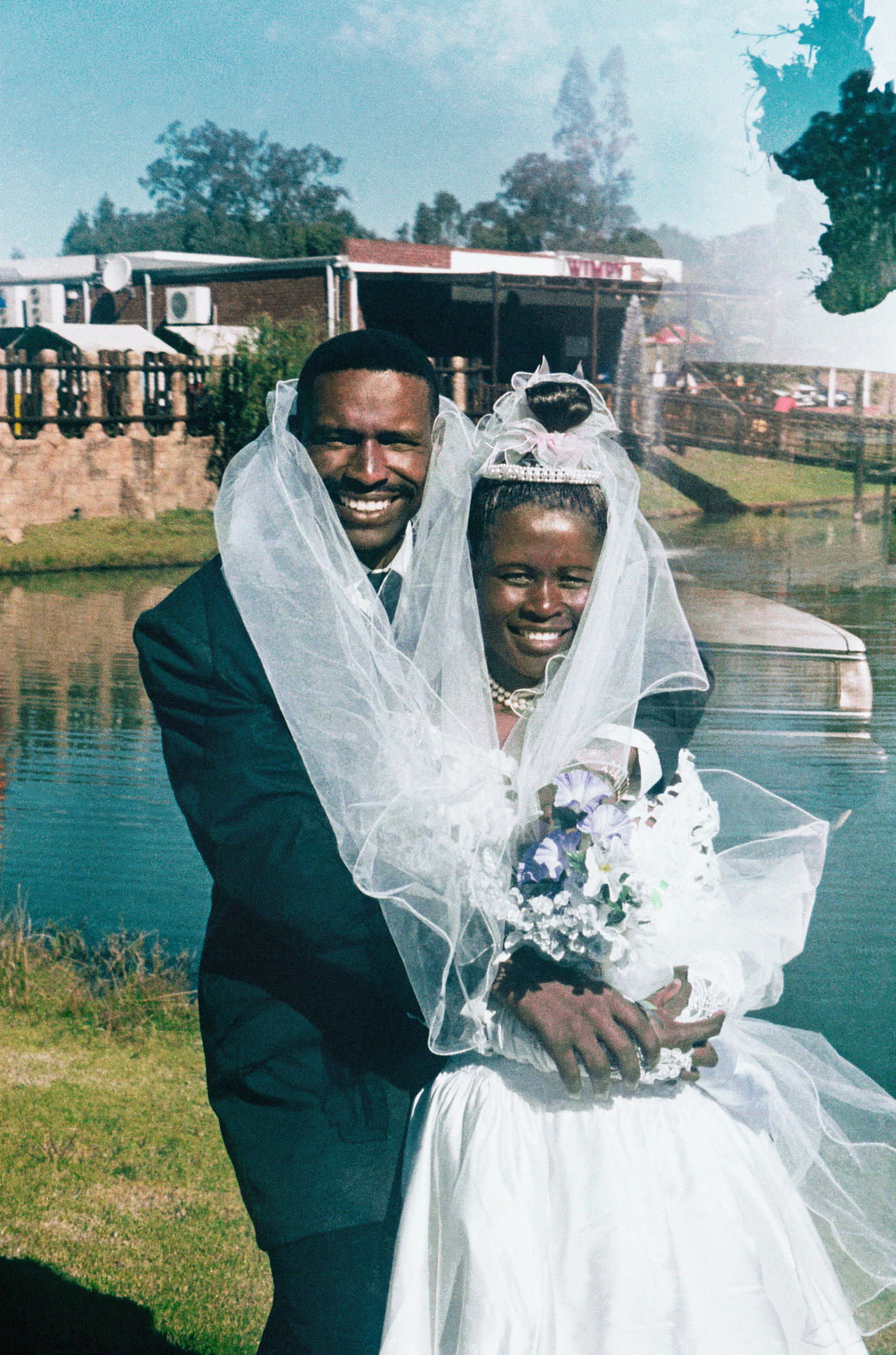 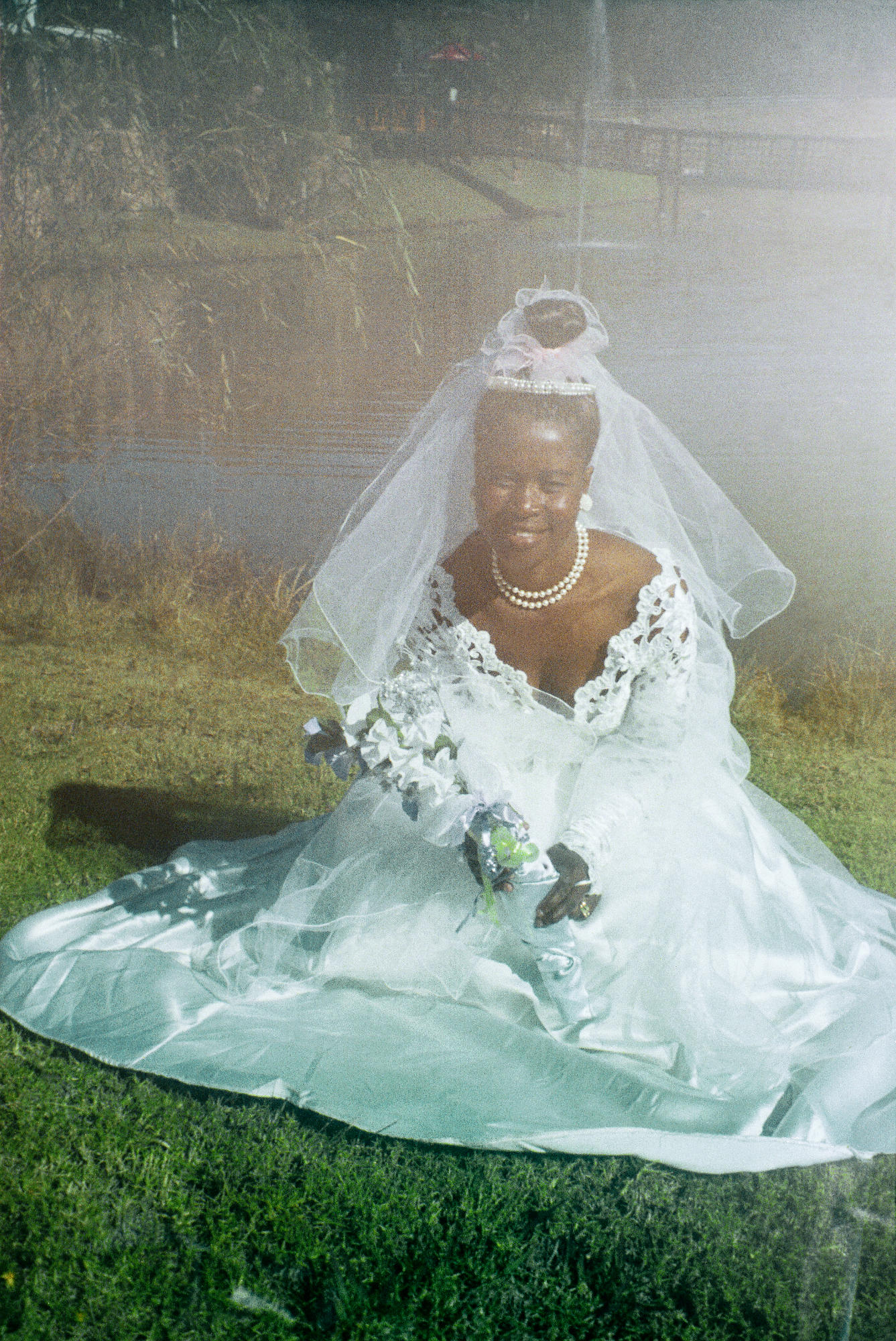 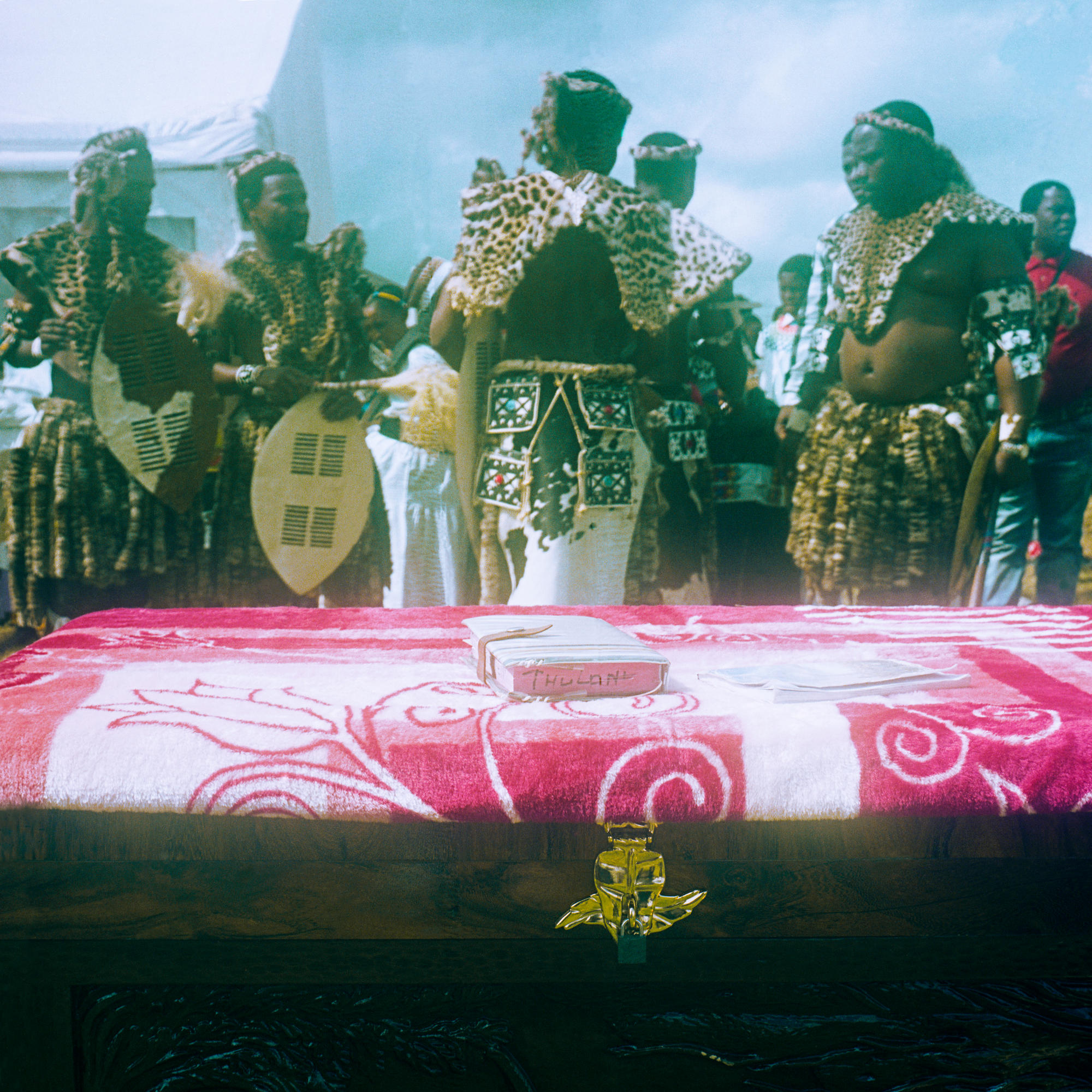 Sabelo Mlangeni. Thulani. Ibhayibheli before us, 2017 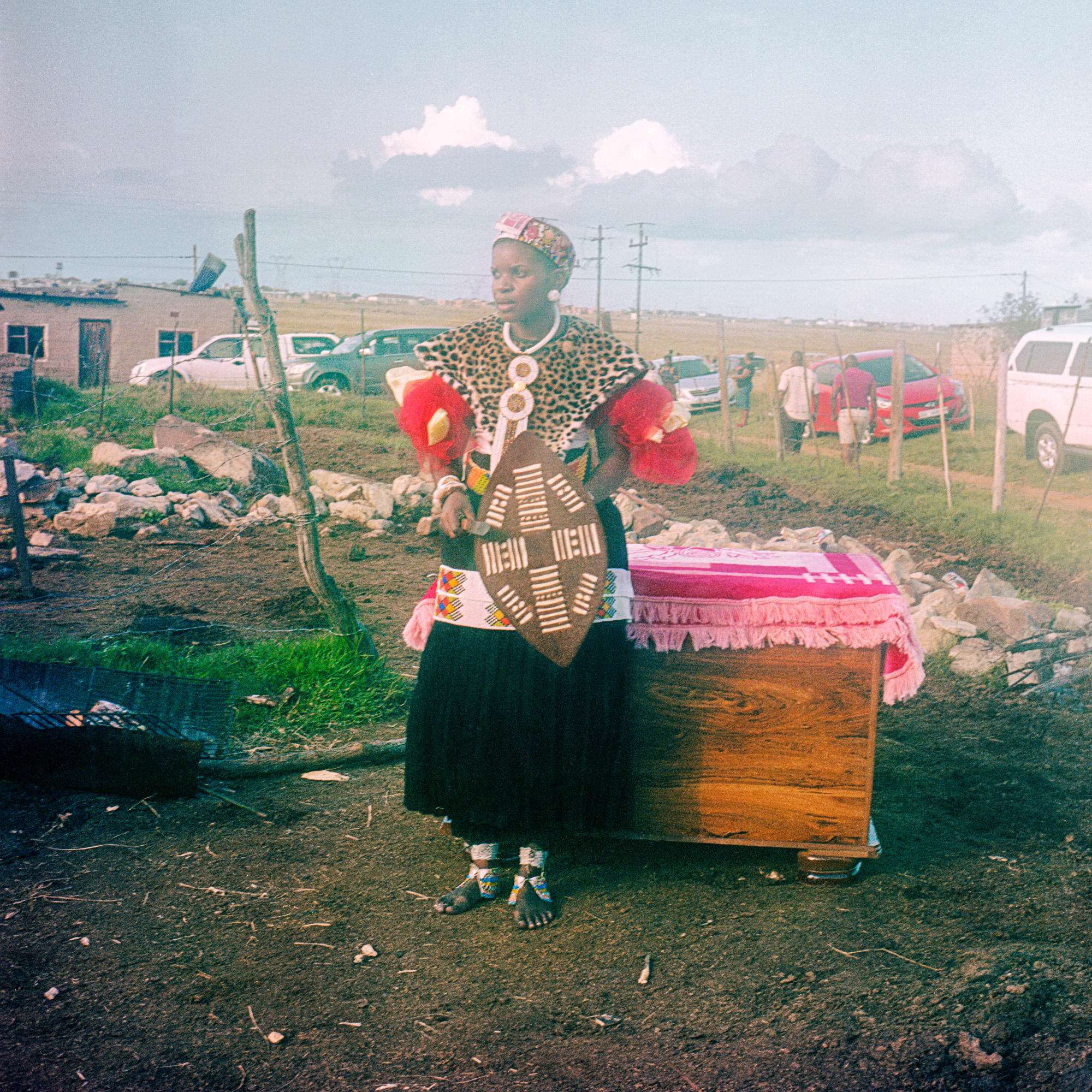 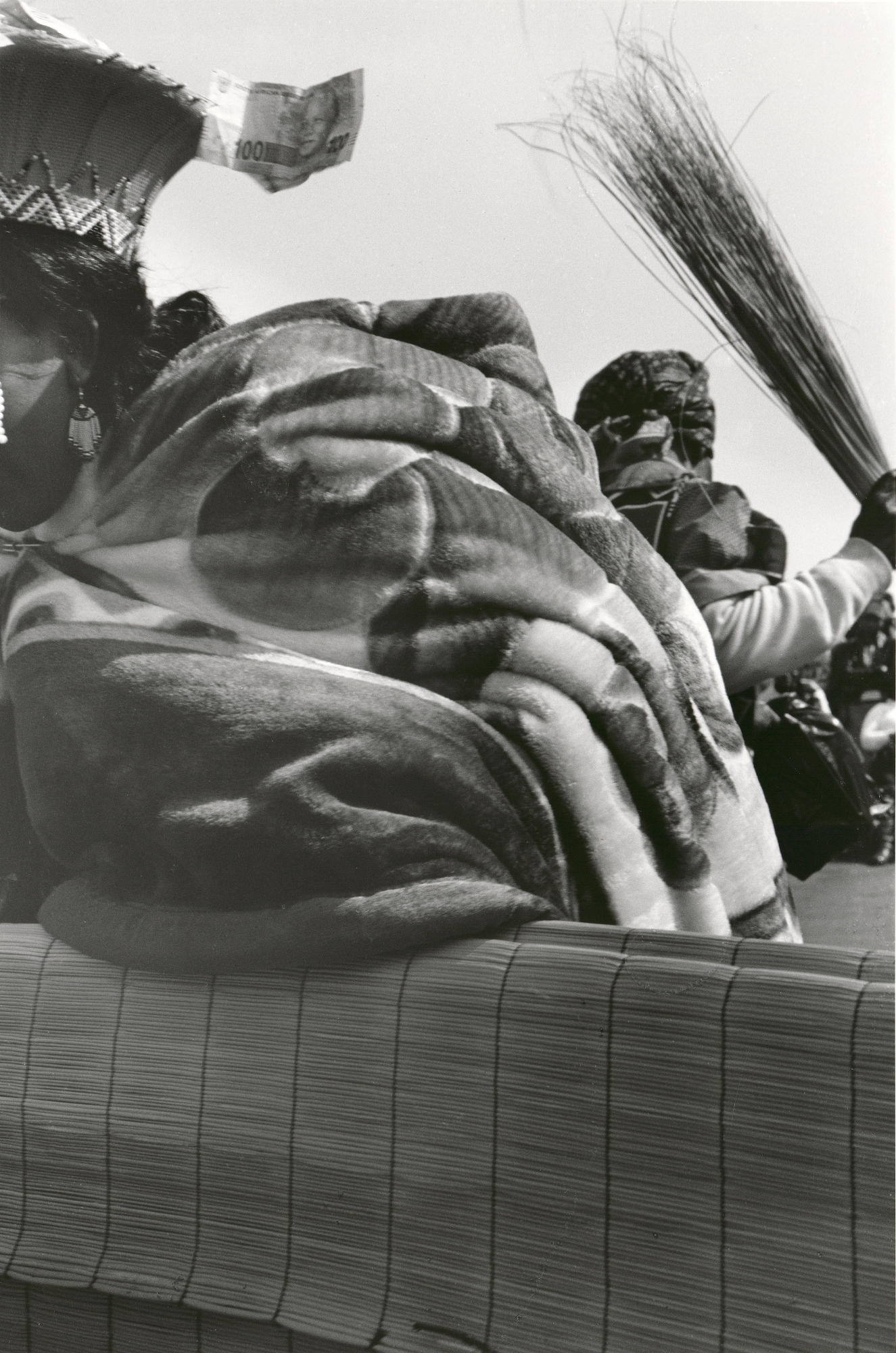 For nearly 30 years Sabelo Mlangeni – well known for projects such as Invisible Women, and earlier on show in Huis Marseille in the exhibitions Recent Histories (2019) and Apartheid & After (2014) – has photographed marriages in South Africa, Lesotho, Mozambique and Swaziland. The exhibition Isivumelwano is the first to present a large selection of this extensive photographic archive. The photographer captures a wide variety of rituals, traditions and celebrations in intimate images, magnifying ‘the systems we exist in (and against)’.

The documentary work of the South African photographer Sabelo Mlangeni is characterized by his conscious choice of themes, subcultures and minority groups that usually remain invisible. In his visual essays he follows a wide variety of people in the course of their daily activities – from Zionist Christian church communities in Mpumalanga (The Night Vigil of the Believers) and working-class women who clean Johannesburg’s streets at night (Invisible Women) to the ‘house’ culture of members of Lagos’ queer community (The Royal House of Allure). Mlangeni’s special interest in the concept of community, and how it is created, recurs in all these projects. He often spends weeks, months, or even years with those he has decided to photograph, creating a mutual bond. As a result, the photographer succeeds in creating images of a particularly intimate nature.

The title Isivumelwano comes from Nguni, a group of languages (to which Xhosa, Zulu, Ndebele and Swati also belong) that is spoken in several different Southern African countries. The word means ‘contract’, ‘agreement’ or ‘alliance’, and here it is synonymous with the marriage ceremonies in Black communities that Mlangeni documented in southern Africa. In a series of 70 hand-printed images, which have never been shown before, the viewer is invited to join almost as many ceremonies, very diverse in nature. Lovingly depicted couples who do not conform to heteronormative standards, local populations, and cultural traditions all challenge traditional notions of the ‘white wedding’.

The ultimate expression of freedom

With this exhibition Mlangeni reflects on a period that began almost 30 years ago, when he first started documenting marriages in South African townships as a ‘cameraman’ – a common job for novice photographers. It was a critical time for the future of the country, which elected its first ever Black majority government in 1994. It marked the end of years of negotiations to end apartheid rule, and gave new freedoms to Black, broken generations. At the same time, this turning point ushered in a tumultuous era in which coexistence had to be redefined.

Isivumelwano is both a celebration and a critique of the relationships we maintain with others. According to Mlangeni, the project magnifies ‘the systems we exist in (and against)’. This critical note is not immediately apparent in Mlangeni’s images, however; the history of cruelty and injustice is hidden behind a ceremonial veil. The foreground is deliberately given to the strongest antidote to hate and violence: love. ‘As the American author, feminist, and social activist Bell Hooks understood, expressing love to one another is the ultimate practice of freedom,’ writes the art critic Emmanuel Balogun in relation to the work. Mlangeni uses his camera to capture special, intimate moments during wedding ceremonies. By bringing these moments together in a series, Balogun suggests the images become more than just a documentation of the rituals: ‘The camera’s intervention magnifies the ritual of love as a formal act that drives cultures from subjugation to celebration. As a political unifier, the contract – love – becomes a force of liberation.’

In the series, Mlangeni immerses the viewer in the unforgettable days that the bridal couples experience in the company of their clan members. He portrays celebrants who have come from far and wide to bear witness, to congratulate the couple, and to fulfil their role in the ceremony. We see faces glowing with pride, while others are plagued by melancholy or nerves. Relatives with specially-brought delicacies, cattle and other gifts are highlighted, as well as the importance of material aspects of a wedding, such as the wedding cake, and guests dressed in western clothing.

The unions are held in churches or town halls, in open grasslands or shadowy hideaways, and challenge the image of the traditional white wedding. They show Mlangeni’s personal definition of love, one which breaks with fixed role patterns and stereotypes. ‘Isivumelwano is a testament to the workings of love, which involves many and is often a tale of how it is denied – despite being owed to all,’ writes Balogun.

Sabelo Mlangeni (Driefontein, 1980) moved to Johannesburg in 2001, where he studied at the Market Photo Workshop, a prominent training institute for photographers initiated by David Goldblatt in 1989. Since graduating in 2004, his work has been exhibited locally and internationally on a large scale, including at Huis Marseille in the exhibitions Recent Histories (2019) and Apartheid & After (2014). His work has been acquired for many public and private collections, including Tate Modern, the San Francisco Museum of Modern Art, the Johannesburg Art Gallery, the Walther Collection, the Art Institute of Chicago, and Huis Marseille.

The exhibition is accompanied by a new publication, designed and published by Hans Gremmen: Isivumelwano (Amsterdam: FW Books, 2022).

The exhibition was created in collaboration with blank projects in Cape Town.

Isivumelwano is part of Huis Marseille’s summer programme 2022, titled The beauty of the world so heavy, which includes the following exhibitions: