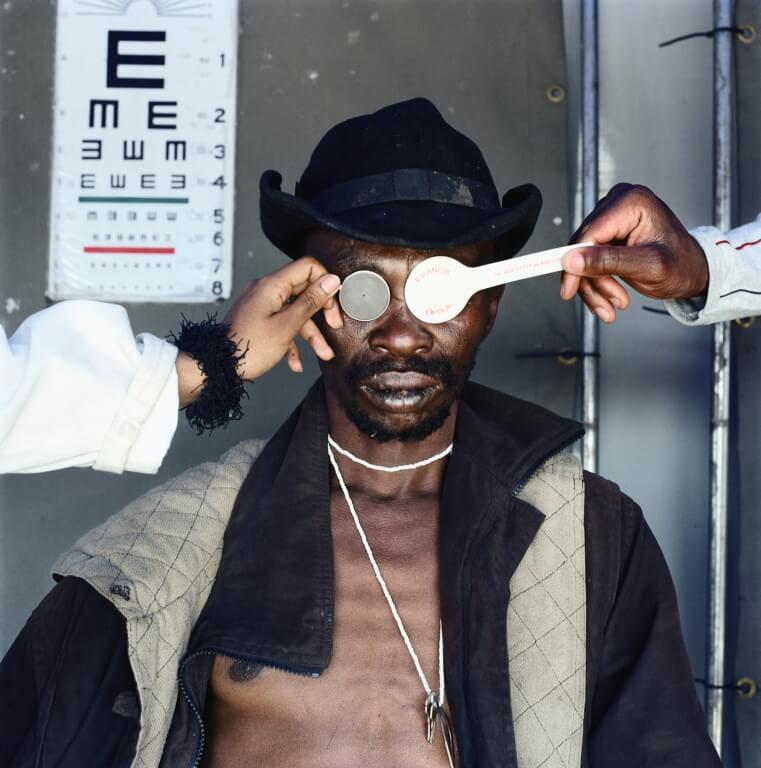 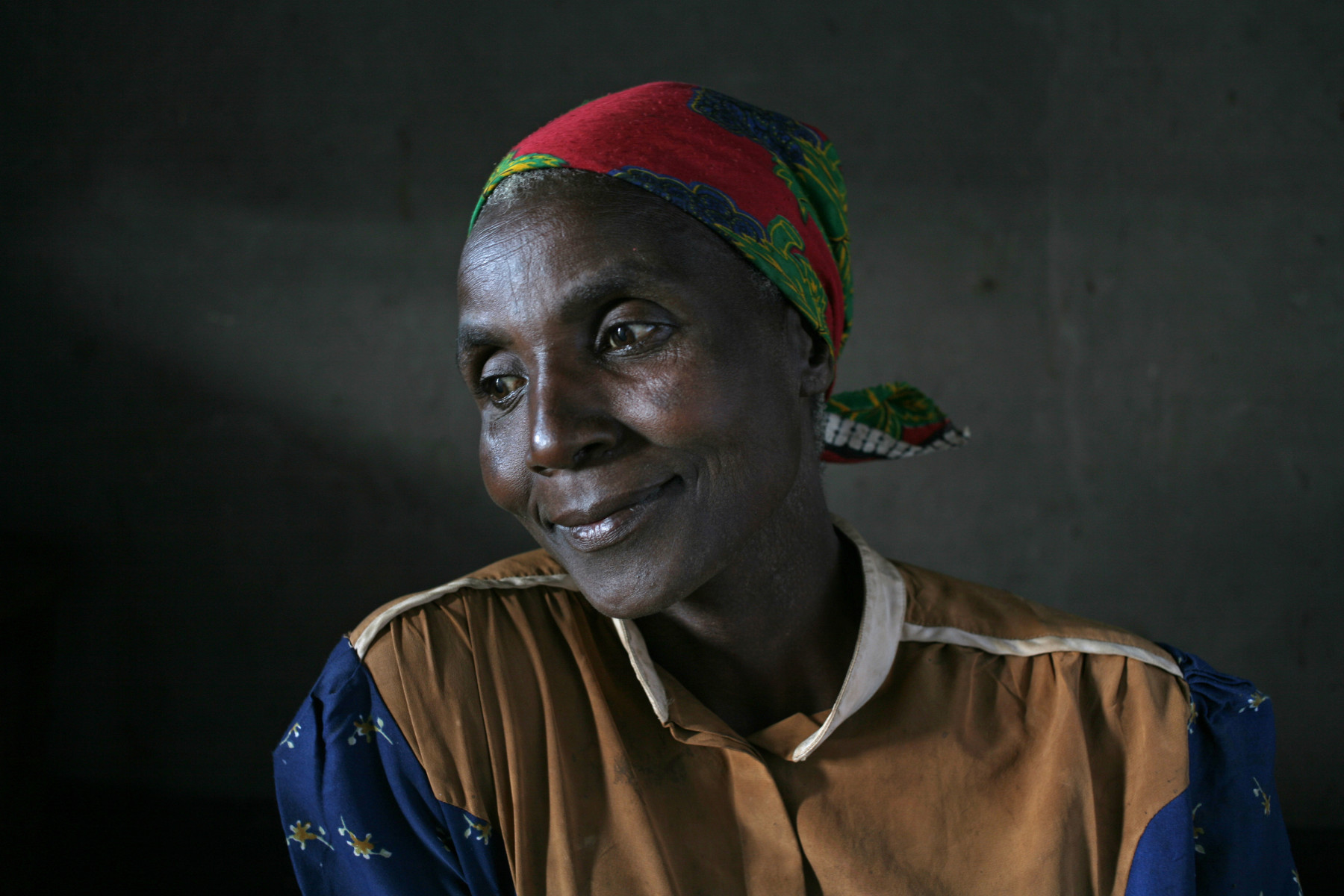 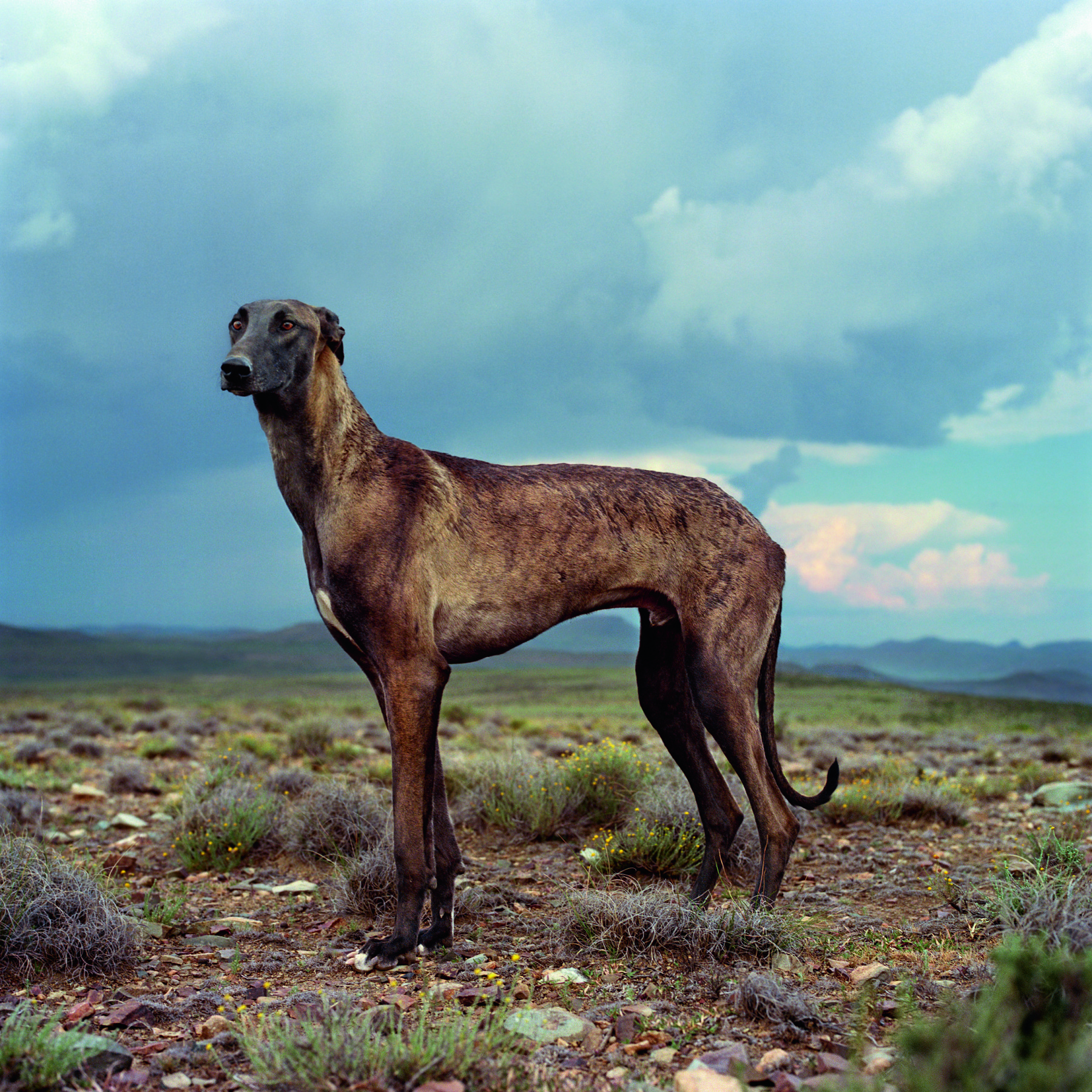 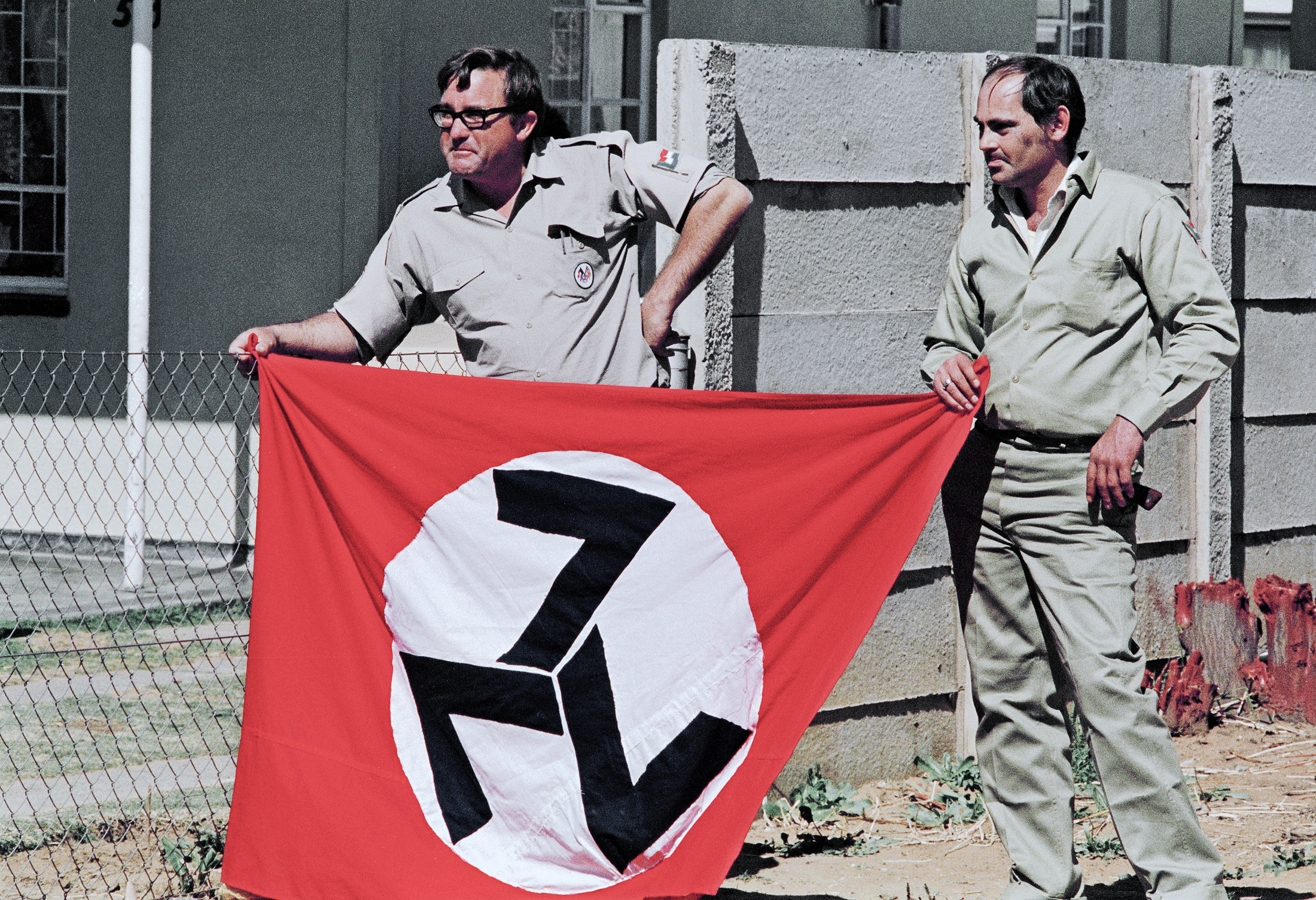 The exhibition Apartheid & After reveals how powerfully the recent past can colour our perception of the present; this theme runs through the work of all twelve participating photographers after 1990. However powerful the individual images may be, this is photography with a hidden agenda – in a positive sense of the word. Knowledge of the past brings the present into sharp focus, and vice versa. It’s a tightrope act. Being a photographer in South Africa demands a sober, articulate, and skilled approach to the country’s burden of memory, trauma, and resulting guilt, as well as to the mysterious colouring and extravagant beauty of Africa so eagerly exploited by today’s tourist industry.

The exhibition Apartheid & After, which is based on an idea by David Goldblatt, aims to display the quality, diversity and dynamism of contemporary South African photography to a Dutch audience; there are, after all, historic links between the two countries. Today, twenty years after South Africa’s first-ever free elections were held in 1994, Goldblatt is not alone in having a solid international reputation; he is joined by Guy Tillim, Jo Ractliffe, Santu Mofokeng, Zanele Muholi and Pieter Hugo, as well as by a new cohort of younger photographers such as Mikhael Subotzky, Daniel Naudé, and Sabelo Mlangeni. The dynamism and breadth of contemporary South African photography is due in no small part to the Market Photo Workshop in Johannesburg, where – under John Fleetwood’s leadership – many remarkable talents have emerged over a comparatively short period of time.

The exhibition opens with Goldblatt’s own series Particulars (1975), close-ups of a multicultural society at leisure in Johannesburg parks. These telling images of clothing and body language speak volumes about human relations at the time. The exhibition then fans out; almost every photographer is given their own museum gallery and explores their own, often contemporary, theme. Jo Ractliffe, for instance, is showing her recent Borderlands series (2013), sober black-and-white images of locations from which the SADF (South African Defence Force) operated during the war in Angola, while Pieter Hugo’s Kin (2013) portrays today’s Afrikaners. Elsewhere there are forays into the past; for example, Democratic Portraits by the late photographer Paul Alberts, whose portraits of so-called ‘forgotten citizens’ in the city hall of Majwemasweu, a township in Free State, were originally intended simply as ID photographs. In 1994 these photographs also gave some of South Africa’s poorest inhabitants the right to take part in the first democratic elections to be held in the country since the Apartheid years, so today these ‘small’ portraits strike us as monumental. Petros Village (2006), made in Malawi, is Guy Tillim at his most lyrical and uncomplicated. Excerpts from Santu Mofokeng’s Bloemhof Series (1988) show us what it was like to live as a tenant on a white man’s farm, or in the isolation of a township. They stand in stark contrast to Hugh Exton’s portraits, taken around 1910 in the small settlement of Pietersburg (now Polokwane). Exton took photographs of every person – rich and poor, black, white and coloured – who came to his studio. He portrayed everyone with the same care and respect, drawing no distinctions between them, which was most exceptional in South Africa at that time. Exton’s work, shown here for the first time ever outside the country, paints a proud picture of an early, thoroughly multicultural South African community.

The new South Africa is revealed as a country with many faces, and the ways its complex past is affecting its present is a tangible theme in the work being shown by all twelve photographers. If the younger photographers’ work takes a little more distance, perhaps, from the past than that of their older colleagues, the viewer’s own mental images might quickly re-establish this connection. Daniel Naudé’s contemporary animal portraits are a good example of this; even here, visual associations with the way life used to be in the country, and connections between people and animals, inexorably push their way to the foreground. In Apartheid & After the past is alive and kicking, but historic facts are brought into a visual dialogue with the world of today – history is key to the present, and vice versa. In the history of South African photography, political upheaval imposed an urgency which in turn led to today’s rich and diverse spectrum of positions – with no comparison yet in sight. Good photographs are the telling details of a greater whole, and in this exhibition it is precisely the special filtering of detail – a myriad of deceptively simple things – which so clearly delineate the broad sweep of history.

This exhibition was realized with thanks to: Charmaine Alberts, the Center for Film and Media Studies at the University of Cape Town, Goodman Gallery, David Goldblatt, THE EKARD COLLECTION, Stevenson Gallery, the Hugh Exton Museum of Polokwane, and Henriet Potgieter.