In the Spirit of Nature 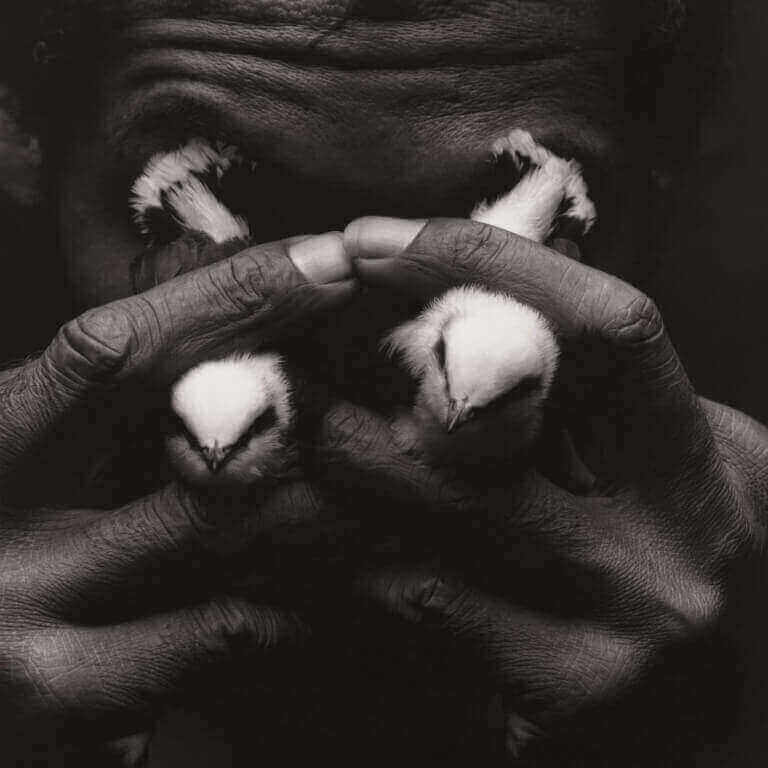 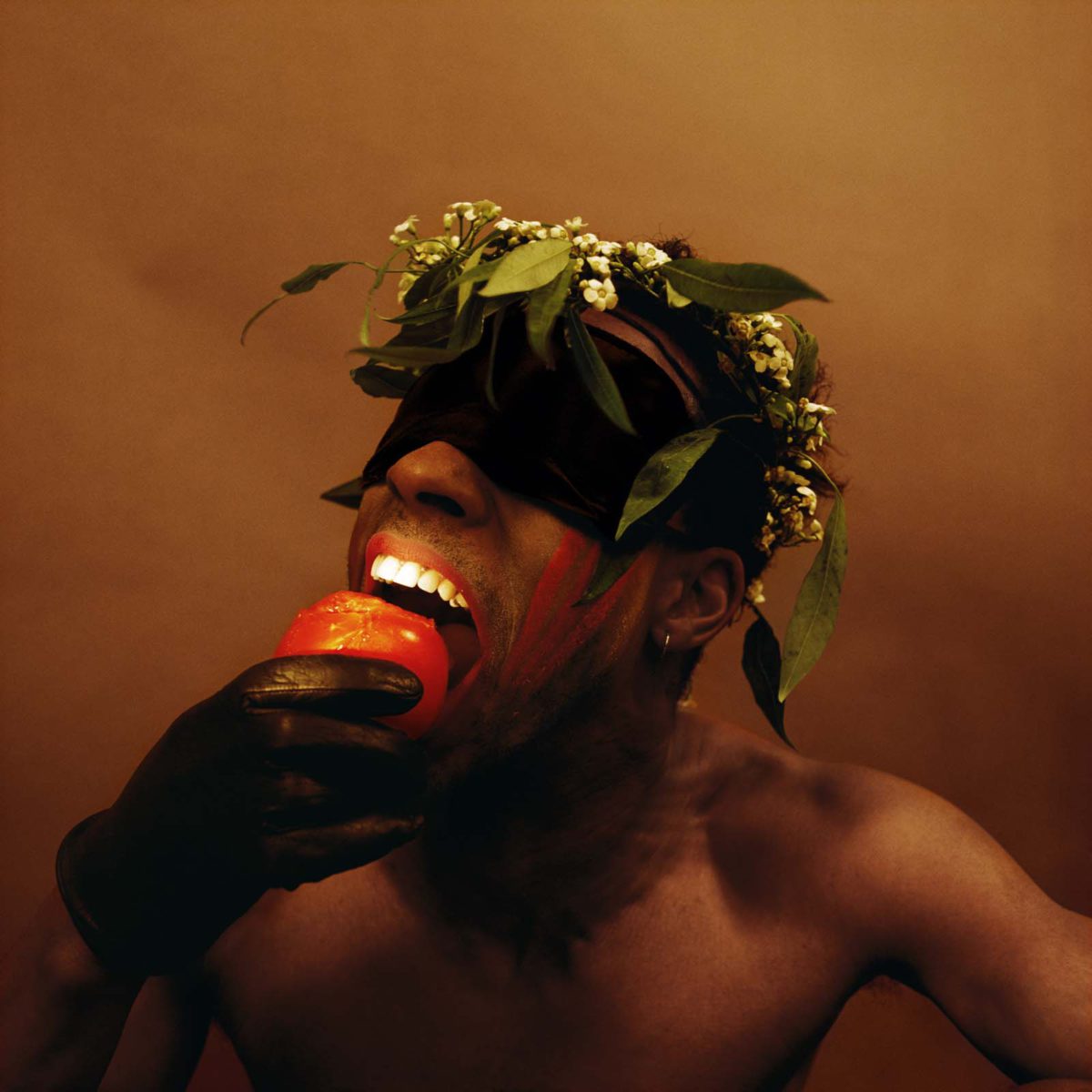 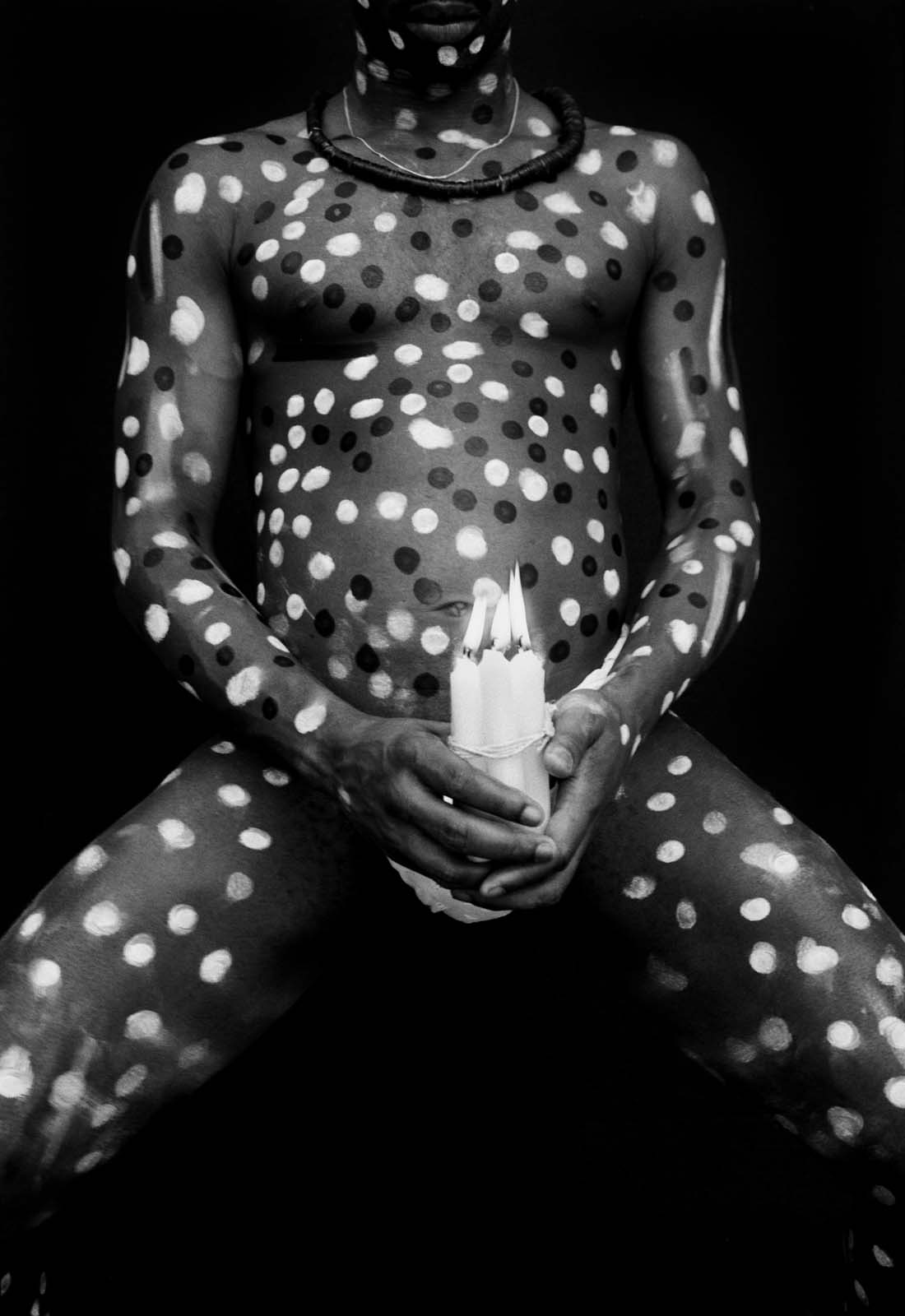 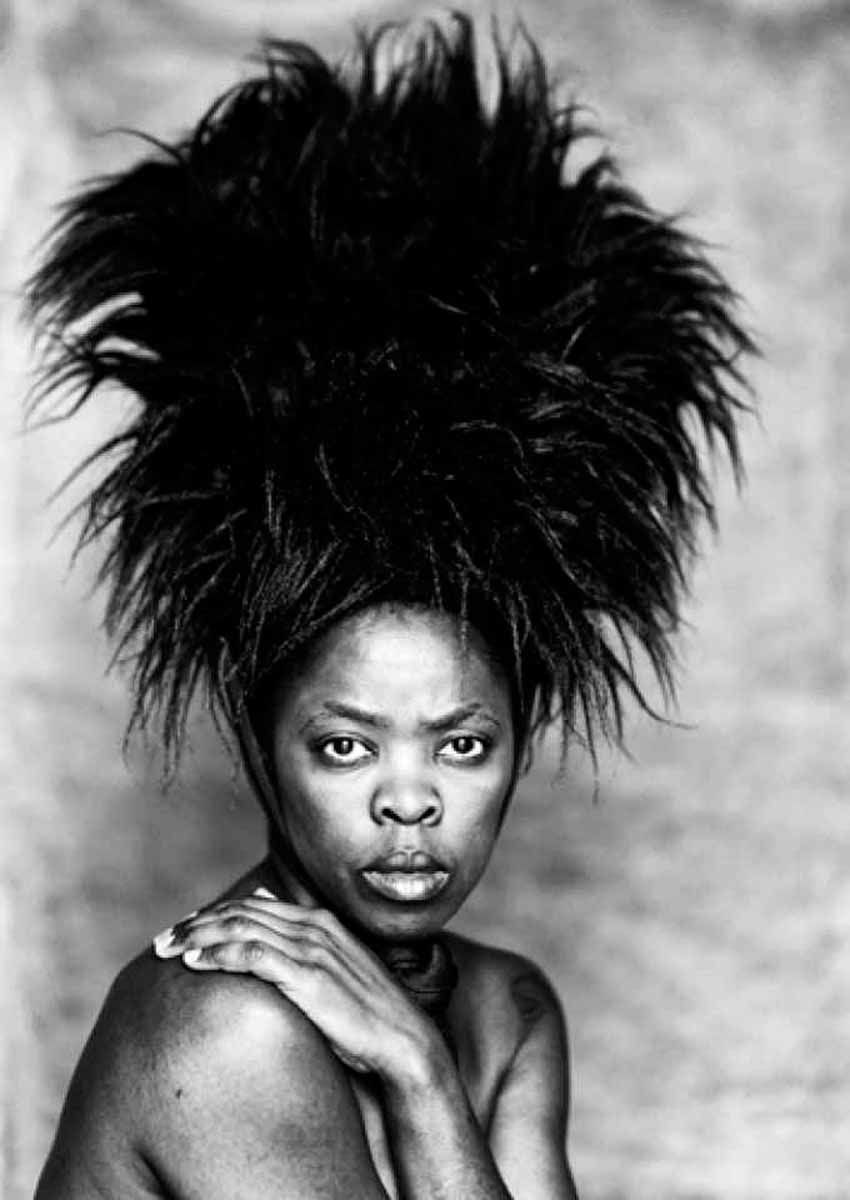 Spirits of life and death haunt the photographs of the German missionary Martin Gusinde (1886–1969), the Nigerian photographer Rotimi Fani-Kayode (1955–1989) and the Brazilian photographer Mario Cravo Neto (1947–2009). Although these three photographers have very different oeuvres, they are linked in this exhibition by the way each of them has made the visual expression of invisible powers the subject of their work. The props with which their models are shown are for the most part taken from the natural environment, making it all the more arresting how everyday objects can take on spiritual connotations when used in a ritual context.

The spirit of an exterminated tribe

Death and spirit are almost literally present in the photographs made by the German missionary and ethnologist Martin Gusinde of the aboriginal inhabitants of Tierra del Fuego between 1919 and 1924. The Selk’nam, one of the three tribes he photographed, had lived and hunted there for thousands of years until they fell victim to genocide in the second half of the twentieth century, murdered by bounty-hunters on behalf of gold diggers and cattle farmers – and also dying from illnesses brought on by missionaries. It is nevertheless thanks to a missionary, Martin Gusinde, that we have photographs of one of the last ‘Hain’ ceremonies held by the Selk’nam, in 1923, by which time their numbers had been reduced to about a hundred. During many years of fieldwork Gusinde made 1200 photographs, most of them portraits. This oeuvre is central to the monograph Martin Gusinde. L’esprit des hommes de la Terre de Feu, published in 2015 by Xavier Barral, who had become fascinated by images of the original inhabitants of Tierra del Fuego that he saw in Chile in the 1980s. A selection from this book, including the ‘Hain’ ceremony, can now be seen in Huis Marseille.

The ‘Hain’ was a spectacular initiation ritual for young men, held only once every few years. The men wore masks and were painted from head to toe with red ochre, white stripes and spots, the idea being that this ‘spirit painting’ would frighten and subdue the women. One of the most important of these spirits was a favourite of the women, the ‘Ketérnen’, who represented an ‘especially beautiful baby’ whose skin and mask were entirely covered with down feathers stuck into the red ochre.

The Selk’nam achieved the magical, unnerving effect of their disguises using entirely natural elements such as red ochre, white stripes and down feathers. Everyday objects were given a spiritual power in the context of a ritual with dangerous and forbidding overtones.

The Brazilian photographer Mario Cravo Neto (1947–2009) was strongly inspired by the Afro-Brazilian religion of candomblé. Elements of this religion come from the Yoruba culture, brought to Brazil by African slaves, but as a ‘heathen’ religion candomblé was forbidden in Brazil until as late as the 1970s. Cravo Neto was born in Salvador de Bahia, in north-eastern Brazil, the cradle of candomblé, and he made several photographic series – both in colour and black and white – that were inspired by this religion. The black and white photographs in this exhibition belong to a selection of 136 photographs dating from between 1977 and 2000 that Cravo Neto published in his photo book The Eternal Now (2002). Candomblé arose out of an oral tradition and has no holy scripture, so Cravo Neto’s photographs are a visual expression of the experience of candomblé in the 20th century. His sculptural photographs have an undeniably magical quality. Spiritual powers are rendered almost visible and tangible in photographic compositions that include animal, vegetable, and human elements.

Roots in the Yoruba culture

An invisible line runs from the work of Cravo Neto to the photographs of the artist Rotimi Fani-Kayode (1955–1989), who was born in Nigeria where his father occupied a key position within the Yoruba community: the Kayodes were ‘keepers of the Shrine of Yoruba deities and priests of Ife.’ The Yoruba are an ethnic group who share a language, religion and culture, who live in politically autonomous city-states, and who have their own king. From the 18th to the mid-19th centuries large numbers of Yoruba people were transported to Brazil as slaves. Fani-Kayode’s studio photography, in which he uses models, can be read as theatrical scenes that explore issues such as race, sexuality, pleasure, desire, and in particular, identity. He saw himself as an outsider because he was homosexual, because he lived abroad, and because he was not the respectably married professional that his parents had hoped for. In his work he played with the grey area between black and white, gay and straight, acceptance and taboo. In the words of Mark Sealy, the director of Autograph ABP, he applied what Yoruba priests and artists call the ‘technique of ecstasy’ in which ‘concepts of reality are distorted or disrupted to produce ambiguous meanings’: meanings replete with a symbolism that remains obscure to those uninitiated into the Yoruba culture. In 1988 Fani-Kayode became the co-founder and chairman of Autograph ABP – the Association of Black Photographers in London. A year later he died, aged 34, of AIDS. Autograph ABP has managed his archive since 1992.

The magic of the object

The work of Martin Gusinde, Rotimi Fani-Kayode and Mario Cravo Neto is being shown alongside the exhibition Shores Like You by Scarlett Hooft Graafland, which includes photographs she made on Socotra, in the Vanuatu archipelago, and in the Dubai desert. With her characteristic visual lightness, Scarlett Hooft Graafland’s photographs evoke a pristine world. The primal locations she seeks become both setting and context for her staged installations. In these seemingly virgin landscapes she employs a handful of fanciful or ephemeral materials to call forth weighty associations. Her formal idiom holds not just humour, but also frequent references to current global problems such as overfishing, climate change, and rising sea levels. Scarlett Hooft Graafland makes use of the natural environment in combination with objects that acquire a new significance in an alien context. Although they do not set out to ascribe religious or spiritual values, her photographs attest to the power – and the magic – of the object.

Besides the above-mentioned exhibitions, work is also being shown by the South African photographers Zanele Muholi and Guy Tillim and the Eritrean artist Dawit Petros.