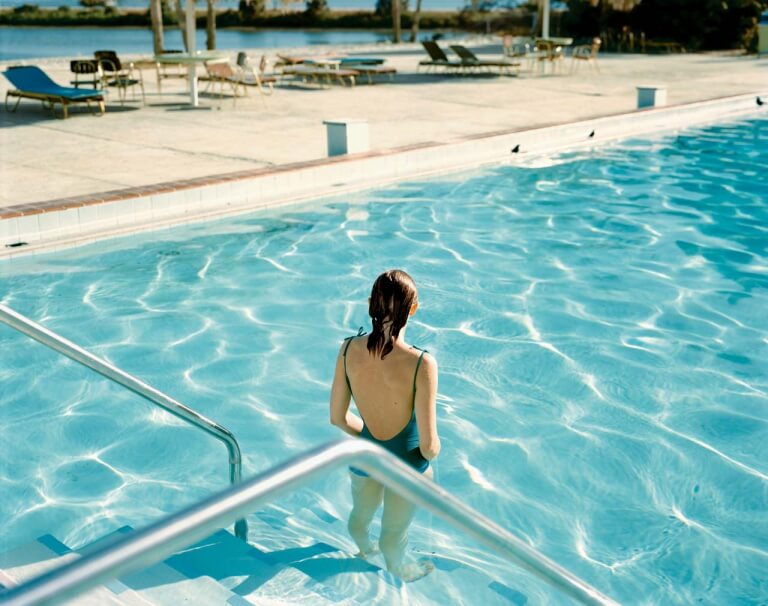 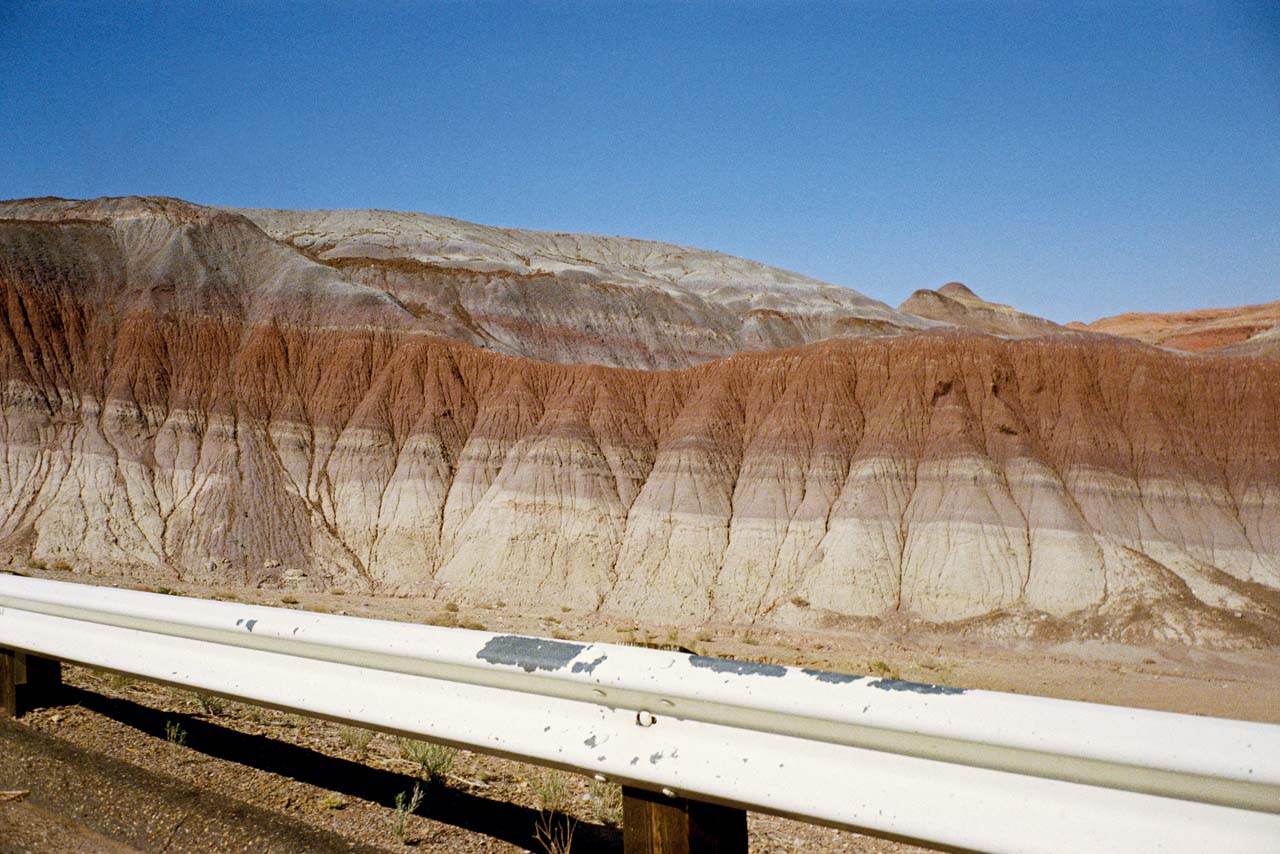 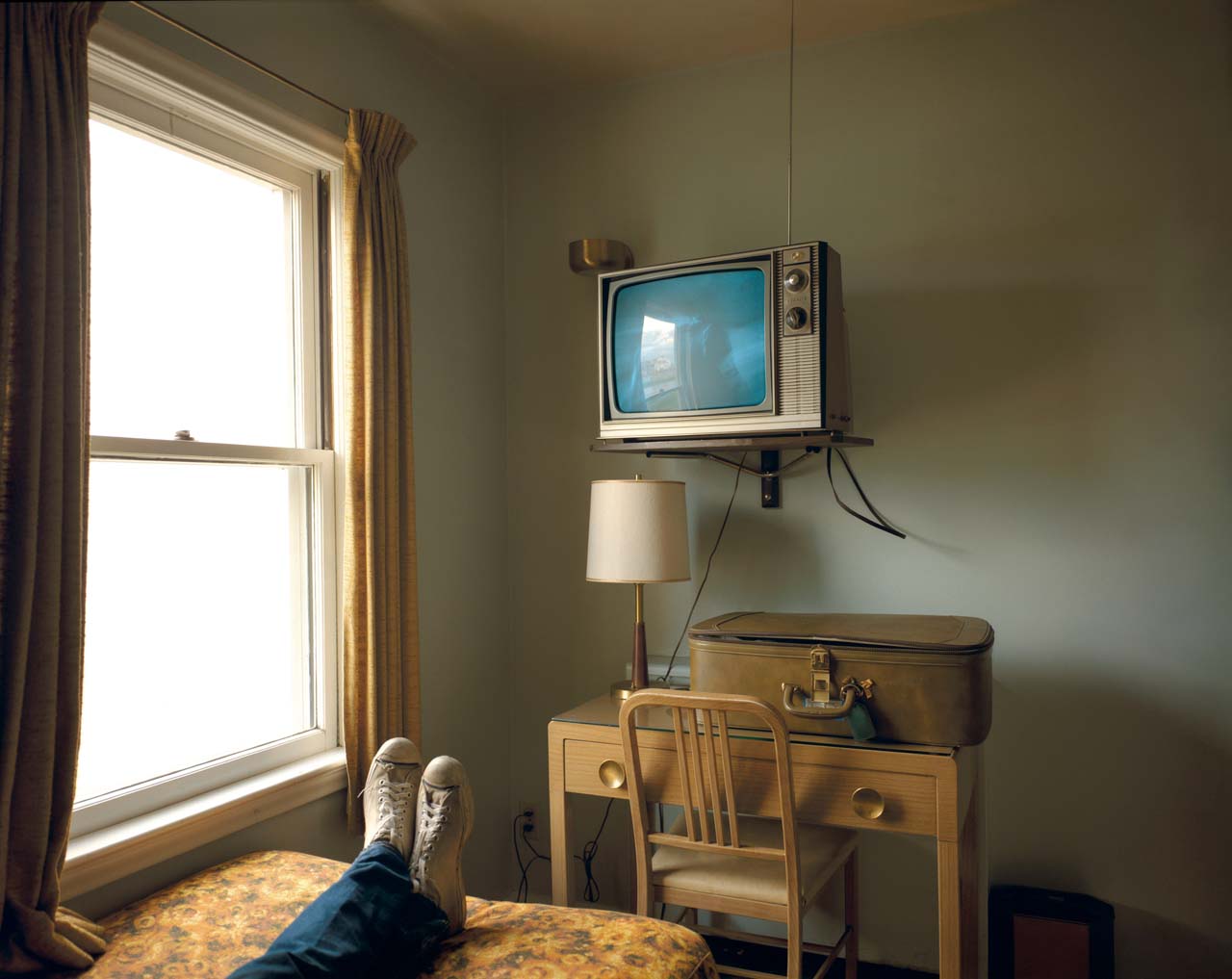 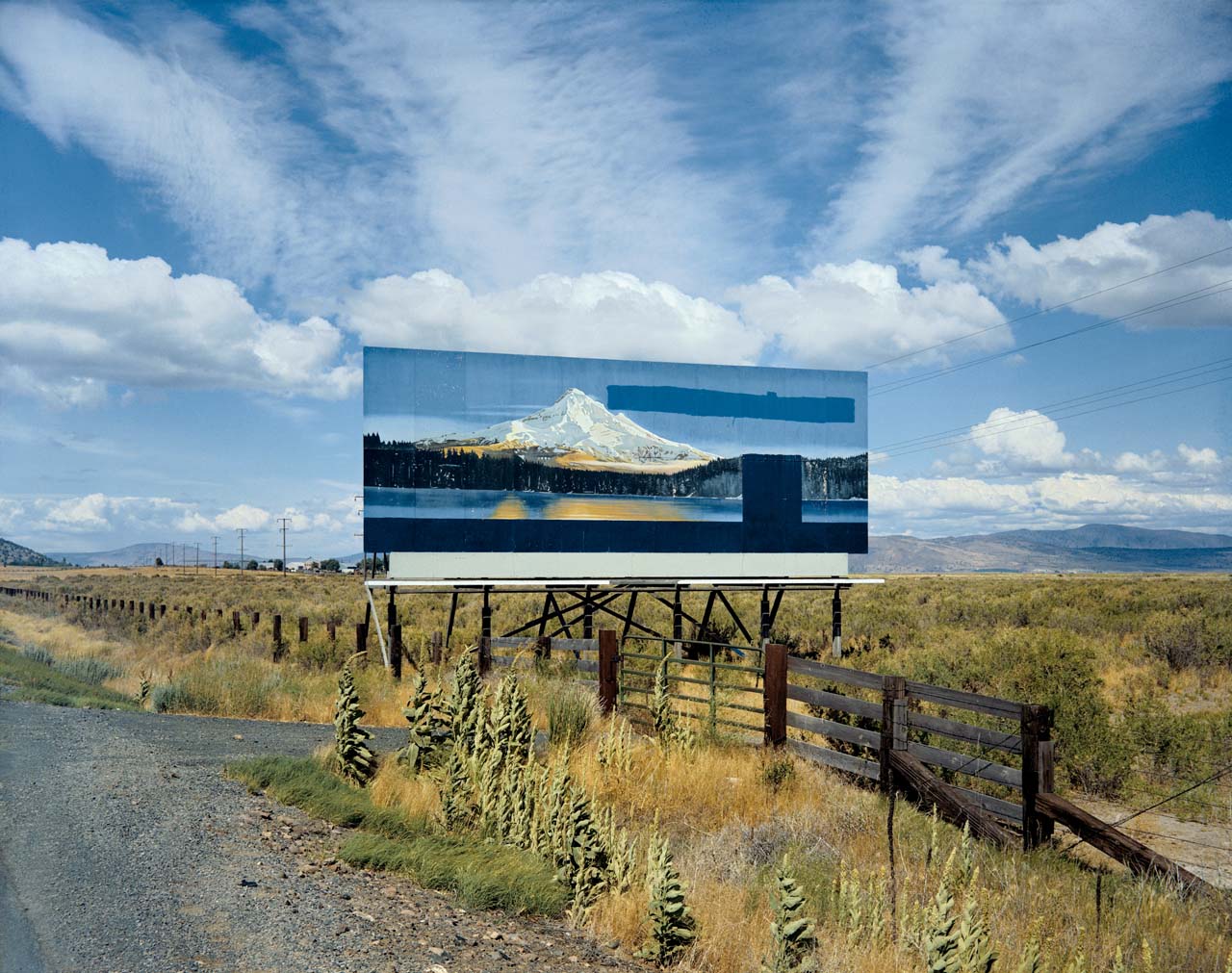 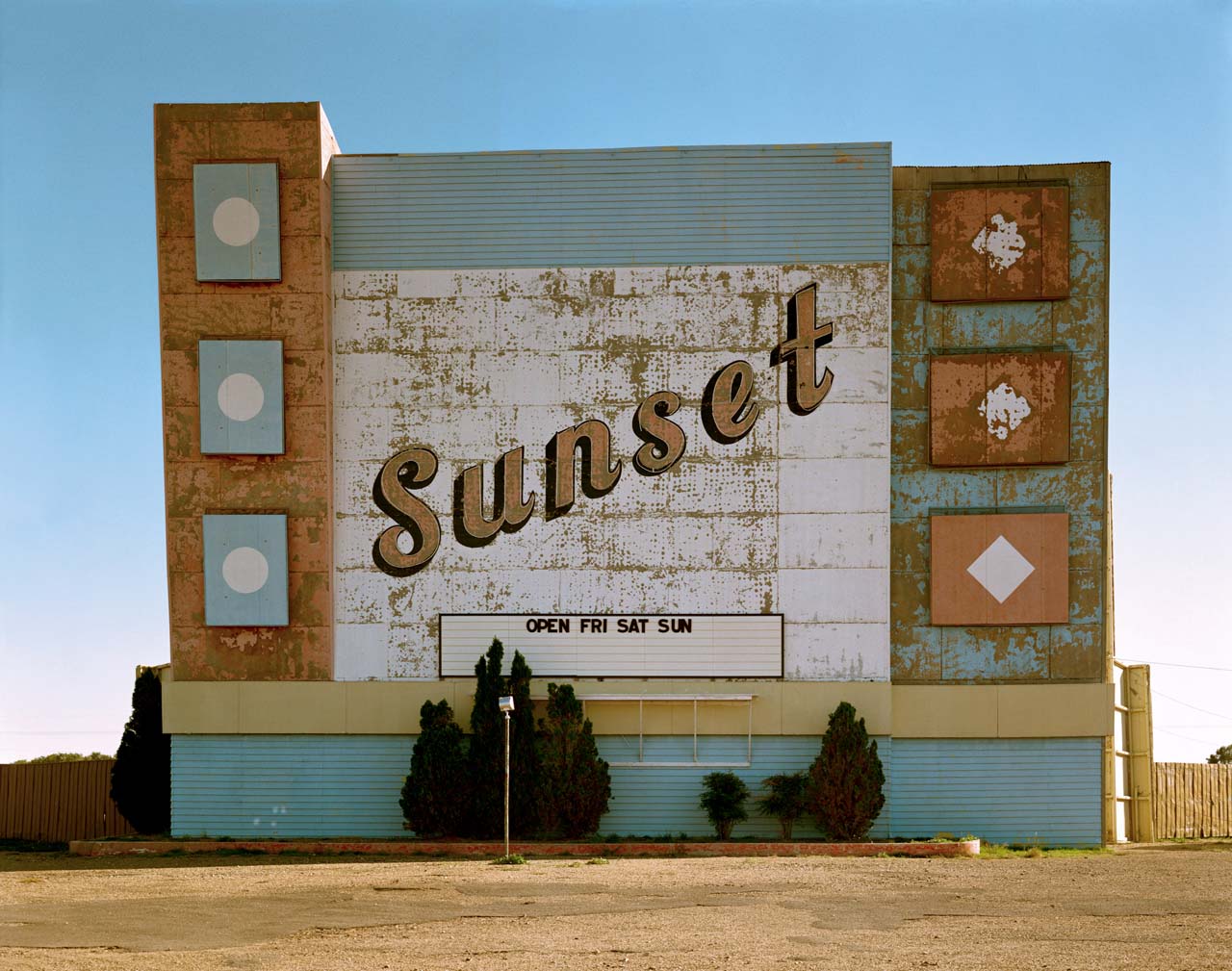 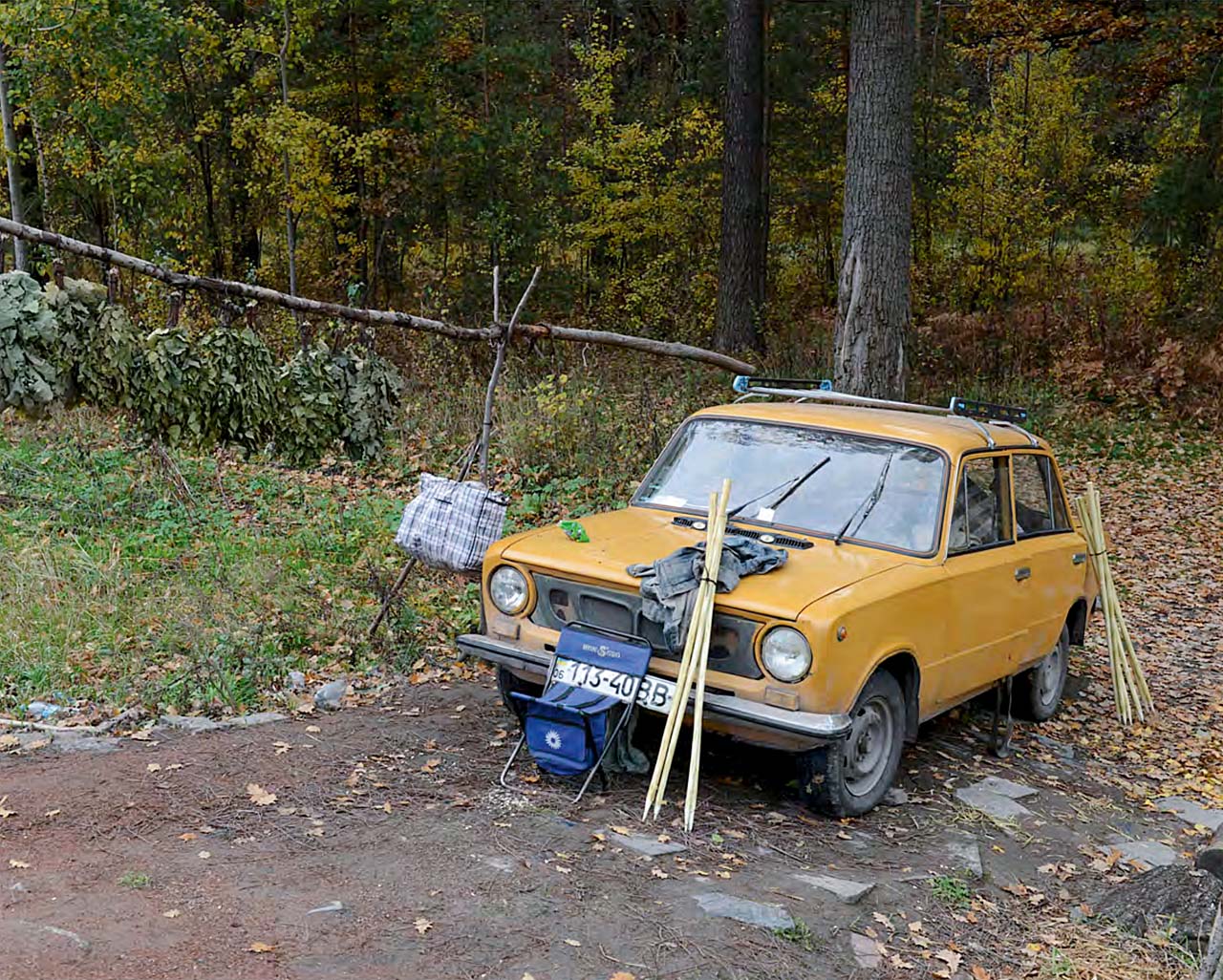 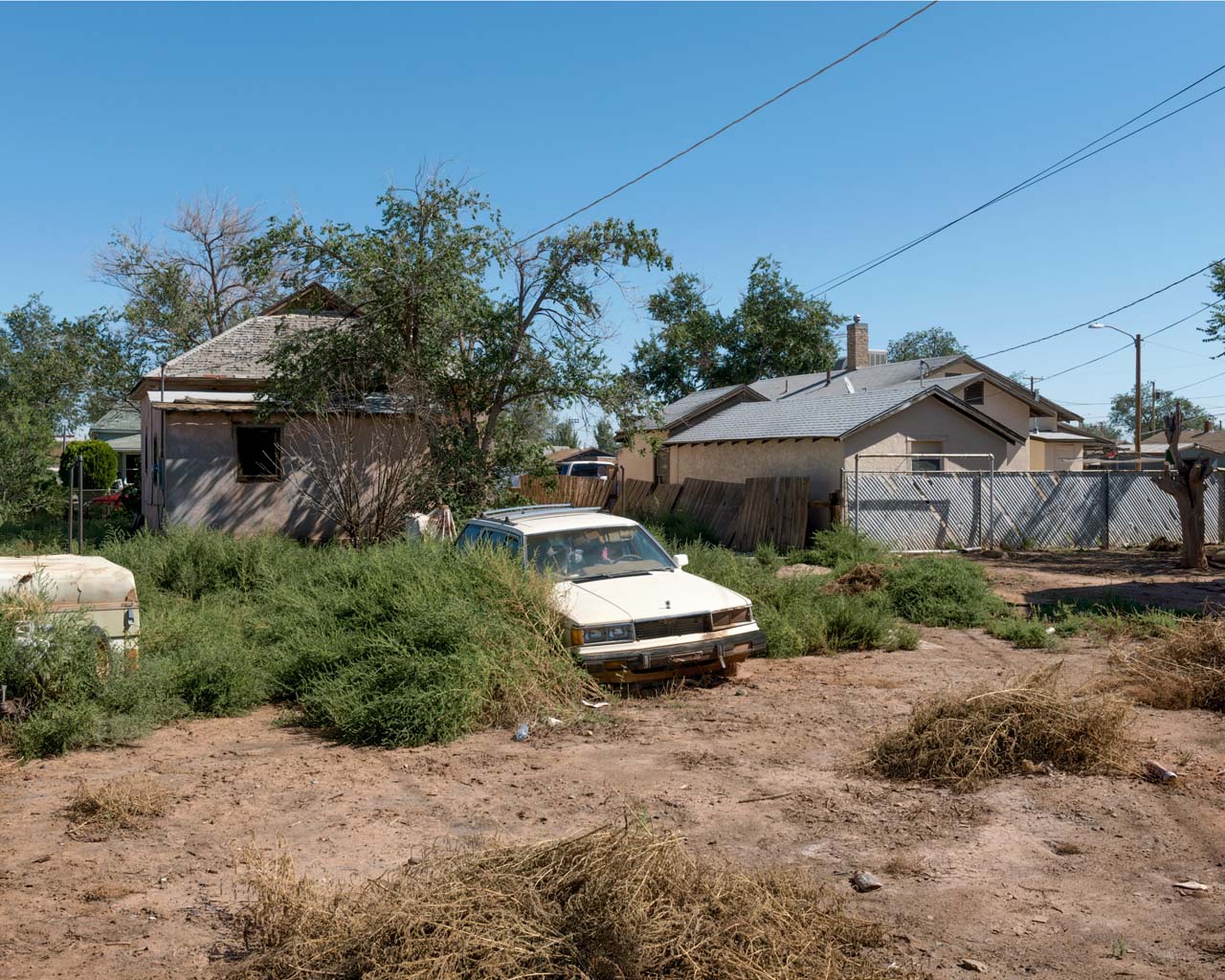 The work of the American photographer Stephen Shore (b. 1947, New York City) has shaped contemporary photography and inspired generations of photographers. He has never stopped exploring the boundaries of photography, and has selected subjects that were not seen as obviously photogenic. He has effortlessly switched back and forth between black and white and colour, and has experimented with a wide variety of cameras and every possible format. This exhibition covers the period 1960–2016 and shows important turning points in his career.

In the early 1970s Stephen Shore roamed across his homeland, America, and photographed things in the same way he looked at them: factually, and with a style apparently devoid of artistic pretension. He photographed unspectacular subjects like motel interiors, a pancake breakfast, car parks, and traffic intersections. He did not shrink from the use of harsh flash, and he photographed in colour, something that celebrities such as Walker Evans (Shore’s great example) had deemed vulgar and which until then had been used only in advertising.

Shore started with photography at a young age. At age eight he received his first camera, at fourteen he sold his first three photographs to the MoMA, and at 24 he was exhibited (as its second-ever living photographer) in the Metropolitan Museum of Art. Between 1965 and 1967 he was a regular at Andy Warhol’s Factory, and documented the artist and his entourage during their day-to-day activities.

After a brief period spent experimenting with conceptual photography, over the following two decades Shore devoted himself exclusively to colour photography. A grant from the National Endowment for the Arts and the Solomon R. Guggenheim Foundation funded more travels throughout America. This colour-photo crusade resulted in several extensive series. American Surfaces (1972–1973) consists of hundreds of snapshots that together form a visual diary of his travels. Shore had photographed everything: what he ate, where he slept, and who he met. The series was first exhibited in the LIGHT Gallery in 1972. The garishly-lit snapshots were rather at odds with the work of established photographers like André Kertész and Paul Strand, both masters of black and white composition, and the work was initially given a very critical reception.

Shore was always exploring the limits of the medium and of his own technical skills. He started with a 35mm Rollei, occasionally switching to a Mick-o-Matic, a camera shaped like a Mickey Mouse head. For the series Uncommon Places (1973–1981) and Landscapes (1984–1988) he moved to 4×5” and 8×10” film. The unwieldiness of the view camera and tripod that these formats required made it difficult for him to take snapshots, but Shore used them anyway as he wanted to record more detail. This resulted in serene compositions of the North American urban landscape: diners, street corners and shop windows.

In the 1970s Shore, together with William Eggleston and Joel Meyerowitz, was one of the few photographers working in colour in the context of artistic photography. Twenty years later nobody was still working in black and white. Once again Shore turned his back on convention with his two series Essex County (1992–1995) and Archaeology (1994): detailed black and white documentations of tree barks, stones, and archaeological digs. Shore’s technical genius and urge to innovate was also evident in New York City (2000–2002), a series of large street photographs in the Garry Winogrand tradition, but made using the same cumbersome 8×10” view camera that he used for his landscapes.

For recent colour work Shore has travelled to the Ukraine to document the lives of Holocaust survivors. For him, Ukraine (2012–2013) explores an unusually charged subject. The most recent work in the exhibition is Winslow Arizona (2013), made at the invitation of the artist Doug Aitken. In Aitken’s ‘nomadic happening’ Station to Station, a train made a three-week journey from New York to San Francisco, with artists and performers organizing an event at each stop. On one of these stops Shore spent the day photographing Winslow, a location that has regularly appeared in his work ever since the 1970s. These photographs were screened at a drive-in, unedited, and in the order in which he printed them. This series is now being shown in the Netherlands for the first time.

In 1970, Stephen Shore’s work was exhibited for the first time in the Netherlands, as part of a group show. After a retrospective in 1997, once again his work is being exhibited in the Netherlands. This large and long-awaited retrospective contains over 200 works and will occupy all twelve of the museum’s galleries. Besides photographs the exhibition will include his postcards, video work and (scrap)books, and his Instagram account will also be projected on the museum wall. The exhibition is an initiative of the Fundación MAPFRE and was curated by Marta Dahó. After being shown at Fundación MAPFRE, Les Rencontres d’Arles and C/O Berlin, the exhibition will now be on show at Huis Marseille.