Land of Air and Water / Aerial photographs of Dutch waterworks 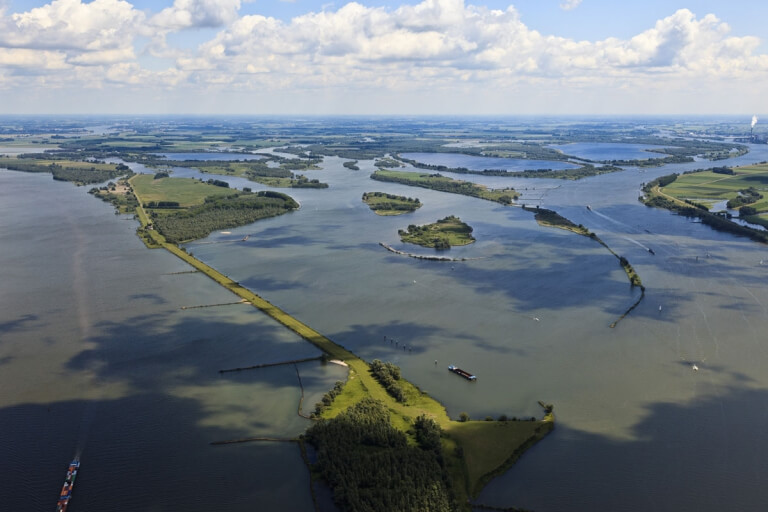 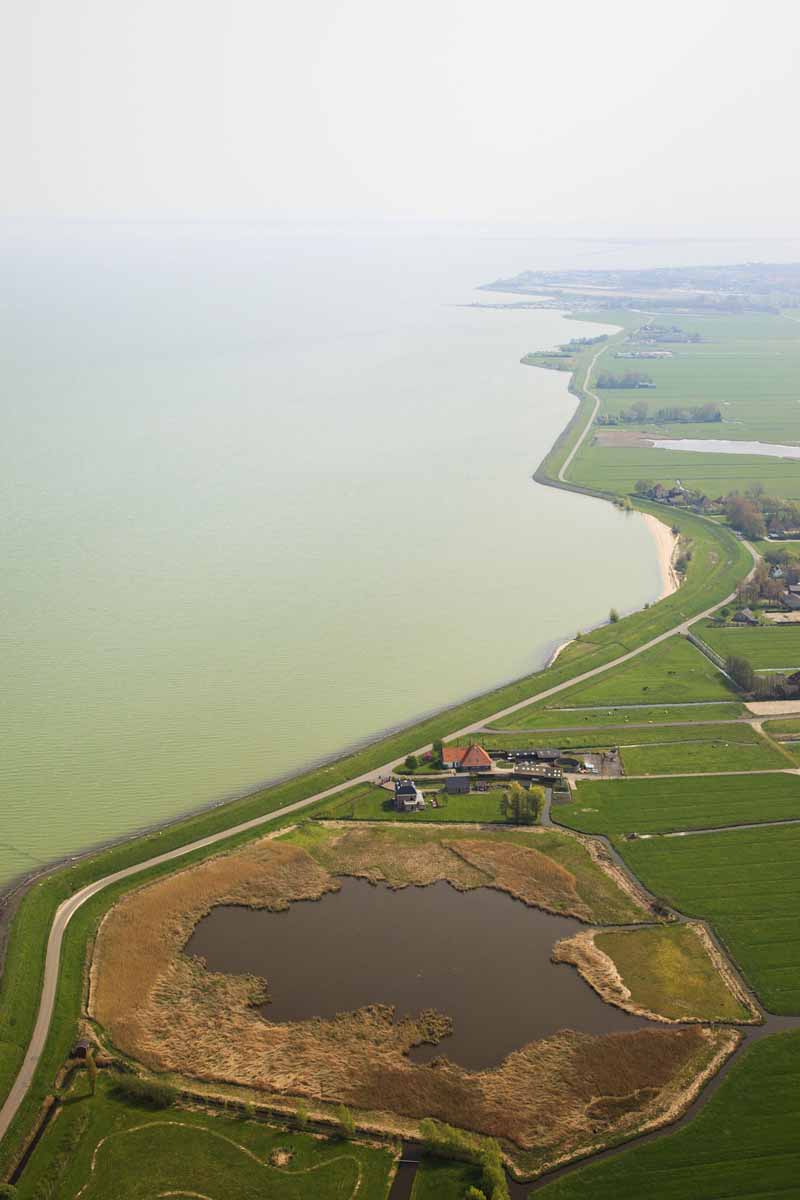 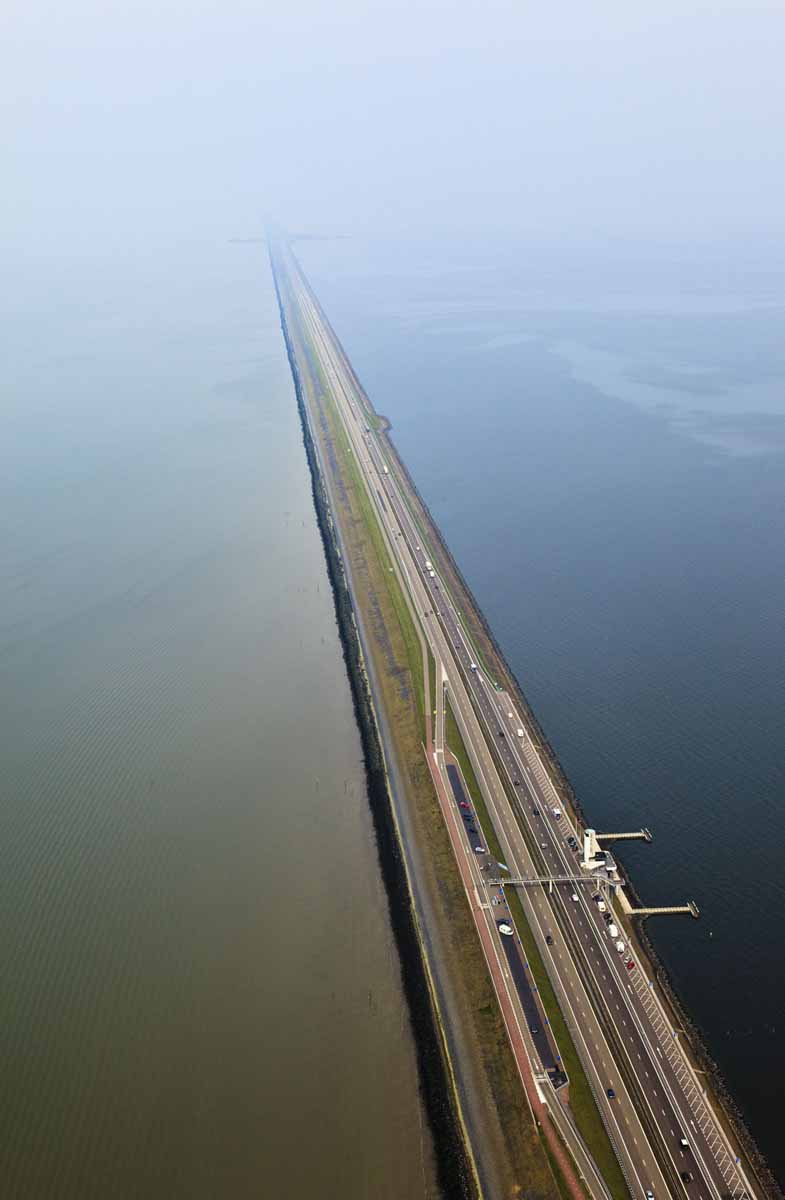 After his Panorama Nederland project was published in 2007, Siebe Swart turned his attention to Dutch waterworks. As always, he chose the most appropriate photographic technique for this purpose. For the last few years he has photographed the Netherlands’ struggles with rising water from a helicopter. He has documented the reinforcement and streamlining of the country’s rivers, the ongoing development of the huge Delta Works, and the maintenance and management of the Dutch coast. What is often invisible from the ground is laid bare from the air: the never-ending battle with water has left scars all over the Netherlands. Old dike breaches; enclosed river arms, reopened to accord with the newest water management insights; newly and purposefully inundated areas; artificial peninsulas of sand and rubble; the Dutch landscape is visibly scarred everywhere. In no other country in the world is the historic struggle against encroaching water so clearly and emphatically visible from the air. And according to the photographer, to see this is to become obsessed by it.

Siebe Swart (1957, Amsterdam) studied chemistry for several years before deciding to switch to photography, first at the Rietveld Academy in Amsterdam and then at the AKI in Enschede. Siebe Swart is particularly interested in built environments, and he documents the processes of change that continuously characterize them. Technically he is an all-rounder.

The new book by Siebe Swart on the Waterworks is titled Het Lage Land [The Low Land] and will be published by Erven de Toekomst on the occasion of the exhibition (december 2011). The publication will be available at the shop of Huis Marseille during the exhibition. For more information and images: www.siebeswart.nl