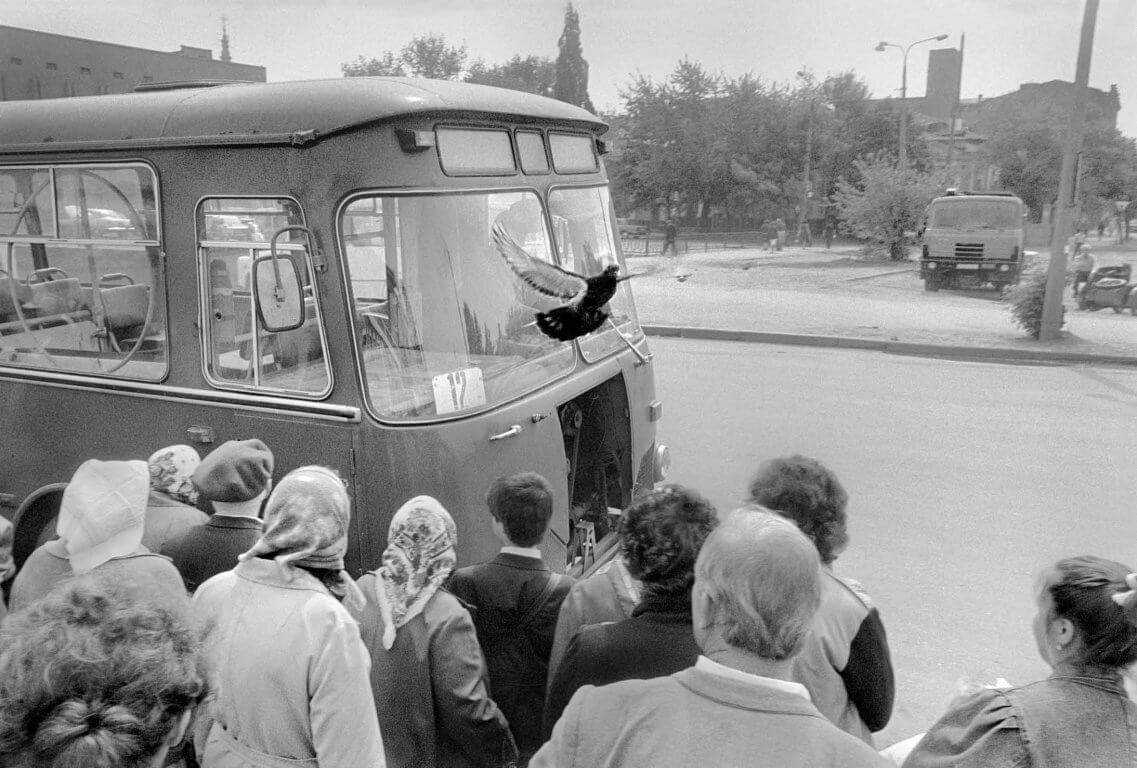 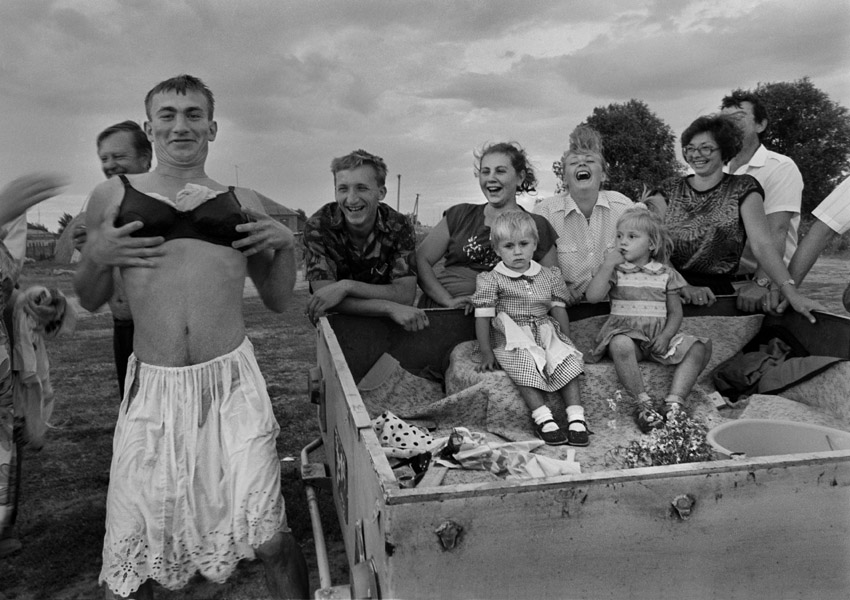 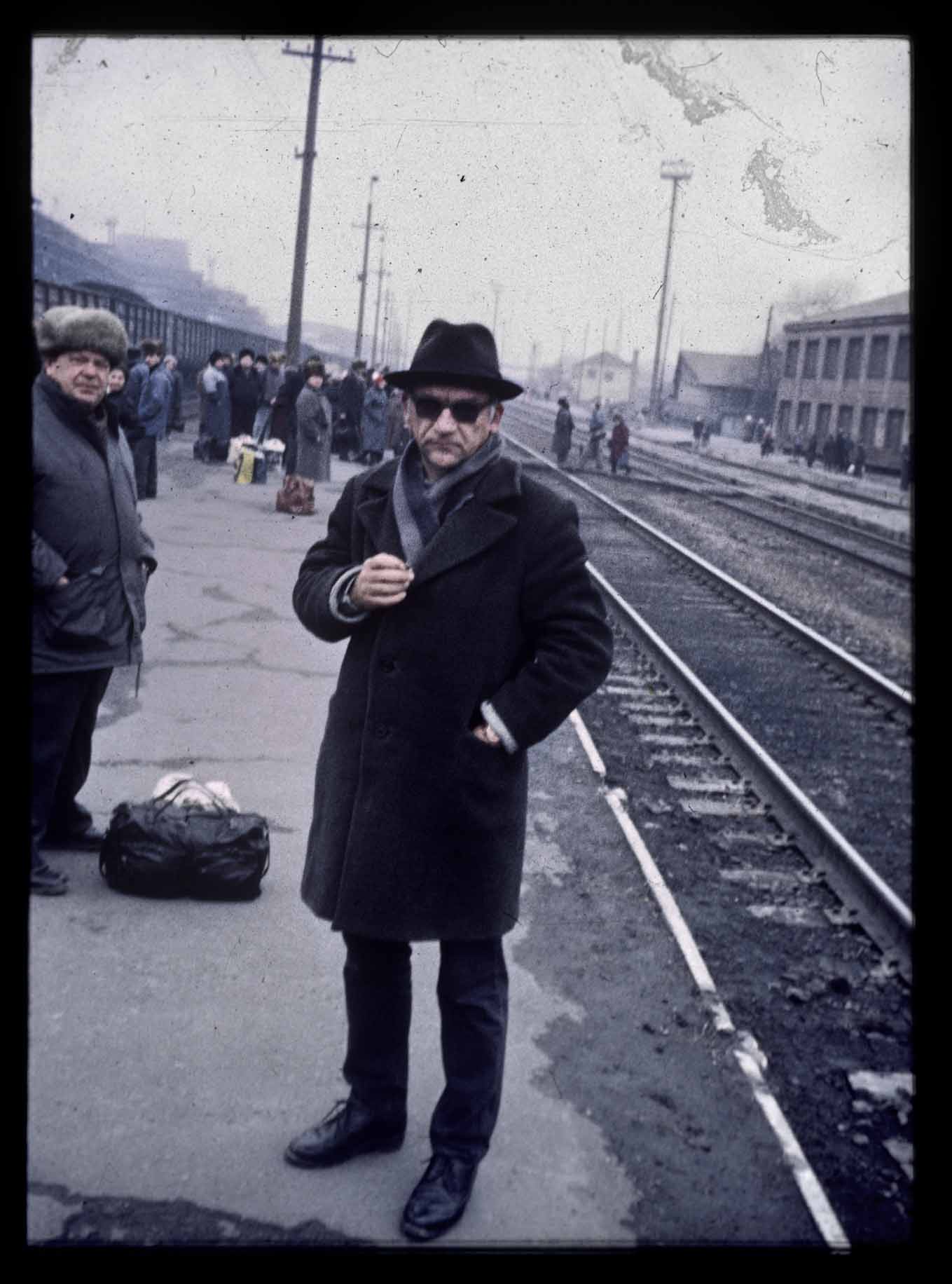 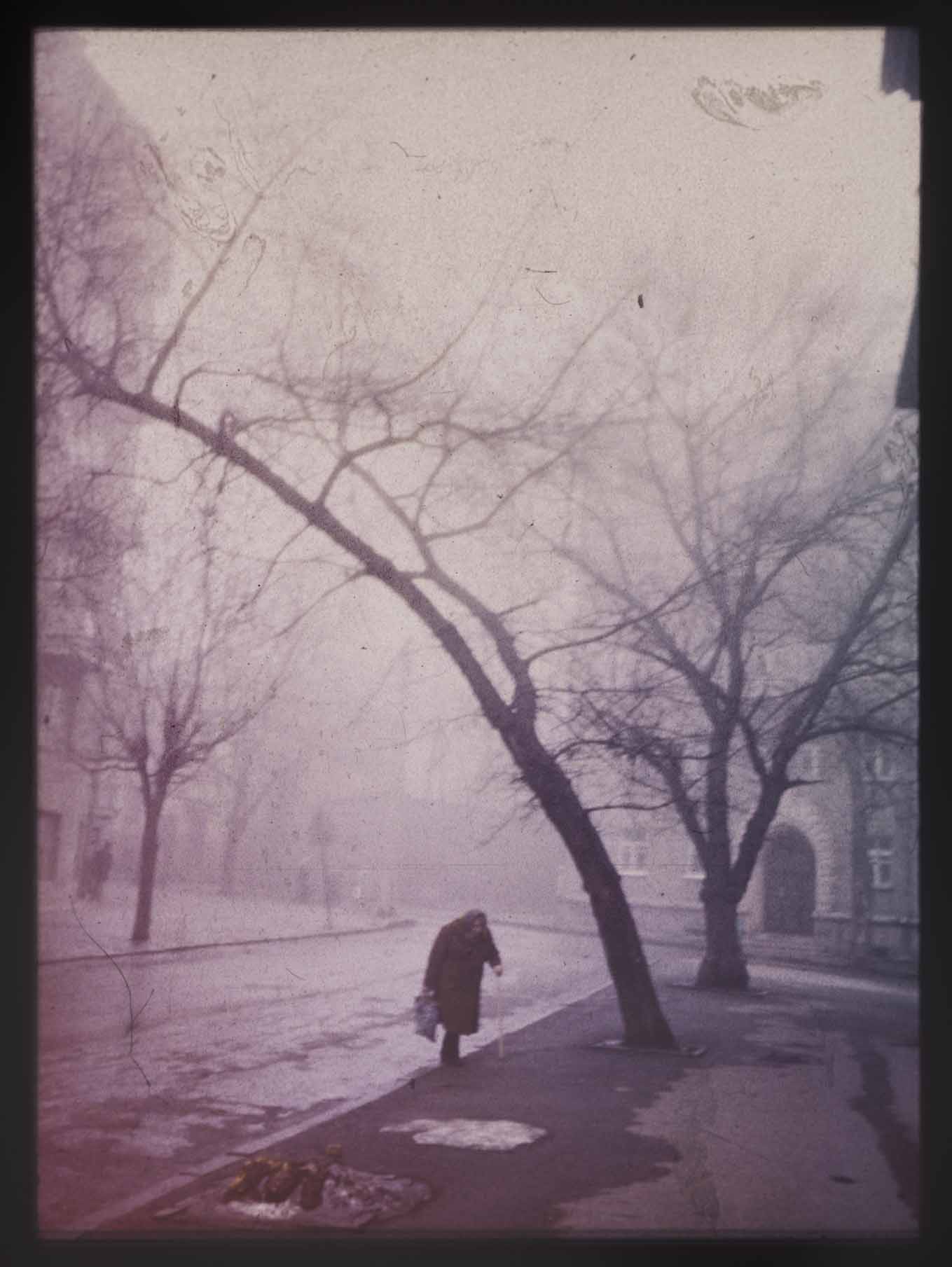 The photographer Otto Snoek was in his early 20s when, in 1989, he started visiting eastern Ukraine, at the invitation of a photographer from Charkov whom he had met in his native Rotterdam. In places like Charkov, Lugansk and Donbass he resolved to simply observe, and this detachment proved fruitful: ‘The nonchalance of this world of wires, untidiness, little freedoms, and small-time deals,’ as the art critic Sandra Smets wrote.

The photographs were ‘200% subjective,’ says Snoek, and were printed in the same way. On the six long journeys in this area that he made between 1989 and 1992, Otto Snoek made use of local photographic materials and printing facilities. The resulting photographs on display here are therefore unique, since most of them were printed in Ukraine on East European photographic paper types that no longer exist. The colour work uses Soviet-made transparencies, developed in a photographic laboratory in Charkov that was forced to close its doors shortly after 1992.

In Otto Snoek’s words the photographs offer ‘windows onto a vanished world’. According to Smets they show a ‘tinny, flaky world. A world of earth, big and wide and messy, forming lumpy brown areas in his photographs that turn into scratches and stains, as shadowy as fevered dreams.’ They also furnish a succinct image of stoical existence under a radically changing regime: the last step in the breakup of the Soviet Union was taken in December 1991, when Ukraine, too, voted overwhelmingly to secede. The formal end of the Soviet Union came on 8 December 1991, when the leaders of Russia, Ukraine, and Belorussia met to sign the Belavezha Accords. Otto Snoek was there at exactly the moment the country’s great ideologies collapsed. His images document the vacuum of a brief period between the demise of communism and the disenchantment of capitalism. This was a turning point in world history, and in retrospect its mood – captured here on analogue film – evokes a certain nostalgia. This is especially true today, in 2015, with armed conflict flaring up in Ukraine.

Otto Snoek’s unique archive was only opened up by coincidence in September 2013. In 2014 Snoek published Ukrainian Crossroads, a book designed by Willem van Zoetendaal (also available in the museum shop). Now, in 2015 – compelled by the force of current affairs in Ukraine – the original material is being exhibited for the first time ever in Huis Marseille. ‘The photographs show one side of reality,’ writes Sandra Smets, ‘but one replete with the imperfections of the photographic medium that we confuse with truth.’