Legacy of an Empire ‘My Doomed Country’ Russia Photographed by Oleg Klimov, 1989–2004 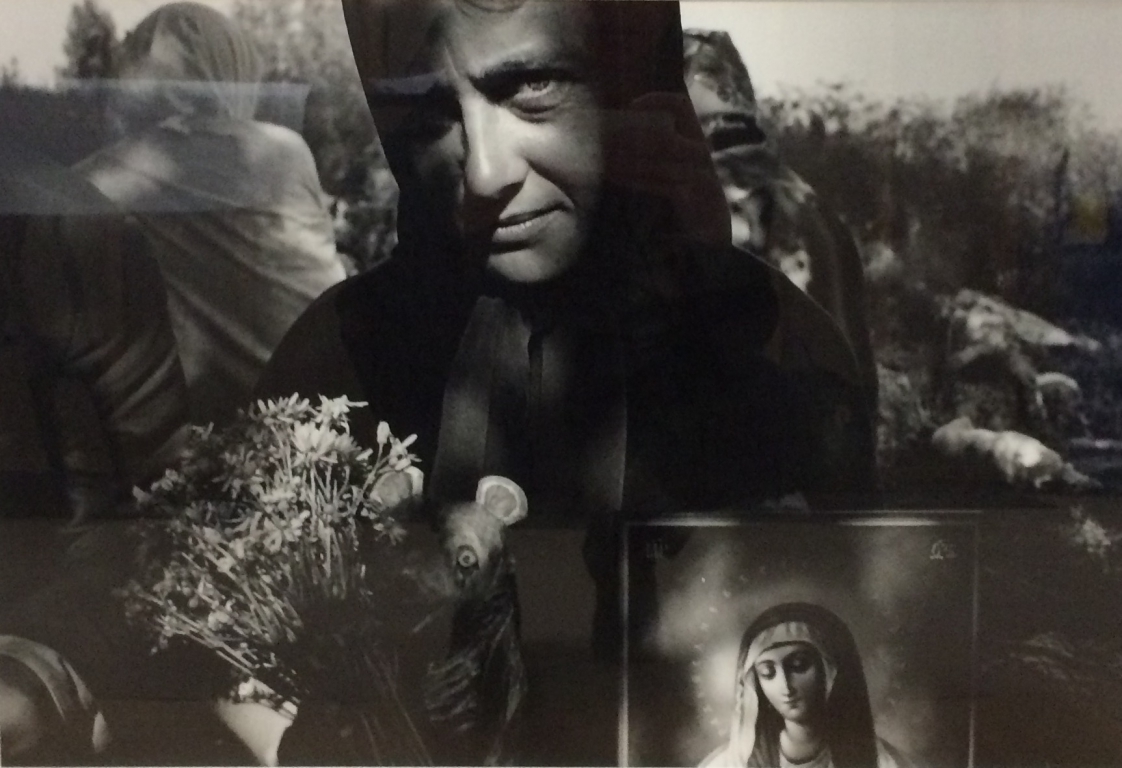 Portrait of a woman at the holy place of the Russian Orthodox church in Niahe Novgorod © Oleg Klimov. Collectie Huis Marseille 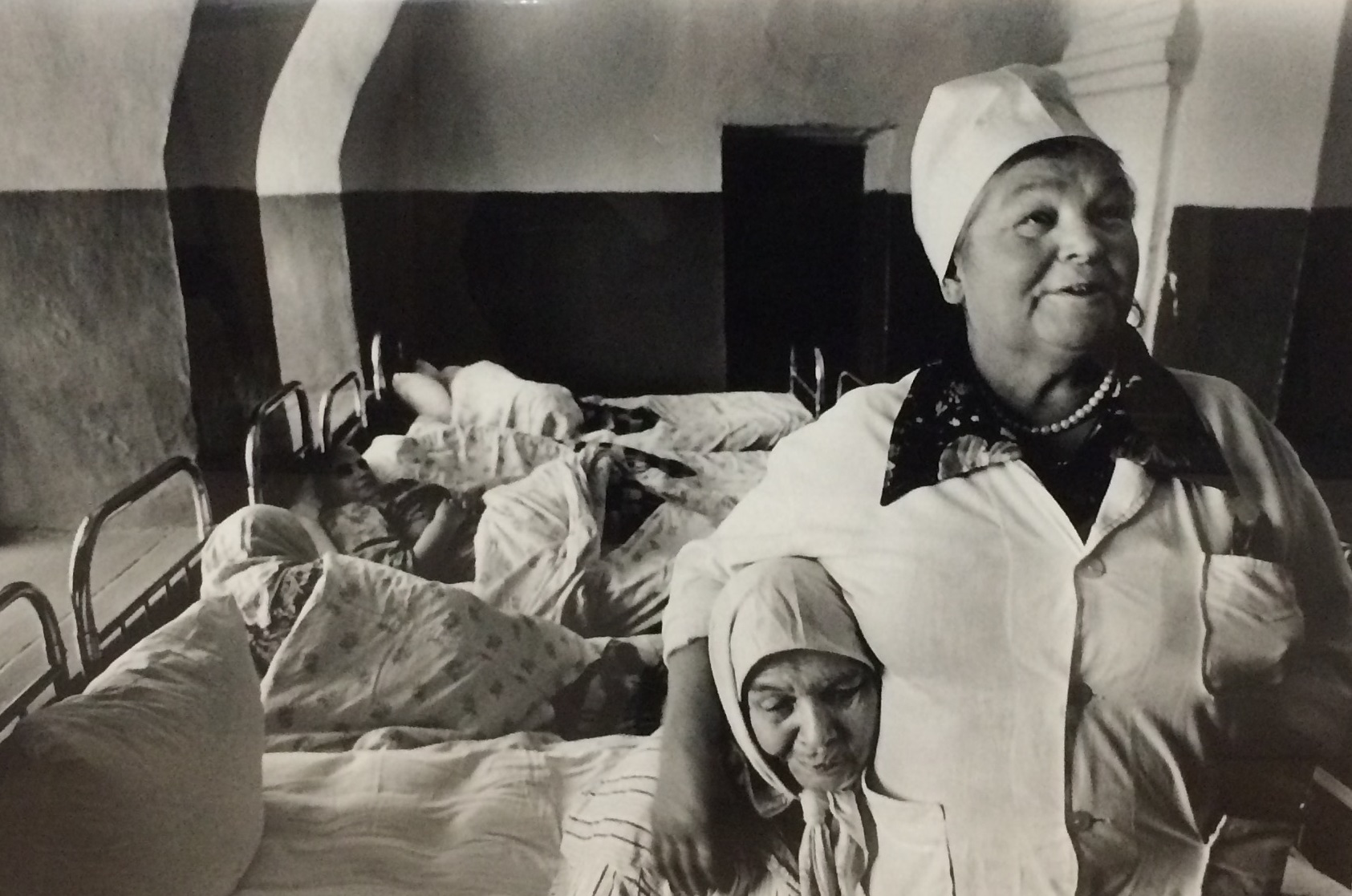 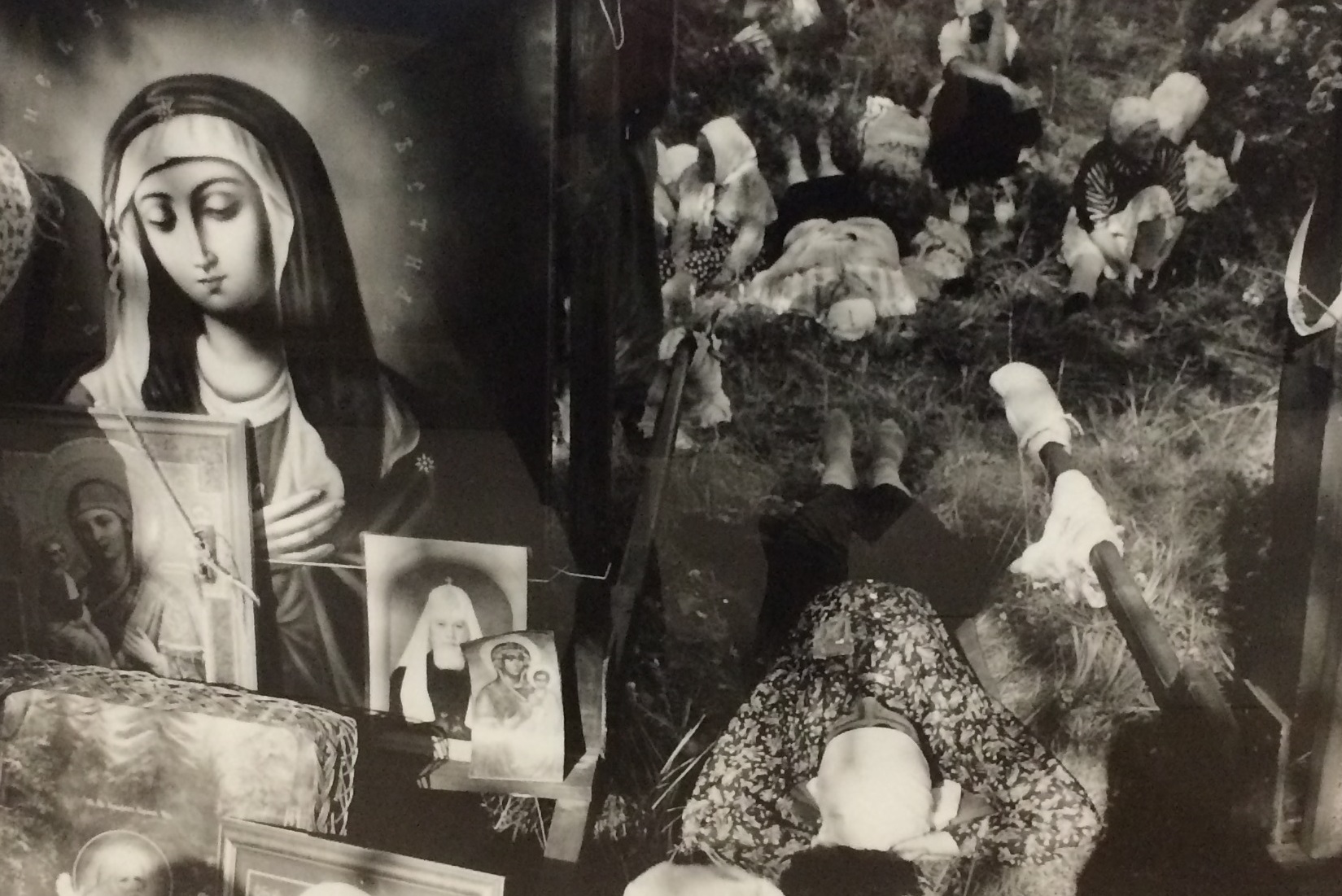 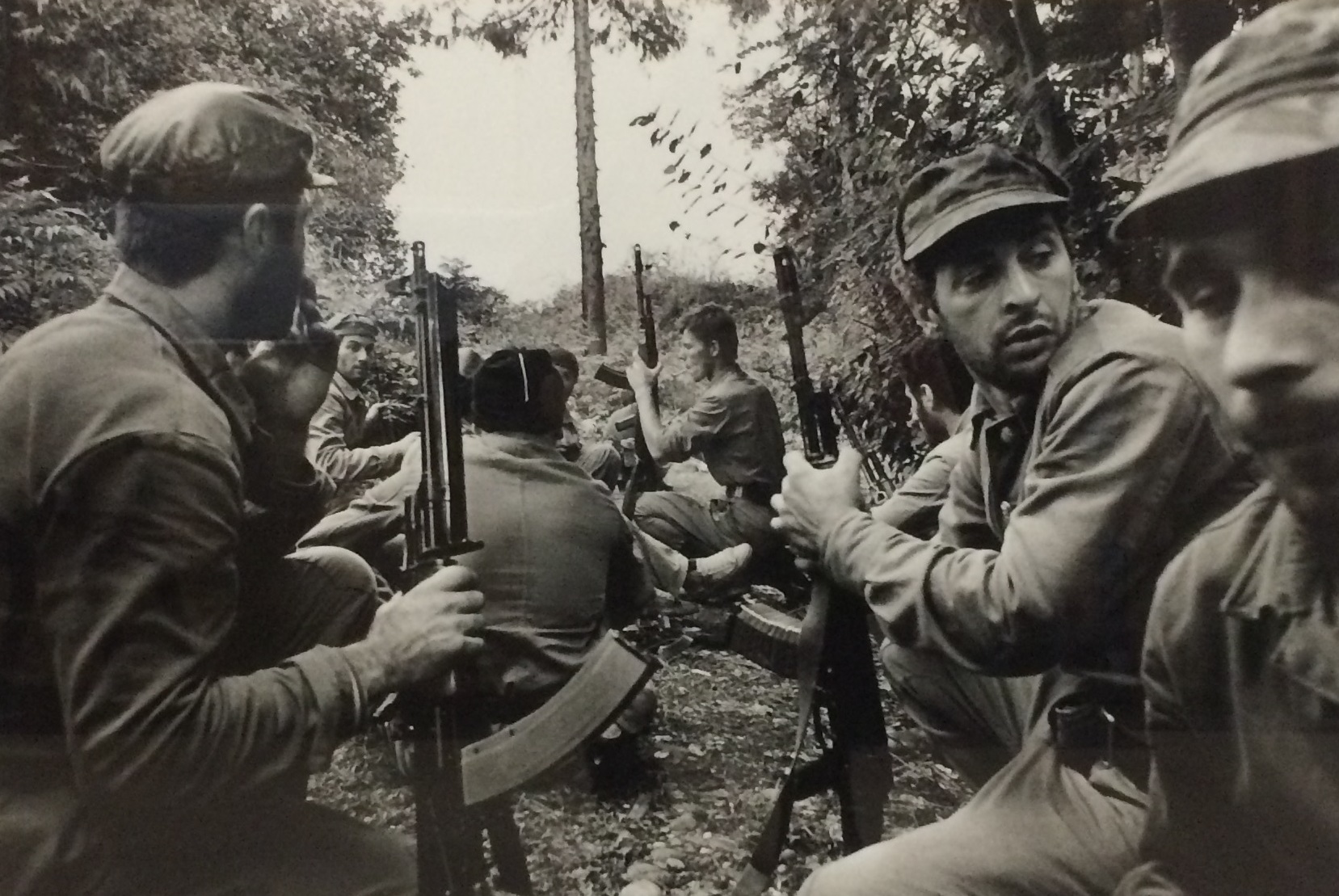 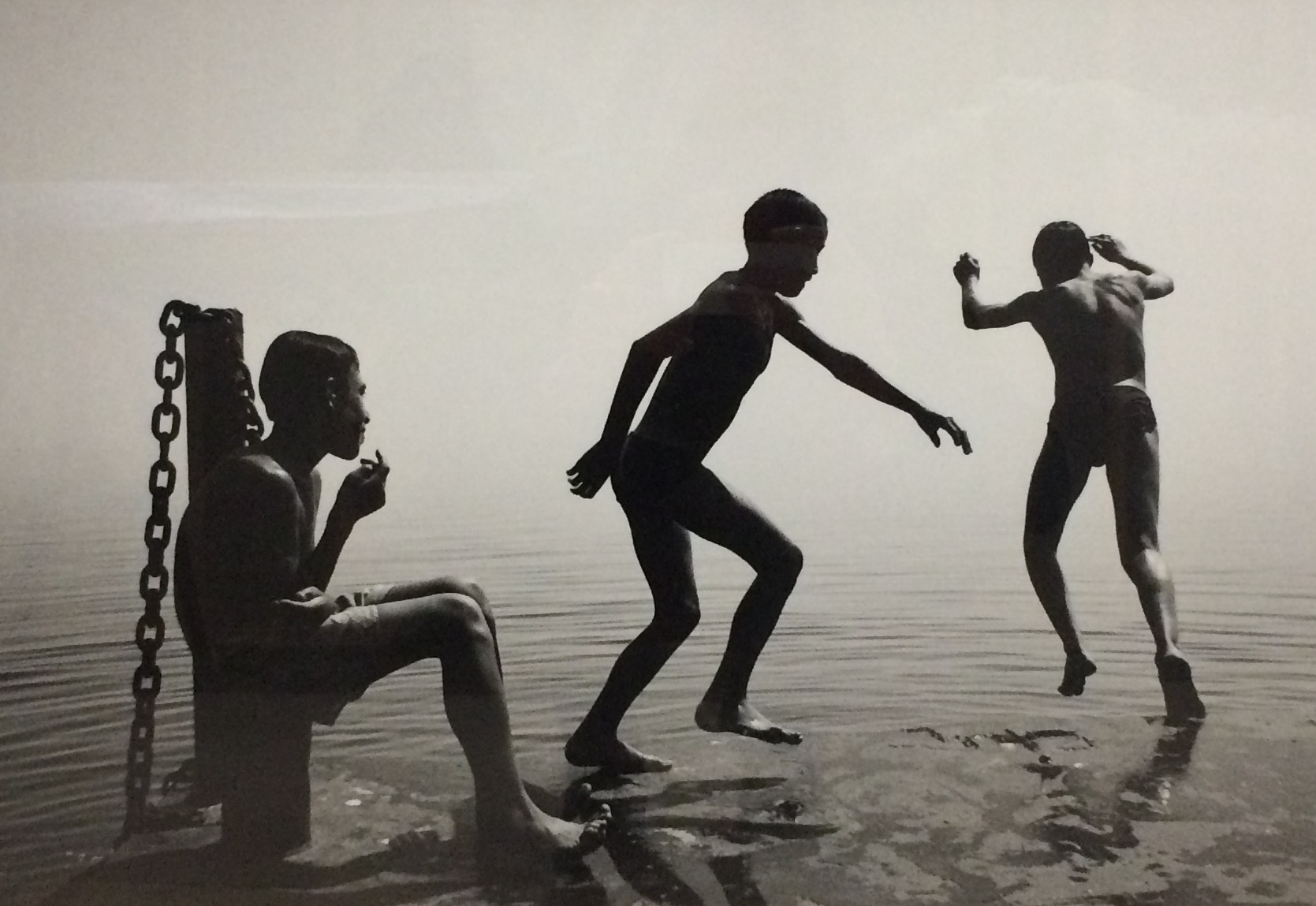 This winter Huis Marseille is presenting a broad selection from the work of Russian photographer Oleg Klimov. It is the first time that an overview of his work of such magnitude is being shown here. In this exhibition assembled in close consultation with the photographer, Klimov gives us a very personal view of Russia – his ‘doomed country’, as he puts it.

Klimov witnessed the end of the Soviet regime. For him, that period more or less coincided with the last day of Andrei Sakharov’s life, the rise of Boris Jeltsin, the beginning of the war in Chechnya and the failed coups d’état in the early ’90s. But he considers his innumerable encounters with his countrymen and women at least equally important. On assignment in all corners of the slowly crumbling empire, he took their portraits: youths in Moscow, the faithful on pilgrimages, life along the Volga. From close up he shows how they experience their regained freedom after years of dictatorship – but also how relative that freedom is. Always with a sharp eye for the misery and corruption which paradoxically enough go hand in hand with that freedom. Summing up that period, Klimov has classified his photographs into three themes: trust, conflict and portraits of an epoch.

Klimov’s personal development as a photographer also coincides with the Perestroika and Glasnost of the late ’80s, the fall of the Soviet Union and the reformations of the country following upon this. Oleg Aleksandrovitsj Klimov was born in 1964 in Bely Yar in Siberia. After completing secondary school he studied physics at the State University of Tomsk (1981/82). His military service at the Uzhur Missile Base inspired him in 1983 to study astronomy and astrophysics at the University of Kazan. In 1988 he made his first photo reportages, of skirmishes in Georgia and an earthquake in Armenia, for the local newspaper Vetsjerni Kazan. Not long afterward he definitively chose photography and moved to Moscow. Klimov works out of Moscow for both Russian and foreign newspapers and magazines. Since becoming acquainted in 1991 with Hubert Smeets, the NRC Handelsblad’s correspondent in Moscow, he also works frequently for the NRC Handelsblad and furthermore can count on a professional and companionable network in the Netherlands.

Oleg Klimov has decided views about the role of photography in his life: above all else, the camera is a means in his search for reality – his own reality, that is. With the camera, he continually refines his own picture of humanity. Although he often works in war zones, Klimov does not call himself a war photographer but instead sees himself as a documentary photographer who works in the humanist tradition. He believes more in a personal vision coloured by emotions than in a detached aesthetical – let alone cynical – approach to the world. In the long list of famous photojournalists, Klimov feels more related to Robert Capa than to Henri Cartier-Bresson. With his 35 mm lens, he gets close to his subject – as shown by the horrifying series of photos of a hunt for a sniper in Georgia. On site, his emotions determine the composition and frame of the image, but it is only when selecting the negatives in the darkroom that he takes a conscious standpoint, and begins the true creative process that has formed the basis for this exceptional oeuvre in which graphic black & white and atmospheric coloration effortlessly alternate.

This exhibition was realized in collaboration with Simon Kool, freelance exhibition maker and teacher for the Masters program at the Academy St. Joost in Breda. As a great authority on Oleg Klimov and supporter of his work, his contribution has formed the keystone of this project.