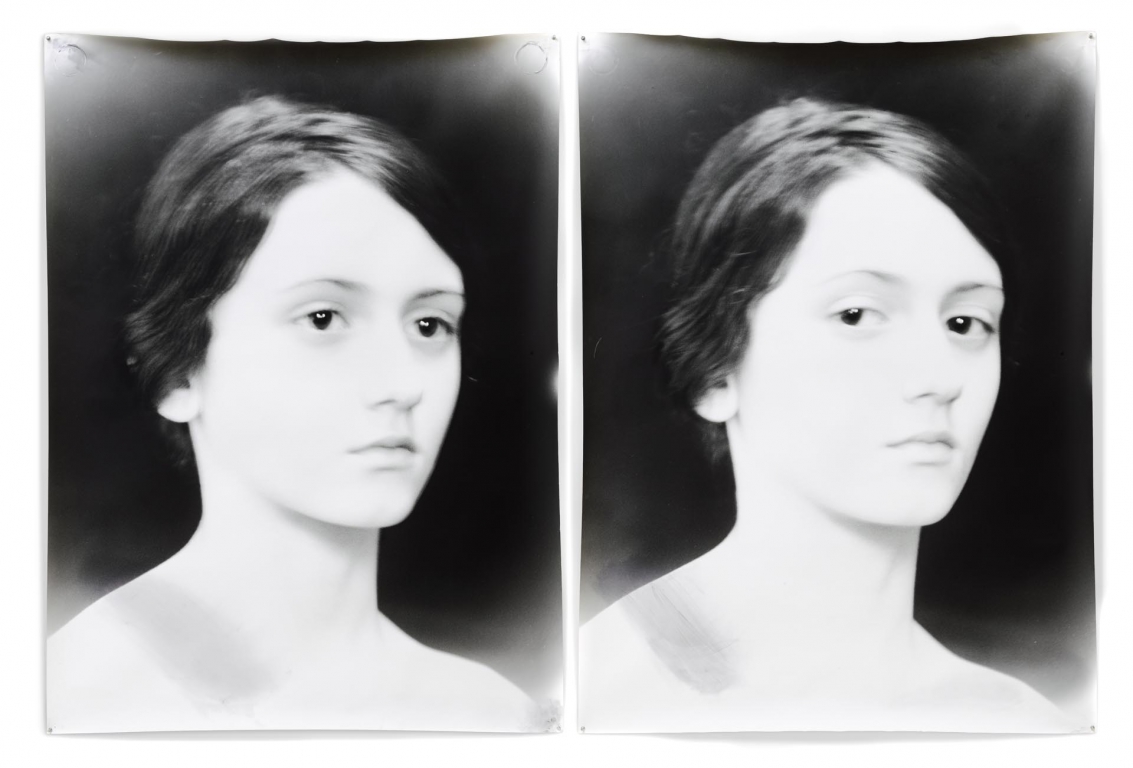 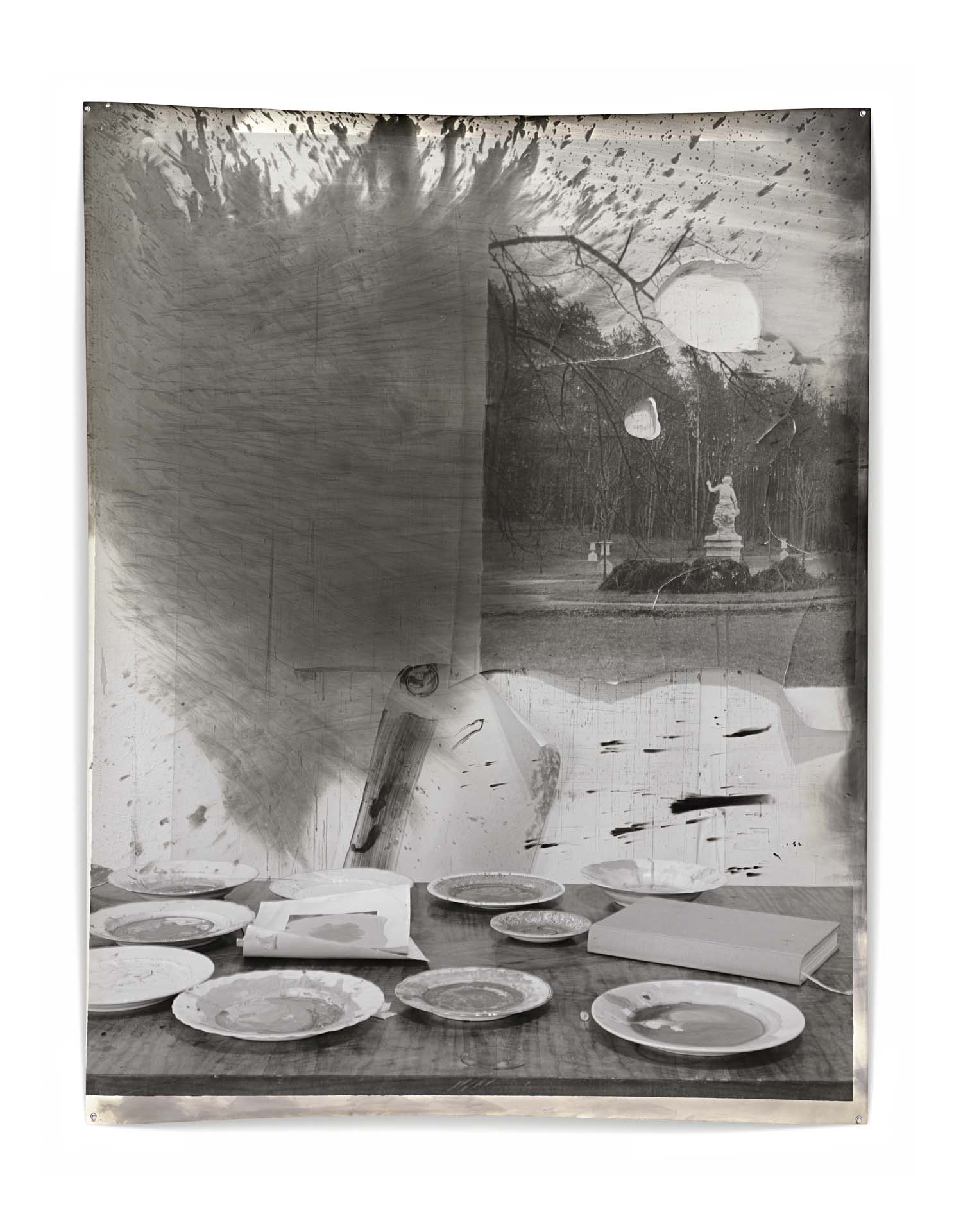 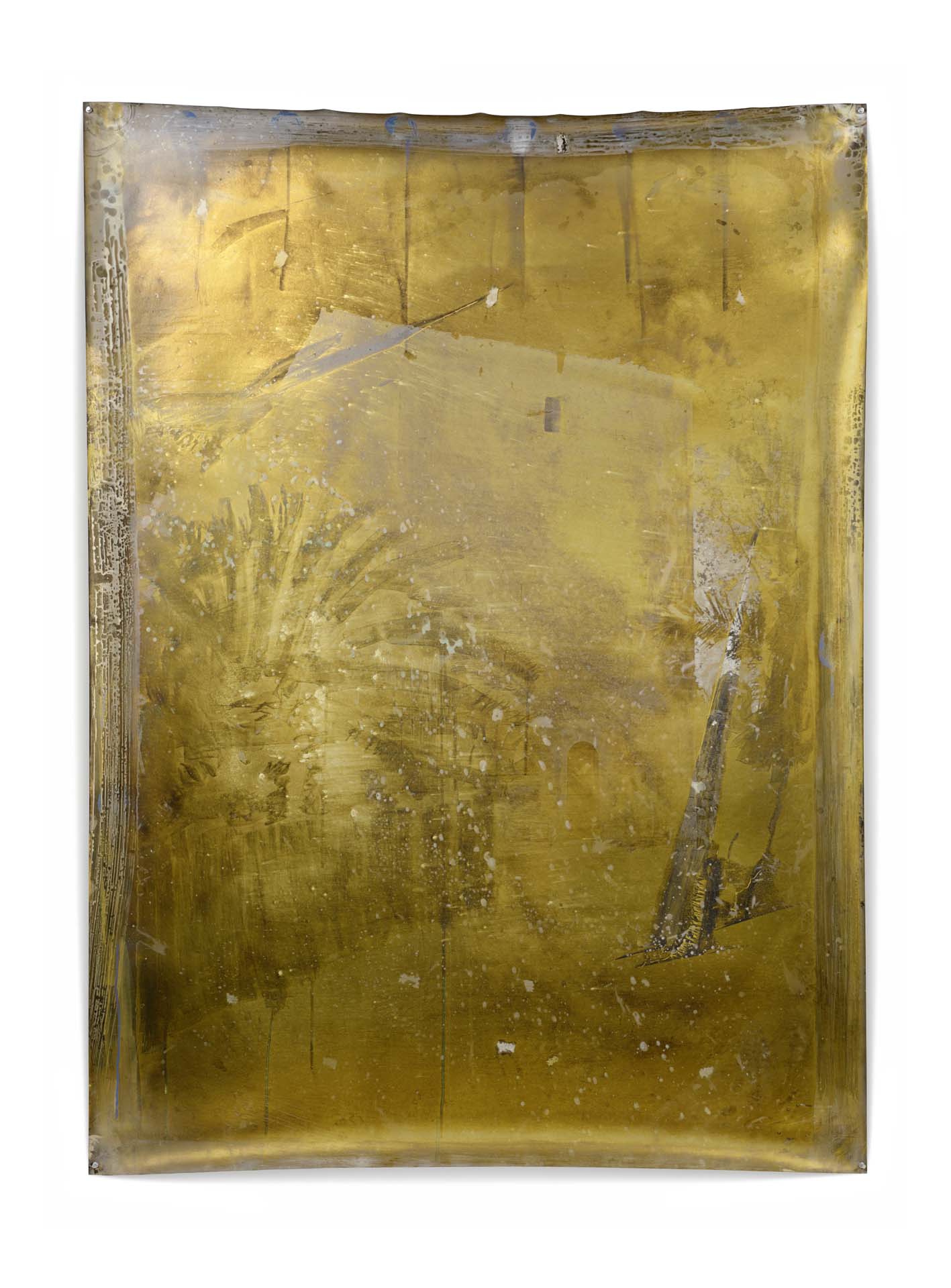 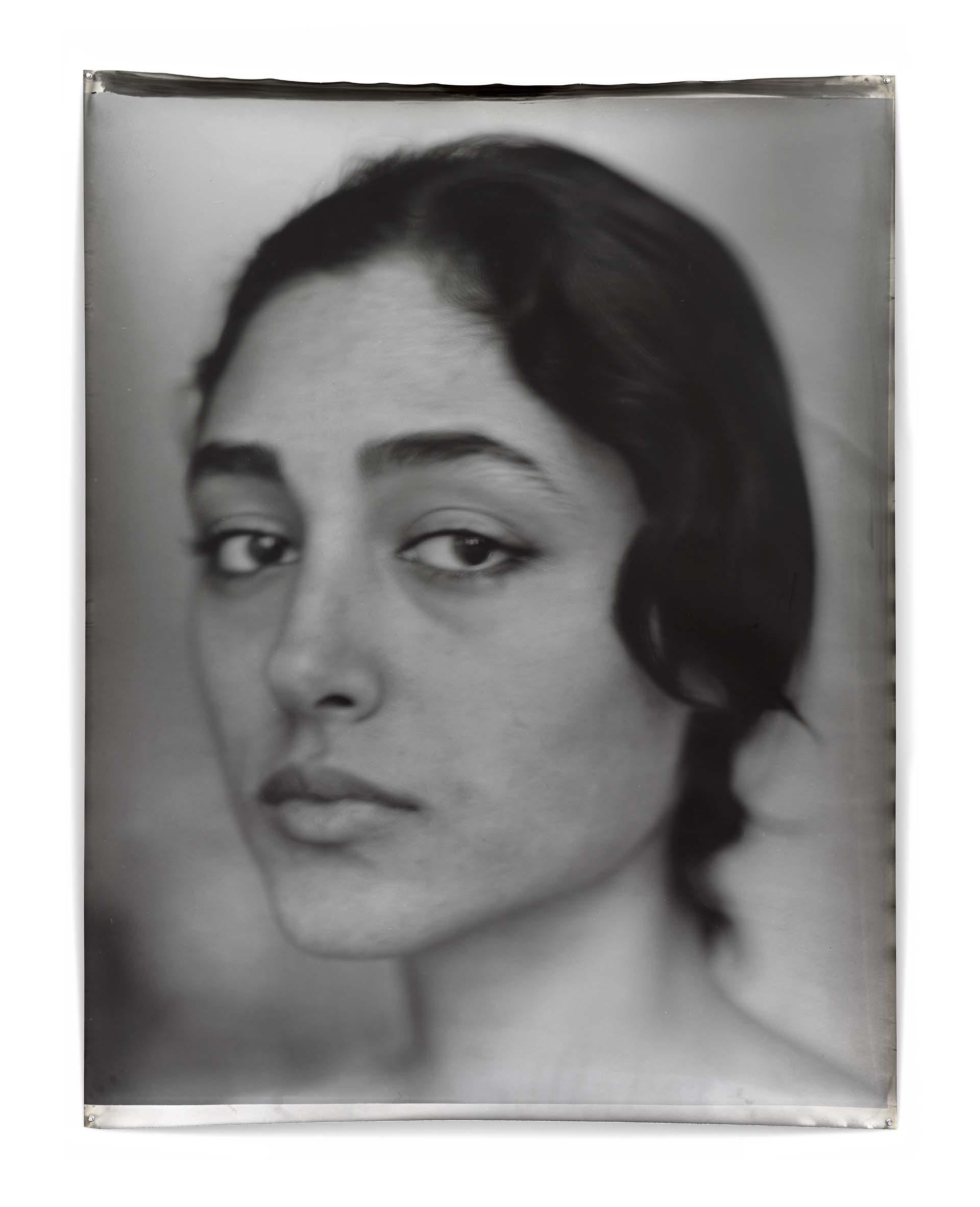 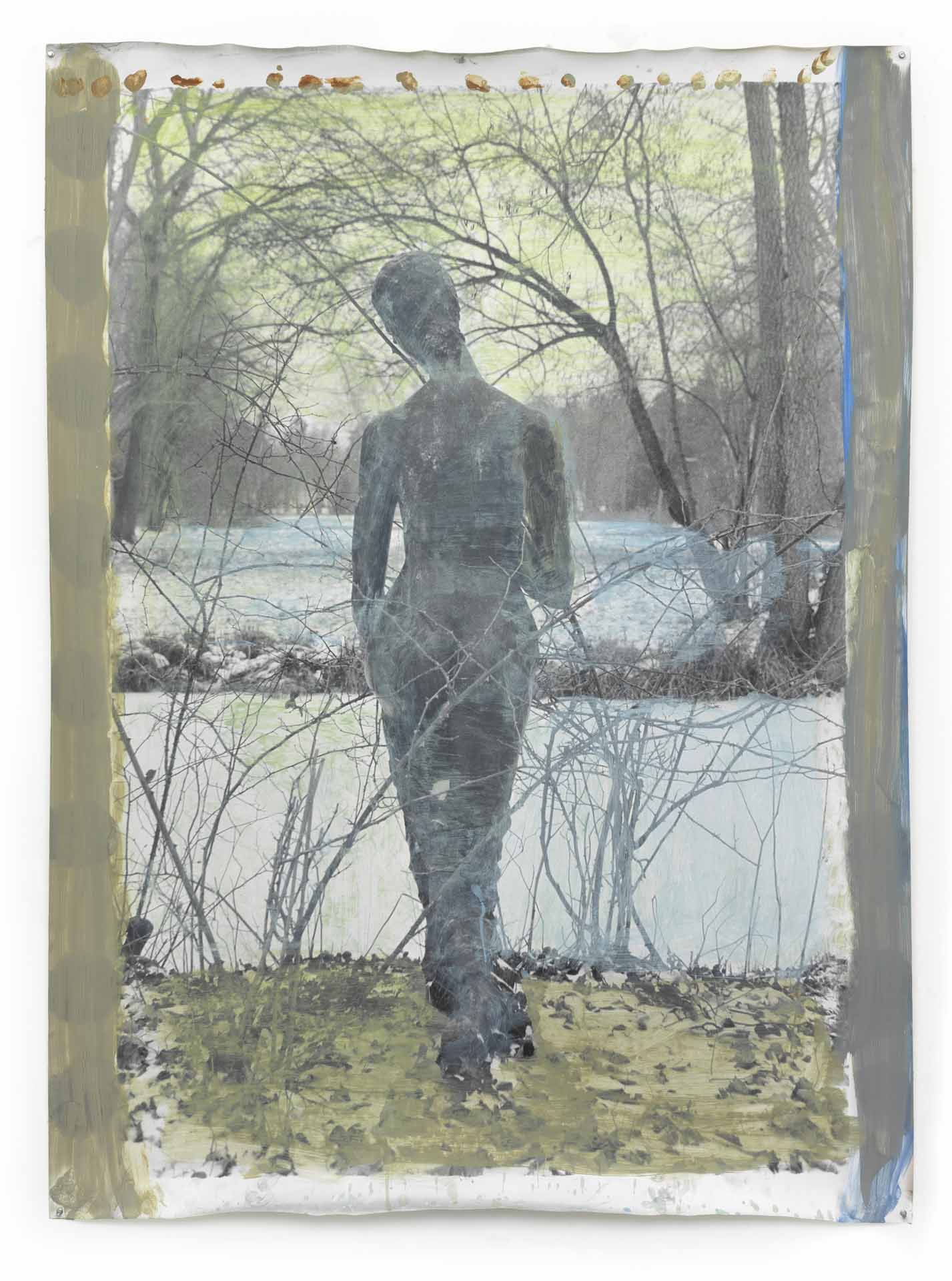 In an age when the world, and the medium of photography in particular, is dominated by digital techniques, and the attribute of authenticity is acquiring ever more value, the work of Jeff Cowen has a special place. In Cowen’s approach the transience and ephemerality of photography is paradoxically united with the immortality and tractability of painting. The modern aspect he imparts to his work is in using the photographic process to transform his subjects into something profoundly personal. The layers that Cowen adds to his photographic works blur the original meanings of his subjects, soften their sharp contours, and affect a transformation that lifts them from the banal to the sublime.

An American in Berlin

Jeff Cowen is a citizen of the world. He was born in New York and trained there, except for the year of 1987, when he studied in Japan. In 2001 he moved to Paris, and since 2007 he has lived and worked in Berlin. From 1988 to 1990 he was assistant to the American photographer Larry Clark, and from 1990 to 1992 he assisted another, Ralph Gibson. The work of these photographers has doubtless had an influence on Cowen’s own photography, but this is not immediately visible.

Jeff Cowen began his own career as a street photographer in New York, but grew frustrated by the fact that he depended on external subject matter to express himself: “I always had to wait for something to happen. I needed the right angle, the right subject, the right lighting. They hardly ever seemed to be there all at the same time. With more experience I realized I wanted to completely influence what was before me, to give birth to what was inside of me rather than being dependent on the outer world. So I started inviting people to my studio, to work more like a painter.”

Work arises in the studio

Jeff Cowen is by no means a hermit, but his work arises within the confines of his studio, inspired by the images that form in his mind. The overwhelming majority of the subjects he chooses – nudes, landscapes, still lives, portraits – belong to the classic repertoire. Lifting his subjects out of their original backgrounds, he transforms them into something universal – something with a life of its own. Even inanimate objects, as in his most recent series Sculpture Photographs, are given a soul by his photographic techniques. Cowen does not seek to produce an accurate depiction of his subject: “The challenge, when photographing a person, is that you have to capture the right moment, and that might prove difficult […] You just have to allow it to happen organically. With a statue it is harder. It is not physically alive so I have to work some photographic magic. I transform the sculptures through my process, in the hope of rendering the statues so that they breathe – as we are so lucky to do for a short but lovely time,” Cowen said in 2016.

Cowen evaluates the term ‘portrait’ with scepticism, because his images do not attempt to depict the personality of the model. “With head shots I am more interested in capturing a universal spiritual human centre, one that I believe we all share,” he says. He describes the face of one of his models, Emmanuella, as “this organic perfect egg shape […] almost an abstract graphic form against the dark negative background.”

Jeff Cowen describes his working process: “I photograph with analogue film, and after a shoot I first develop the film, make contact prints and then small work prints of whatever interests me. I put these images on the wall of my studio and examine them for an indeterminate period of time. After, I spend a considerate amount of time looking and contemplating the work prints. If I am interested in one, I might decide to make a large Mural print in the darkroom. I’m more of a printer than a photographer.” In the darkroom he uses chemistry. He treats the photographic surface with emulsions and light, and in the atelier he uses streaks and spatters of paint, collage techniques, notches and holes. The work is finally given a kind of piercing as he pins it or nails it to a substrate. This treatment softens the contours of Jeff Cowen’s subjects, or renders them ambiguous.

The principles of wabi and sabi

Wabi and sabi are key concepts in classical Japanese aesthetics, and they cover such an extensive array of meanings that they cannot be translated by simple equivalents. During his studies in Tokyo in 1987 Jeff Cowen will have come into contact with the Japanese appreciation for the ‘patina of time’ that is shown, for instance, by the bark of an old tree or the erosion of a statue. “I’m interested in the idea of what in Japanese is called wabi-sabi – the achingly beautiful melancholy of life,” said Cowen in a recent interview. “All beauty must fade, and everything passes. I think this kind of truth infiltrates every human experience – knowing that everything will pass, will decay.” The transformed images in Cowen’s photographic works invariably form a direct reflection of the photographer’s own emotional world. Jeff Cowen’s love of beauty mean that his art works are ultimately concerned with mortality.

A close relationship with the present

The most paradoxical aspect of Jeff Cowen’s artistry is that he creates masterly, tactile photographic works at a time when the world – and the medium of photography in particular – is dominated by digital technology. How is it that his photographic oeuvre, whose many painterly facets give it such an historic air, has acquired such a special and significant place in today’s art photography? ‘Soft contours, ambiguous practices, shifting ideologies and nomadic lifestyles are very much a sign of the times, and likewise bring a baroque sensibility up to date,’ wrote the sociologist Michel Maffesoli in Future and Projections (2009). The baroque sensibility of our time is commonly expressed through the body, whose contours are blurred when the surface of the skin is progressively saturated by a colourful collection of tattoos. Cowen’s treatments turn his photographic work – which is as personal to him as his own skin – into something soft and ambiguous. The modern aspect he gives his work is that he uses photographic and painterly processes to transform his subjects into something profoundly personal.

Jeff Cowen (New York, 1966) studied Oriental Studies at the University of New York. He started out as a street photographer, and worked as an assistant to the American photographers Larry Clark and Ralph Gibson, which gave him the opportunity to master a variety of darkroom techniques. At the Arts Students League of New York and the New York Studio School he studied painting, drawing and anatomy. After the 11 September 2001 attacks on New York Cowen moved to Paris, and since 2007 he has lived and worked in Berlin.

The exhibition Jeff Cowen. Photoworks was created in collaboration with Michael Werner Kunsthandel, Cologne and the Ludwig Museum in Koblenz, where it was on show from 30 October 2016 to 22 January 2017. The exhibition is accompanied by the photobook Jeff Cowen. Photoworks, with texts by Nanda van den Berg and David Campany (Walter König, Köln, 2016). 134pp. € 39,95. Available in the museum shop.