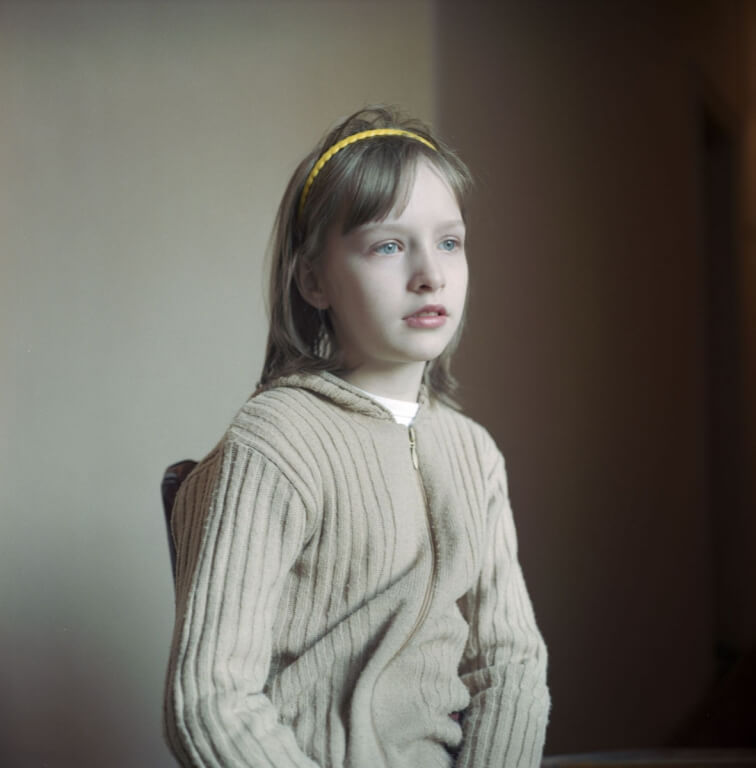 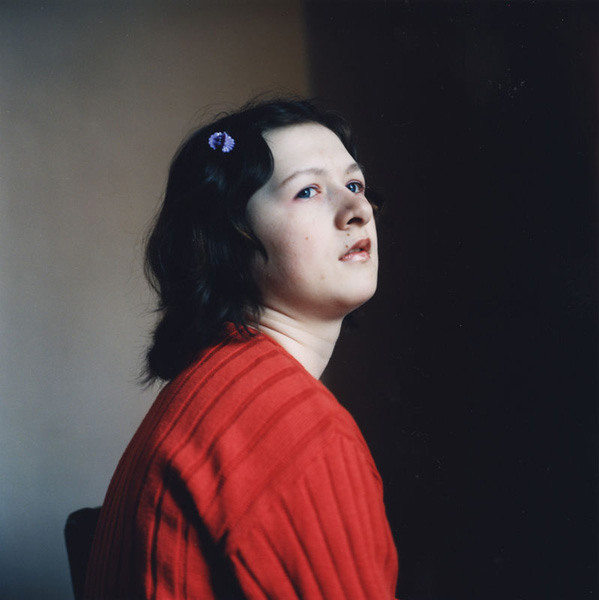 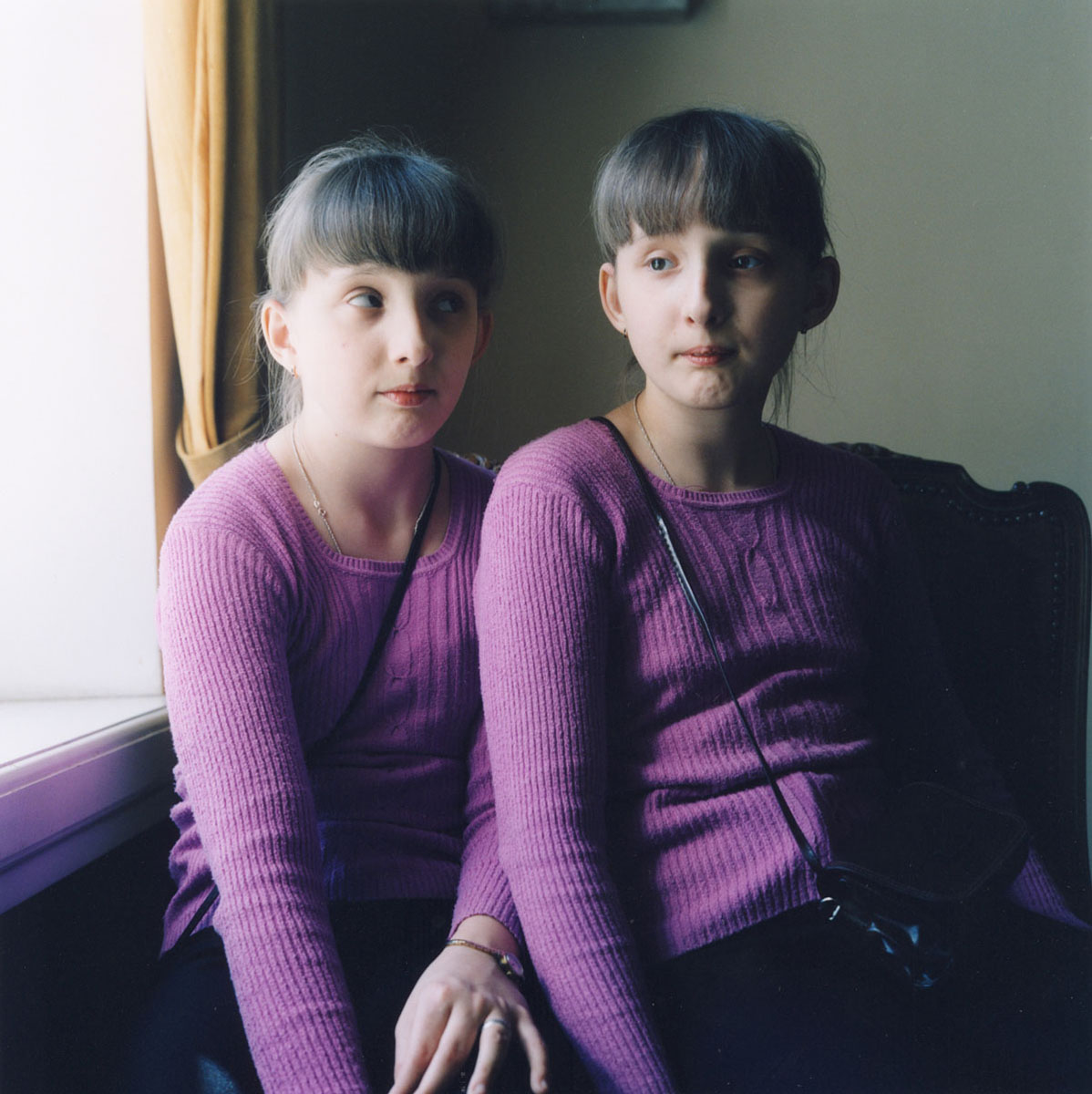 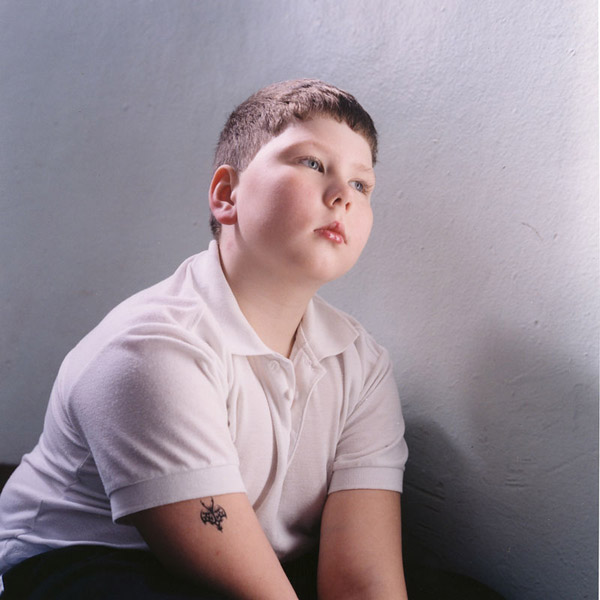 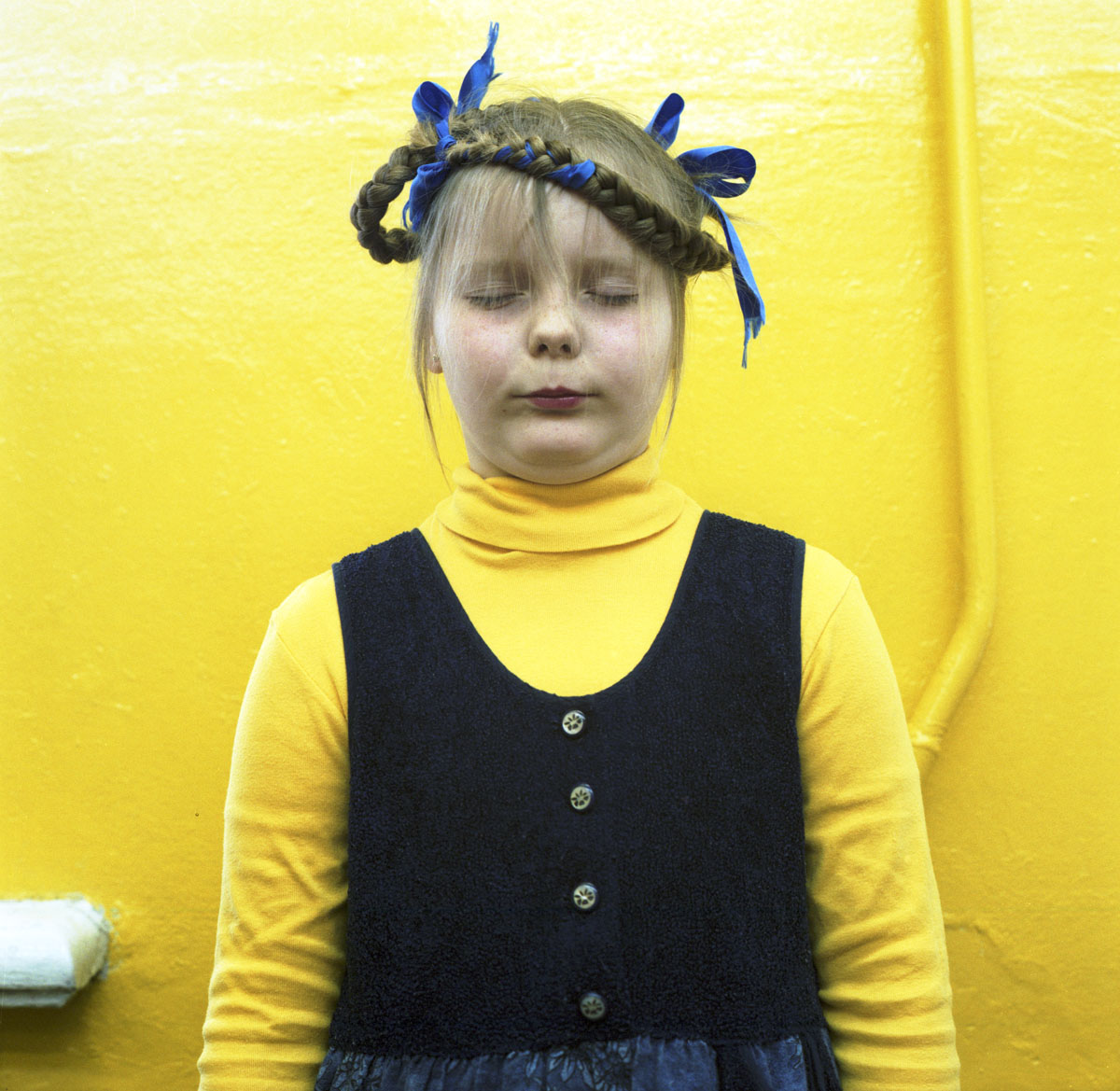 Over the past four years Hellen van Meene (Alkmaar, the Netherlands, 1972) has travelled across the world to make a beautiful and convincing sequel to her series of portraits of teenagers, which brought her worldwide success around the turn of this century. Having at first worked mainly with teenagers whom she already knew from her own surroundings, she found her models for her new work on the streets of Japan, England, Germany, Letland and Russia. These portraits were likewise carefully staged, although she worked more quickly and purposefully. This spontaneous manner of photographing has led to new portrait photos in which the interaction between photographer and model is much more charged – for the first time, there is direct eye contact between model and photographer.

Van Meene still photographs adolescents, but she has extended her repertoire of young girls and androgynous boys to include teenage mothers with their babies, twins, young lovers, boys and girls with their friends, brothers and sisters. The exciting expectations of life and the universal desire of adolescents looking forward to adulthood – whether they live in Tokyo, London or St. Petersburg – form a connecting thread through her oeuvre. Unerringly she portrays the fantasized ideal of these youths, which does not yet coincide with the reality in which they live. She visualizes this tension between fact and fiction with a strongly sensual approach and a good eye for small but meaningful details in the texture and colour of clothing or the play of light on a section of skin or hair. Her earlier theatrical and surrealistic compositions have yielded to a freer approach in which she leaves room for the classic poses and incidence of light found in painting.

Van Meene is firmly in control of the composition of the portraits, but she passes no judgement whatsoever on the sometimes awkward situations in which these youths find themselves. Neither does she look for the unguarded moment in which they are at their most vulnerable. On the contrary, the new identity she creates together with the model does not always coincide with that of the girl or boy themselves. In this series of photographs Hellen van Meenen convincingly shows that she has taken a new road while remaining faithful to her concept.

In the souterrain of the museum a selection will be shown from the work of Japanese photographers and photographers inspired by Japan, including Susan Derges, Pierre Faure, Naoya Hatakeyama, Syoin Kajii, Rinko Kawauchi, Chino Otsuka and others.