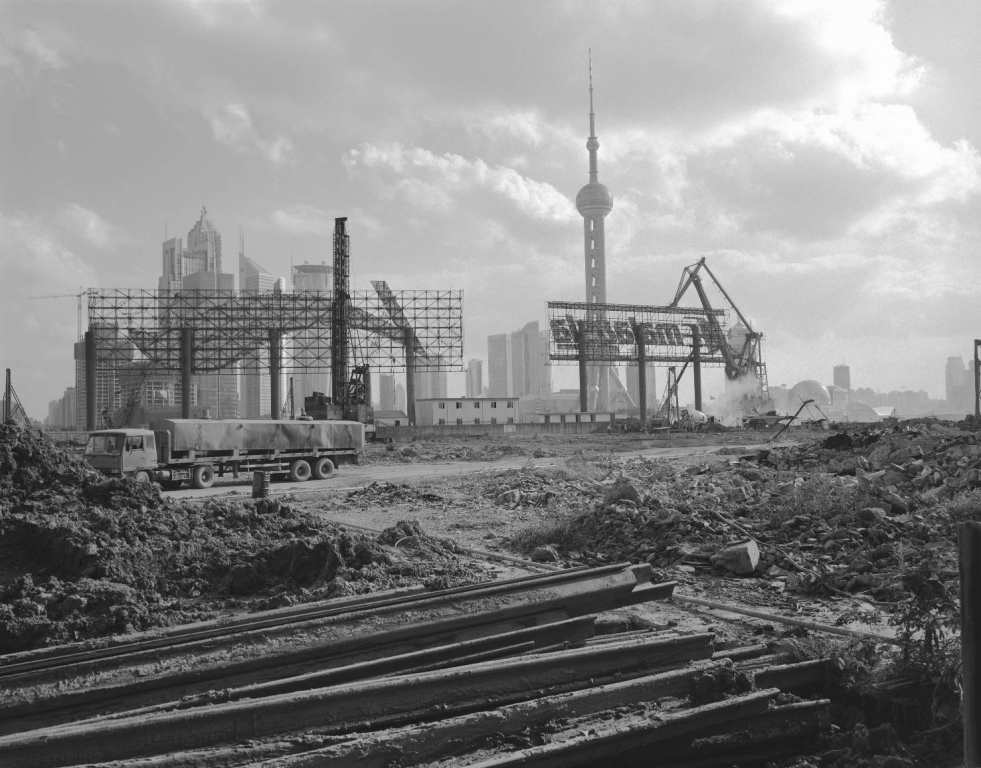 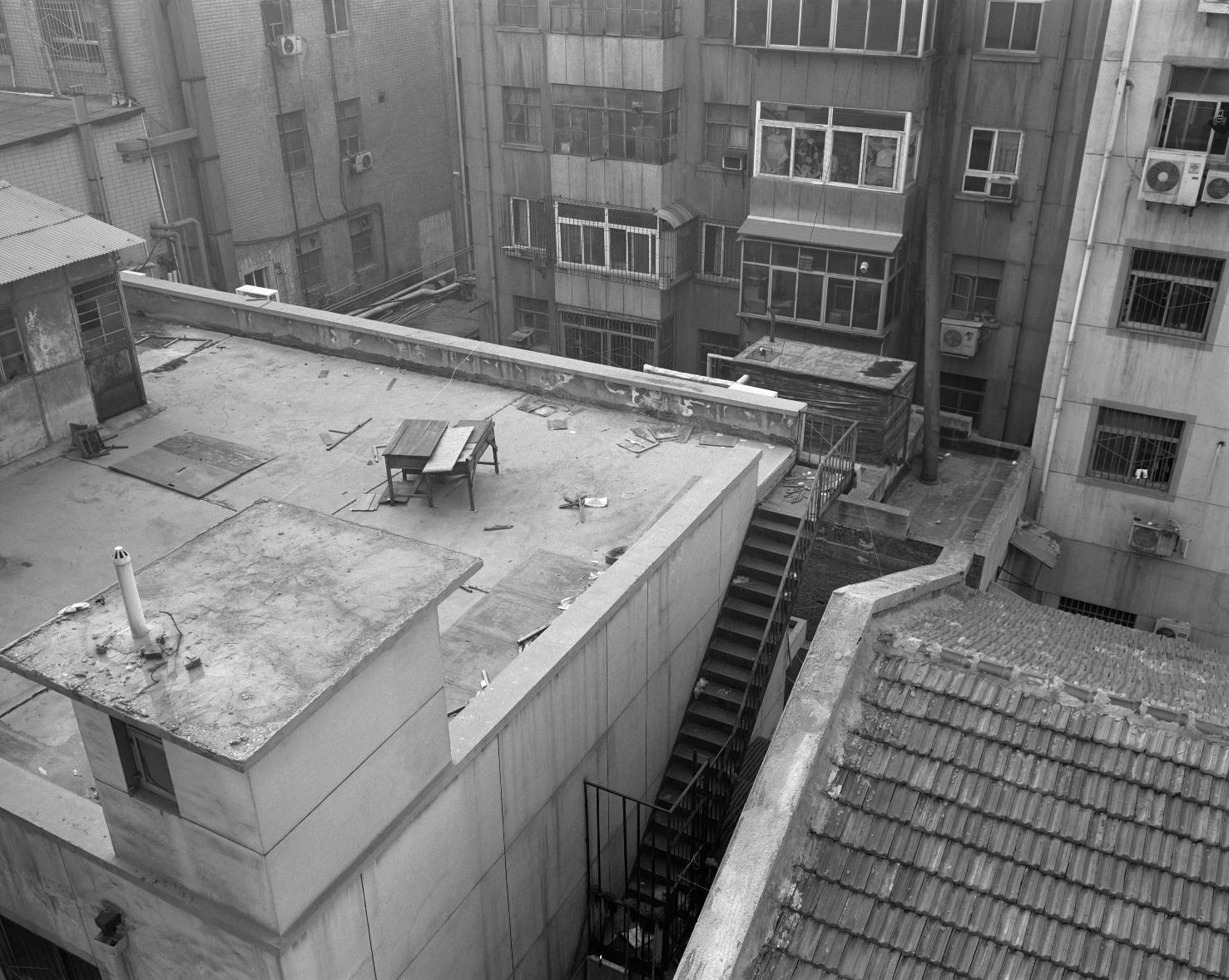 The future of the city: that is the theme raised by Amsterdam artist Hans Scholten (1952) in his photographic project Urban Future. For a number of years now, he has been photographing the urban landscapes of huge cities in Asia and the Middle East. There he captures scenes of rapidly growing neighborhoods, in which chaos and anarchy seem to arise due to a lack of organized city planning. Scholten concerns himself specifically with the way in which the inhabitants themselves shape and set up these neighborhoods: how political, cultural and economic developments determine the outward appearance of these cities. He points out differences and similarities, particularly in the uncontrolled pace of construction and the surprising swiftness with which decay sets in at the same time. Is this the future that awaits cities in the Western world as well?

Hans Scholten began as a sculptor, initially producing installations into which he also incorporated photography. Through the course of time, he came to concentrate solely on this. His background is expressed in the work’s spatial manner of presentation. The project Urban Future is, in fact, a photographic archive which continues to expand and serve as a basis for his development of new models of presentation. On the wall, in large formats, he gives emphasis to the monumental and sculptural qualities of the image, but also to the form of the photographed structures and spaces. In photographic notebooks unfolding across long tables, the images make up a filmic, sequenced account of a journey. The unique character of a specific city vanishes in these sequences; it is the universal image of the urban jungle that emerges. This is how his personal experience moreover becomes palpable to the viewer.

Hans Scholten is interested in the way in which landscapes take shape and in finding the elements that influence this. For his earlier series Terrain Vague (1999) and Reliable Orderliness (2003) he photographed the outlying areas of cities. These tracts of no-man’s land gradually revert to nature. Just as in Urban Future, they have come about in an organic manner, without an overall view or plan. Scholten has now extended his sphere of activity from the outskirts of the city to the city itself. The first series shows how a landscape evolves when nature has free reign; the second, how an urban landscape evolves when man has free reign. Particularly in his photographs of Shanghai and Beijing, where municipal authorities and project developers display quite some architectural vision, the similarity between man and nature becomes visible. Like rampant growth, millions of new inhabitants take over the recently constructed houses and apartment buildings. Having been built cheaply and quickly, the structures gradually collapse beneath this weight.

Rapid construction, concrete structures and little concern for infrastructure characterize both the Chinese cities (Shanghai, Beijing, and X’ian) and those in the Middle East (e.g. Teheran, Shiraz, Beirut, Damascus, Aleppo and Baku). They expand like patchwork quilts due to the inability of municipal authorities to counteract the pressure of a growing economy, as in China, or a growing, young population, as in the Middle East. Urban planning that reflects an interest in history, harmony and homogeneity continues to be a luxury reserved for Western cities.

There are differences though. In China, where money is generally more apparent than in Iran, Lebanon or Syria, there is an orientation toward the West; more high-rise buildings and a diversity of architectural styles can be seen. New residential areas in Middle-Eastern cities consist of low-rise construction derived from traditional styles of architecture. In Iran the houses, shut off from the street, are surrounded by high walls and closed facades, so that the coercive measures of the religious regime have as little influence as possible in the private realm. In Syria and Lebanon the street and public space are, on the other hand, part of the city’s social life, which is also expressed in architecture. And in China the increasingly prevalent ‘gated community’ has developed as a modern-day form of the traditional Chinese house, in which family life takes place around the courtyard.

Hans Scholten is a street photographer, but not in the usual sense of the word, since people play a subordinate role in his images. The structure of the city becomes the dominant factor in his photographs; cars, flower boxes, curtains and trash are the evidence of humanity’s presence somewhere behind all those walls. Scholten photographs in black-and-white, because this abstracts reality in a certain way. The use of black-and-white film allows more room for the imagination and encourages the viewer to reflect on the situations seen in the photographs. To Scholten, color photography has a more documentary character; it distracts the eye from issues that he wants to raise: How does a city take shape? Who or what determines that shape? And what influence does that, in turn, have on life?

The exhibition has been realized in collaboration with Galerie Lumen Travo, Amsterdam, and René Put and with support from the Netherlands Foundation for Visual Arts, Design and Architecture.

Hans Scholten has compiled photographic notebooks specially for the exhibition. These will be on sale at Huis Marseille and Galerie Lumen Travo.