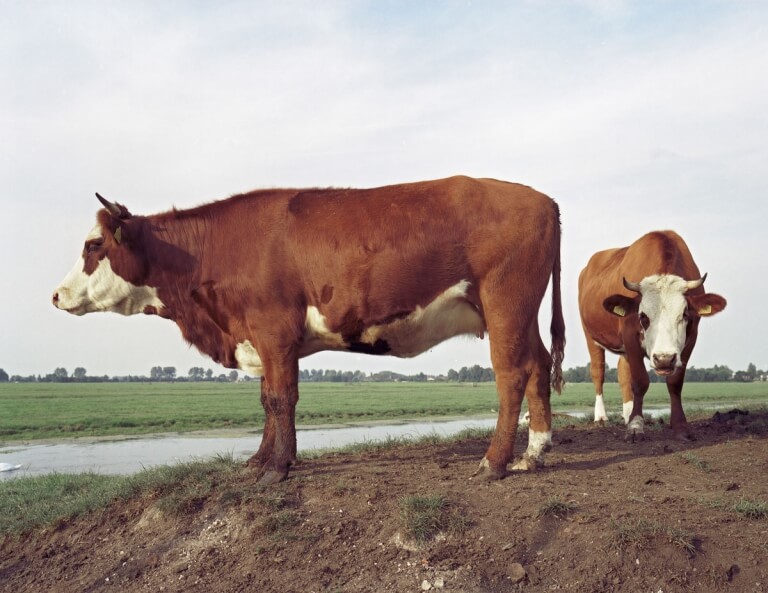 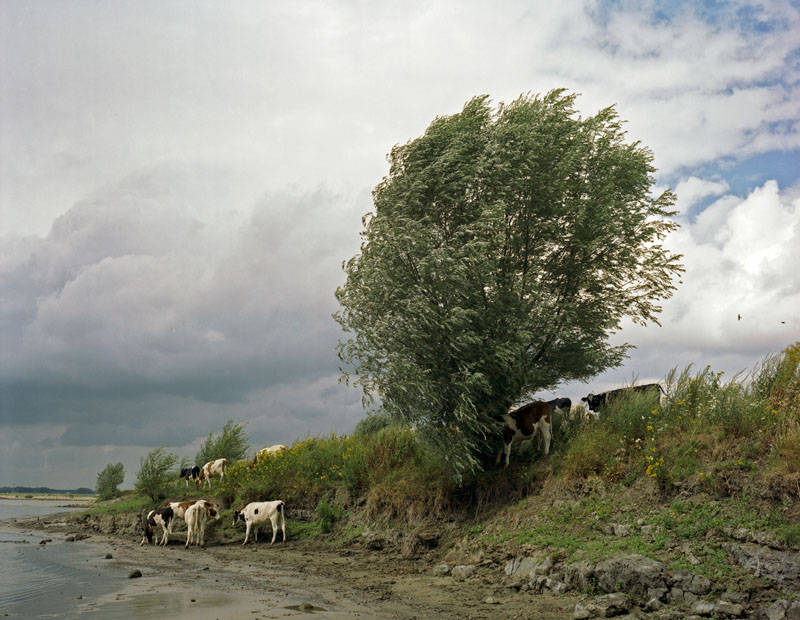 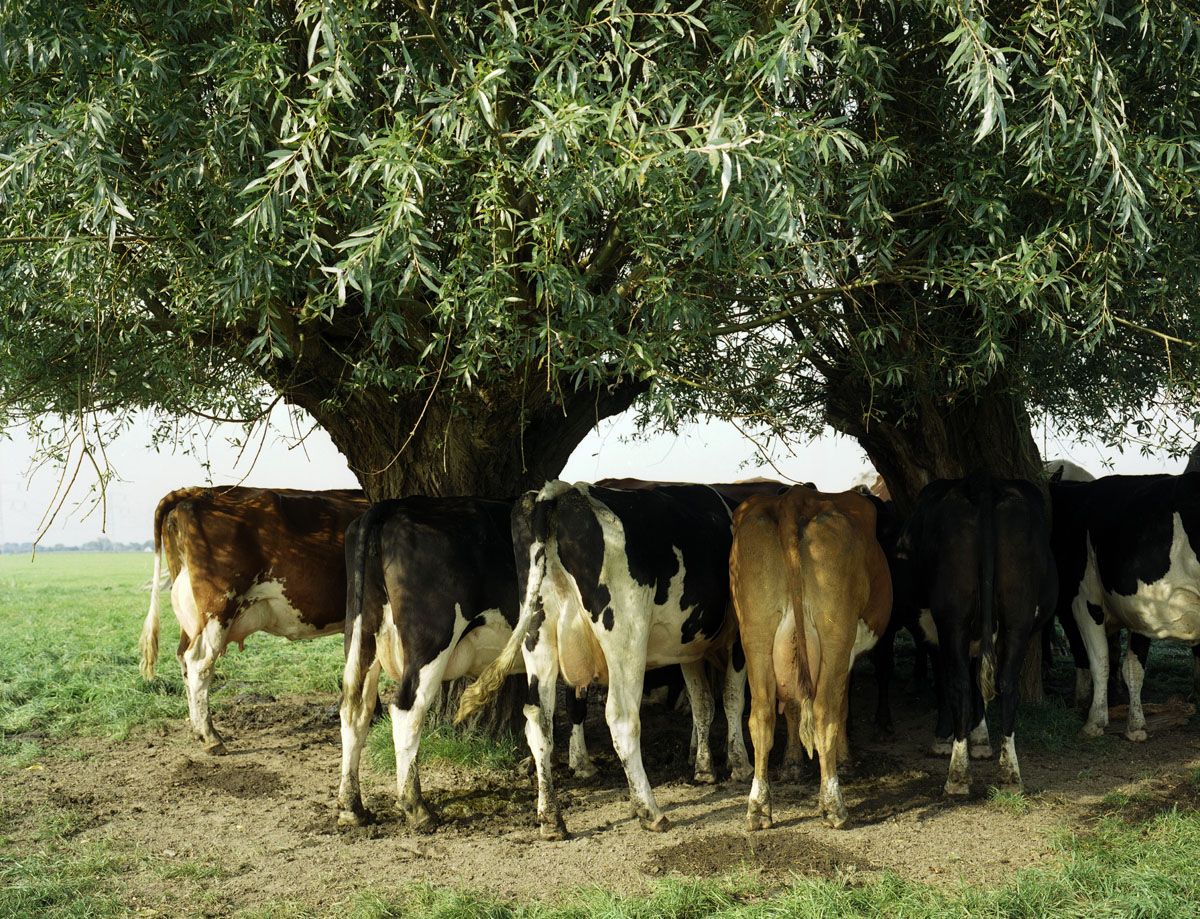 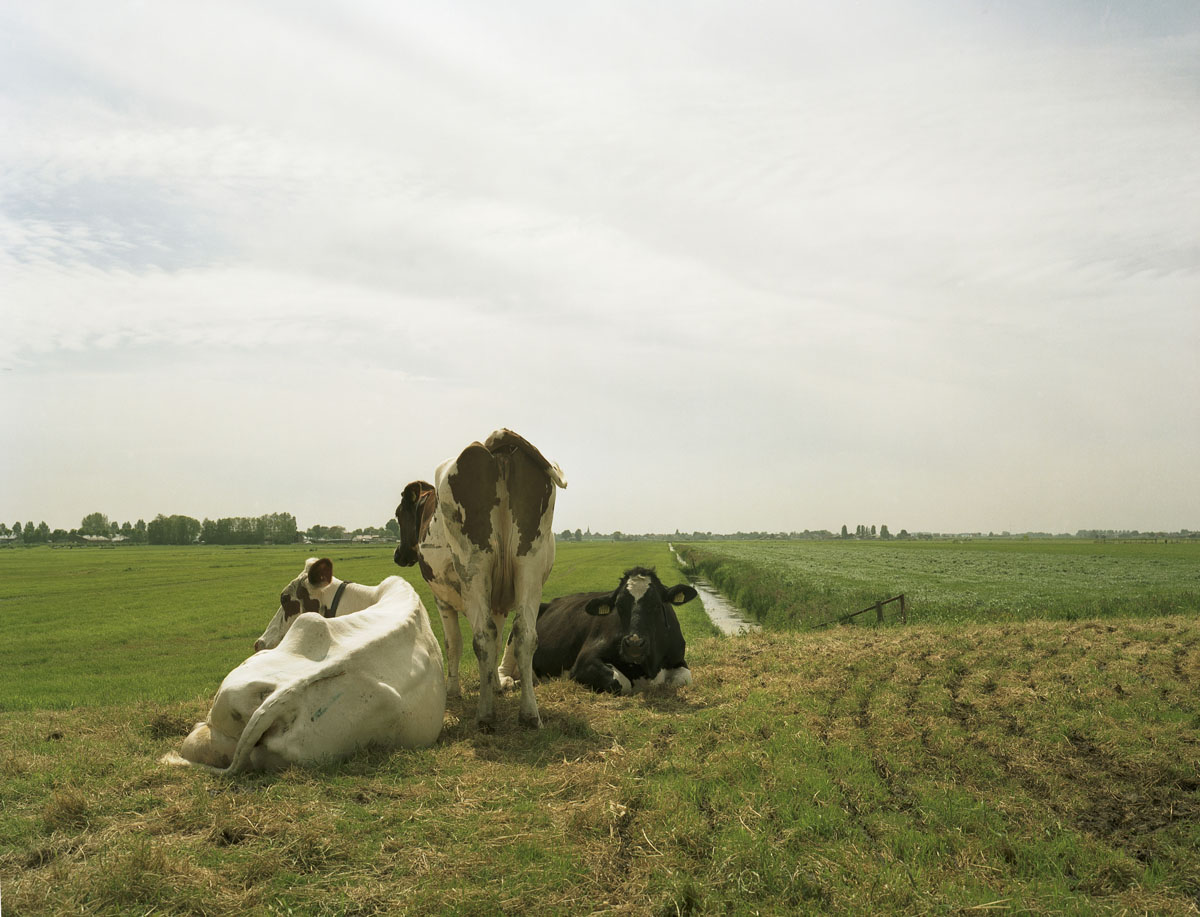 Spain versus Holland: with the photographs of Cristóbal Hara and Han Singels, Huis Marseille is bringing Southern temperament and Northern light under its roof this summer. Cristóbal Hara has worked for over thirty years on a personally tinged oeuvre in which he fuses Spain’s cultural and religious traditions and political history with his own past and memories. Han Singels, following the lead of the classical school of Dutch painting, photographs Dutch landscapes in which cows play the leading role. Both photographers began as photojournalists, but ended up choosing another direction for reasons of their own. With the photographs they are now showing in Huis Marseille, they each find themselves in alignment with the broad artistic traditions of their own countries: the expressive emotional surrealism of Hara against the subdued and cerebral realism of Singels.

Following in the footsteps of Paulus Potter, Aelbert Cuyp, Gerard Bilders, the Maris brothers and Willem Roelofs, Han Singels (b. Brastagi, Indonesia, 1942) has trekked for years through the polders of North Holland, the riverbanks of Gelderland and the pastures of Utrecht in order to photograph cows in the landscape. Whereas his illustrious predecessors went out with their sketchbooks on foot or in a cart, Singels sets out from Amsterdam with a camera, on his motorbike. Light, air, water, trees, grasslands, and cows of all sorts and colours are the elements with which painters create their landscapes on white canvas, usually in the studio, from their imaginations. As a photographer, Singels can do nothing but look, walk and wait with endless patience until the right moment arrives and all the elements properly combine and strengthen one another. And still, he will not know whether he has struck home until he is in the darkroom. Looking at his work, you catch a glimpse of the old Dutch Masters and their 19th-century colleagues of The Hague School in every photogra

At first sight, the series Polder Holland (named after the diked-in lowlands south of Loenen in the province of Utrecht) is artistically and conceptually far removed from the socially engaged work with which Han Singels became known. Yet the series is in line with the development he has made as a photographer. As a political photographer, he tried to portray the structural consequences of the decisions made by Parliament, trade unions and employers’ organizations in those turbulent years. Gradually, he became more interested in subjects that did not directly require a standpoint. This manner of working is illustrative of the great involvement that Singels brings to his subject matter, whether it be unions, youths and AIDS patients, or cows in the Dutch landscape. In his previous work, technique and aesthetics were subordinate to communicating essential information. With the series on the Dutch landscape – a broad selection of which is being shown for the first time here – his composition, tone, light and framing are the determining factors for the success of the photograph.

Han Singels chooses scenery in which he can easily manoeuvre and come close to the cows. He looks for what in landscape painting is known as an ‘upholstered’ landscape, with animals (cows), heights (dikes, for instance) and side framing (such as groups of trees) in order to capture different levels in the image. Singels photographs a timeless Dutch landscape. He deliberately keeps such elements as farms, stalls, silos, power pylons, roads and railways out of the composition. If he were to include these in his photos, the documentary aspect would undesirably slip back into the image and the photos would no longer be about the Dutch landscape but about the infrastructure of Dutch agriculture and its related policy.

Realism has a long tradition in Dutch painting. Yet the painted landscapes of Jacob van Ruysdael and other Dutch masters do not reflect reality, nor are they exact topographical representations. Using sketch books and their imaginations, these artists created a recognizable but nonexistent world. They did not want to capture life in paint, but to make the paint viable. For the landscape photographer, ‘realism’ is not an artistic concept, but a fact and reality can be stubborn. A landscape with constantly changing weather conditions and moving cows cannot be coerced into a picture. Countless ‘failed’ photographs precede the one good photo, in which the space, the horizon, the light, the air, the colour and the position of the cows combine in the right visual relationship.

Polder Holland was realized thanks to a generous contribution from the Netherlands Foundation for the Visual Arts, Design and Architecture (BKVB) and the Anna Cornelis Fund Foundation.