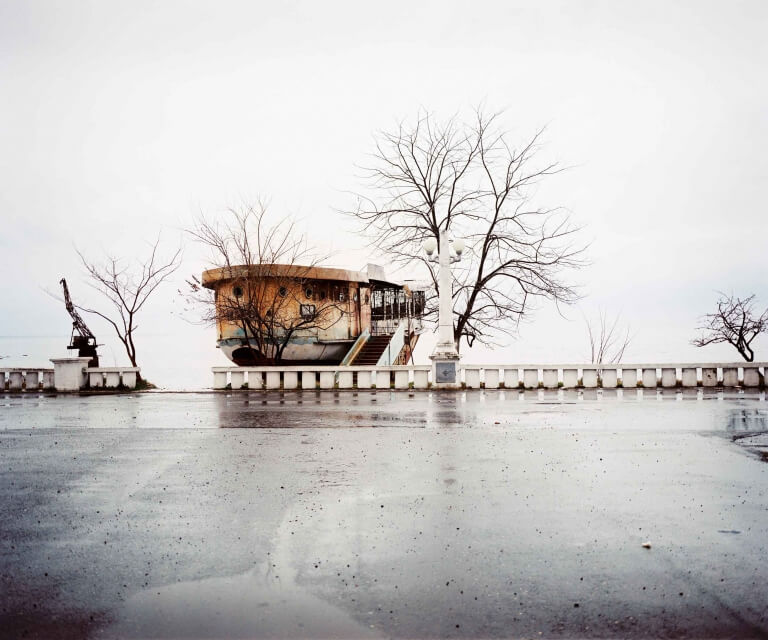 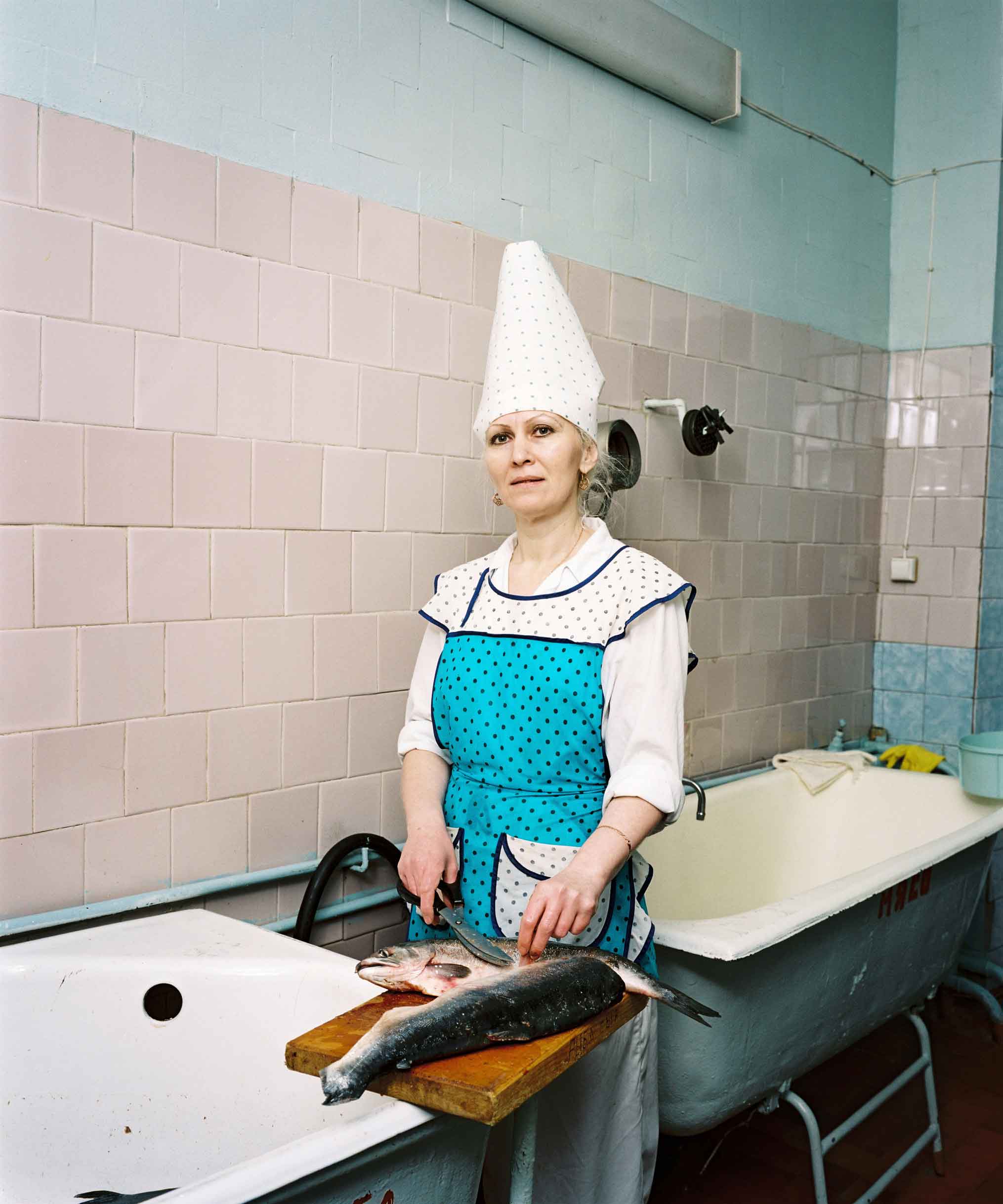 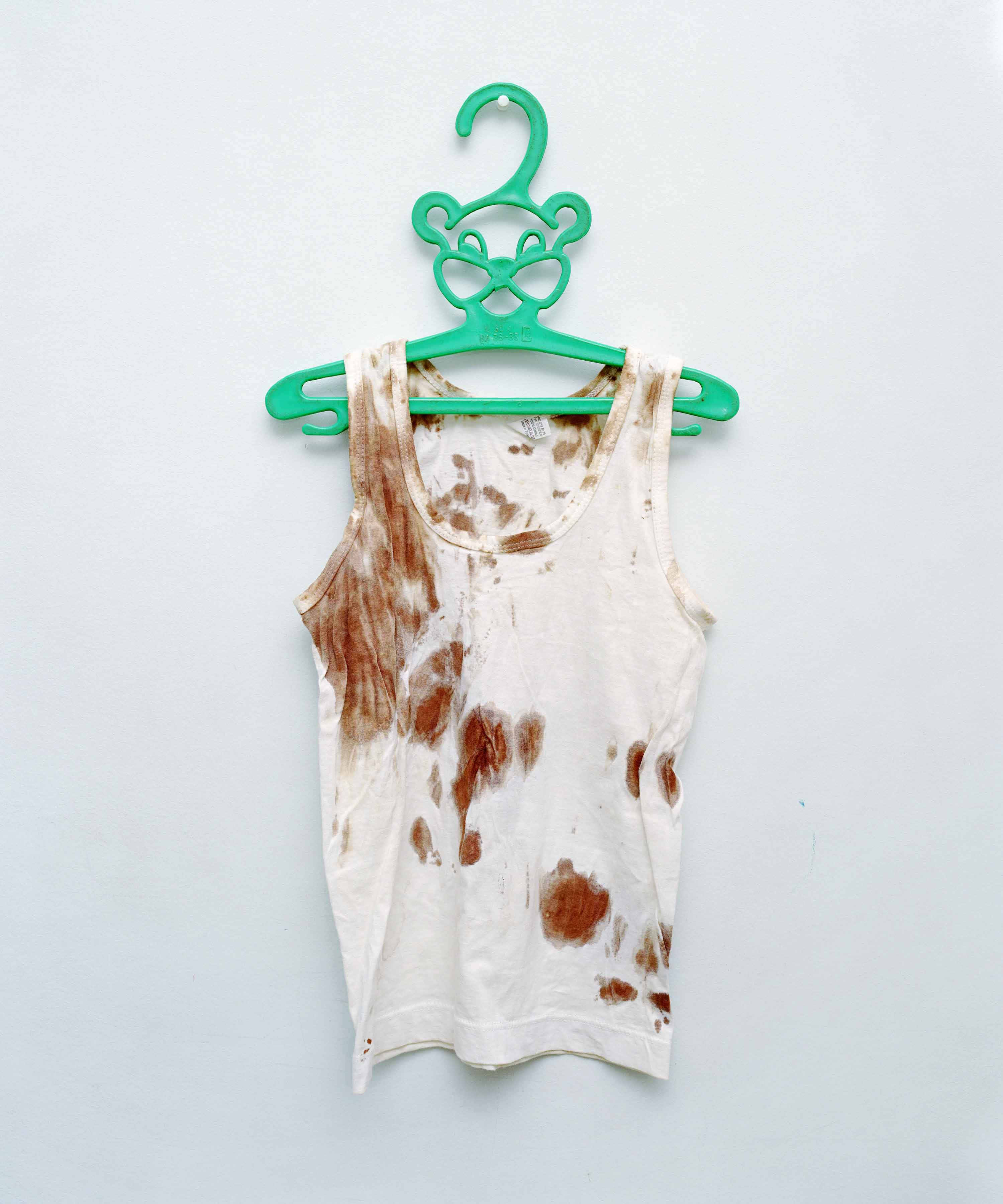 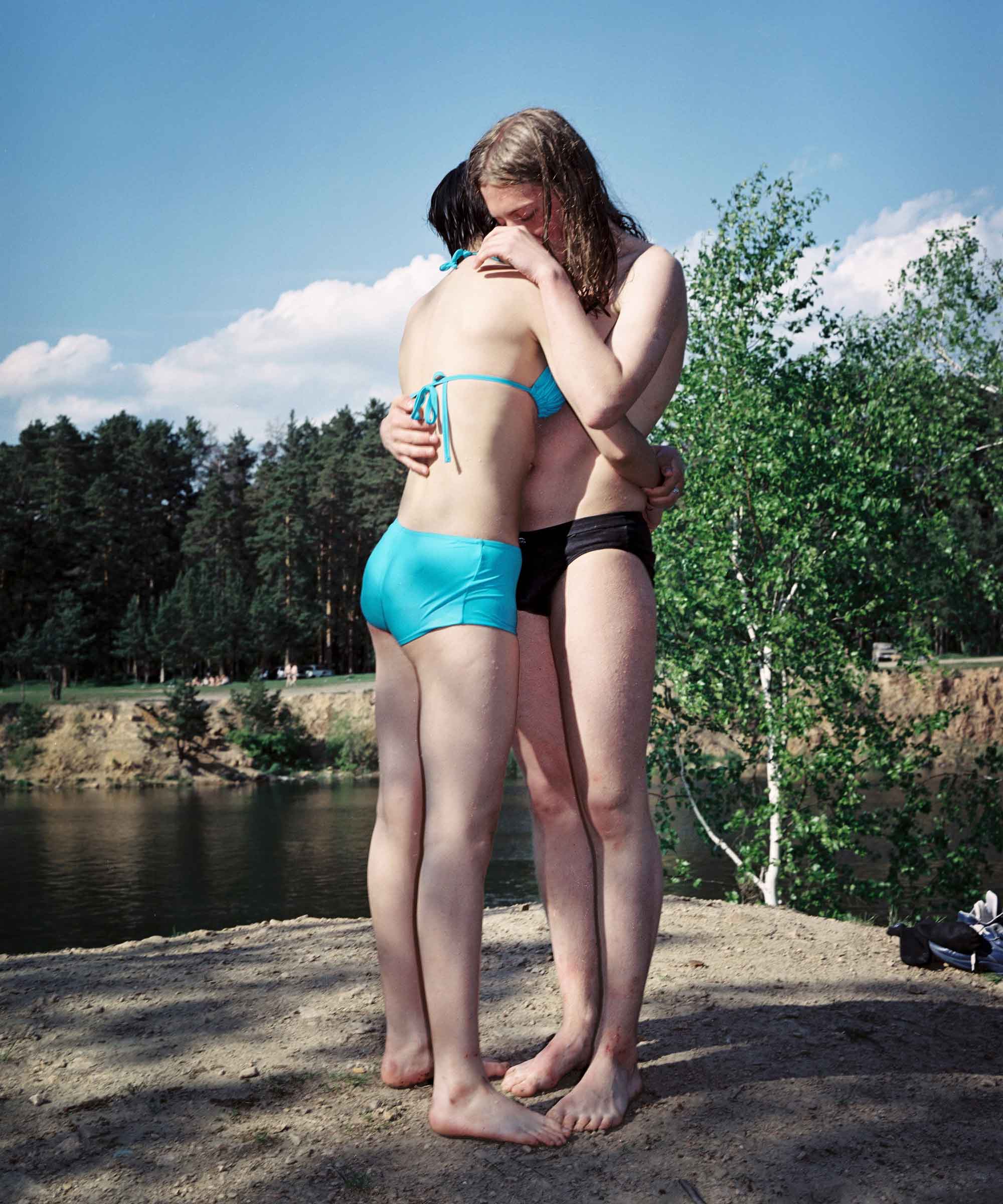 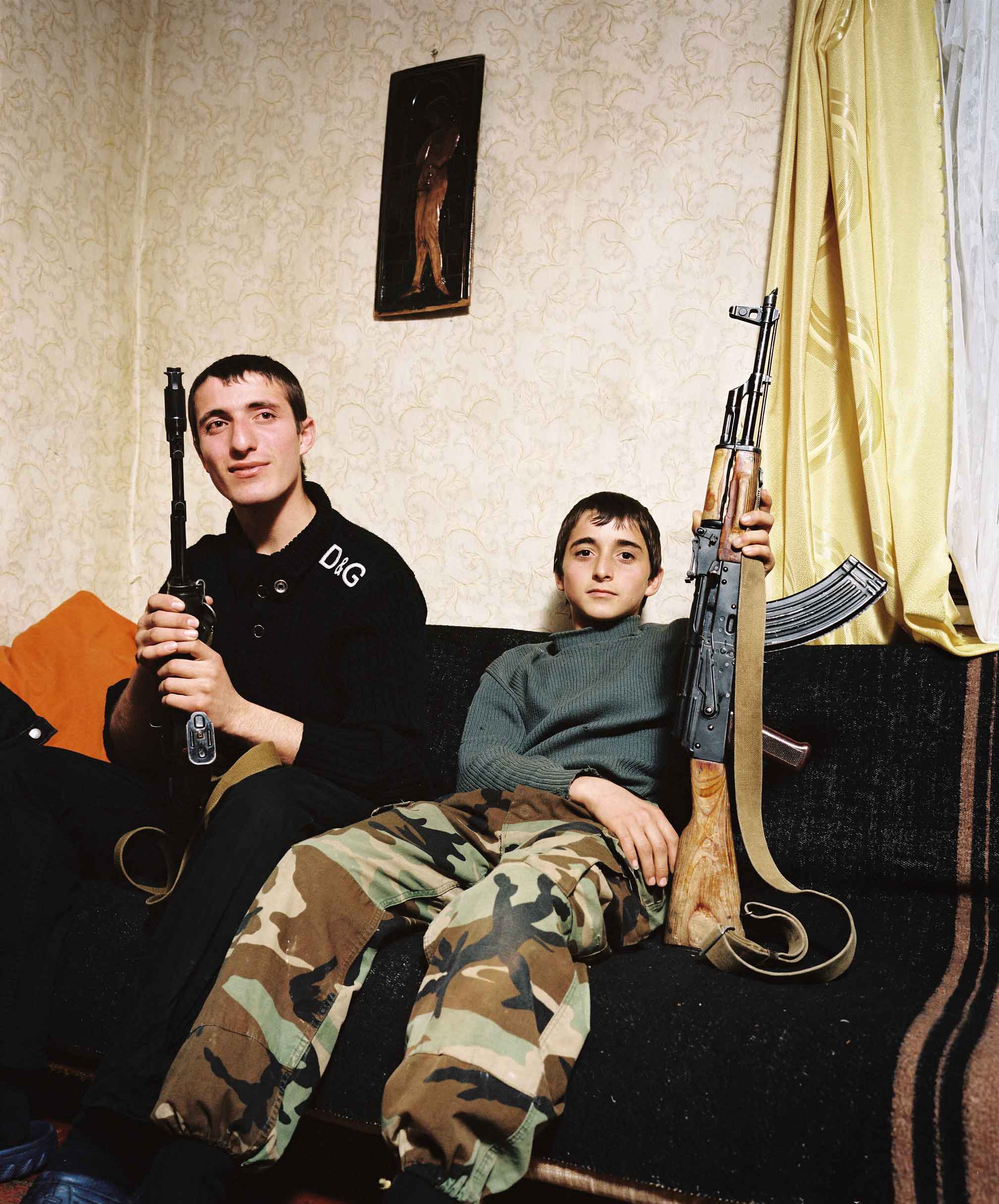 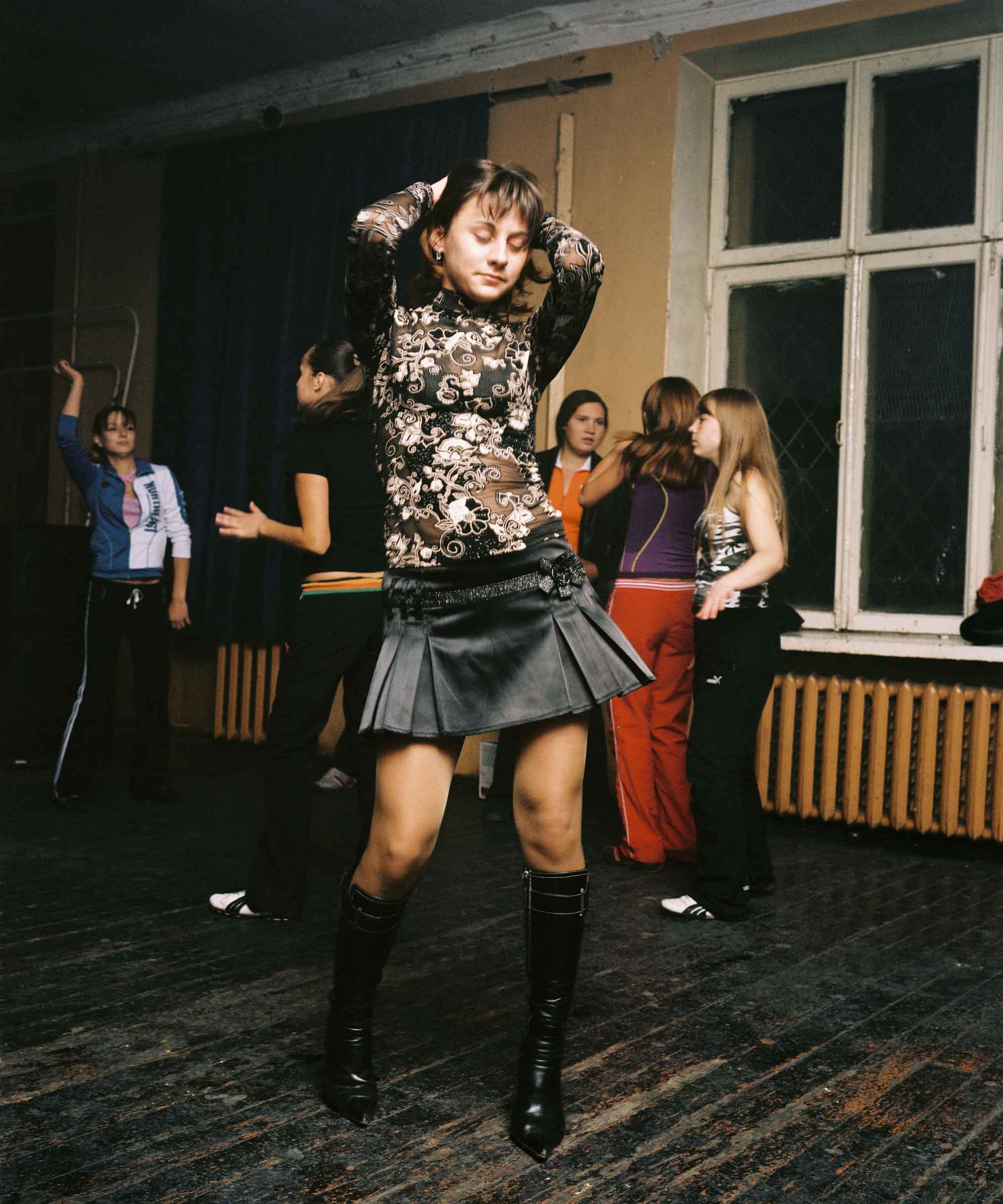 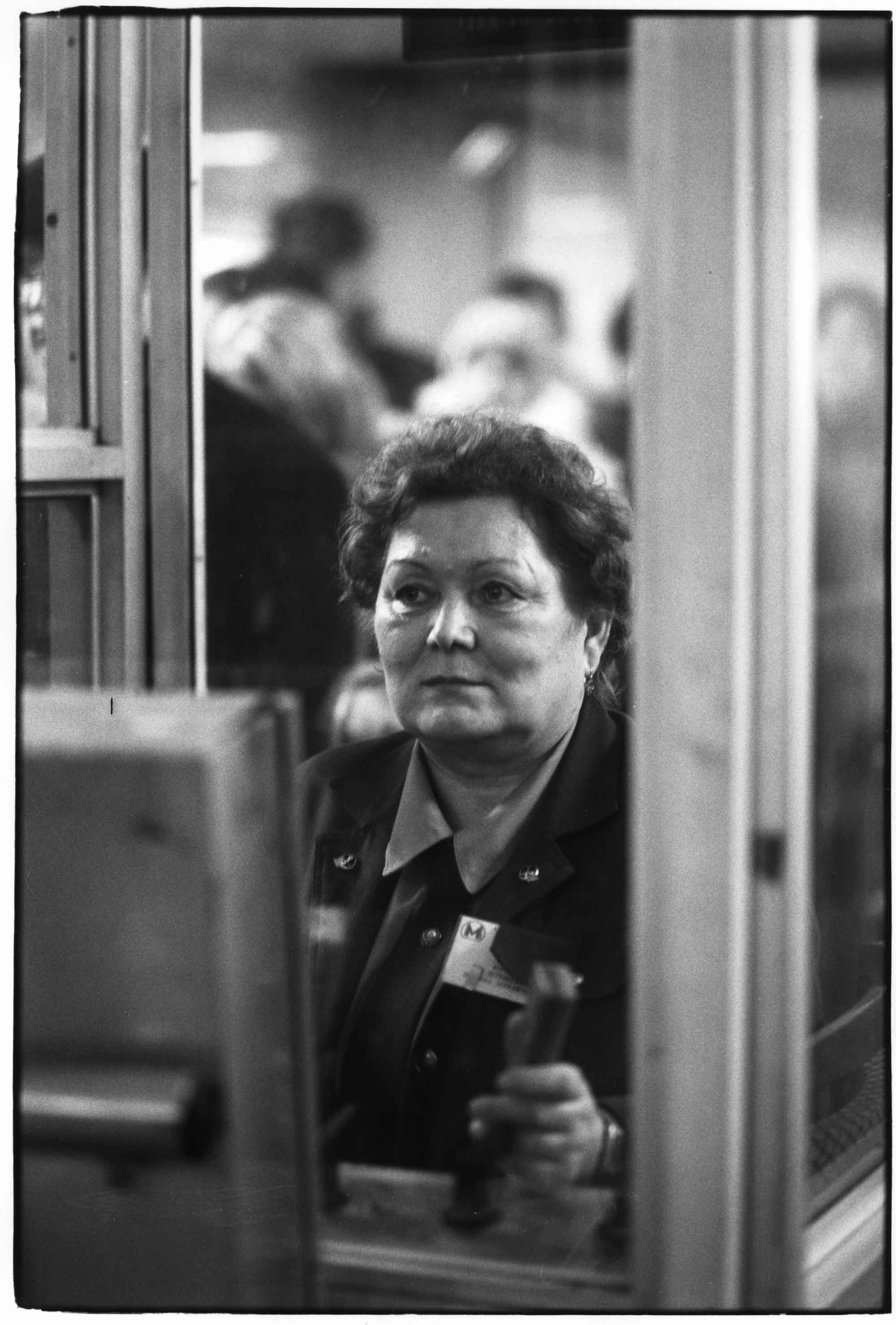 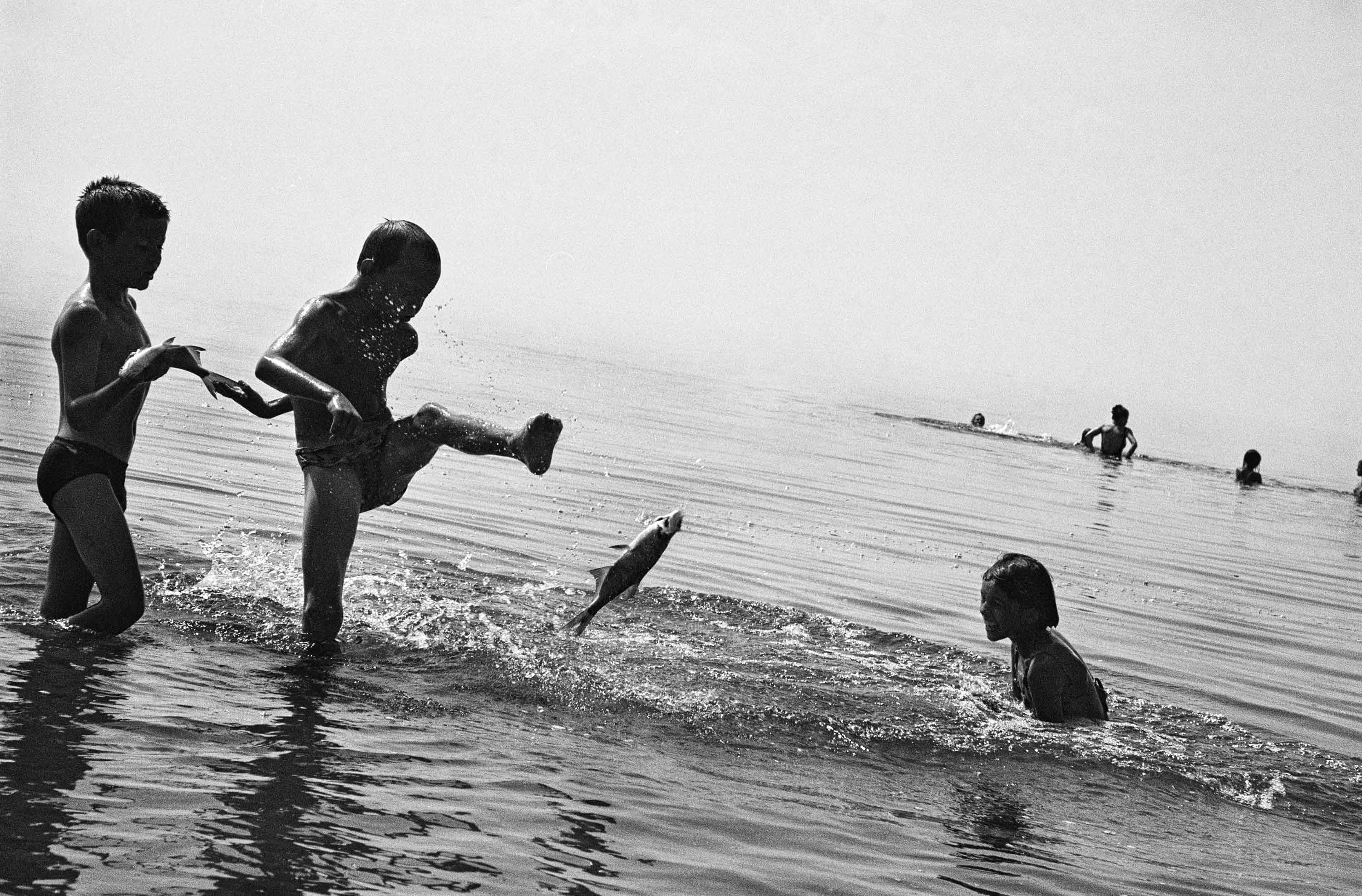 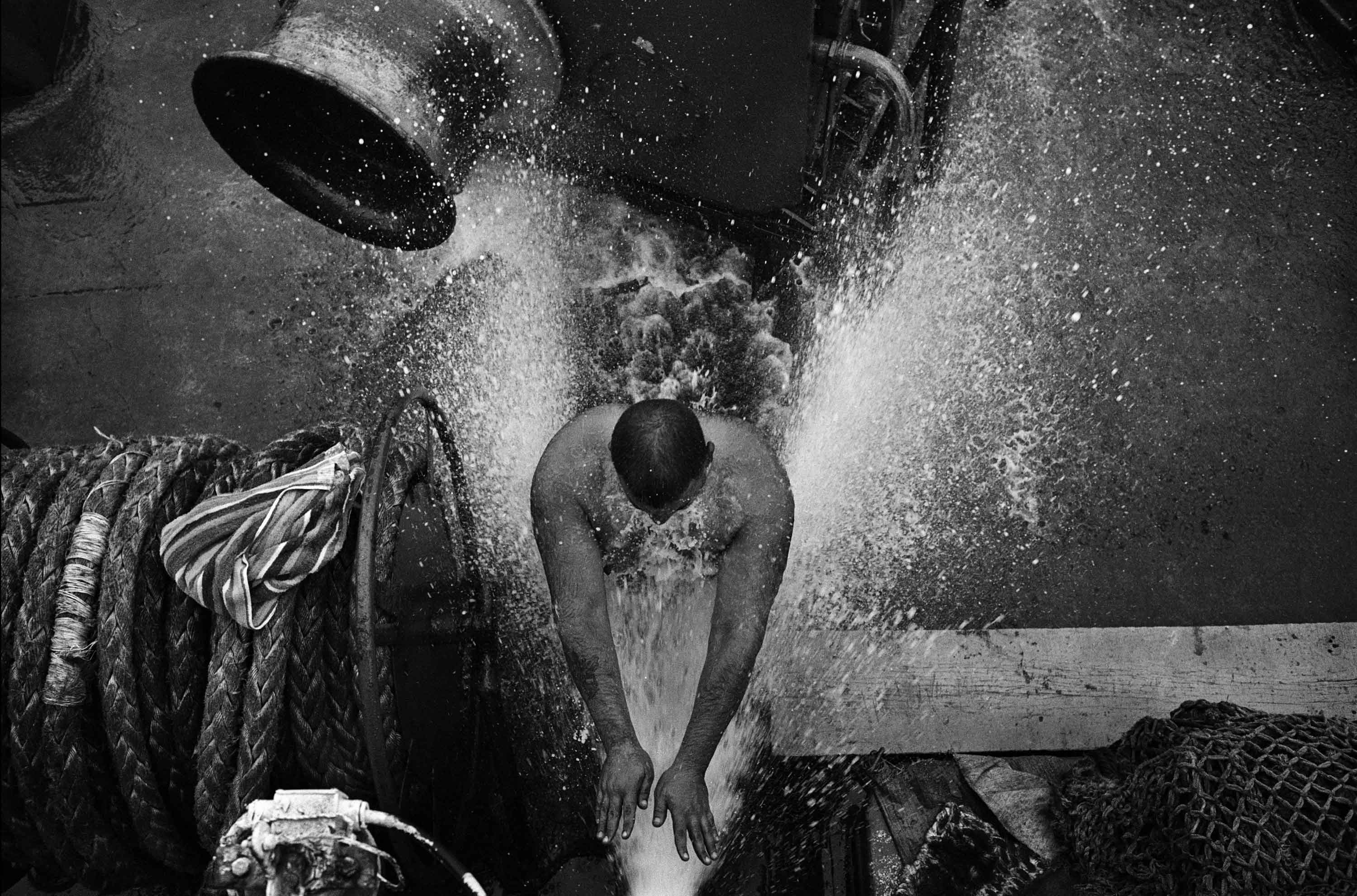 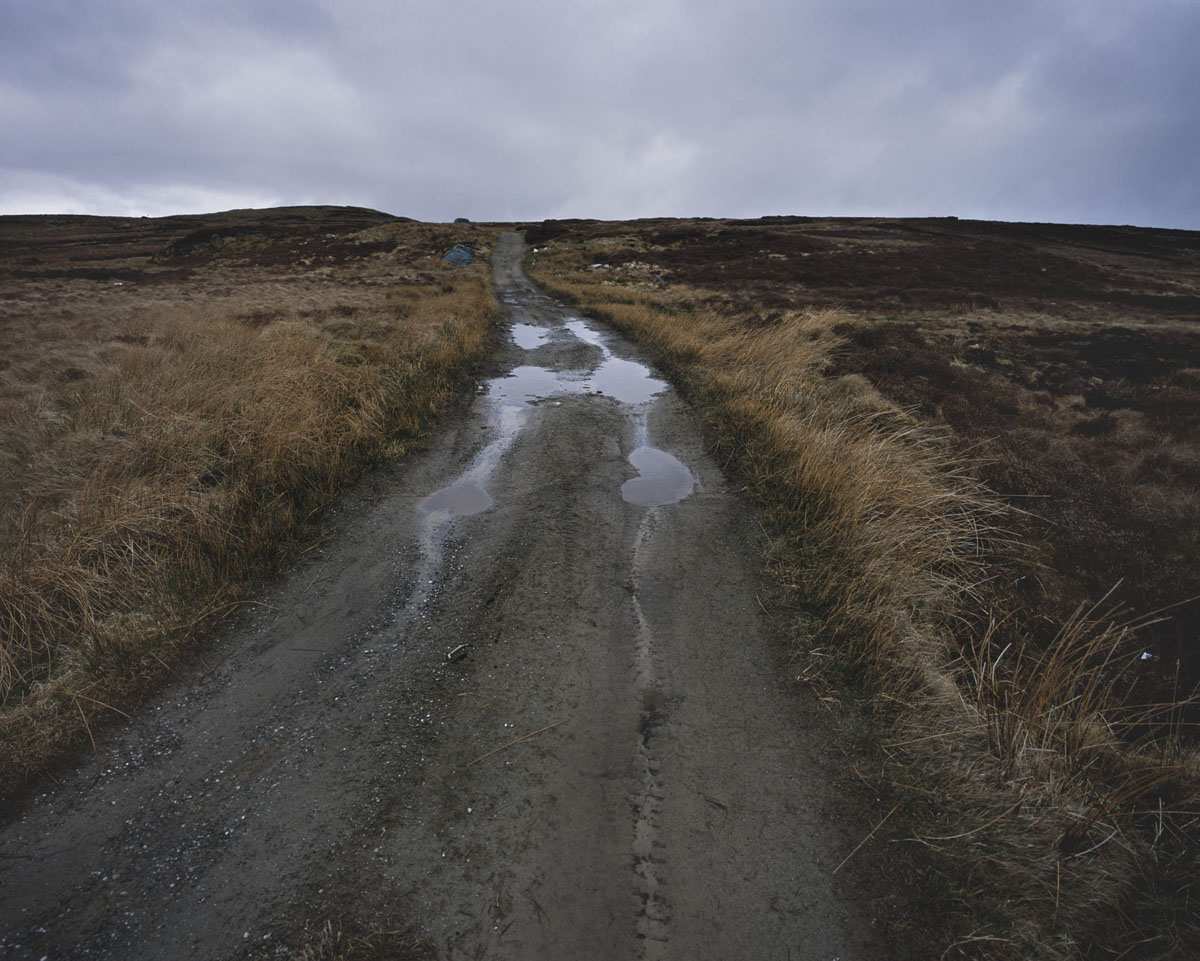 In the wake of an eventful Netherlands-Russia year, from 14 December 2013 Huis Marseille devotes several of its exhibition galleries to a photographic examination of the intrinsically Russian soul. This soul is to be found, for instance, along the banks of the great Russian rivers – such as the Volga, the Neva and the Oka – where the country’s development was closely linked to trade and fishing. The Russian photographer Oleg Klimov depicts Russia’s relationship with water, travelling to these places by sea and waterway. The Dutch photographer Rob Hornstra, by contrast, lays bare the Russian soul in a thousand details: the erratically-applied false eyelashes on the flamboyant Natalya Shorogova, floor supervisor at Hotel Zhemchuzhina in Sochi; the educational ‘Cosmonautics’ museum at Orlyonok, a children’s summer camp; in nostalgic found photos, or the simple image of a plate of prison food. Olga Chernysheva is a Russian artist who reveals the remarkable in ordinary, everyday subjects such as Moscow’s curiously withdrawn subway attendants. She also examines the relationship between objects and figures, particularly the uneasy relationships that people enter into with the spaces they occupy.

Besides this special attention for Russia, Huis Marseille is devoting a large gallery to the ‘Portraits of the Ring’ of the internationally-known artist Sarkis and two other rooms to its own collection, including two striking photographs by the Northern Ireland photographer Willie Doherty that are amongst the museum’s newest acquisitions.

After his exhibition in Moscow was cancelled at the end of 2013, photographer Rob Hornstra’s ‘Sochi Project’ had been continuously in the news. Since it was announced that the 2014 Winter Olympics would be held in Sochi, this subtropical Black Sea resort has turned into a huge building site; the 2014 Winter Olympics have already been declared the most expensive ever. This makes Sochi the perfect subject for Rob Hornstra, whose preference is for long-term projects that allow him, first and foremost, to tell stories and overturn prejudices. Together with writer and film-maker Arnold van Bruggen, Hornstra has spent five years documenting this region of the Caucasus. But controversial Sochi is only one of Hornstra’s Russian projects. Huis Marseille will be showing a large retrospective of his work in Russia over the last ten years. While Hornstra’s photographs are in the documentary tradition, he has an entirely original style and his images are marked by a narrative and painterly character. In illustrative themes, the typical inhabitants of various Russian regions are paraded before us: veterans, junkies, artisans, patients, prostitutes, Muslims, children, lovers, housewives, and artists. It is the documentation of a love-hate relationship with a colourful country and its remarkable people.

Oleg Klimov: Along the shores of Russia

After years of reporting on the Caucasus, Central Asia and other hotbeds of unrest in the former Soviet Union, the Russian photographer Oleg Klimov went in search of the country’s ancient, but still unsettled relationship with water. In terms of land area, Russia remains the largest country in the world. Rivers and canals have been the most efficient transport routes since time immemorial, not only for traders and soldiers who had to traverse the country, but also for those whom tsars and, later, party leaders wanted to see exiled to its furthest reaches. Russians always sought ice-free harbours and seas from which to spread their wings still further. Nevertheless, having found open water they seldom crossed it, preferring to regard the coasts and shores as the fringes of their enormous realm. In recent years Klimov travelled by boat, or in his own yacht, along Russian waterways and seas. He visited the historic Gulag of the Siberian north, the fishermen of Kamchatka, the Pacific Ocean in the far east, the first Stalinist forced-labour camps below the White Sea, and settlements and military bases along the Volga. Klimov photographed playing children, burly fishermen, and those ‘typically Russian’ figures lying at the water’s edge that he says ‘are the epitome of unguardedness and openness – some of them are just drunk, though.’

Oleg Klimov (Tomsk/ Siberia, 1964) studied astrophysics at the University of Kazan but worked from 1991 onwards as a war photographer, including for the NRC Handelsblad. In 2004 Huis Marseille exhibited Oleg Klimov’s ‘Legacy of an Empire’. In December 2013, IKON TV will broadcast ‘Letters to myself’, a documentary by the Dutch/Russian film-maker Maja Novikova about Oleg Klimov’s life as a former war photographer.

Olga Chernysheva: ‘Windows’ and ‘On Duty’

With her gift for delicate, empathic observation Olga Chernysheva reveals art in the everyday. Her subjects are simple and unspectacular; they concern ordinary people and objects, and are devoid of any satirical or cynical commentary. Chernysheva’s work represents a new kind of realism. ‘On Duty’ (2007) is a series of portraits of Moscow subway attendants, people who are ‘seen but not noticed’. It is their blank expressions – directed inward and sometimes upward – which particularly fascinated the artist. The video installation ‘Windows’ (2007) – sixteen glimpses of interiors through the windows of Russian houses – is shown on iPads. Chernysheva examines the relationship between objects and figures, particularly in the ways people enter uneasy relationships with the spaces they occupy. For her, art is “a little office that conducts research into the poetic truth of life.”

Olga Chernysheva (Moscow, 1962) studied at the Gerassimov Institute for Cinematography in Moscow from 1981 to 1986 and at the Rijksakademie van beeldende kunsten in Amsterdam from 1995 to 1996. In 2013 she was given a solo exhibition, ‘Compossibilities’, at the Kunsthalle Erfurt. The accompanying book Compossibilities (HatjeCantz) is for sale in the Huis Marseille museum shop.

Sarkis: ’Portraits of the Ring’

The elves, orcs, magicians and hobbits populating J.R.R. Tolkien’s saga The Lord of the Rings form a unique culture in which the forces of good and evil are engaged in a constant struggle for supremacy. This good and evil are also depicted in the expressions given to the tiny, mass-produced figurines of Ring characters, so the expressions of these figurines allow others to communicate the nature of the struggle between good and evil. Sarkis collected Ring figurines and used them to create a series of 54 Ring portraits, photographing them in an analytic manner so as to sublimate their powers. Sarkis focuses on their faces, which gaze downwards; we cannot see what they see. This fusion of the exotic and the contemporary is characteristic of Sarkis’ entire oeuvre. Huis Marseille is showing 30 of his Ring portraits; the rest can be seen in a video, made specially for this exhibition by Emma van der Put, which describes the seeds from which these artworks first grew.

Sarkis (Istanbul, 1938, lives and works in Paris) was invited by the Museum Boijmans van Beuningen in 2012 to transform the Submarine Wharf in Rotterdam harbour into a new experiential world, ‘Ballads’. Sarkis’ work has been exhibited internationally since the 1970s, including at the Venice Biennale and in Istanbul. Over the last four months the young video artist Emma van der Put (1988, Den Bosch) also made four videos of the last stages of Huis Marseille’s rebuilding activities and its preparations for the exhibition ‘The rediscovery of the world’.

The museum galleries devoted to Huis Marseille’s own collection include two large, recently-acquired works by the Northern Ireland photographer Willie Doherty (Derry, 1959). At this year’s Art Basel Doherty was represented by his compelling video ‘Remains’ (2013), drawn from ‘a body of work that meditates upon the irrefutable traces of past events that will not disappear, that resurfaces and cannot be forgotten.’ The two photographs, ‘Seepage’ and ‘To the Border, A Fork in the Road’, were made at the end of the last century but first printed only very recently. Here, along the fracture line of escalating violence between Irish Catholics and Protestants, Doherty traces and articulates the scars in the city and the country in an understated but powerful way. Willie Doherty is currently the subject of a retrospective exhibition in Derry, ‘Unseen’, which will be shown in Tilburg’s De Pont museum of contemporary art in 2015. The accompanying publication is for sale in the Huis Marseille museum shop.