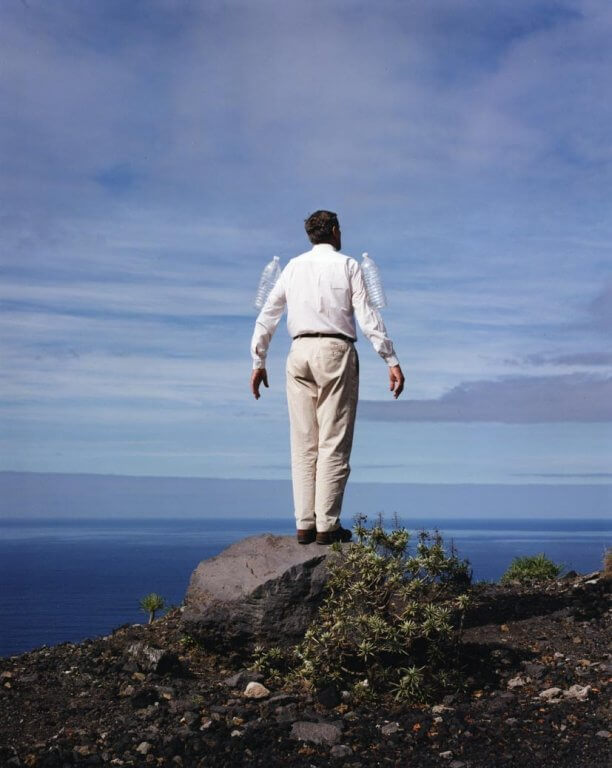 This summer, Huis Marseille is presenting a special project with completely new work by photographers Elspeth Diederix (1971) and Marnix Goossens (1967). At the initiative of organizers/producers Colin Huizing and Frank van der Stok, the two photographers were each invited to make a series of ten photographs with a common departure point: a personally coloured view of nature. The concern here was not a documentary approach, but the ways in which the photographers comment upon nature, manipulate and enrich it. Not surprisingly, nature and natural phenomena play an emphatic role in the work of Elspeth Diederix and Marnix Goossens. No matter how differently they have approached the theme and developed it, the project presented here clearly show that both photographers are kindred spirits.

In her work, Elspeth Diederix bends nature to her will in order to create the surrealistic, magic tableaux she has in mind. She works like a director, deliberately giving each object a specific place within the composition. To this end, she often uses unnatural materials and objects, such as plastics and chemical paint that contrast strongly with the natural surroundings. In doing so, she comments not only on nature but also on our consumption society. The series of photographs that she is exhibiting in Huis Marseille was made on La Palma, a Canary Island dominated by a volcano, which has left its black traces everywhere. Diederix has used these remarkable natural surroundings to create narrative photographs that at times evoke mythological associations. Marnix Goossens photographed the seemingly natural world for this project, such as it appears to him at home or while travelling. On closer inspection, he turns out to have an exceptionally sharp eye for nature’s remarkable, weird and wonderful aspects, which he then uses in order to comment upon that same nature. Sometimes, just like Diederix, he actively intervenes in the image, but usually he lets the natural environment speak for itself by means of a marked point of view and choice of frame. In doing so he effortlessly switches back and forth between an intimate inner world and the public outer world, but always with an emphasis on the natural surroundings.

Both artists demonstrate a distinct relationship with nature in their work, using the camera not as a passive tool but as a means of actively shaping reality. Not infrequently, the confrontation between the creative force of nature and the creative force of the artist occupies centre stage.

This project was realized thanks to the support of private backers who will acquire the completed works for their collection.

In conjunction with the exhibition, a publication entitled Supernatural with an introduction by Colin Huizing and Frank van der Stok and an essay by Dick Tuinder has been put out by Artimo. Designed by Floor Koomen. 34.95 euros.