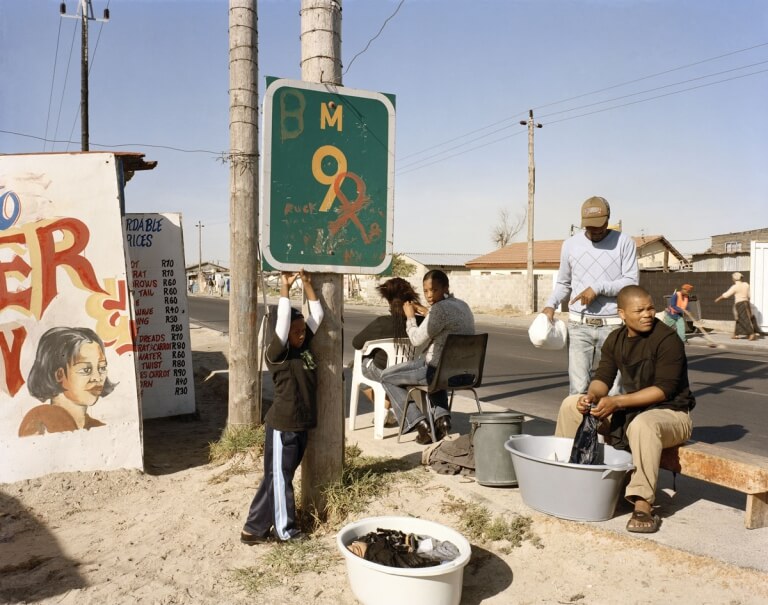 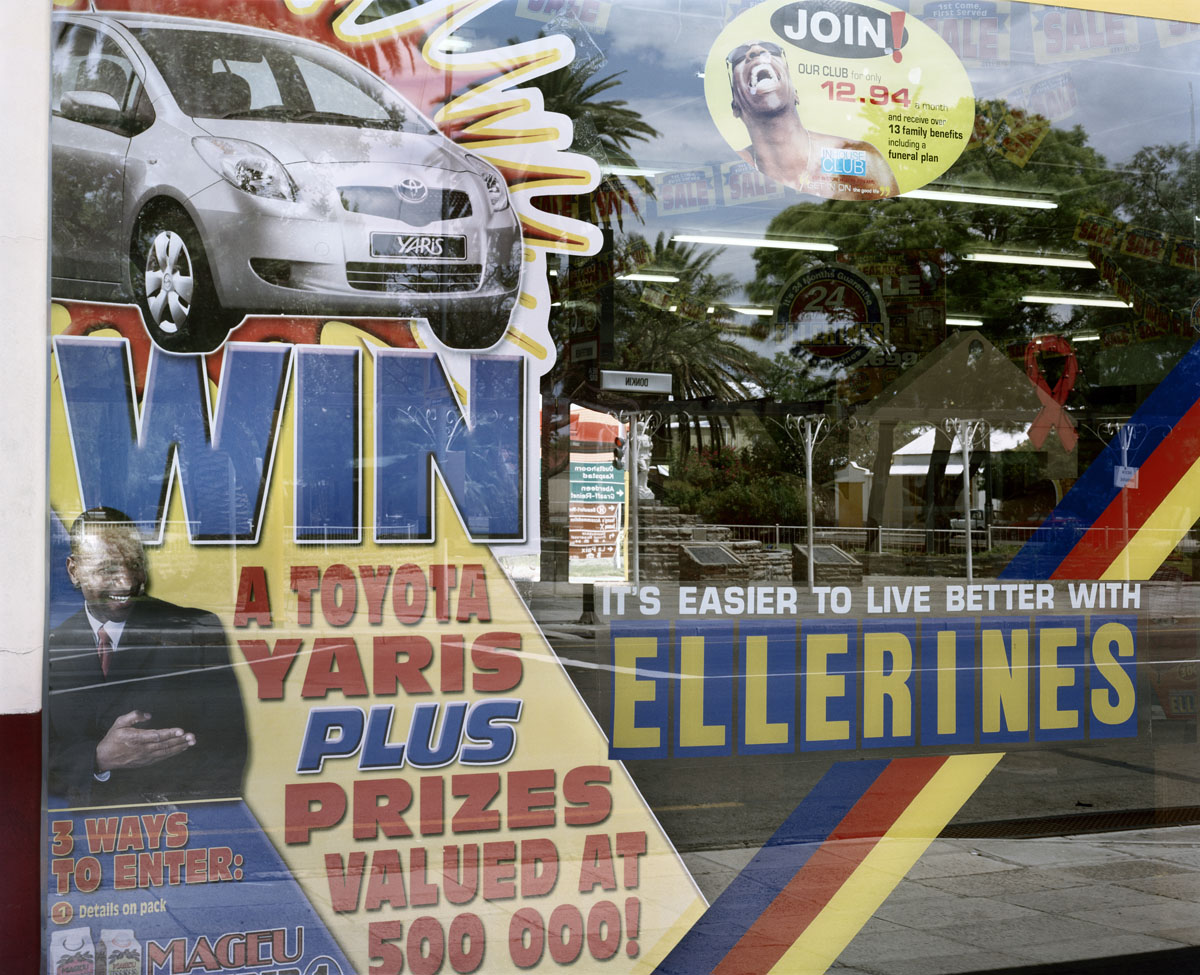 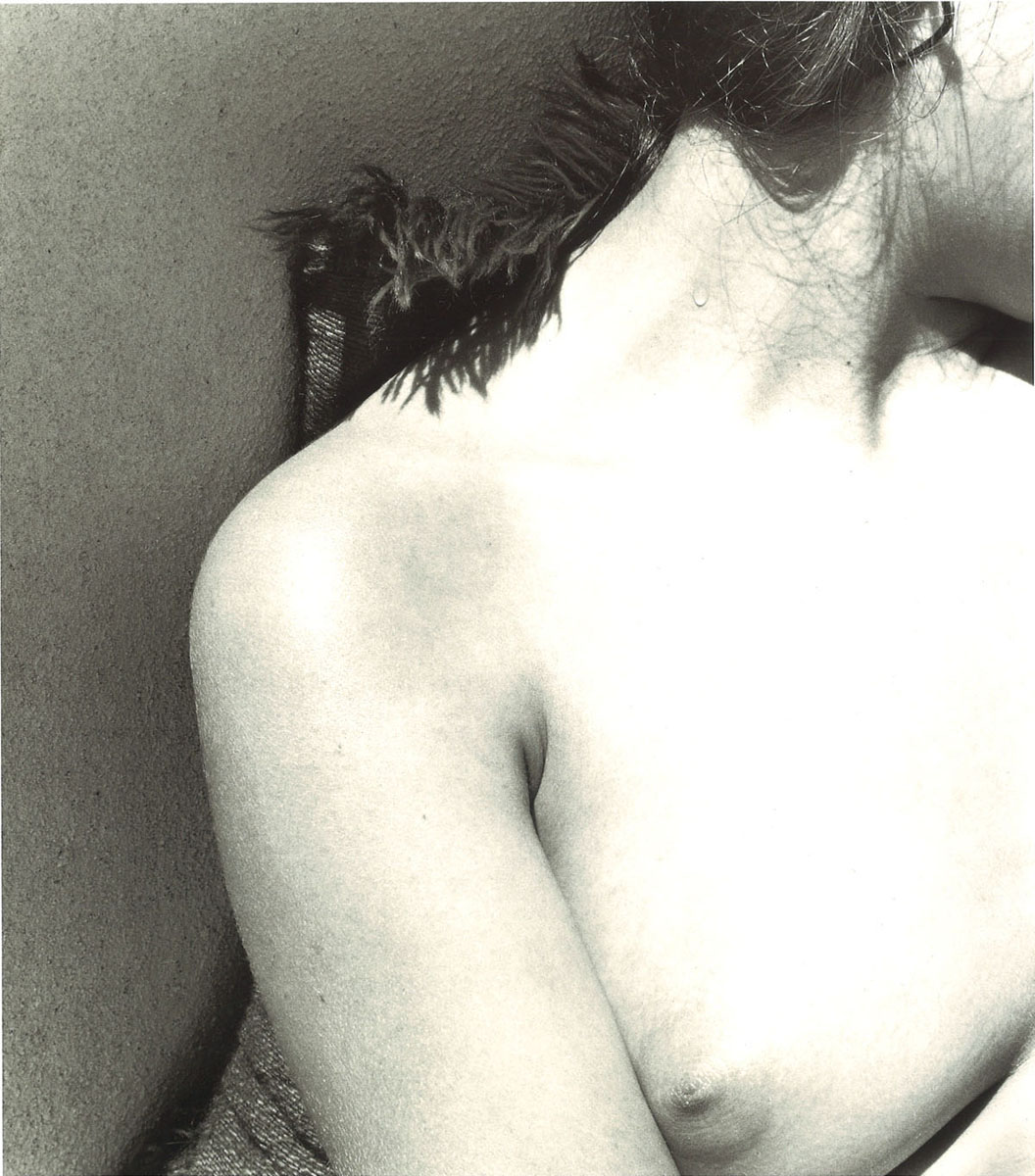 David Goldblatt works in the tradition of the great documentary photography of the 20th century. From the time when the apartheid regime was introduced at the end of the 1940s, he has observed social developments in his native country with a critical eye and a specific attention for the neglected detail. Goldblatt is not a photojournalist who reports on obtrusive events; he is more interested in recording the social conditions that lead to those events. His photographs of mine workers, Afrikaners, life in the black homelands and in the white suburbs are published in magazines and books, such as On the Mines (1973), Some Afrikaners Photographed (1975), In Boksburg (1982), Lifetimes under Apartheid (1986), The Transported of KwaNdebele: A South African Odyssey (1989), South Africa: The Structure of Things Then (1998) and Particulars (2005). With the book Intersections (see below), a new title has now been added to the list.

Although Goldblatt has been one of the most prominent of South African photographers for almost half a century and had a solo exhibition in 1998 in the Museum of Modern Art in New York, he gained fame in Europe relatively late. The 11th Documenta in Kassel (2002), where black-and-white photos from the In Boksburg series and photos of Johannesburg from the Intersections series were shown, increased interest in his work, as did Fifty-One Years (2001), a retrospective of Goldblatt’s work presented in Witte de With in Rotterdam and elsewhere.

Goldblatt investigates how apartheid and the country’s violent history have shaped its political and social structures, its cities and landscapes. Through his photography he attempts to give meaning to the relationship between the political and physical geography of South Africa, a connection that is visible in the sometimes subtle changes at work in the cities and especially in the overwhelming South African landscape. As he once said in an interview: Primary is the land, its division, possession, use, misuse. How we have shaped it and how it has shaped us. This personal and simultaneously political vision earned him the prestigious Hasselblad Award in 2006.

Until a few years ago Goldblatt’s ‘personal’ work was exclusively in black and white, for with colour he could not express his rage, revulsion and fear of the ideology of apartheid. Moreover, during that period he had found the technical expressive possibilities of colour photography to be limited: for example, colour transparency films had not enough latitude, colour negatives displayed colour casts, and he did not have sufficient control over prints made on PE paper. The beginning of a new political and social era after the abolition of apartheid occurred almost synchronously with far-reaching developments in digital printing techniques. At this point Goldblatt felt the need to expand his choice of subject and form of expression. A new generation of colour films and the remarkable control of contrast and colour saturation enabled by digital reproduction have made that possible for him.

Goldblatt shoots his photographs on colour film and then edits the negatives in the computer. Working together with his master printer Tony Meintjes, he only makes changes that could be done in a darkroom – he never uses the computer to alter the contents of an image. The prints are extremely sophisticated inkjet prints on aquarelle paper. He strives for a colour rendering which corresponds as closely as possible to his perception of colour in the reality of the harsh South African sunlight. High contrasts, unsaturated, neutral colours and at the same time a broad range of tone and hue give each print an unprecedented, pinpoint sharp graphic quality in which each detail is visible.

Goldblatt’s masterful command of photographic techniques is sublimely expressed in his series of monumental photographs of the desolate, desert-like landscape of the Karoo and the Northern Cape province. The temperatures are extreme, it is arid and dry, and the sun shines intensely and mercilessly in the immense sky. Every colour fades in this endless landscape in which the lack of reference points throws the traveller upon his own resources. Goldblatt tries to reveal the uncompromising character of this landscape in his photographs. He avoids optical tricks (wide-angle, panoramic photography) and the picturesque and dramatic moments of the day (sunrise, sunset, stormy weather). With his view camera he achieves a great depth of field that enables the reviewer to ‘read’ the image down to the smallest detail. Only in this manner can he collect the visual proofs of the relationship between mankind and the land: fences, monuments, remains of settlements, nomads and their herds, et cetera.

The content and intensity of Goldblatt’s colour photography is not fundamentally different from that of his older black-and-white work. But he does take into account the specific possibilities of colour photography. Intersections contains themes that he never could have satisfactorily depicted in black-and-white, such as the series of asbestos landscapes which touch on a large social problem. Blue asbestos was mined for a century in South Africa but the companies doing this ignored the damage done by asbestos to the health of mining communites and the dangers of asbestos waste scattered over the land they mined. Thousands of people have died as a result and many more will follow in years to come. The new government supports claims made by the relatives and at great cost it is rehabilitating the environment.

During apartheid, blacks were only allowed to appear on the streets of Johannesburg under strict conditions and were not permitted to do business. After collapse of apartheid millions of people poured into South Africa’s cities from all over Africa. Within a few years Johannesburg city became heavily overcrowded and populated almost entirely by blacks. Its streets were radically transformed from sanitised post-colonialism to a vigorous if sometimes chaotic Africa. There being few job opportunities the informal economy grew exponentially. With a few apples and some sweets you could become a hawker. With a paint brush, a cell phone and some hand-made advertisements on suburban sidewalks, a man could be in business. Meanwhile most whites and well-to-do blacks moved to new suburbs where they entrenched themselves in fortress-like housing that is not-quite impregnable against violent and ingenious criminals. Goldblatt’s photographs have pin-pointed some of these developments.

Goldblatt believes that much of South African society’s ethos and values have been expressed non-verbally in its built structures. In his book South Africa the Structure of Things Then  (1998) he attempted to elucidate this belief in black and white photographs of the structures of racial domination and apartheid. Many of his Intersection photographs explore these ideas in colour in the land and cityscape of post-apartheid South Africa, taking in, among others, changes to old monuments, the coming of new ones and the proliferation of personal commemorations.

With the coming of democracy there have been fundamental changes in the system and constituents of government. New officials and representatives have come into office and new power structures have been created.  Goldblatt has looked at some of this transformation at the local, municipal level of government.

Several of Goldblatt’s most recent works have also been included in the exhibition in Huis Marseille, putting a new accent on the most topical and urgent problem in South Africa: HIV-AIDS. South Africa has one of the highest percentages of HIV-AIDS victims in the world. Although there are signs of change, the government has reacted less than decisively, even to the extent of denying the problem in the past. Incidence of the disease is highest among the poor, and those afflicted are often ashamed to declare their status. There are several public campaigns to heighten awareness of the disease and of safe sex, among them is the ‘planting’ of the ‘AIDS ribbon’ in the social landscape where, as Goldblatt’s photographs show, it is often submerged and seemingly forgotten.

In response to the room with David Goldblatt’s most recent ‘AIDS Landscapes’ in Huis Marseille,  Han Nefkens has decided to acquire ten works for the Huis Marseille / H+F Collection, with the aim of showing the photographs in a separate travelling exhibition dedicated to the theme of AIDS. This aim is in line with the programme to combat HIV-AIDS that the H+F Collection addresses and stimulates. At the opening of Intersections on 10 March, Han Nefkens will make explanatory remarks on the purchase.

Intersections was realized in close collaboration with David Goldblatt and the museum kunst palast in Düsseldorf, where the exhibition was shown earlier.

Prestel Verlag in Munich has published the eponymous book, which will be available during the exhibition in Huis Marseille. The book contains an interview by Mark Haworth-Booth with the photographer and texts by Michael Stevenson and Christoph Danelzik-Brüggemann. ISBN 3-7913-3247-3, language: English, price: 49.95 euros.