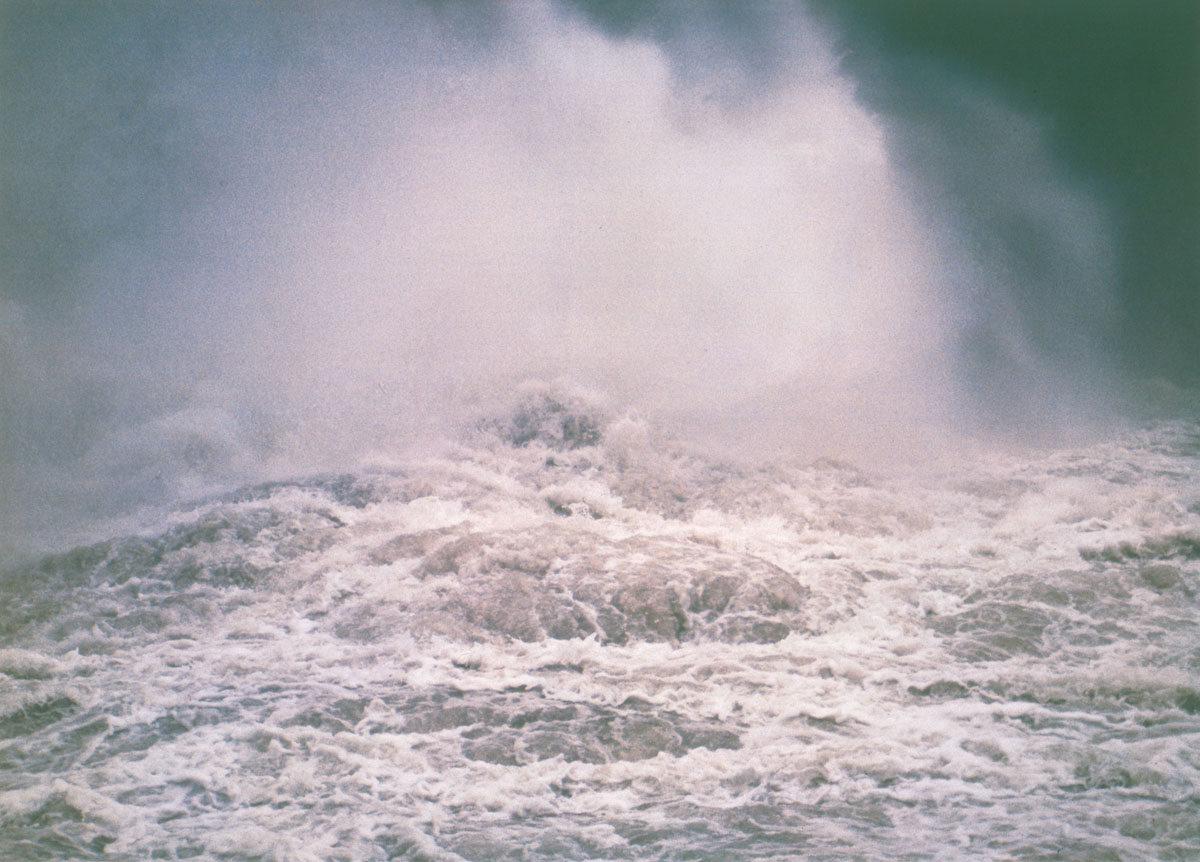 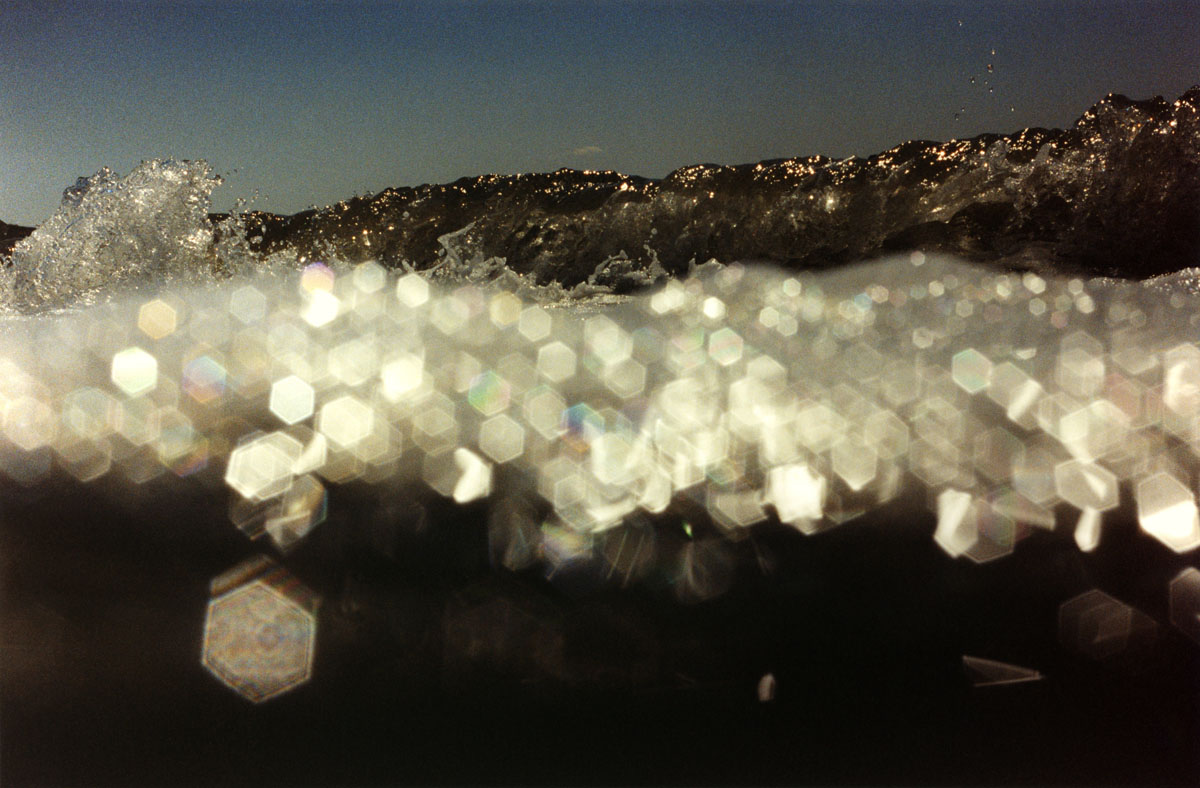 This winter Huis Marseille’s program will revolve around the theme of water. As a counterpart and supplement to the exhibition Document Nederland: Rising Waters, Marnix Goossens photographs Dutch ways to stay dry, Huis Marseille has produced two other presentations under the common title Water in Photography. A small retrospective of water-related photography from the past has been compiled with photographs from the Rijksmuseum’s rich collection. In contrast to this ‘engineer’s outlook’, another presentation—involving work from Huis Marseille’s collection— provides a contemporary view of water as a phenomenon and source of inspiration.

For hundreds of years, the Dutch have been reclaiming land for polders and dikes; countless pumping stations, sluices, dams and bridges have been built. Untouched nature consequently doesn’t exist here. Land must be used to ward off the sea. Contrary to Dutch painting, Dutch photography has never focused on the classical, romantic landscape. This constructed landscape, however, with its water works and harbors built by engineers, has been majestically portrayed by photographers ever since the nineteenth century. The series of photographs that Marnix Goossens has produced this year for Document Nederland relates beautifully to this tradition, both visually and in terms of subject matter. Because this type of photography is moreover well-represented in the Rijksmuseum’s collections, we have made a selection of its photographs that provide the work of Goossens with a historical context.

The earliest photographs were commissioned by builders, architects and engineers as a means of documenting the progress of construction activities. In order to show this in full detail, the photographers worked with large-format (glass-plate) cameras. Although these photographs primarily had a practical, documentary purpose, most of the photographers proved to have a keen eye for the beauty of their subjects. Land, light, sky and space are often given as much consideration as the construction activity itself. The exhibition includes fine examples of work by well-known nineteenth-century photographers such as J.G. Hameter, F.J. von Kolkow, Henri de Louw and Arnaud Pistoor & Zoon.

During the twentieth century, photographers such as Carel Blazer, Eva Besnyö and Wim Brusse placed—in accordance with the times—more emphasis on the hectic nature of the building process, and the workers themselves are shown. In her photographs of the famous Rotterdam bridge ‘De Hef’, the German photographer Germaine Krull has reduced its metal construction to an abstract play of geometric forms, lines and planes. This outlook was unusual among the Dutch photographers of that time, who generally displayed a high degree of social awareness in their work.

Added to this presentation are photographs by amateur photographers who recorded people enjoying themselves on or by the water. Among the more remarkable ones are those taken on the beach, at Scheveningen, by German soldiers during the Second World War.

In the photographs of Marnix Goossens and his colleagues, water has a deceptively calm appearance. In tranquil, sometimes austere but also charming landscapes, the constant threat of rising water is implicitly expressed solely in the construction of water works. As a contrast to this view, Huis Marseille will be showing the work of several internationally known artists who have decided to focus on the qualities and countless manifestations of water. This will include works from the collection of Huis Marseille, from the H+F Collection and several special loans from Balthasar Burkhard.

The Swiss photographer Balthasar Burkhard (1944) portrays waterfalls and views of the sea in which the overwhelming force of water becomes visible. Having grown up in the Alps, Burkhard is quite familiar with both the dangerous and the protective aspects of nature in its imposing and emphatically present form. The sharp contrasts of light and shadow, of mass and surface, are brought out in the deep-black and white of his large barite prints. Burkhard is an admirer of the nineteenth-century French painter Gustave Courbet, and as an heir to his romantic eye he seeks a monumental image of landscape. His photographs of waves foaming and churning on the beaches of Normandy also bring to mind the nineteenth-century seascapes of the French photographer Gustave Le Gray.

The Japanese photographers Naoya Hatakeyama (1958) and Asako Narahashi (1959) take a singular photographic stance. For his River Series (1993-1994) Hatakeyama investigates the urban landscape of Tokyo in a vertical direction. He has photographed the canal that runs straight through Tokyo as though it were a river flowing at the bottom of a deep ravine. Because of the canal embankments, the photographs are divided into two distinct parts. Partly due to theatrical lighting, this creates the impression of a stage or film set. Asako Narahashi also makes an unexpected link between land and water in her series Half awake and half asleep in the water (2000-2003). Standing or swimming in the sea, she provides an entirely new perspective on Japan: Mount Fuji emerges from the water; a plane lands on the sea; and the skyscrapers of Tokyo thereby seem rise up out of the water. The title has a twofold connotation: while one can drift about pleasantly in water, there is always a constant sense of danger.

The American artist Roni Horn (1955) and Japanese photographer Syoin Kajii (1976) photograph the different guises that water can assume under varying weather and light conditions. Kajii lives on the Japanese island Sado as a Buddhist monk and, for his series Nami (Wave), has photographed the sea around Sado in panoramas. From its brownish green, almost ripple-free surface to bright blue, foam-crested masses of waves, Kajii registers the forms and structures of the sea. Because of this concentrated view, undoubtedly linked with his background as a Buddhist, the photographs convey a meditative quality. For the past twenty-five years, Roni Horn has been spending regular periods of time in Iceland, where water is a dominant part of the geological make-up. Water is a recurrent theme in her photographic series such as Pooling You (1995) and You are the weather (1994-1996). Huis Marseille will be showing a selection from the series Still Water (1997-1999) which deals with the Thames River. Here she gives constant consideration to the river’s surface and thus charts the river as it fluctuates: from dark blue to green and yellow, then golden brown, from seething foam to flowing ripples, from clear to murky, from glistening in the sun to being dismal and dull in the rain. Beneath the photographs she has written the thoughts that she had while observing and photographing. Horn has also published ninety-six photographs of the Thames, without commentary, in her Dictionary of Water. Just as the Eskimos have an infinite number of words to describe snow, Roni Horn shows the endless expressions of water in this work.