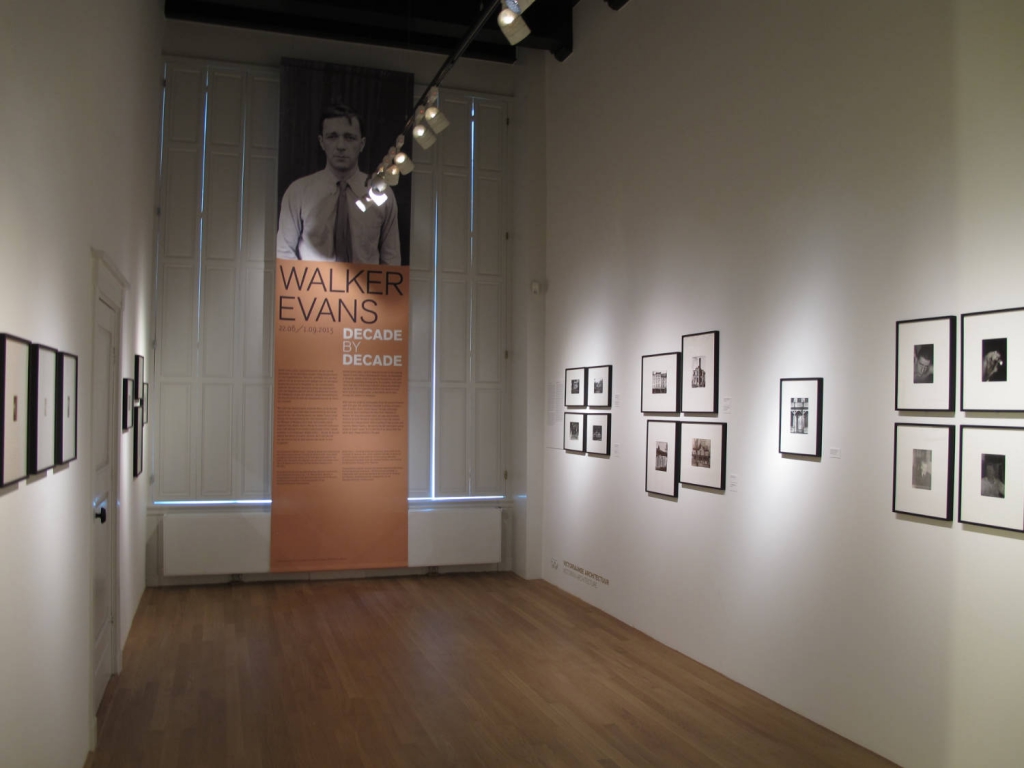 Is there anyone left who would not instantly recognise the terse black-and-white pictures of rural poverty in the US that American photographer Walker Evans made during the Great Depression of the 1930s? The photographs that Walker Evans (1903–1975) made on assignment from the Farm Security Administration have become some of the most iconic images in photographic history. Walker Evans documented America’s day-to-day life ‘with the nuance of a poet and the precision of a surgeon’ (in the words of the Metropolitan Museum) and his immaculate, documentary style found many imitators. He photographed workers on their way to the factory, subway commuters, roadside signposts, wooden churches, and village shops. He also wrote about them. Evans’ reception was long determined by the prominence of this early work. The work he carried out in later decades was rediscovered only in the early 1970s. The exhibition Walker Evans – Decade by Decade – collated by James Crump from the Clark and Joan Worswick collection – includes work from every phase of Walker Evans’ career. The exhibition paints a full portrait of a photographer and an overall picture of an oeuvre that was all but unknown till now.