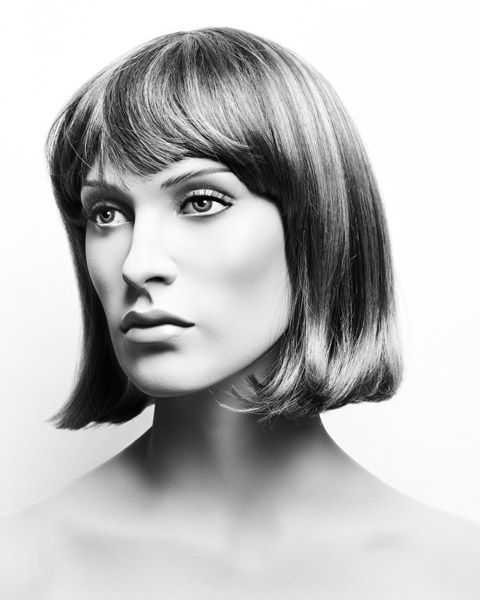 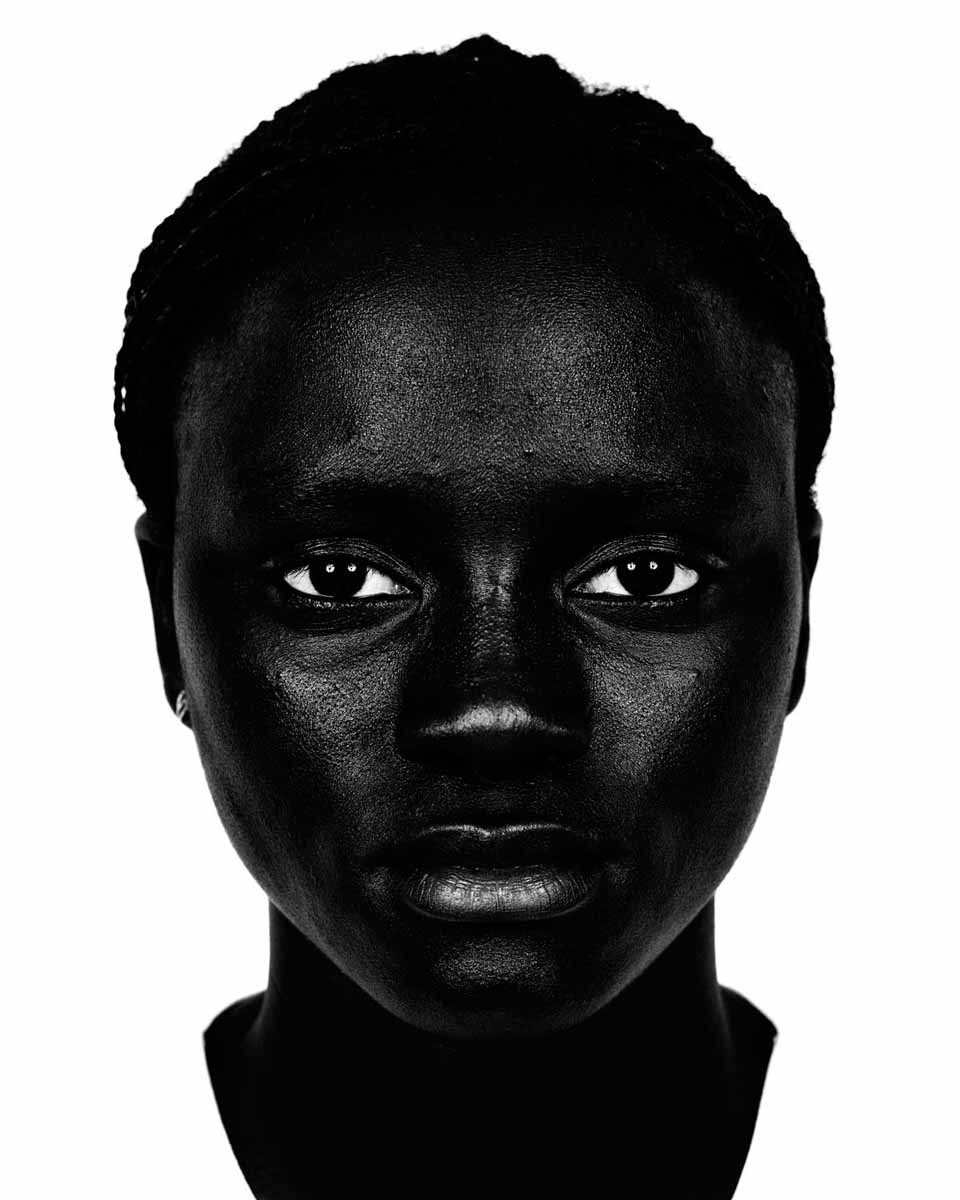 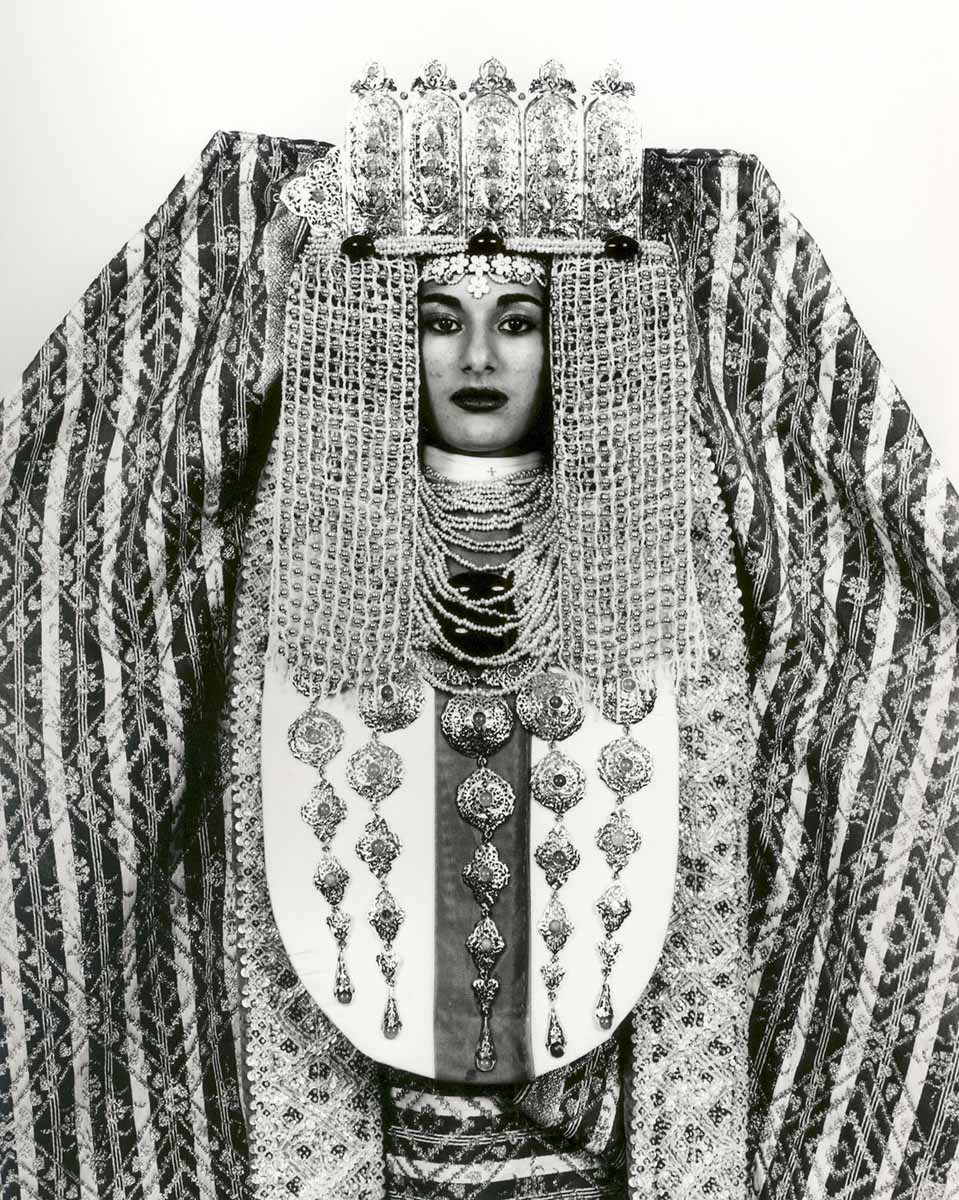 Huis Marseille is presenting its first major survey of the work of French photographer Valérie Belin (Boulogne-Billancourt 1964). Belin has already exhibited at Huis Marseille in the group exhibition Oublier l’exposition, Contemporary Photography from France (2001), where her monumental portraits of bodybuilders and Moroccan brides drew attention. Over the past seventeen years she has worked on an oeuvre comprising some 20 series of still-lifes and  portraits. Most of these were photographed in strong and highly contrasting black and white, but her latest work is in colour.

In Valérie Belin’s photographs the concept of “body” plays a role in the widest sense of the word. In the early series of crystal, mirrors, dresses and car wrecks (1993-1998) the human form is unmistakably present but without being visible. For the Musée des Beaux-Arts et de la Dentelle in Calais (1994), Belin photographed fragile, old dresses from its collection, life-size and laid out in boxes  with tissue paper. Without the photographs becoming macabre, the boxes change into coffins in which the absent bodies of the women that once wore the gowns have come alive again. In the series of bodybuilders (1999), on the other hand, the human body appears very much present in the rippling muscles being displayed by those being photographed, yet at the same time the body’s original and natural form has disappeared behind a muscular show of strength. In a similar way, the Moroccan brides (2000) are almost literally crushed by the weight of their jewel encrusted dresses. Here, too, the body has changed into an object – albeit an intriguing but decorative and lifeless object.

Valérie Belin is a sculptor among photographers. Her images are studies of light and reflection on surfaces, textures, form and volumes, which come alive in the lens. Conversely, she is also interested in the transformation an object undergoes when it is being photographed. It is through this that it actually becomes another thing. The photogenic qualities of her subject matter are thereby important.

Using white or black backgrounds, Valérie Belin isolates the people or objects from their surroundings, thus precluding any narrative element. She also makes quite a close crop of the image and prints her photographs on a more than life-sized scale. This gives her two-dimensional images the physical, three-dimensional impression of a sculpture. Until recently she achieved these sculptural and graphic qualities only in black and white, but new digital photo techniques have enabled her to manipulate the subject matter in colour as well.

Although Belin first completes one photo series before beginning a new one, these cannot be separated from each other. When seen together they gain meaning and the thin dividing line between real and unreal, between the living and inanimate becomes clear. This tension between realism and illusion is most evident in her portrait series. In the one about masks (2004) the inanimate material appears to come to life in an almost  gruesome manner, while the series of black women (2001) seem to change into living votive statues. Belin is interested in the borderline between the human and real, on the one hand, and the organic and virtual on the other: real life versus virtual life.  The differences between her living photo models  (2001) and the hyperrealist, shop-window mannequins are alarmingly small. In the one series she had the living models putting on a neutral, lifeless expression, while in the other the inanimate mannequins are actually cast from real, living models. Yet they all have the same function: to offer an optimum neutral background onto which others can project their fantasies.

While every detail, every hair, every blemish is visible in the photographs, Belin’s subjects loose all their individuality in the portraits nevertheless. In her most recent series depicting twelve male and female photo models (2006) and seven black women (2006), she has approached this aspect in a different manner. Here she has used colour for the first time and the light is direct. Despite the colour, the real models look more like shop mannequins than in the black and white series, as Belin has printed the colours as unsaturated as possible while the models stare with an intense vacant expression into the distance. The gleaming brown faces and colourful outfits of the black women, whom Belin came across in the Paris metro, contrast sharply with the white and naked faces of the models. Belin has photographed all these women in the same manner so that their distinctive individual clothing and hairstyles still appear unexpectedly uniform.

In certain series Belin’s preference for capturing changes in appearance comes literally to the fore in her portraits of transsexuals (2001) and in those of  Michael Jackson look a likes (2003). In the latter series the young men have modelled their appearance as much as possible on that of their idol. Consequently, their own identity has disappeared behind that of another, while the idol himself has also recreated his own identity and appearance.

Icons of popular culture (Michael Jackson, photo models, bodybuilders), consumables (potato chip packets) or consumer goods (car engines): Belin makes use of themes that have become standard for artists since Pop Art. However in contrast to her predecessors from the nineteen sixties and seventies it is not Belin’s intention to simply record popular culture. In her images she wants to show how she as a photographer using photographic means (lighting, tone, contrast, cropping) can manipulate reality and thereby give it new meaning.

This exhibition has been made possible with the support of Culturesfrance and the French Embassy in The Hague. Work is on loan from Galerie Xippas and Maison européenne de la photographie in Paris and the Musée des Beaux-Arts et de la Dentelle in Calais.