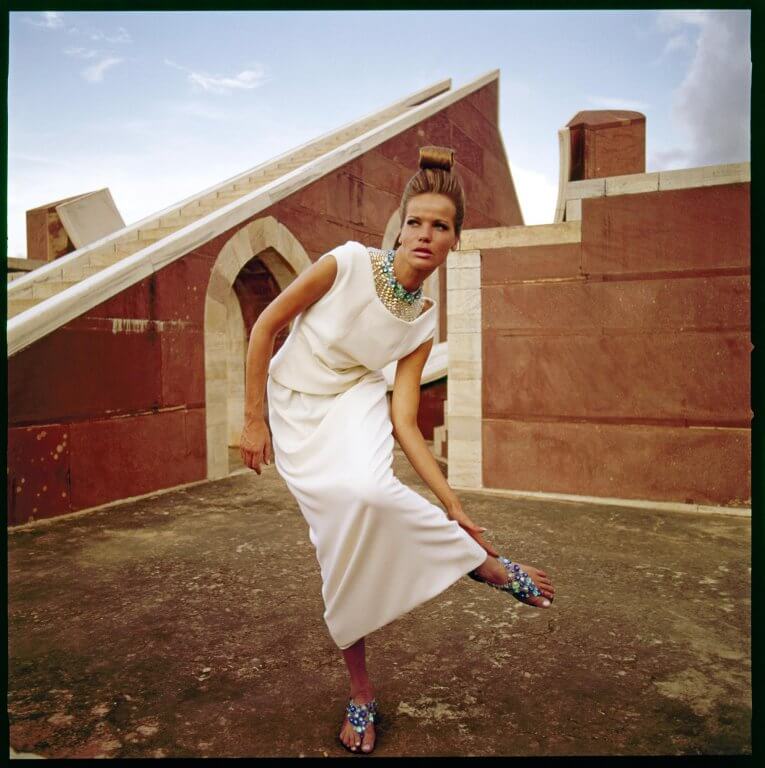 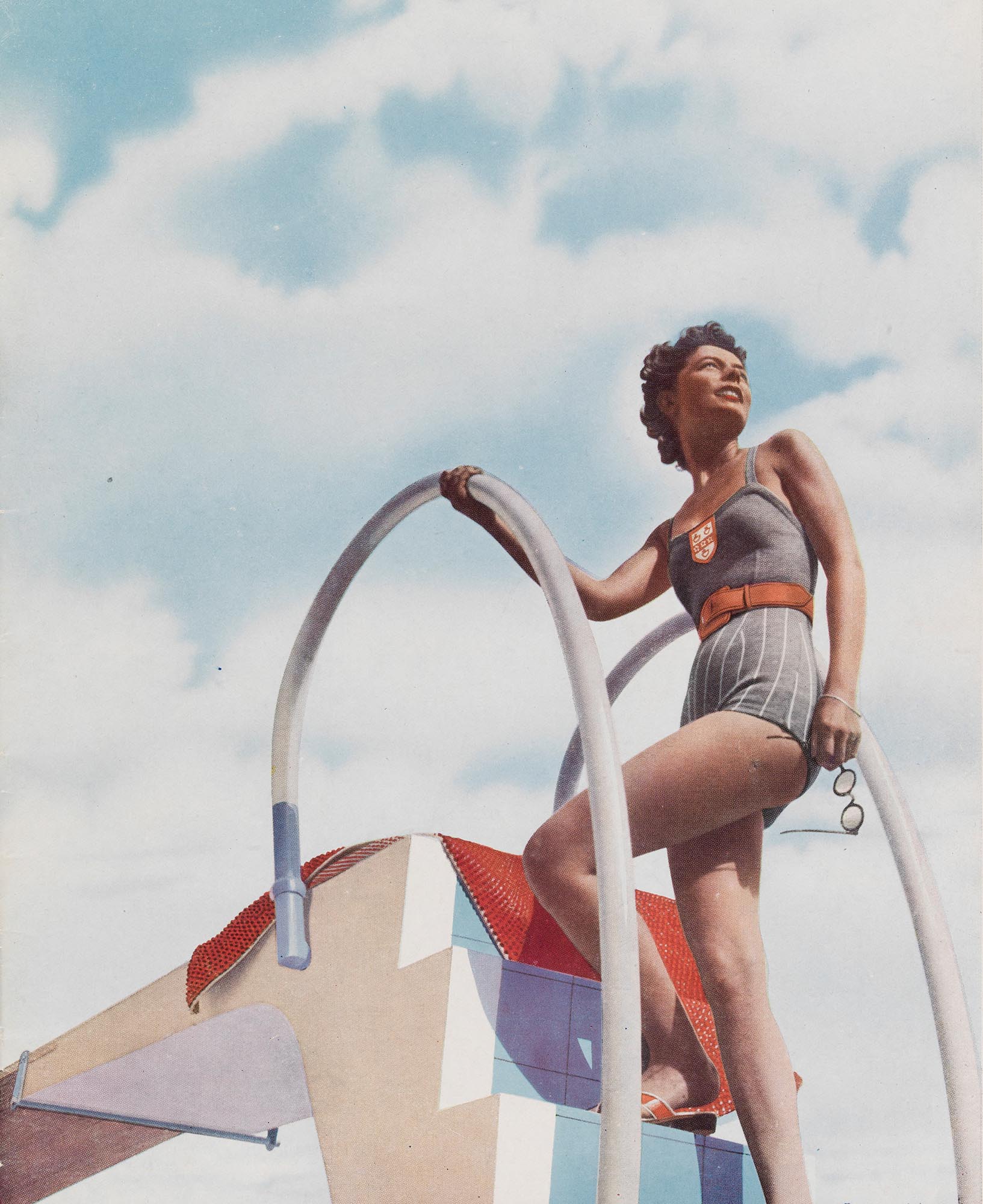 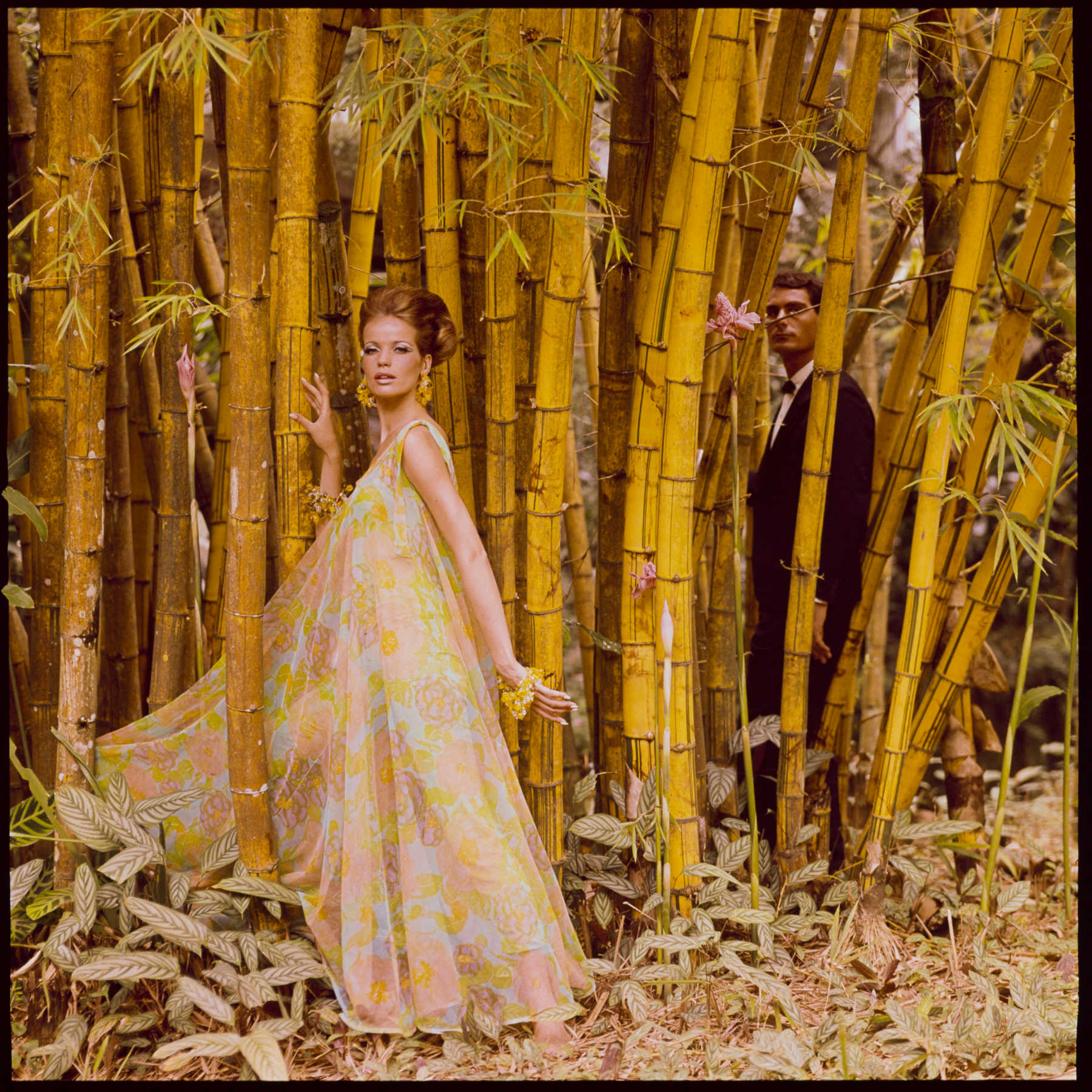 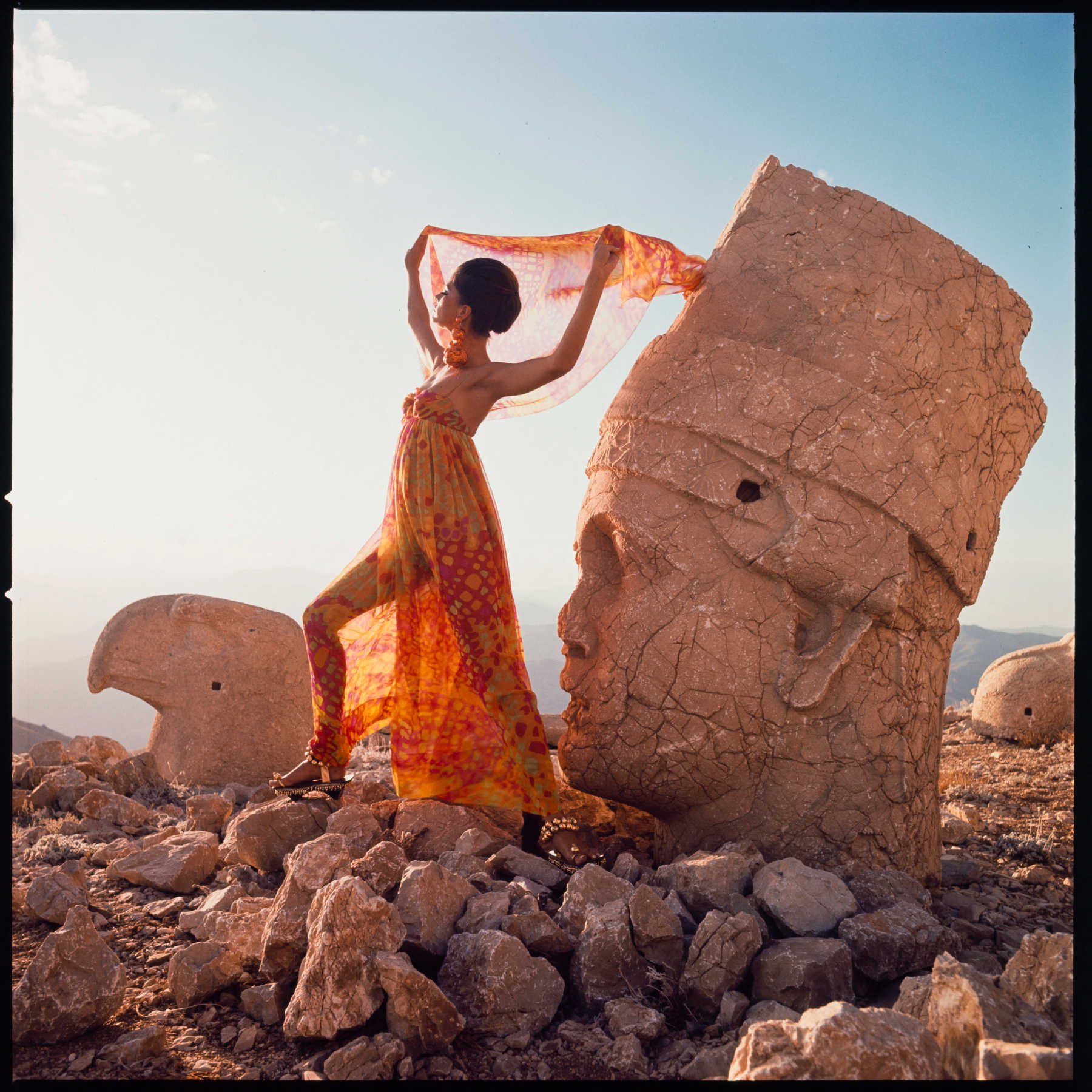 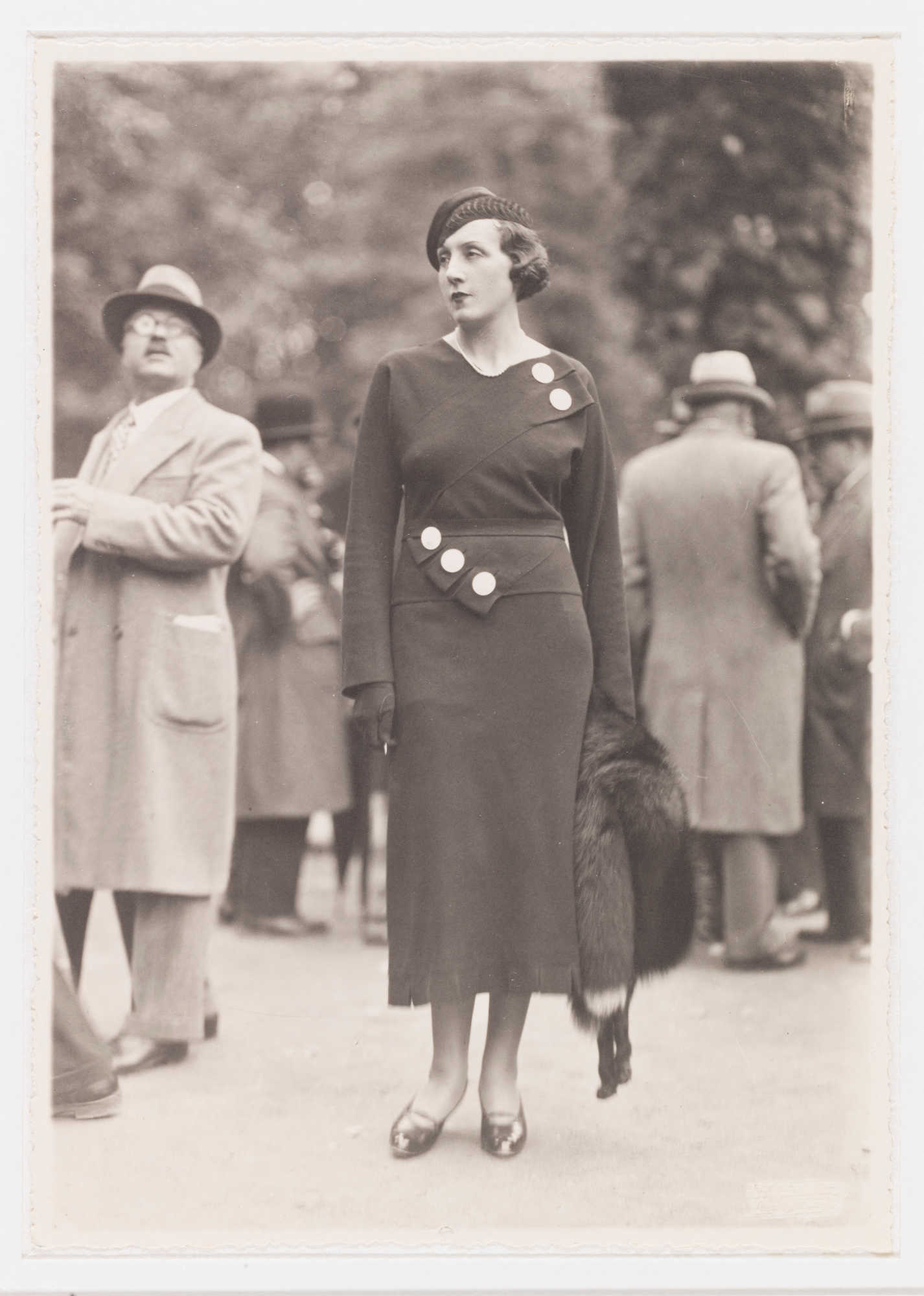 Dorys, model for Agnès, at the races in Longchamp, May 28, 1933. Galliera, Fashion Museum of the City of Paris © Séeberger brothers / Galliera / Roger-Viollet 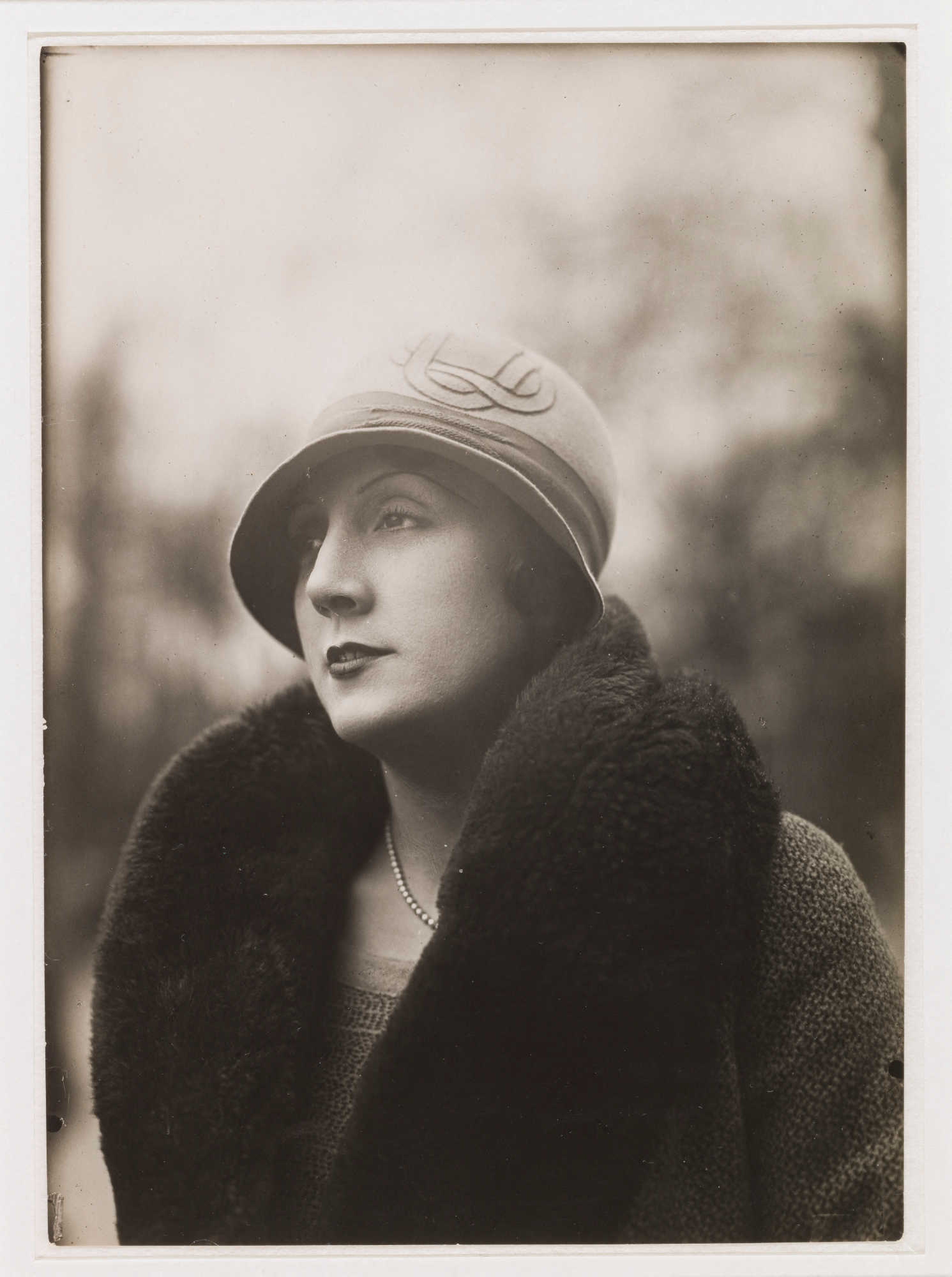 Dorys, model for Agnès, at the races in Longchamp, 1930. Anonymous photographer. Galliera, Fashion Museum of the City of Paris © Galliera / Roger-Viollet 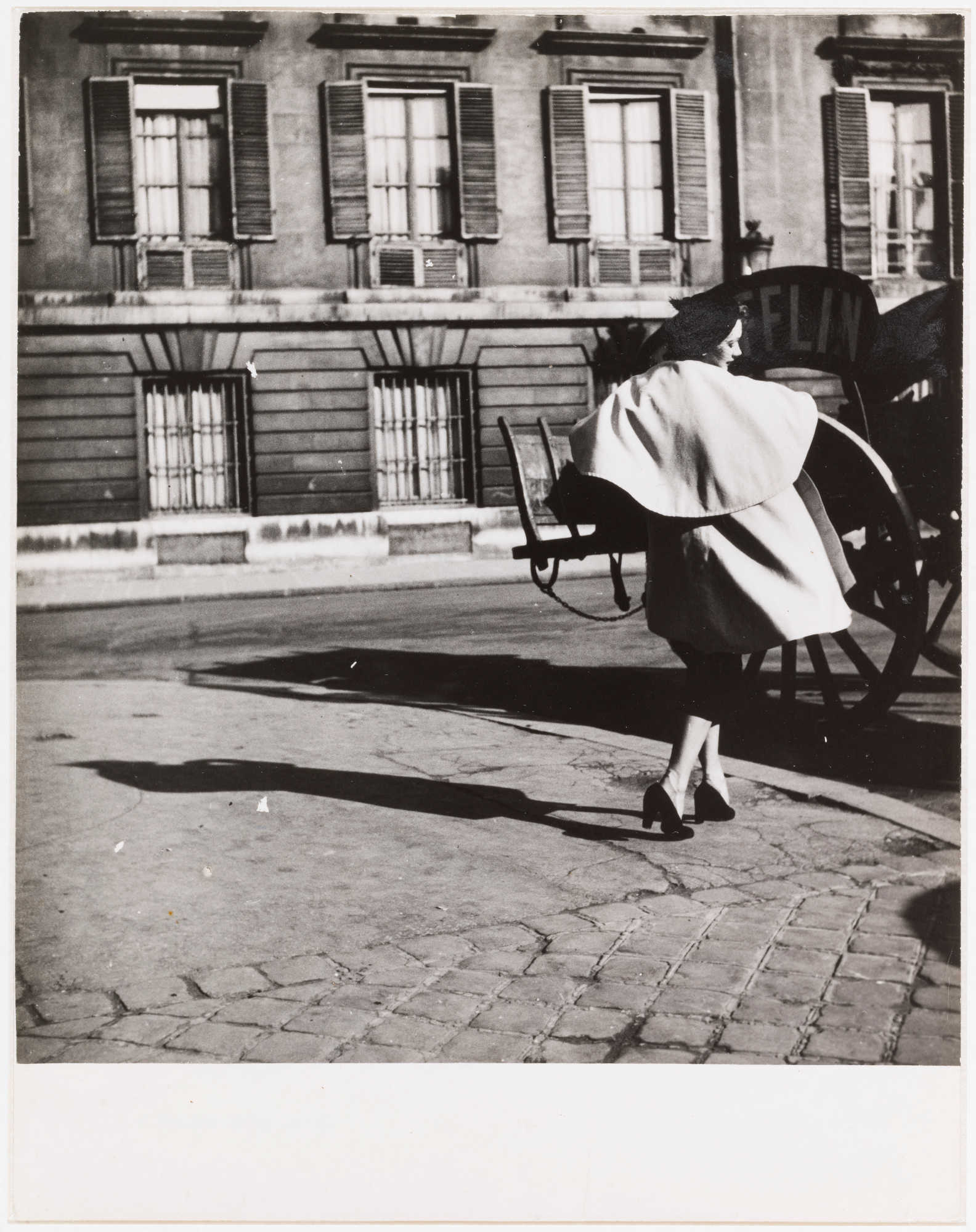 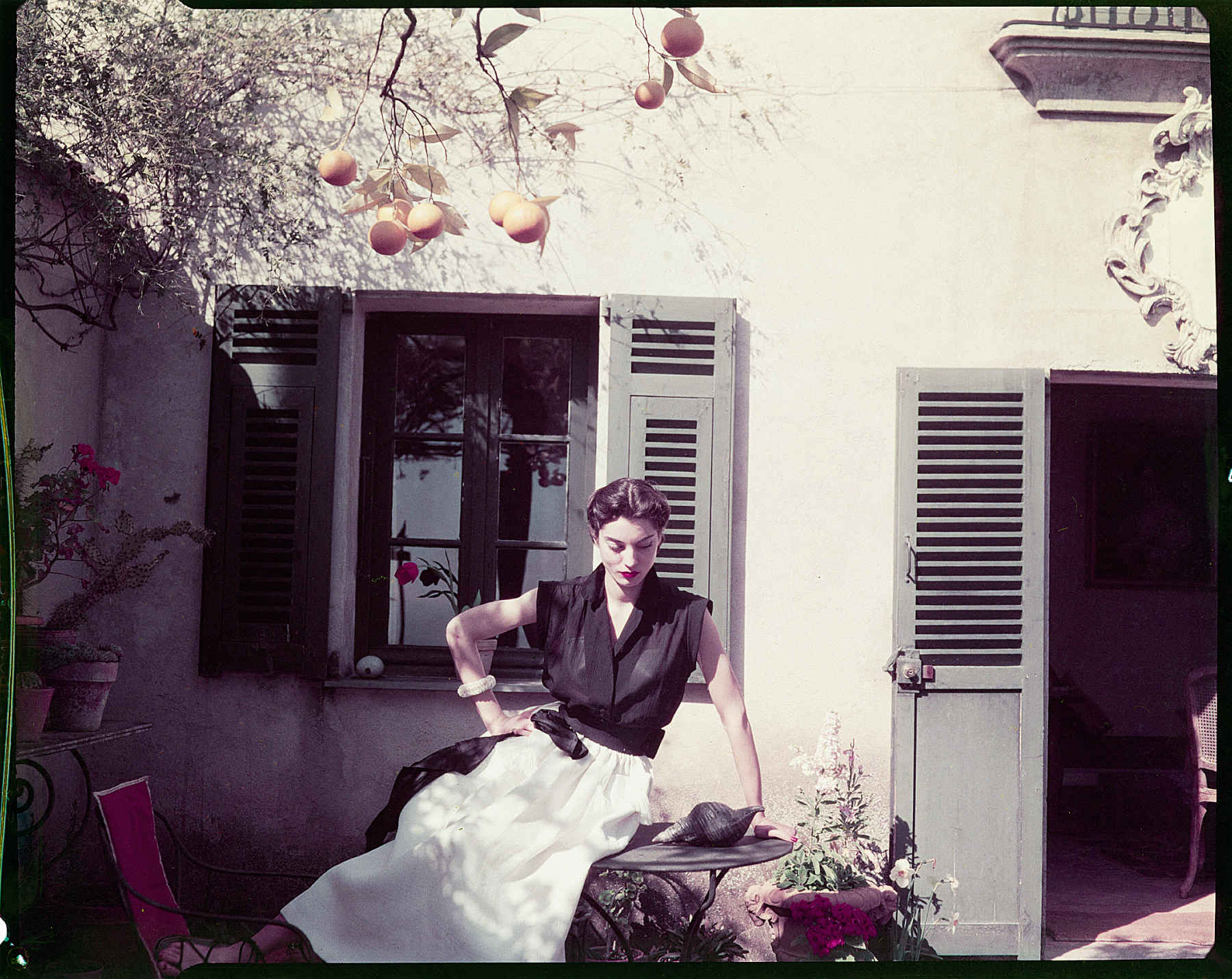 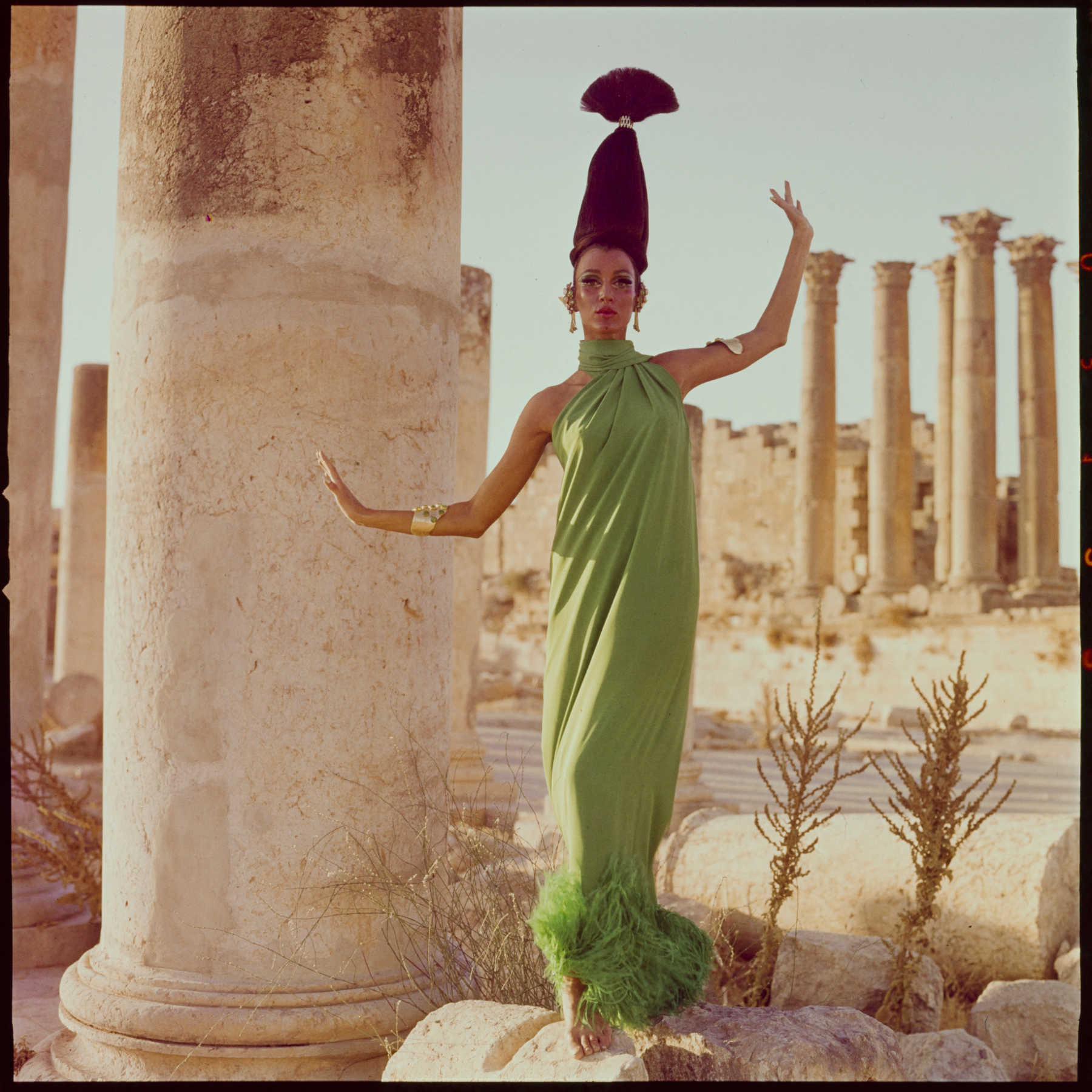 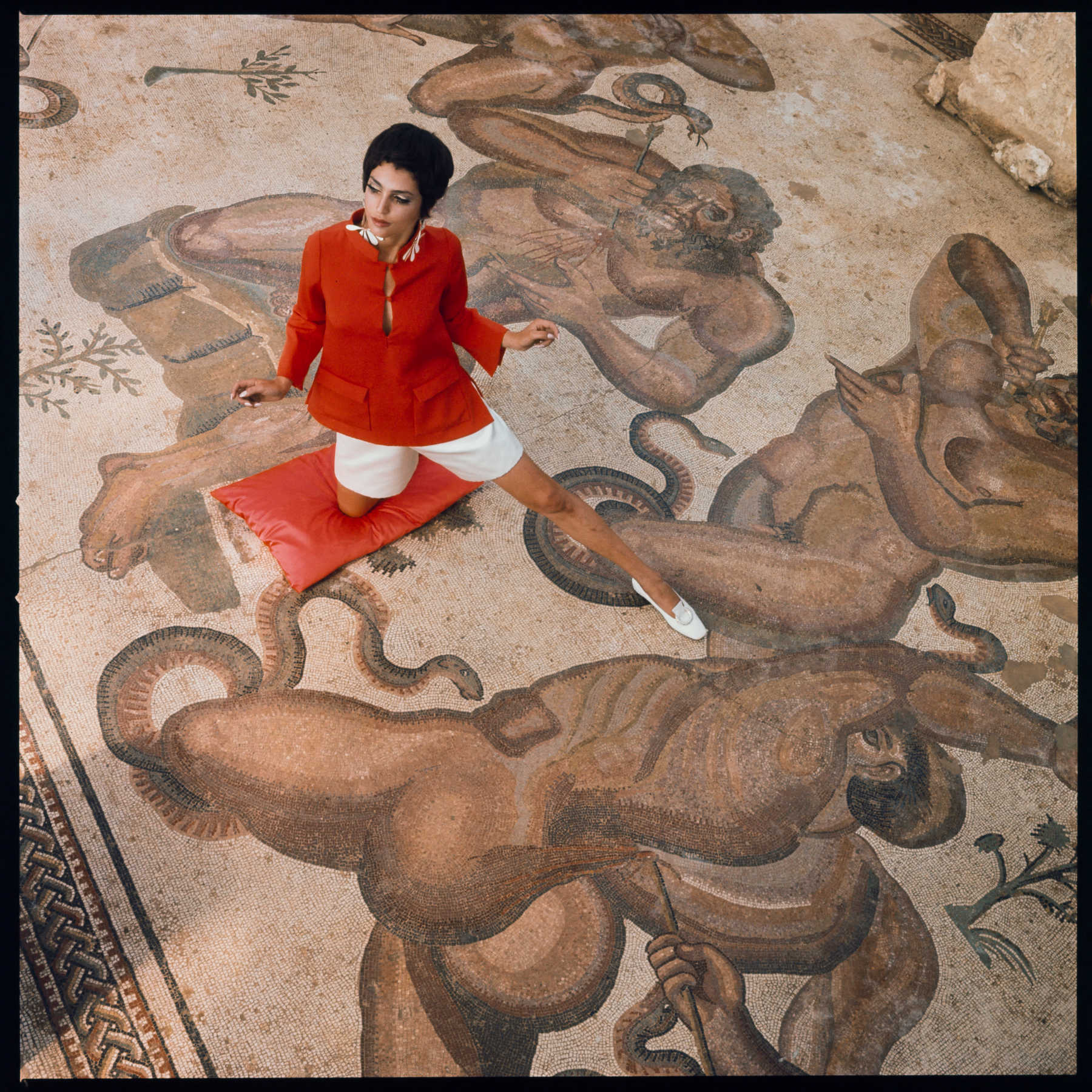 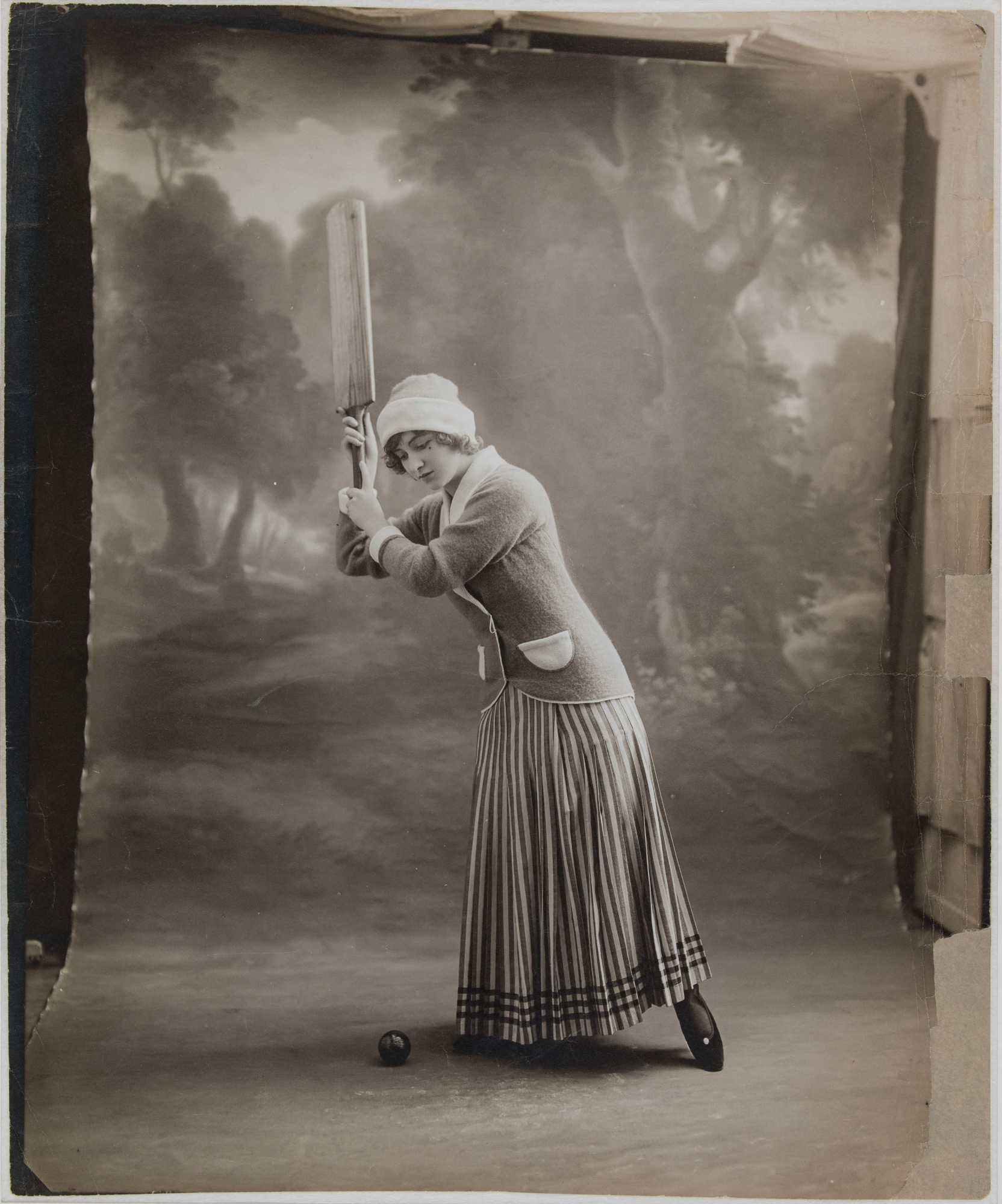 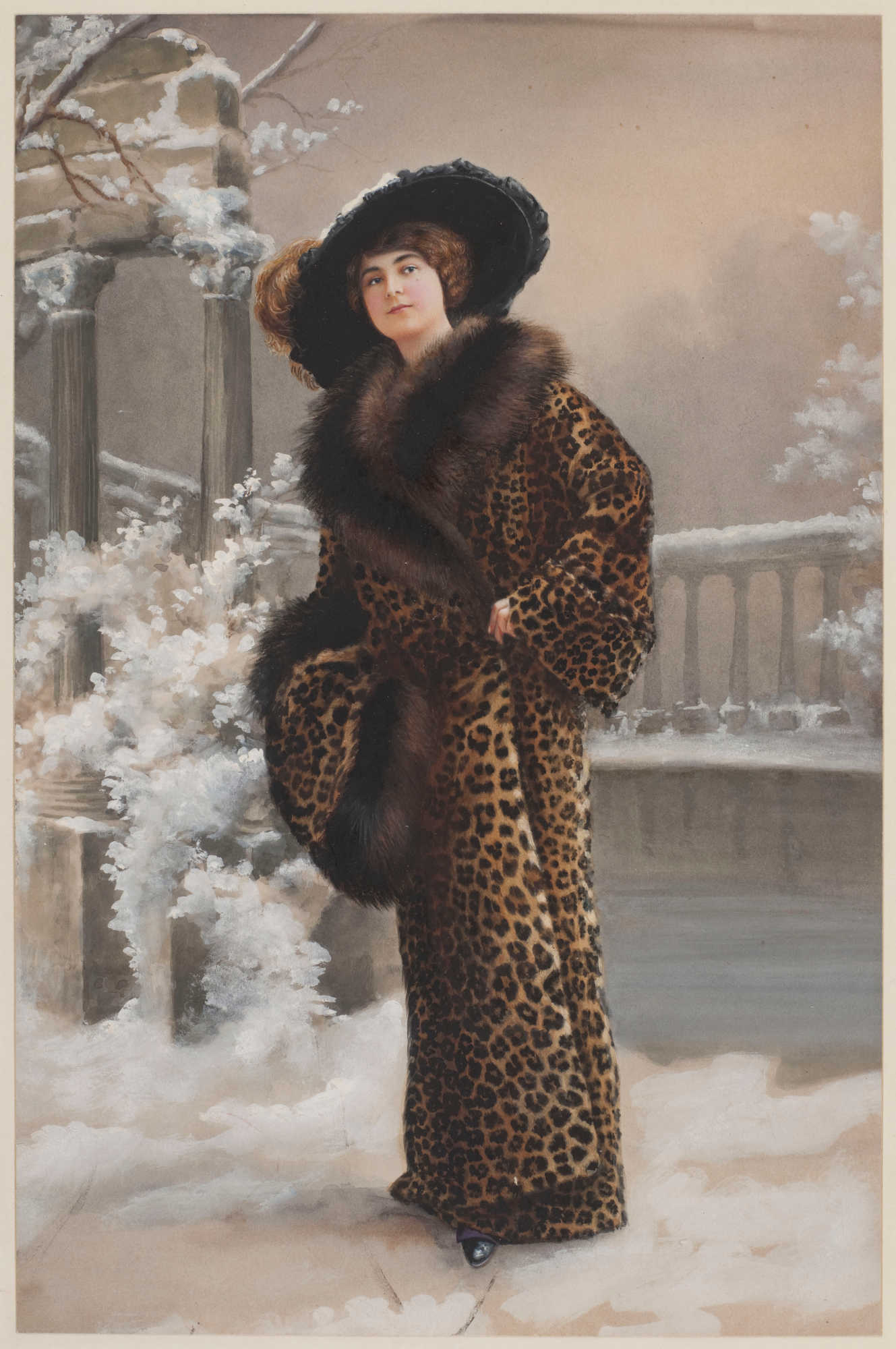 The singer Nelly Martyl, coat of leopard furs Max, Leroy and Schmid. Circa 1910. Silver gelatin print painted with gouache and watercolour. Galliera, Fashion Museum of the City of Paris © Talbot/Galliera/Roger-Viollet

Between 1900 and 1969 fashion photography underwent enormous changes. Unique archive material from Palais Galliera, the fashion museum of Paris, is being shown to the public for the first time ever in order to illustrate this remarkable story. This exhibition not only shows the move from studio photography to outdoor shoots, but also developments in photography itself, the position of women, tourism, and prêt-à-porter fashion.

At Huis Marseille’s invitation, a selection of vintage fashion photography from the Palais Galliera Musée de la Mode de la Ville de Paris will be shown in Amsterdam in the winter of 2019. The exhibition will display unique photographs and magazines that are normally kept deep in the archives of the French fashion institute. The selection was made by Sylvie Lécallier, Head of the photography collection at Palais Galliera. The historical development of fashion photography, from studio settings to outdoor shoots, is a story of emancipation and liberation, both in visual and geographical terms. The exhibition shows how over the years women’s bodies gained increasing freedom – starting from static poses, shrouded in long gowns, and moving to sports activities, sunbathing, or simply laughing and walking down the street. Over the same period photography moved from black and white to colour, and the range of places where these photographs were made expanded enormously due to the advent of worldwide tourism.

Fashion photography arose at the end of the 19th century in the studios of portrait photographers. In the early 20th century these photographers started simulating outdoor locations in the studio in order to show clothing in the appropriate setting. Painted backdrops, props and decors matched the models’ outfits: a seaside for Jeanne Lanvin’s beachwear, or a snowy garden for a long winter leopard-print coat by Fourrures Max. Every conceivable setting could be created and carefully directed – from lighting, pose and hairdo to the way the fabrics folded around the body.

In the years that followed, fashion photographers increasingly went on location. Racing tracks, seaside resorts, and woodlands formed ideal decors to show off the latest fashions. Static studio poses gave way to snapshots of moving models, a precursor of catwalk photography. Daylight became very important, as it made the photographs more lifelike and natural.

In the mid-1930s fashion photography was given a new aesthetic impulse by the rise of photojournalism and documentary photography. The work of Jean Moral (1906–1999) for Harper’s Bazaar is an excellent example. The laughing models in his spontaneous photos reflect the feminist women of this time: they had embraced modernity, left the rigidity and constraint of the studio, and gone out to reclaim the streets.
The advent of small, handy cameras like the Leica, the Contax and the Rolleiflex allowed photographers to work more quickly and easily, and this made it possible to photograph fashion in almost any environment, including outdoor locations. In the years following the Second World War the city of Paris itself became the setting for many haute-couture photo shoots. Paris became an iconic backdrop, in a way that continues to strongly influence fashion photography today.

To faraway places with Henry Clarke

In the early 1950s fashion photography in distant lands became its own magazine category. The rise of tourism and the arrival of the Boeing brought the most exotic destinations closer, including for Henry Clarke (1918–1996). The American photographer, who worked from the mid-1950s exclusively for Vogue, was sent to India by the magazine in 1964 together with a fashion editor, an assistant, a hairdresser, and two models. The series that Clarke made there, consisting of 27 colour photographs, was an extraordinary success and became an important turning point in fashion photography. By 1969 Henry Clarke had also travelled to Brazil, Syria, Jordan, Ceylon, Turkey, Mexico, Spain and Iran, and then again to India, on equally remarkable fashion trips.

These faraway places were regarded very exotic in the 1960s. Henry Clarke’s work reflects the women and the fashion of the time: young, dynamic and carefree. His images bring together East and West, archaeological locations and prêt-à-porter, culture and commerce to mark a unique moment in the history of fashion photography. ‘Photographers became the true pioneers of a new visual frontier,’ wrote Alexander Liberman of this period. Henry Clarke’s work ushered in a new age, of which the influence is still visible.

The entire archive of Henry Clarke’s work is part of the Palais Galliera collection, as are a part of the archives of Jean Moral and Egidio Scaioni. These archives came into the museum’s possession thanks to exceptional donations and include unique, delicate, and extremely rare material. In Huis Marseille Clarke’s photographs will be displayed in a beautiful installation in which the works are projected against a tropical background – a high point in the exhibition.

Outside Fashion will show nearly 150 extremely high-quality photographs, from superb vintage gelatin silver prints to beautiful Ektachrome projections. The exhibition includes work by important pioneers of fashion photography between 1900 and 1969; besides the aforementioned Jean Moral and Henry Clarke, it contains work by Henri Manuel, Reutlinger, Séeberger Frères, Dorvyne, Egidio Scaioni, Willy Maywald and others. The couture they photographed is by iconic fashion houses and designers such as Balenciaga, Dior, Fath, Hermès, Poiret and Schiaparelli. The photographs were originally published in specialist fashion magazines like Excelsior Modes, Fémina, Harper’s Bazaar, Le Jardin des Modes, Les Modes and Vogue, of which no fewer than 32 original examples will be on display in vitrines. A large part of the exhibition material has never been published before, and is being shown to the public for the very first time.

A beautiful exhibition publication with 96 pages and 65 illustrations will be available for €24,95:
Sylvie Lécallier, Outside Fashion: Fashion Photography: From the Studio to Exotic Lands (1900–1969), Paris (Paris Musées) 2020.

This exhibition is organized with the Palais Galliera, Fashion museum of the City of Paris, Paris Musées.

This exhibition was supported by the Institut Français des Pays-Bas and the Ambassade de France aux Pays-Bas.