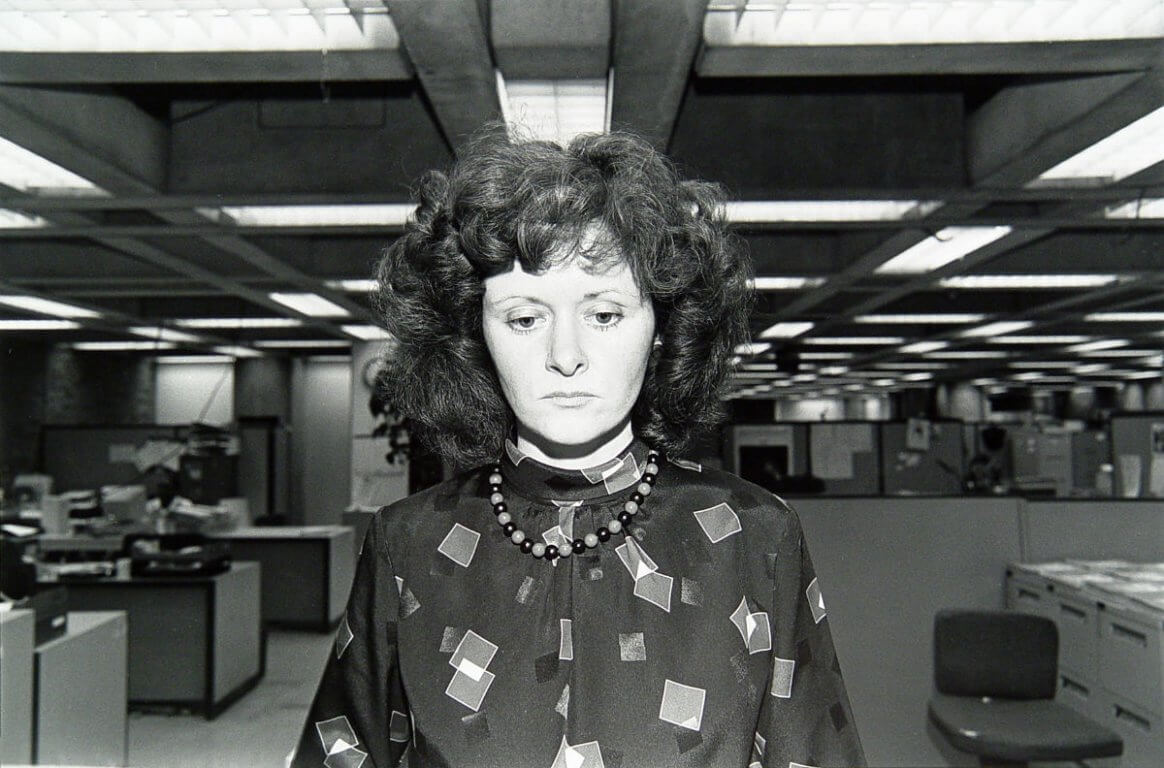 The exhibition At Work shows the world of industrial work as seen through the lens of American photographer Lee Friedlander. Ever since the 60s, Friedlander has been recognized as an indefatigable and intense chronicler of his own world and of our surroundings. In sophisticated black and white photography he playfully analyzes familiar visual experiences. Again and again in his work, he points up the remarkable and unexpected aspects of everyday reality. In the At Work series he offers a new view of the world of work, in which all sorts of unexpected meanings and correlations can be discovered between objects, people and places that certainly would have escaped a less sharp observer.

The exhibition consists of six different series created between 1979 and 1995 in which Friedlander portrays the most divergent types of work processes. Some of these series were commissioned by magazines and exhibition makers; others were commissioned by the companies themselves. Friedlander made the first of the At Work series in 1979/1980 in the industrial regions of Ohio and Pennsylvania – known as the ‘Factory Valleys’. In these photos he shows the people who use their hands and the machines they operate to manufacture all sorts of useful products. At the other end of the working person spectrum is the series Friedlander made in 1995 of a telemarketing centre in Omaha, Nebraska, where he photographed people who use only their heads and voices to do their work. But Friedlander also moved amongst the workers of the Cray Company in Wisconsin, who have to do precision work in order to assemble the large supercomputers produced there. That same year (1986), under the provisional title Changing Technology, he photographed people who use computers intensively for their work in businesses in the Boston area (the ‘Silicon Valley of the North’) for the Massachusetts Institute of Technology Museum. In 1992, the Dreyfuss Corporation in New York City commissioned Friedlander to photograph its employees on the work floor and in their offices.

As its title implies, the At Work series does not focus on the actual work itself, but on the people who do the work. Whereas Friedlander’s German predecessor August Sander (1876-1964) portrayed the artisans he photographed as typical (and archetypal) representatives of their occupational group, as people who knew how to perfectly execute a certain venerable trade, with Friedlander the specific manoeuvres the workers perform, their craft, plays a secondary role in fact. He is much more interested in creating a universal picture of the worker in general, in showing these workers as links in the chain of a much greater industrial and economic process. Friedlander observed these working people close at hand, but without their seeming to be aware of his presence. Completely undisturbed, the workers in the photographs carry out the manoeuvres they perform day in and day out at the places where they spend a substantial portion of their lives. Friedlander approached them as a voyeur, so that the result is in essence a mirror he holds up to us.

The exhibition Lee Friedlander: At Work was realized in collaboration with the Die Photographische Sammlung / SK Stiftung Kultur, Cologne and the Columbus Museum of Art, Ohio.

In collaboration with the Thomas Zander Gallery of Cologne, Huis Marseille is also showing a small selection from the Stems series by Lee Friedlander. These extreme closeups of flower stems in vases were made between 1994 and 1999, when Friedlander was housebound due to knee problems. He made a virtue of necessity by training his lens on still-lifes within the house.

This autumn the original garden house at the back of the garden of Huis Marseille was rebuilt. After having denied previous requests for permission to reconstruct it, the city finally granted its approval the third time around.

The original garden house was built between 1730 and 1770 on commission from then-owner Dirk van der Meer, completely true to the fashion of the eighteenth century. By the 1960s the garden house had fallen into serious disrepair, but the woman who owned the building at the time did not have the wherewithal to pay for its restoration. Although the Historic Buildings Trust was initially against having the garden house torn down because of its historic value, after consultation with the Building and Housing Inspectorate the structure was finally demolished in part, on condition that the historically important sections of the building would be placed at the disposal of the Historic Buildings Trust and the Vereniging Hendrick de Keyser, a historical preservation society. Recent inquiries at these organizations produced no results, so it can only be concluded that the sections probably have been lost after all. After Huis Marseille was restored in 1998/1999 and the land behind the building cleaned up, some remnants of the garden house were found still there. On the basis of that and photographs, it has proven very well possible to make a faithful reconstruction of the garden house, which was carried out by architect Laurens Vis. The new garden house will be used for small presentations.