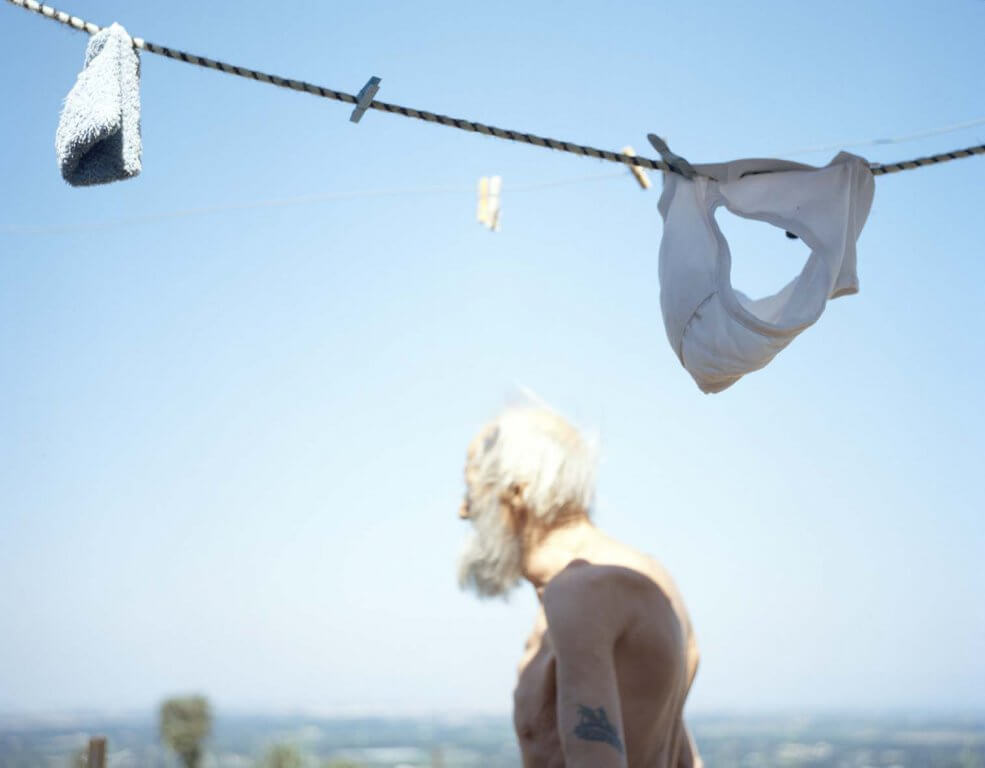 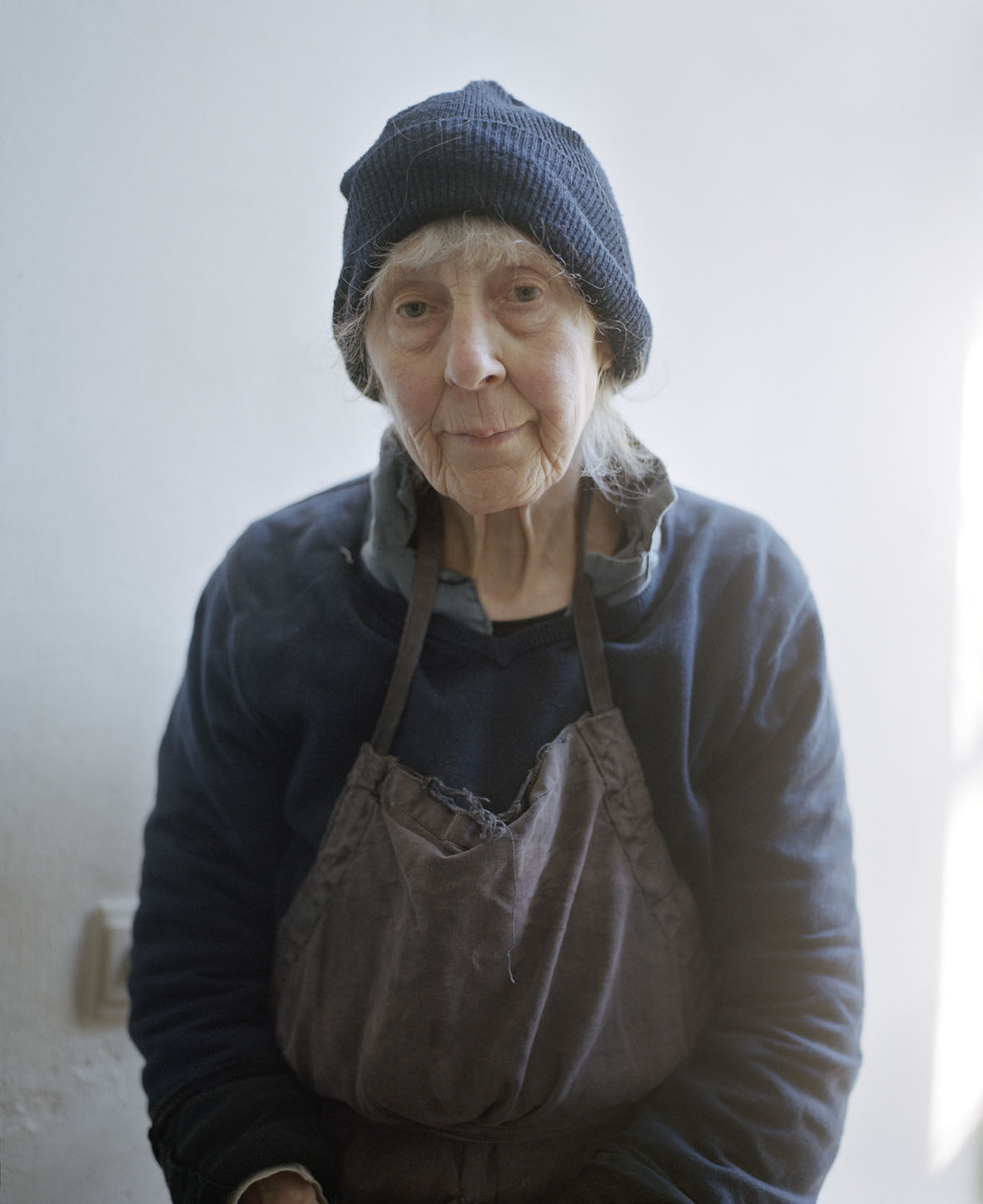 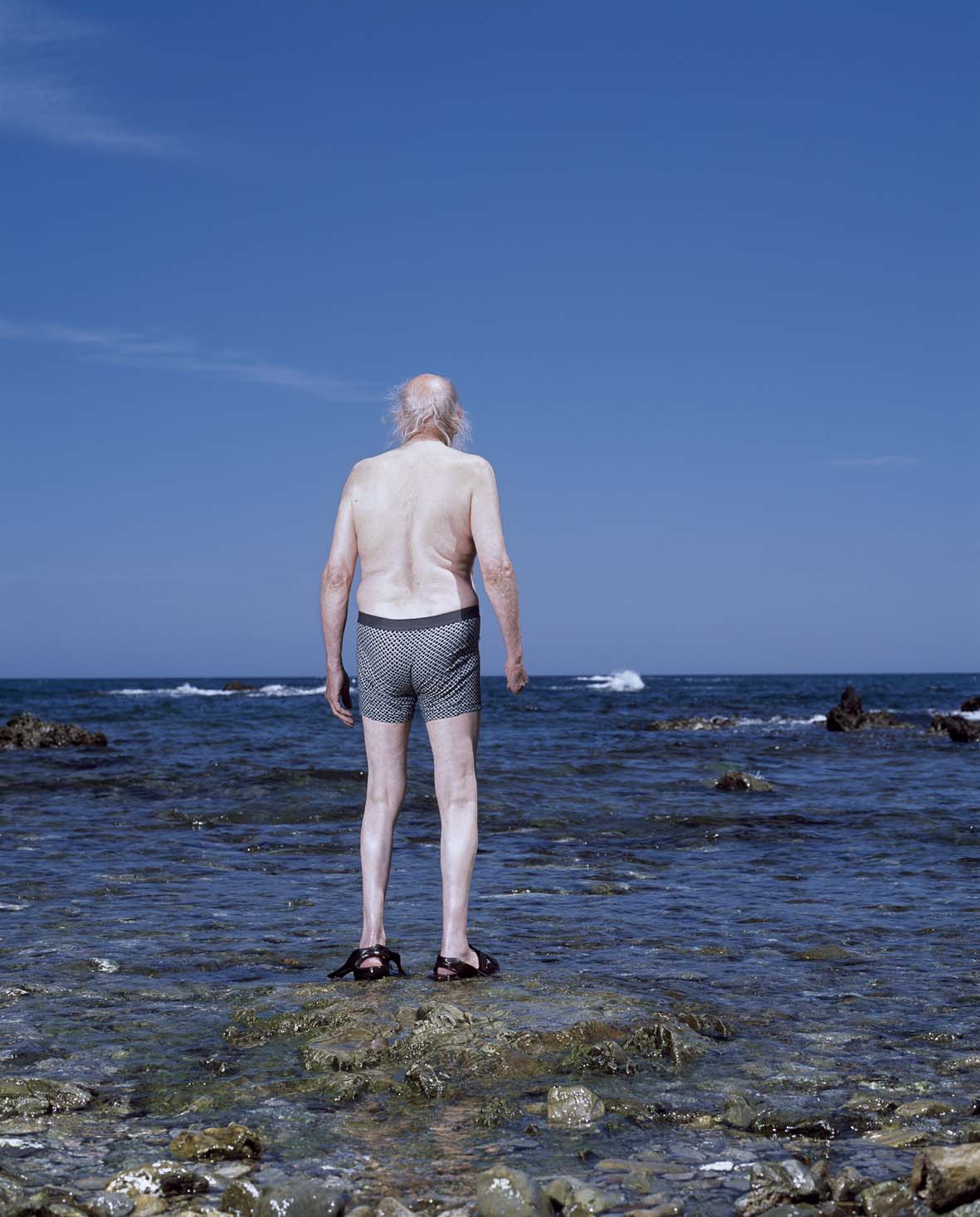 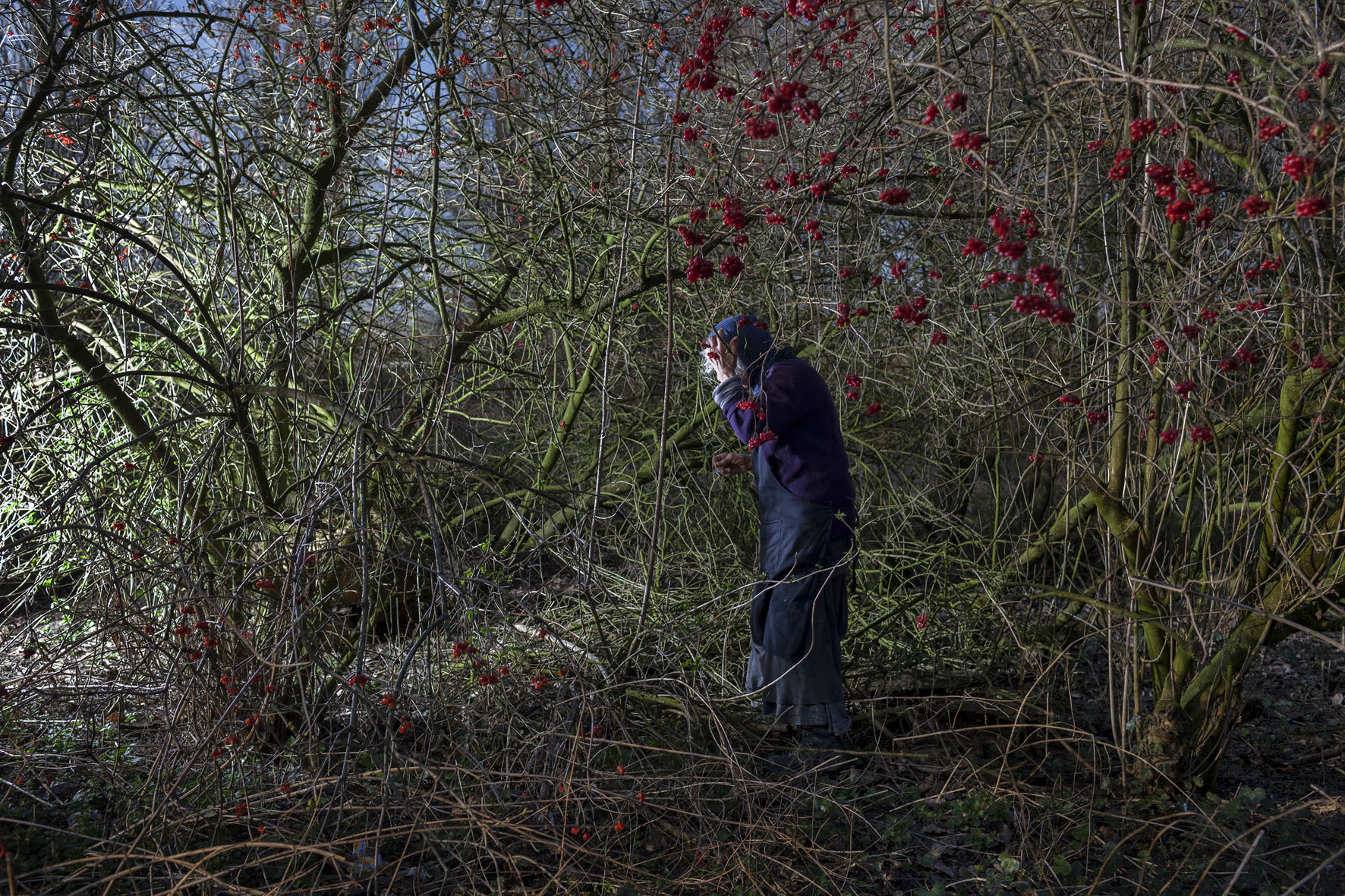 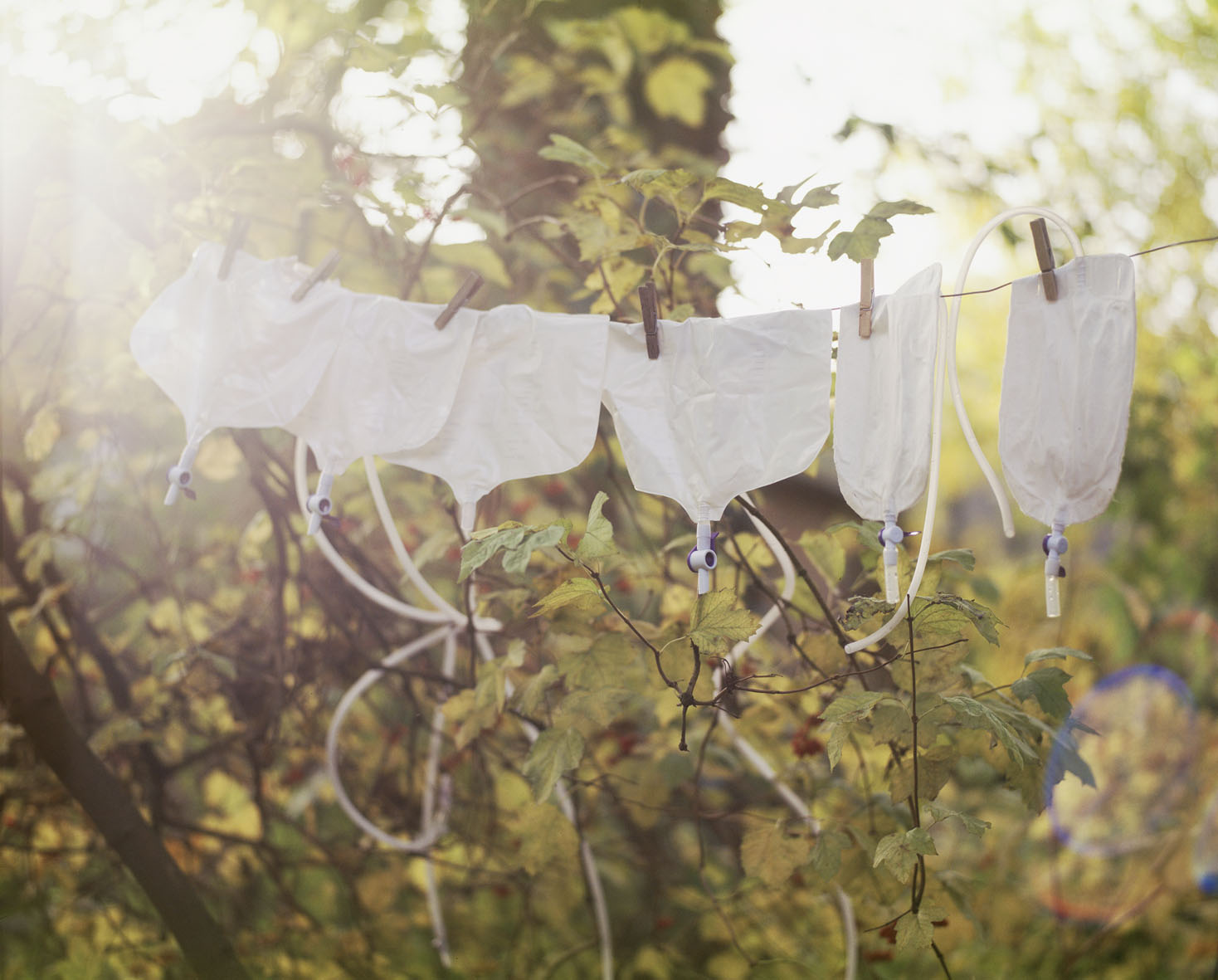 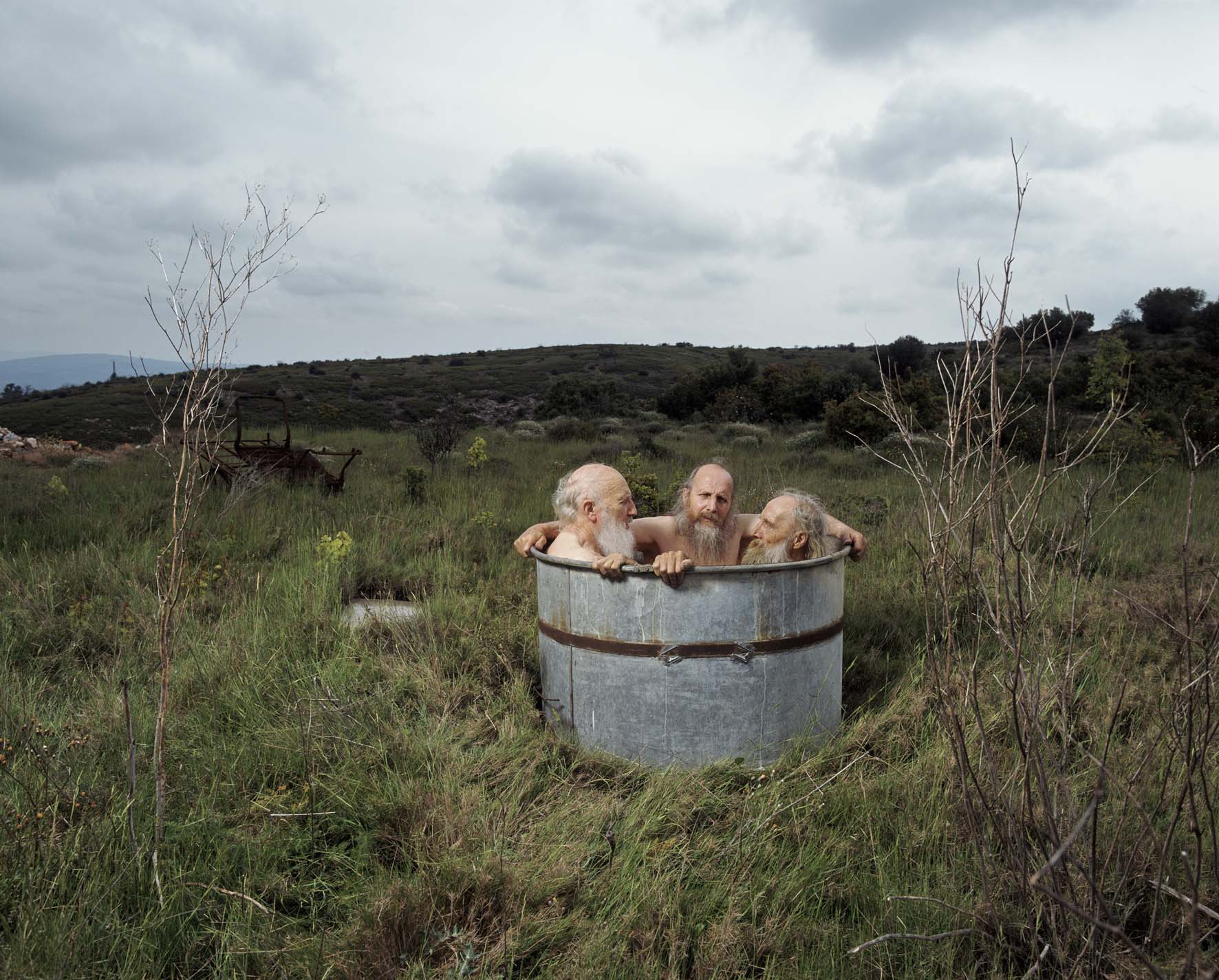 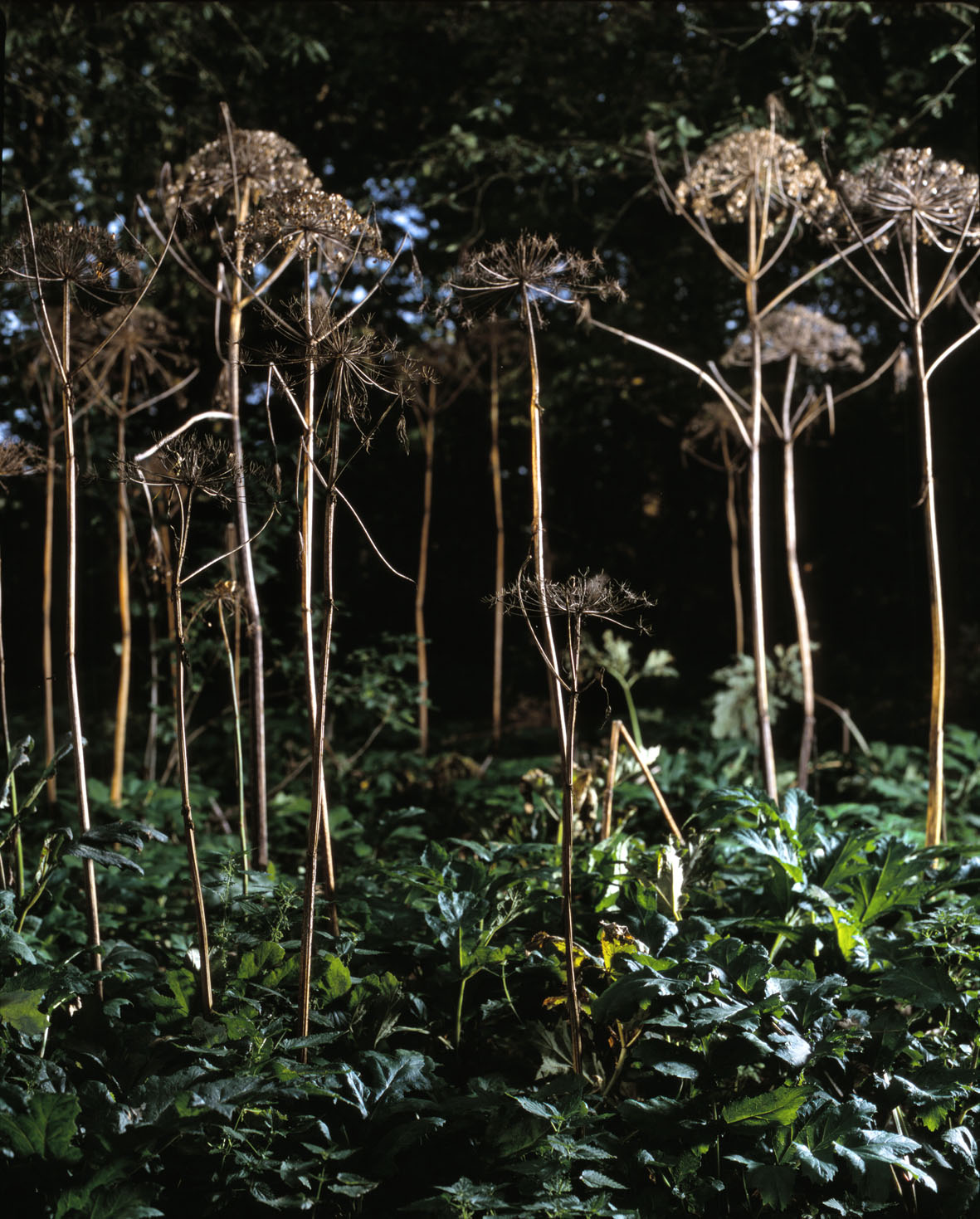 What drives a young and celebrated photographer to join three elderly people on a trip to a mountain in France? Or partake in the lives she documents, even when disease strikes? From 2009 on, the photographer Hanne van der Woude shared life’s joys and sorrows with an older married couple and a brother: people who despite their age never lost touch with their creativity or non-conformist disposition. Van der Woude gives special attention to the last remaining survivor: the 83-year-old artist Emmy, who lives in an old school building in the Betuwe surrounded by guinea fowl. For five years Van der Woude became a part of Emmy’s world, an immersion that resulted in a photographic project now being premiered in Huis Marseille.

Two central elements of Emmy’s personality are an inexhaustible admiration for nature and the urge to collect everything around her. Van der Woude has succeeded in capturing these characteristics in specific moments; whether Emmy is spending time with her favourite guinea fowl Klara, or nursing her incurably ill husband Ben. Then there is Ben’s brother Egbert who had been living ascetically in rural France, but suddenly falls ill and is forced to move in with them. In this exhibition, Van der Woude’s photographic portraits and films and Emmy’s own private documents (sketchbooks, notebooks and photographs) trace the changes in Emmy’s world, especially when both Ben and Egbert come to pass. Through it all, however, Emmy stays true to herself.

Emmy’s world is unique, but also very familiar. The photographs and films show a woman living her own life, little occupied with what others might think of it, as documented by the empathic eyes of a photographer who became part of that life. Emmy occupies a position in society that is by no means self-evident. “I think of Emmy’s life as a dream world, far removed from the real one, and that’s how I wanted to portray it,” says van der Woude.

Emmy’s World is a moving portrait that touches on several important topics in society, such as intergenerational friendship, creativity, the art of living, independence and care. The exhibition also shows the long-awaited continuation of Van der Woude’s work following the acclaimed project MC1R − Natural redheads [2008].

Emmy Eerdmans [1931- ] won the Prix de Rome for her artwork in 1957. In 2009 Hanne van der Woude met Emmy’s husband, graphic designer Ben Joosten [1931–2013]. Van der Woude quickly became a regular visitor to Ben and Emmy in their house in the Betuwe, and started documenting their lives. A warm friendship arose between the photographer and Emmy, Ben, and his brother Egbert, founded on mutual affection and regard as well as a shared fascination for the collecting of objects and images.

Hanne van der Woude [1982, Nijmegen] lives and works in Arnhem. Since graduating from ArtEZ in Arnhem she has worked on independent projects, such as MC1R − Natural redheads [2008], which drew much international press attention. Her work has been exhibited in the Fotomuseum in The Hague [2008] and in the Kiyosato Museum of Photographic Arts in Yamanashi, Japan [2010].

The exhibition will be accompanied by a publication by Fw:Books consisting of a 144-page photo book and a 48-page sewn booklet (17 x 24 cm, € 30) of the project designed by Hans Gremmen.