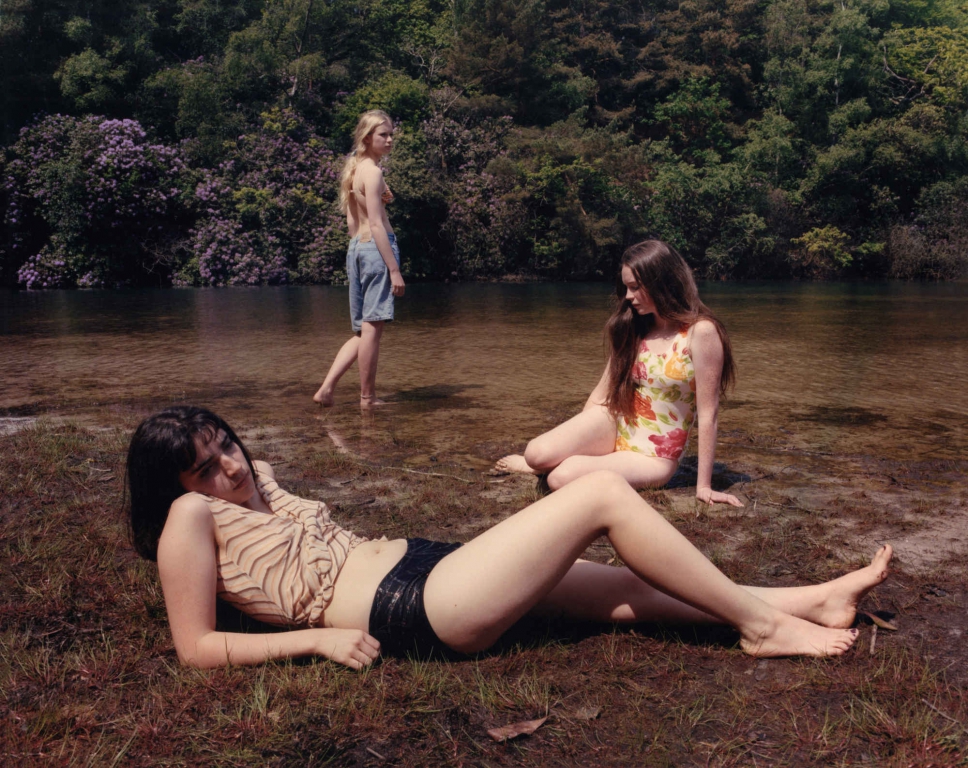 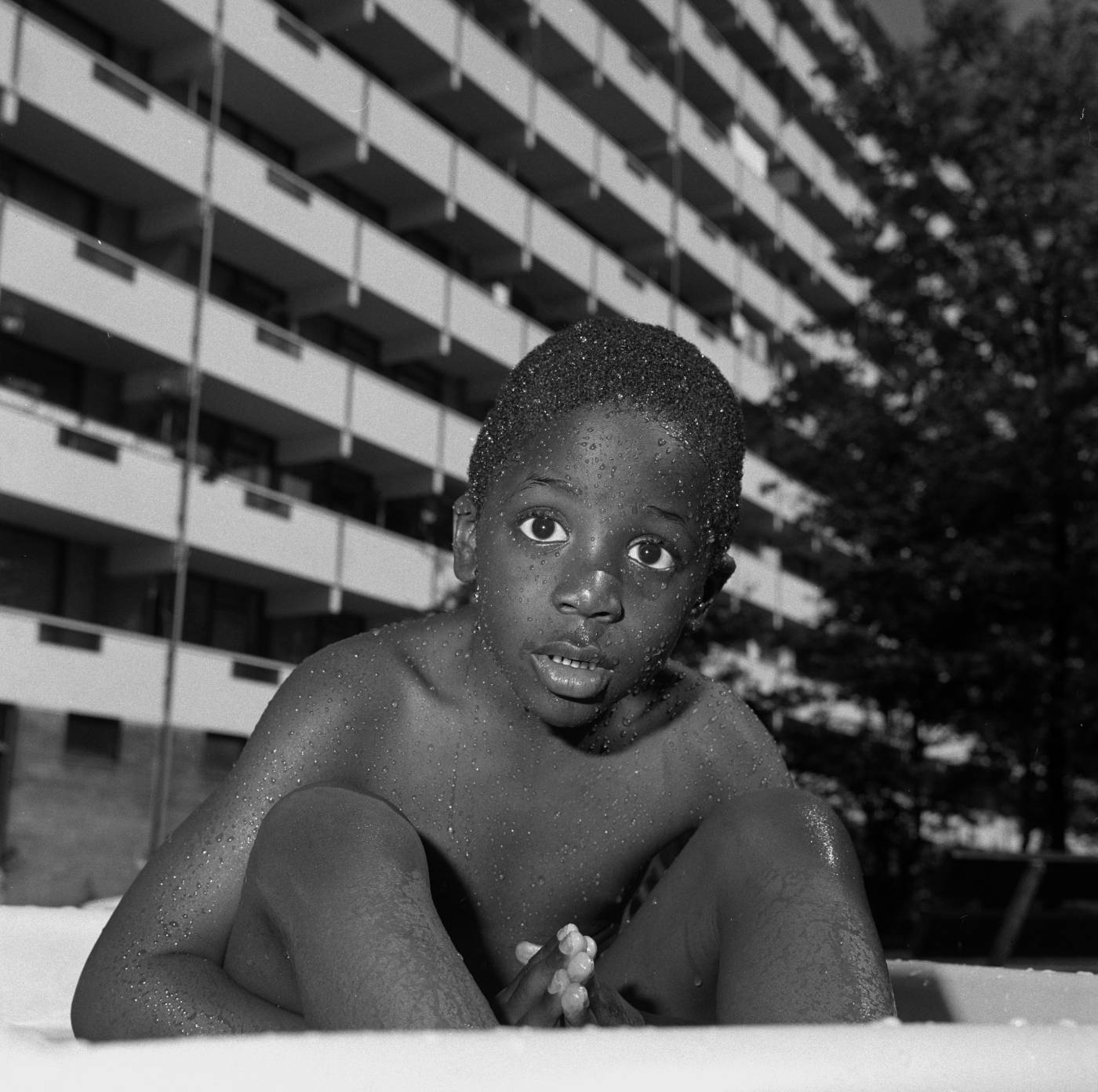 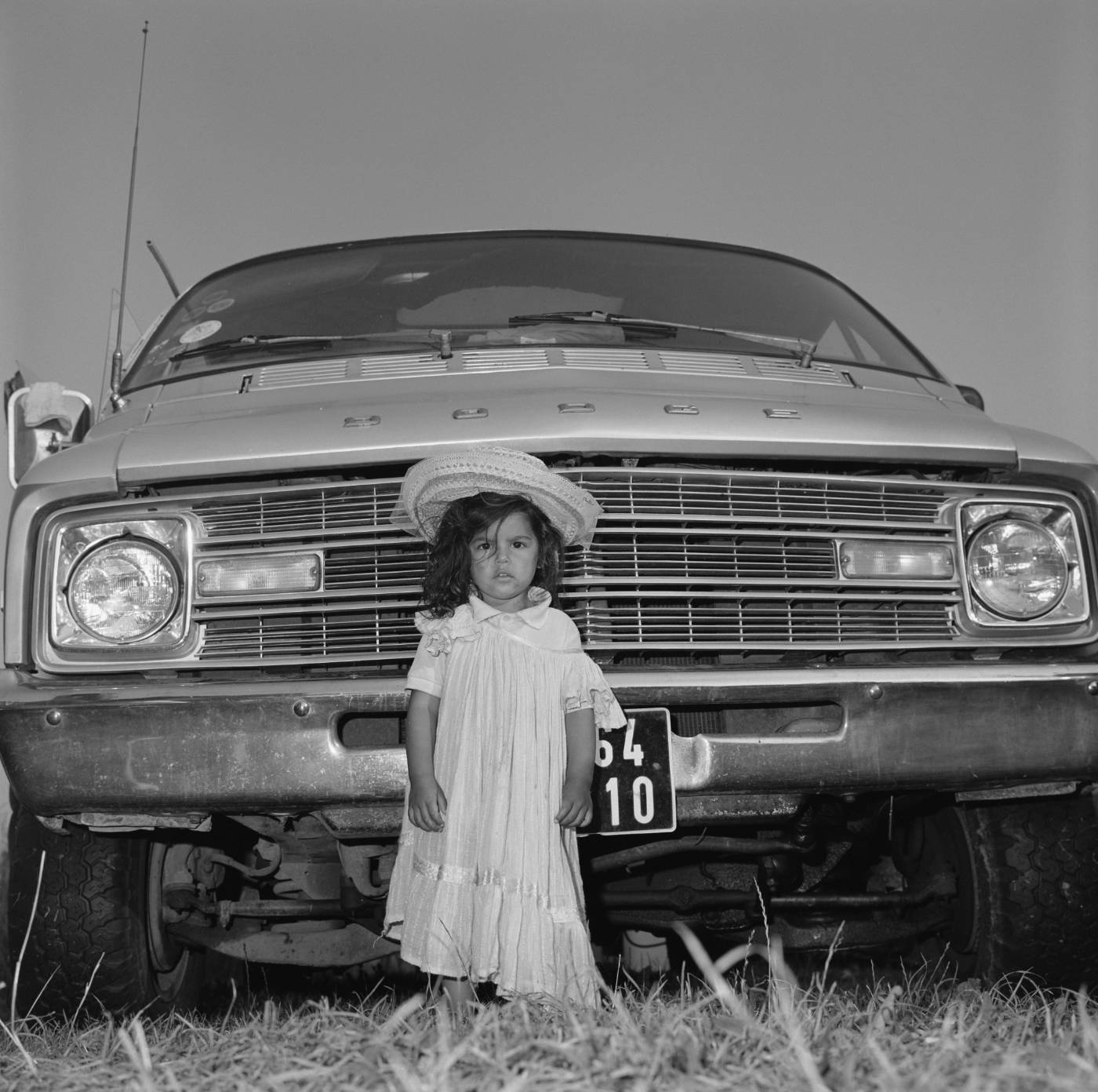 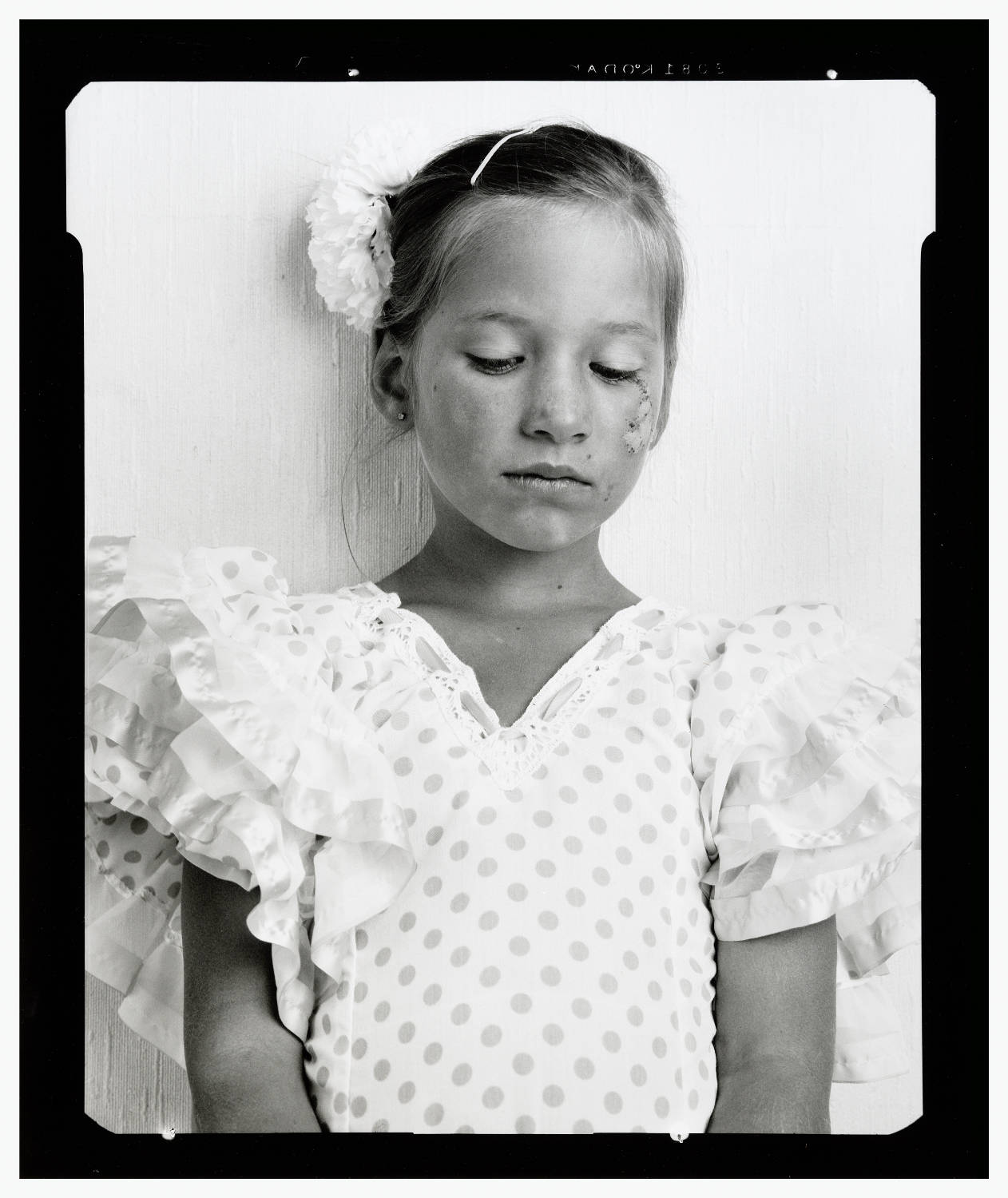 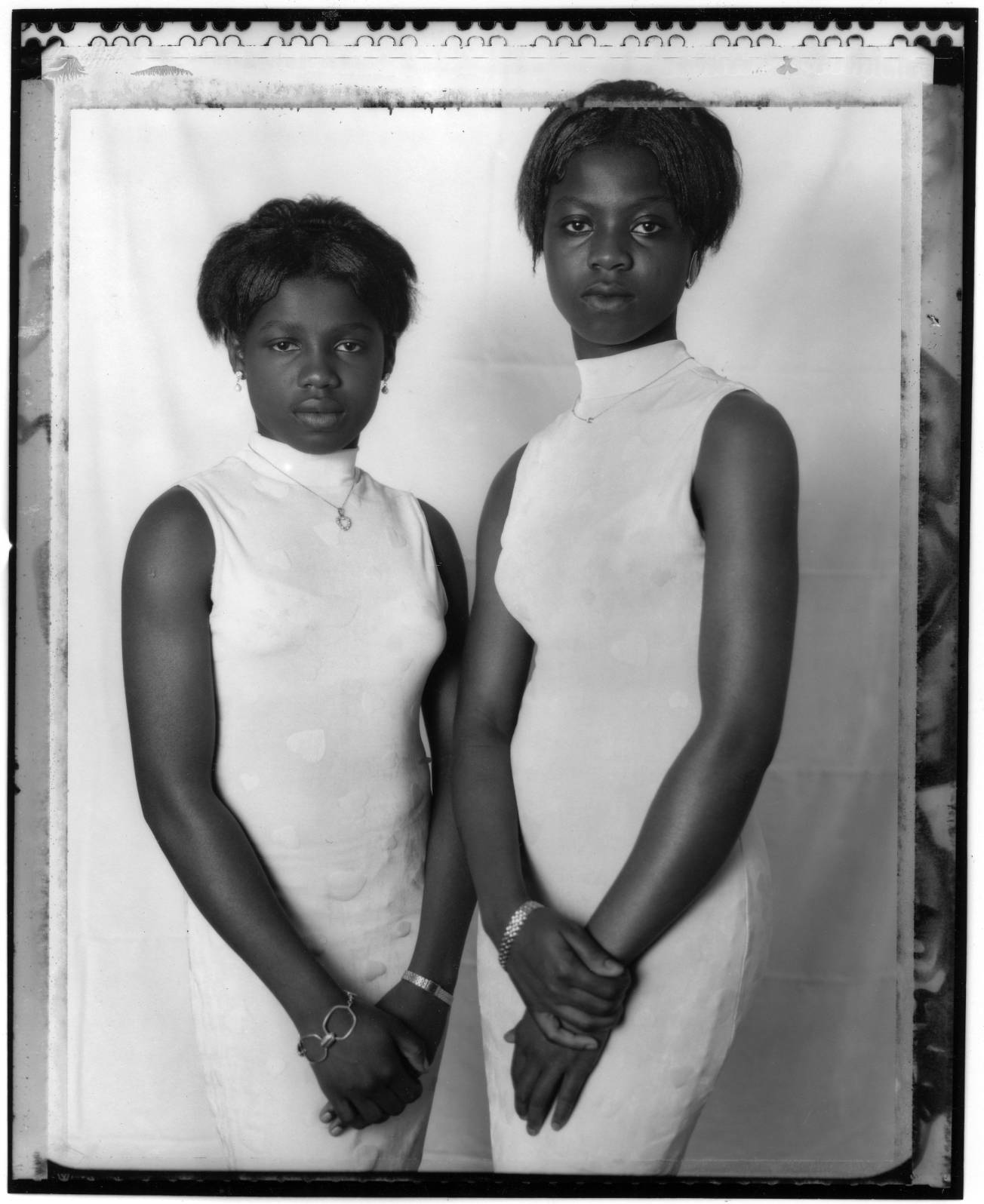 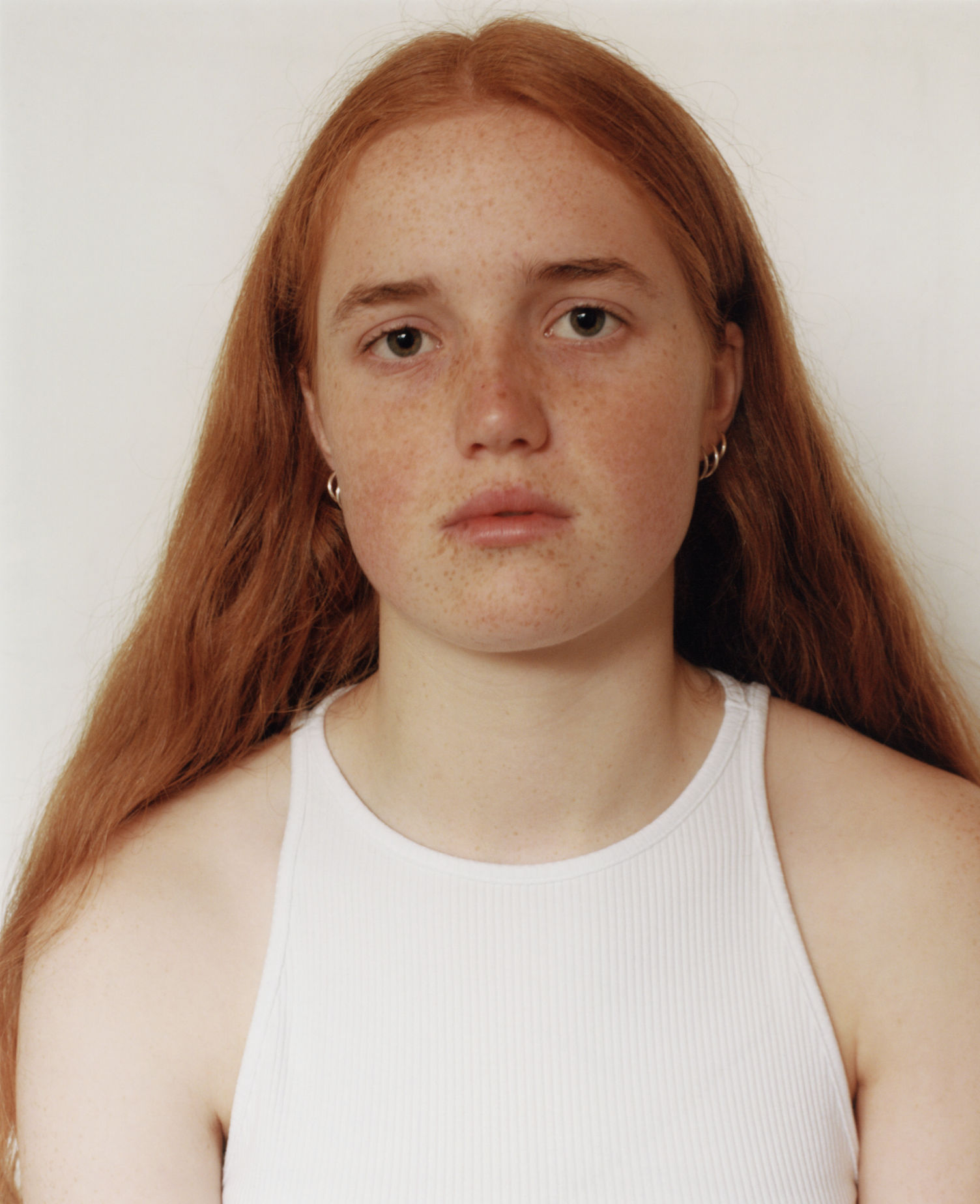 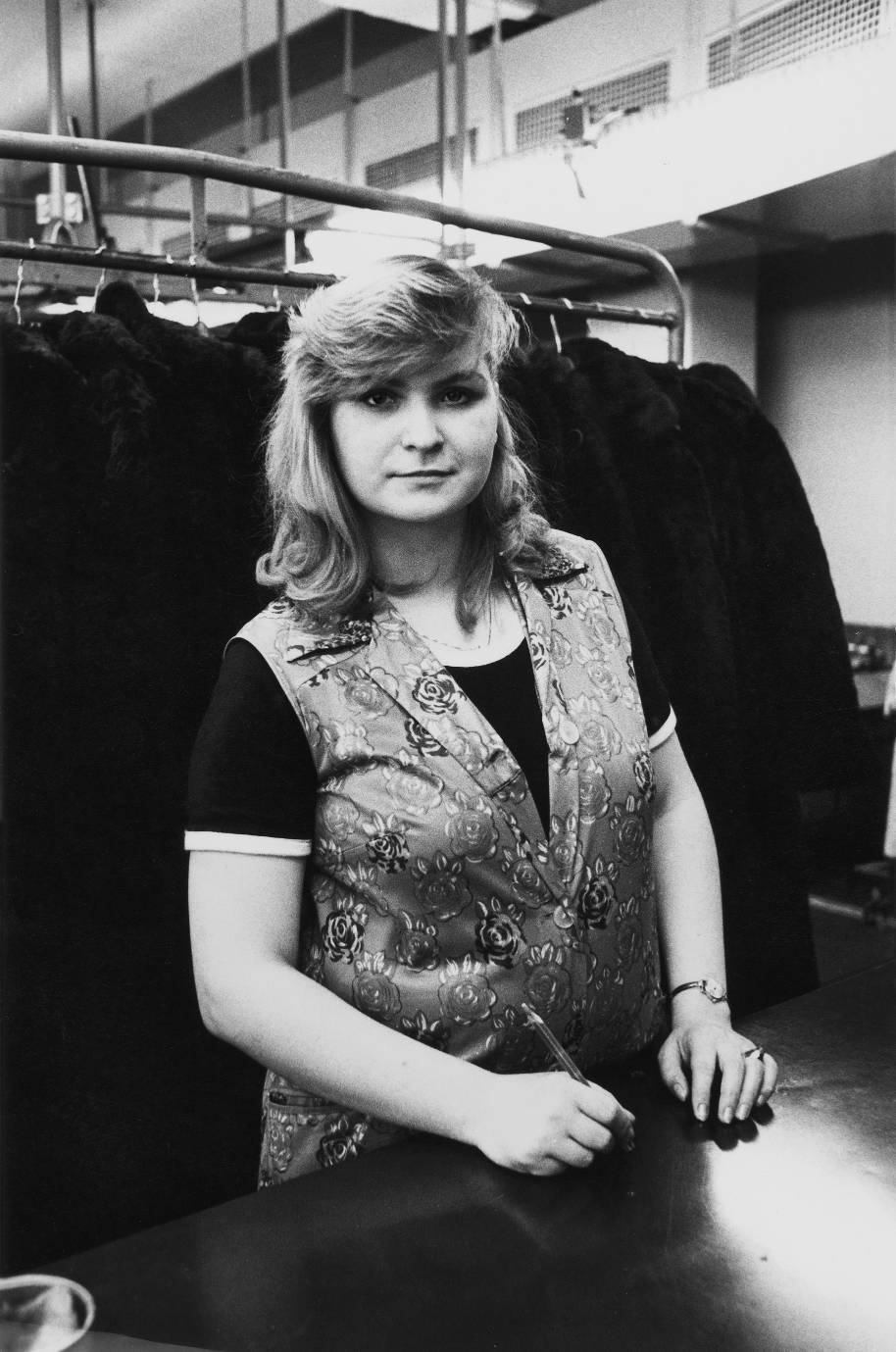 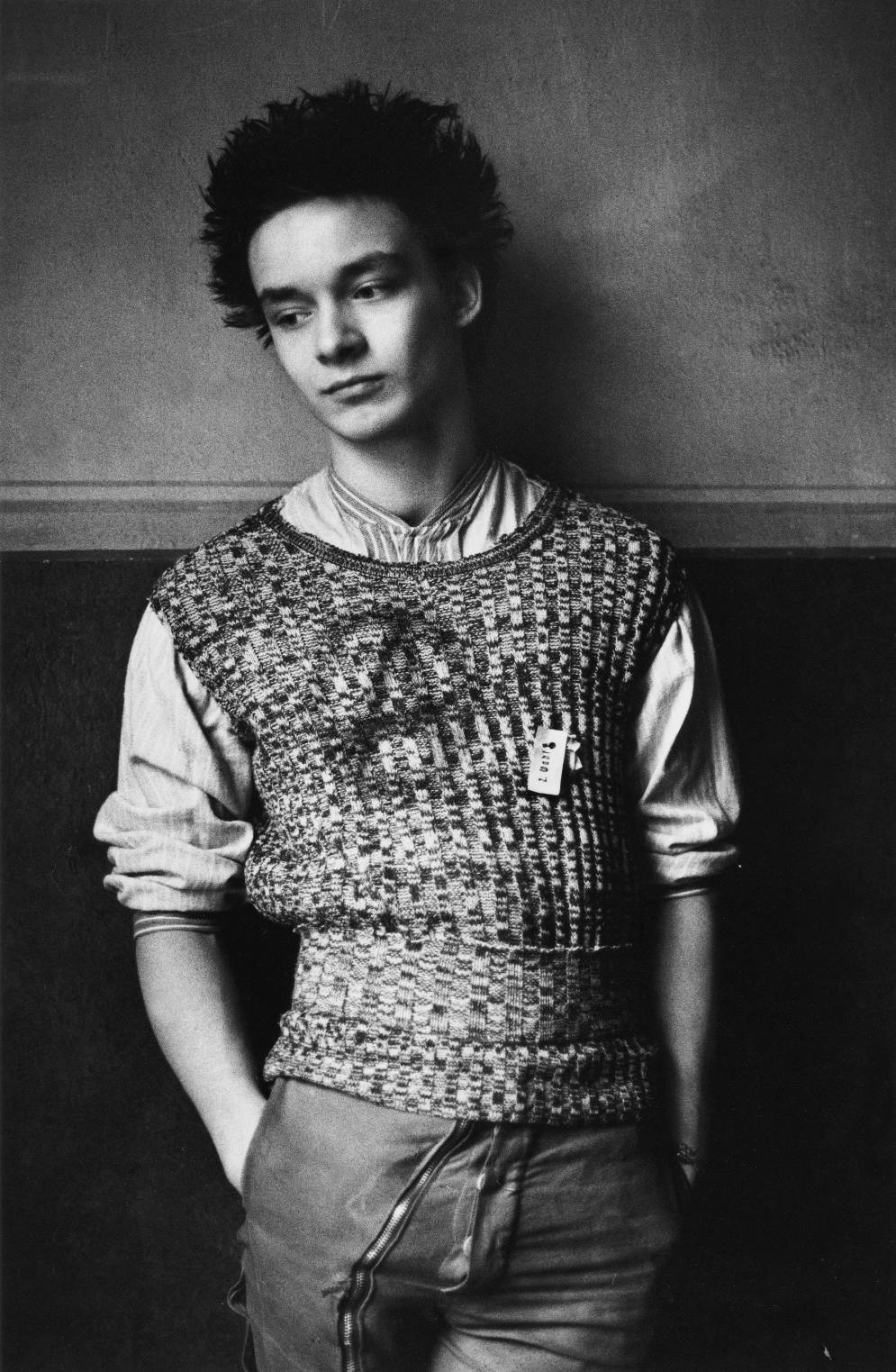 The exhibition Futures Past & Present shows the work of four female photographers: Céline van Balen, Julie Greve, Esther Kroon and Helga Paris. The four have separate individual histories, but they also have something in common: they all show great talent, and the ascent – or demise – of their careers has been determined by unusual factors: personal circumstances, fate, or the time and place of their birth. The four are also linked by their exceptional ability to engage directly with their subjects, a skill revealed by their portrait work in particular. Their models are portrayed in all their strength and dignity, with subtle distinctions between personalities. That they did this so well may have something to do with the fact that they are women. As Van Balen once remarked: ‘Yes, I think our engagement has something to do with it. Men don’t usually get as close to their subjects as we do – and if they did it would have been much more of an effort.’

Van Balen and Kroon were part of a generation of Dutch photographers who gained international artistic reputations in the early 1990s; both their careers, however, came to a premature end. Helga Paris was born in 1938 in Gollnow, Pommeren, now Goleniów in Poland. As a result of the Cold War her remarkable oeuvre was long practically unknown west of the Iron Curtain; only now, in her old age, is Paris’ work being given the attention it deserves outside Germany. Futures Past & Present includes the graduation work of the promising young Danish photographer Julie Greve, whose distinctive work shows a quality and a talent for portraiture that is a match for Van Balen, Kroon and Paris.

In the heyday of Dutch photography

Although the oeuvre of Céline van Balen (1965) is not an large one, its exceptional quality made history. Her rise as a photographer coincided with the heyday of analogue photography in the Dutch art world, shortly before the introduction of digital photography. In the late 1990s, inspired by August Sander, Van Balen made a deep impression with large-format, warm, non-judgemental  portraits. She photographed vagrants, junkies and alcoholics – the ‘ragged fringes’ of society – because, as she told the Volkskrant in 2001, she had ‘always been fascinated by people who had withdrawn from society, or who had been spat out by it.’ Van Balen first came into contact with photography in 1991, while on a course for the unemployed, and was immediately enraptured by it. Between 1991 and 1994 she followed a course in photography and printing at Cultureel Centrum De Moor in Amsterdam, where she was taught by such leading Dutch photographers as Koos Breukel and Rineke Dijkstra. Between 1995 and 1997 Van Balen attended the evening study programme at the Rietveld Academy – a school that played an important role in the heyday of Dutch photography, particularly while Willem van Zoetendaal was its head of photography.

The promising young photographer Esther Kroon (1966–1992) was another who took her first serious steps in photography while on a course taught by Rineke Dijkstra at Cultureel Centrum De Moor. The two became friends, and from time to time Kroon worked as Dijkstra’s assistant. In 1988 Kroon spent three months in Barcelona, where she photographed Roma children with her Rolleiflex. The resulting series made a strong impression; not long afterwards the Amsterdam City Archives and the Amsterdam Fund for the Arts approved her project proposal as one of their annual documentary photo assignments – the youngest photographer ever to have been awarded this stipend. In the summer of 1989 she took her newly-bought Hasselblad all over Amsterdam for this project. Futures Past & Present is showing the resulting series in its entirety.

Unknown west of the Iron Curtain

On one hand Helga Paris’ (1938) photographs are about life in the German Democratic Republic (DDR), where the Second World War and the country’s communist regime brought restrictions, loss, destruction, and economic decline. On the other they show the gaze of a photographer who faced the world with resilience, curiosity and compassion. The accent in Huis Marseille’s exhibition of her work is on East Germany before and after the Wende (1989–1990). After the Berlin Wall came down in 1989 Paris took fewer photographs for a while, feeling that the new social circumstances obliged her to rethink her position as a photographer in the world. For the series Hellersdorf (1998) she employed a direct style to portray children growing up in the new, united Germany – while living in a housing project in Berlin-Hellersdorf, the last example of the hated Plattenbau that the DDR had built shortly before its own demise. Paris subtly but revealingly captures the hidden tensions of the time in the teenagers’ postures, gestures, and facial expressions. The empathy of her gaze makes it easy for us to imagine ourselves in the people and places she photographs, even when the surroundings are unfamiliar.

The career of the promising young photographer Esther Kroon, which had been launched by her 1989 Amsterdam project Kinderen in de grote stad, was brought to an abrupt end in 1992 when she was shot dead during a daylight robbery in Guatemala; she was just 25. In the first few years of the 21st century Céline van Balen decided to abandon photography; while it had first helped her to overcome her depressive tendencies and fear of the outside world, it later pressured her to be someone she could not be. She had had enormous success with photographs of Muslim girls, work that had been bought directly from her graduation exhibition in 1997, and had then accepted commissions from NRC Handelsblad and the Rijksmuseum for Document Nederland to photograph seven-year-old children. However, an assignment from the Swiss Fotomuseum Winterthur to photograph ‘multicultural Berlin’ in 2000 did not turn out as the museum had expected. Van Balen was feeling under enormous pressure to reproduce the work for which she was known, but the more prominent she became, the more she wanted to withdraw. A few years after the Berlin portraits she decided to bring her photographic career to an end.

The meteoric rise of the fledgling career of the young Danish photographer Julie Greve (1991) has some similarities to that of Van Balen. Greve graduated in the summer of 2018 from Central Saint Martins in London with two impressive series of portraits of young women. Greve’s photographic talent had already been noticed during her studies, when she had first experimented with solo portraits and group compositions. In the spring of 2018 she won the Your Picture / Our Future competition, a prize awarded by the fashion label J.W. Anderson, from a field of 2000 applicants. Her graduation work was then exhibited by a gallery in Nottingham, and is now on show in Huis Marseille. Greve is one of a generation of young photographers who are returning to analogue photography. For this exhibition she worked together with master printer Peter Svenson, who also worked with Van Balen. The internet may have entirely transformed the position of photography in recent years, and Greve’s popularity has also been magnified through the internet, but her work feels timeless and has a classic quality. Her models are all Danish girls with little or no experience of modelling. ‘Although the portraits are very personal images of these girls, I feel the viewer can look at them in different ways,’ says Greve. The viewer is free to imagine being in their place: youngsters whose adult lives are just beginning. The same could be said for Julie Greve herself, whose career may so far have mirrored that of her precursors, but whose future is open-ended.