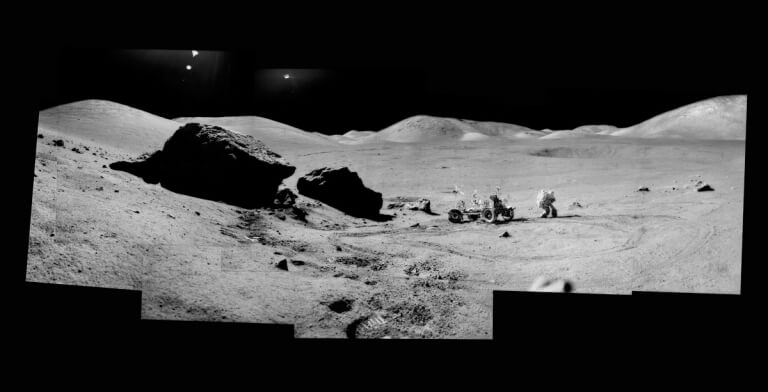 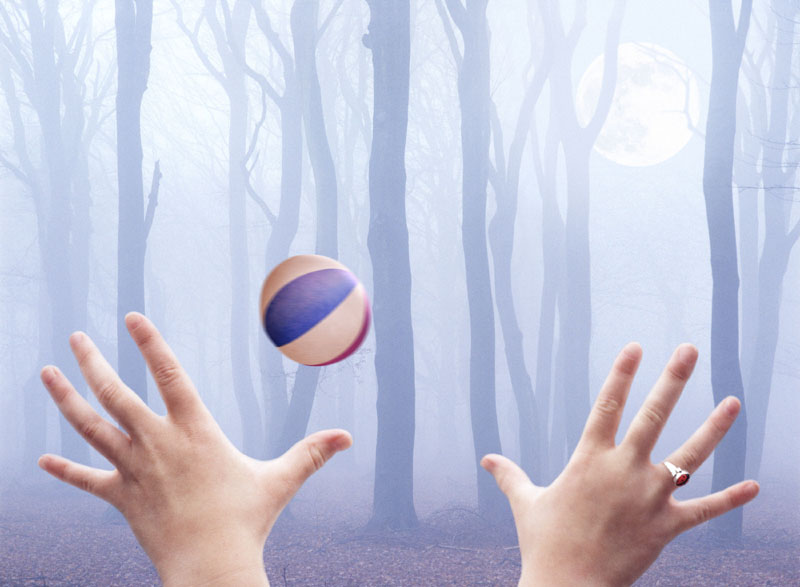 Between 1967 and 1972, twelve American Apollo missions were flown to the moon. The television images of these events left a lasting impression around the world. When Apollo 11 crew members Neil Armstrong and Buzz Aldrin became the first men to walk on the moon thirty years ago, it represented not just the realisation of a centuries-old dream of scientists and amateur astronomers alike. It also allowed the lunar landscape to be photographed from such close proximity that these images have gained their place in the iconography of the twentieth century.

In 1995, the American artist Michael Light was, exceptionally, given access to the NASA picture archives that store the more than 30,000 photographs that were taken during the Apollo missions. Only a handful of these photographs were ever published in magazines such as Life and National Geographic. Over the last four years, Light has made a selection from the original negatives and made reproductions in his own studio using digital scanning techniques. His selection, combined with the use of high-quality reproduction techniques, offers a new perspective on the dazzling voyage of discovery and on the technology that changed our view of the world once and for all. The experience of the Apollo missions is repeated on large-scale prints: astronauts spinning above the bright blue surface of the earth, the command module racing past the craters that cover the lunar surface, the earth rising above the moon, the Lunar Rover driving over rocky terrain. The most important aspect of this exhibition, however, is the emphasis that Light places on the moon as a piece of landscape. The lunar landscape stretches out as far as the lens can see, an endless variety of greyscales set against the pitch-black sky. Michael Light has lifted these photographs, initially taken purely for scientific purposes, onto a higher lever and rendered them timeless.

Light’s work has resulted in the book Full Moon and an eponymous exhibition, which has recently been on show at the San Francisco Museum of Modern Art, the Hayward Gallery in London and the Circulo de Bellas Artes in Madrid.

In Huis Marseille, Full Moon will be playfully combined with night scenes by a number of Dutch photographers such as Marijke van Warmerdam and Teun Hocks, in which the moon is clearly present.

The English version of the Full Moon catalogue (Jonathan Cape 1999) will be available at Huis Marseille during the exhibition, priced at 95 guilders.