Selected Works from the Collection 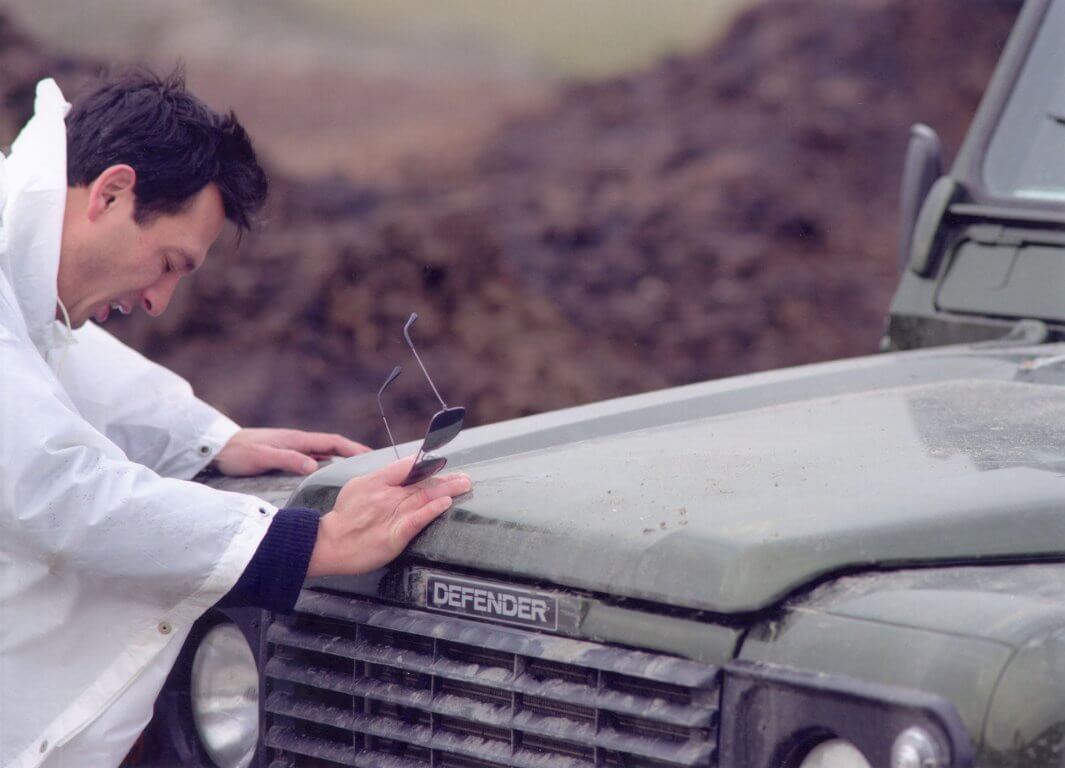 In the summer of 2002, Huis Marseille presents two socially engaged photographers who concentrate on visualising the problems of society through photography. Eddy Posthuma de Boer, the éminence grise of Dutch photo reportage, travels around the world with his camera recording the major (and minor) sufferings of people at the bottom of our society. He approaches this directly, with his “feet in the mud”. Juul Hondius is the young conceptual artist-photographer who analyzes ‘looking’ in his staged photographs. What visual language do press photographers who photograph war and poverty employ, and how does the viewer react to that? The answers of Postuma de Boer and Hondius appear diametrically opposed. Engagement is none the less for that, however. Not only do they represent two generations, but two different visions of engaged photography: both of them, each in his own manner, offer matter for discussion concerning the problems in the Third World and the West’s conception of them.

The life of street children throughout the world runs like a red thread through the work Eddy Posthuma de Boer. It is a theme to which he repeatedly returns. Through his camera, he champions these children who no longer are children – who perhaps, indeed, never have been – and who in fact also no longer have futures as adults. Bogota, Manila, Nairobi and Tirana are the most heavily stricken cities: “the streets stink of human suffering; glue-sniffing, ragged, unkempt children between the ages of four and sixteen roam about, begging money from passers-by and searching through garbage in the hope of finding something to eat”. In the past decade Postuma de Boer has travelled all over the world, and worked for a great many magazines. Always his work is distinguished by a great involvement with people and children in distress caused by war and poverty. His style is direct and unadorned, in graphic black and white photos made with a strong feeling for composition and dramatic eloquence. But he does not only show the suffering of the children; he also shows their resilience and their often inventive ways of surviving, by which he gives them back their self-respect. In an interview with Hugo Camps published in 1996 in the catalogue Voor het oog van de wereld, Postuma de Boer expressed his motivations: “Naturally the camera is not a weapon against injustice. Showing the world as it is today – that’s all I can do. And the camera is more believable than words. It shows flat out that civilization is no match for humanity. To this very day. What I do is a form of testifying”. For Huis Marseille, Postuma de Boer has made a very personal selection of the photographs closest to his heart: street children in four different continents and portraits of African children with AIDS. The problem of AIDS will eventually be solved, he comments, the problem of the street children, on the other hand, is hopeless.

The work of Juul Hondius (a 1996 graduate of the Royal Academy of Art, The Hague) also deals with topical issues, engagement and the status of documentary photography. With him, the focal point is not so much the subject matter as it is the visual language used in the photographs of, for example, war situations and refugee movements. Hondius analyzes the way in which we, as viewers, see and judge such photos. “I want to show how prejudiced people are. I think that as an artist you have a certain responsibility”, Hondius once said in an interview. For his Tolerance Project (1998) in the Czech Republic he made portraits of Romany Gypsies which he enlarged to billboard size and, after adding provocative texts, hung up in Prague. The inhabitants of Prague were confronted with their own racist prejudices toward the Gypsies in this way; painfully, within two weeks every poster had been defaced and destroyed. His most recent work, which will be shown in Huis Marseille, consists of staged tableaux. In terms of subject matter, they are grafted onto reality; their form derives from classical visual compositions. With the help of our collective Western visual culture, Hondius depicts social questions related to violence, tension and suffering. In the construction of his photographs, Hondius draws upon his own visual research in such sources as newspapers and magazines, but also upon his own memory. It is important for him that people recognize a type of image and make certain associations with it. The photographs have the characteristics of a film still, whereby the story is only partially clear but the tension all the more apparent: a man in the water, sleeping people in a bus, a car with fogged windows, etc. Scenes that lead the viewer in a certain direction: murder, war, refugees, etc.

Artimo brings out a publication of the work of Juul Hondius in A Complex Newspaper, with texts by Patrice Joly and Christel Vesters, designed by Thomas Buxó, € 10 (NL/FR/ENG)

Selected Works from the Collection

Huis Marseille has had a photography collection of its own ever since its inauguration in September 1999. This collection has been continually enlarged and momentarily comprises over 130 photographs. Limited selections have been regularly exhibited in the last few years in Huis Marseille. The accent of the collection is on contemporary work by Dutch and foreign photographers who represent the most important developments within photography. Nonetheless, the guiding line in putting the collection together, just as with the exhibition program, is quality and diversity; form and function are of secondary importance. The purpose of the collection is to exhibit it and bring it to the attention of the public. Many of the photographs have a monumental character and are typified by a broad interpretation of the medium and an extremely varied use of photographic techniques.

This time, in loose reference to the humane work of Eddy Postuma de Boer and Hondius, the emphasis is on photographs that put people centre stage. Accordingly, this summer the garden room at the back of the house will be set up as a portrait gallery with the very divergent work of photographers such as Céline van Balen, Anton Corbijn, Yasumasa Morimura, Andres Serrano and Beat Streuli. In the large room at the front, monumental work of Craigie Horsfield and Adreas Gursky will be shown, with mass humanity as its theme. Opposite that will be the desolate moon landscapes of Mike Light and the empty constructed spaces of James Casebere. In addition, documentary work by Bertien van Manen and Robert van der Hilst will be shown along with several photos of the young German photographer working in the Netherlands, Dorothée Meyer.