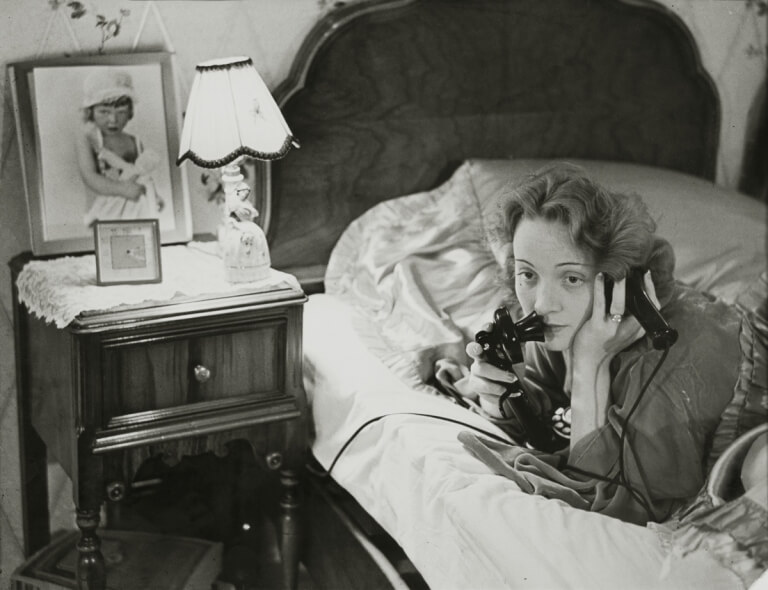 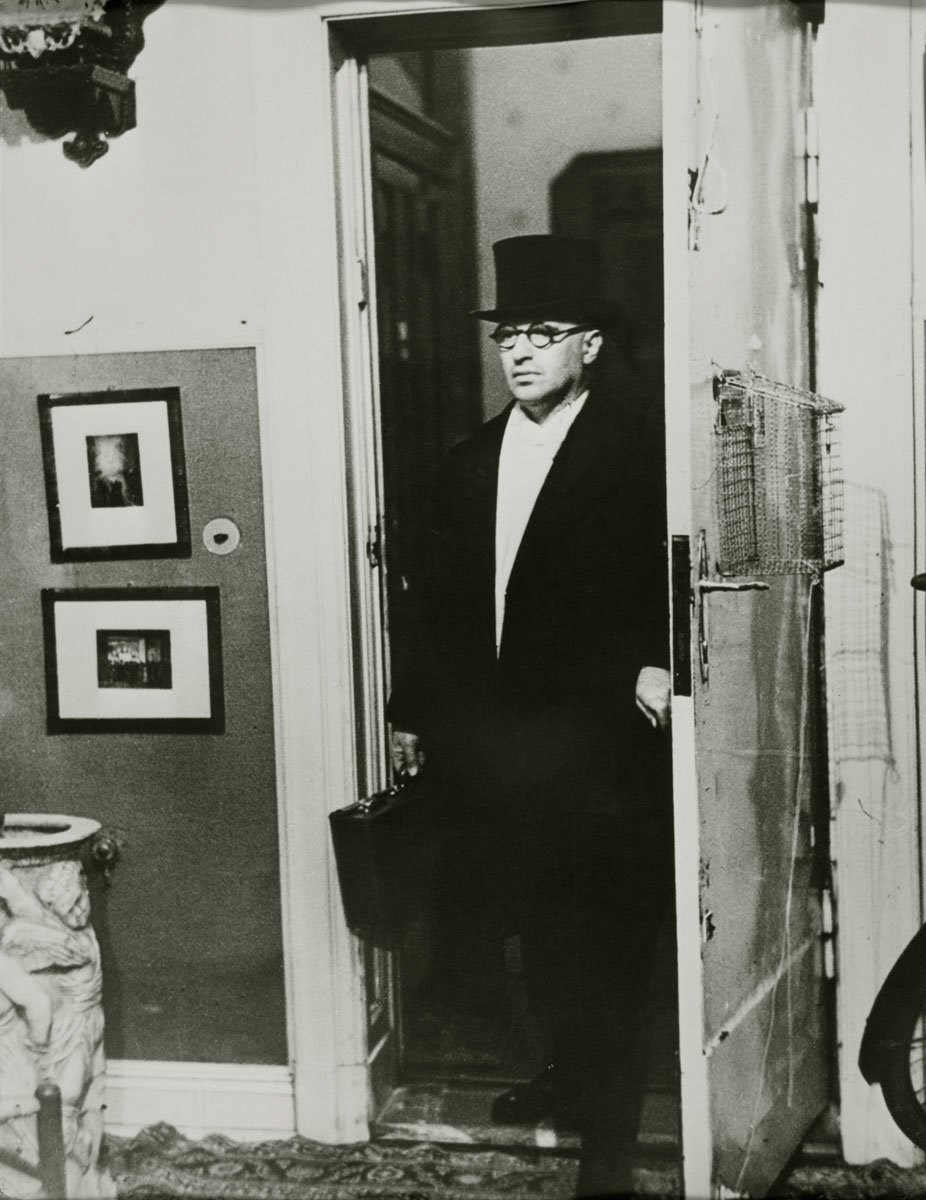 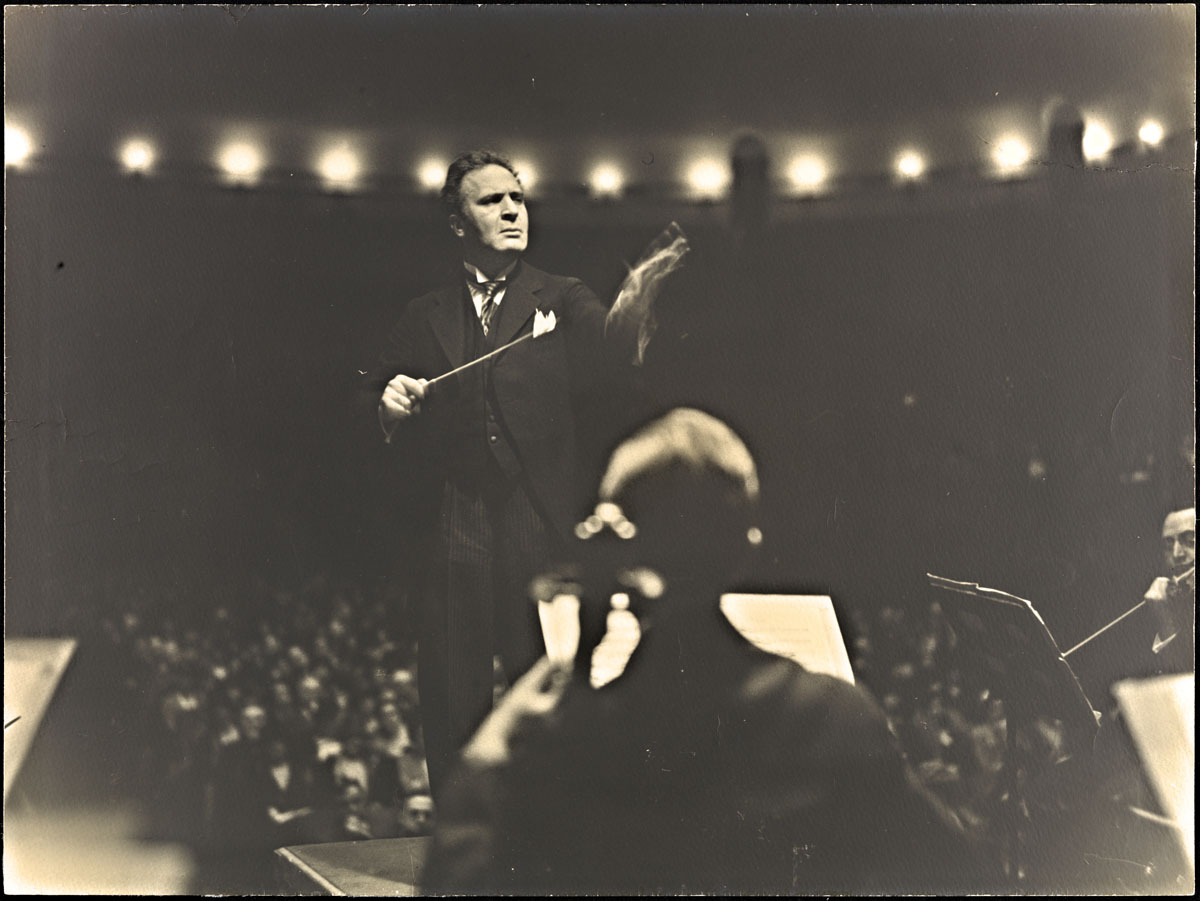 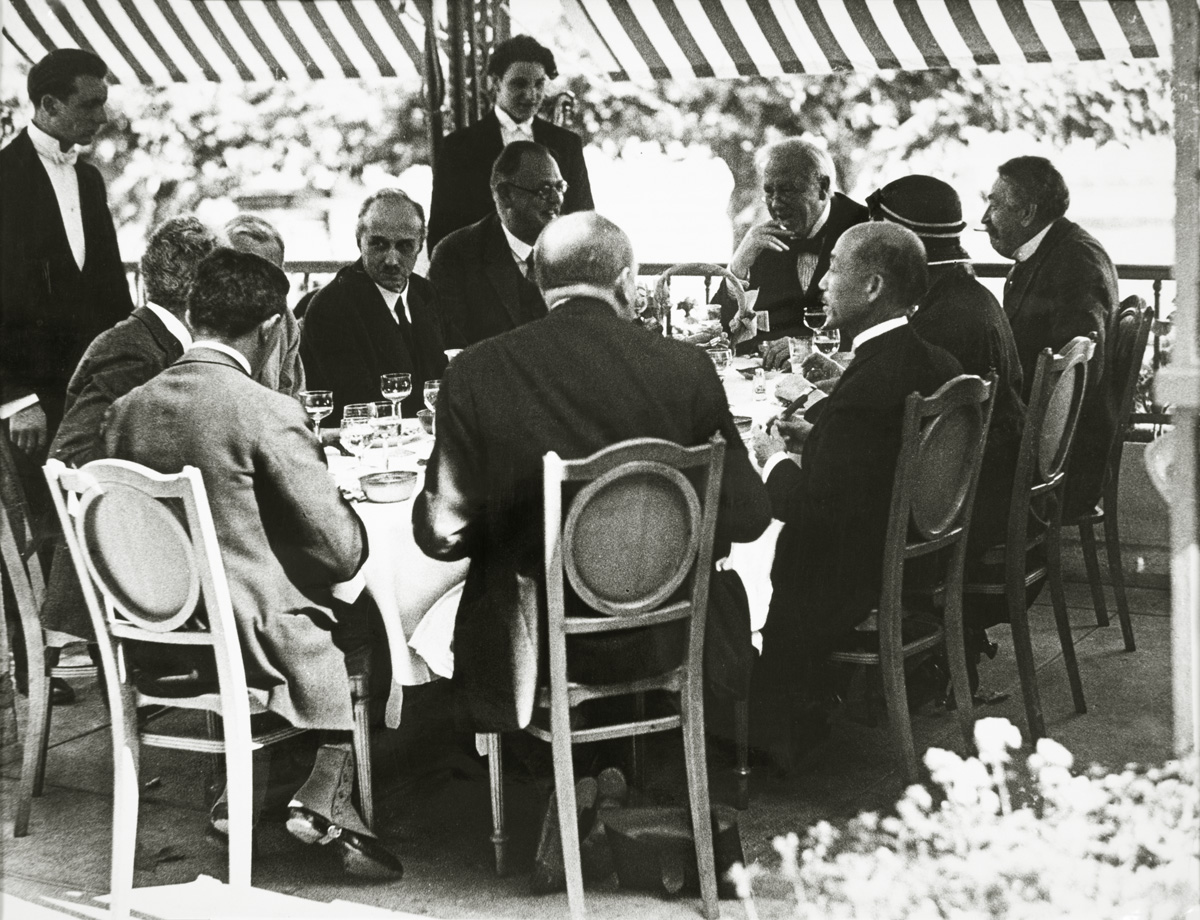 Dr. Erich Salomon in Dubbed the “King of Indiscretion”, Dr. Erich Salomon (1886-1944) was one of the world’s first photo journalists and the inventor of candid camera photography. With his fast, extremely light-sensitive camera, he turned the numerous conference rooms of international politics into ‘unsafe territory’ during the interbellum: the Reichstag in Berlin, the League of Nations in Geneva, the conferences on German reparations in the Hague. But it was not just famous politicians of the era, such as Sir Austen Chamberlain, Gustav Stresemann and Aristide Briand, whom he caught in his lens at unguarded moments, but also Albert Einstein, newspaper magnate William Randolph Hearst, composer Richard Strauss and Marlene Dietrich. In addition, he was the first to succeed in taking pictures during the sessions – strictly forbidden to photographers – of the High Court in London. Because photos shot during an actual event have much greater impact than posed ones taken afterwards, Salomon went to great lengths to take his photographs. Determination, inventiveness and style gained him the right contacts in the highest political and cultural circles – not one of the least reasons was that his photos also appealed to a certain vanity in his subjects. With the rise of the Nazi regime in Germany, he fled to his wife’s native country, the Netherlands, where he would continue his work until his tragic death in a German concentration camp.

In 1982 the Stedelijk Museum of Amsterdam organized a large retrospective of Salomon’s work. The present exhibition in huis Marseille centres on a lecture that Salomon gave about his work in April 1931 to 400 people in the Hotel Kaiserhof in Berlin, entitled “Mit Frack und Linse durch Politik und Gesellschaft”  (With Tuxedo and Camera through Politics and Society). Among the guests were many highly-placed German functionaries from the political, industrial and scientific worlds, who now saw themselves in life-sized projections, accompanied by the cutting commentary of the photographer himself. This lecture formed the incentive for his book Berühmte Zeitgenossen in unbewachte Augenblicken which appeared that same year. In it, he showed a selection of his photographs in combination with lively anecdotes about the ways in which he managed to take them and how his subjects reacted. Both the text of his lecture in Hotel Kaiserhof and the major part of the glass slides which Salomon used for it were preserved and are now kept in the Salomon archive in the Berlinische Galerie. Thanks to the excellent quality of the approximately 120 slides, it was possible to make scans which will be projected wall-sized in one of the rooms of huis Marseille. Simultaneously, one will hear a Dutch version of the lecture spoken by the Dutch author F. Springer, whilst an English version, spoken by the British filmmaker Keith Washington, can be heard on headphones. The slide show, which is about 45 minutes in length, will be shown continuously during the exhibition, Because of the nature of the story, it is possible to step in halfway or to see and hear only parts of it.

The reconstruction of Salomon’s lecture with projections was brought about in collaboration with Peter Hunter, Hans Samsom, Iwan Baan, the Berlinische Galerie and Laura Samsom-Rous. In 2004, Huis Marseille will participate in a large retrospective of Erich Salomon’s work currently being prepared by the Berlinische Galerie and Die Photographische Sammlung/SK Stiftung Kultur in Cologne.