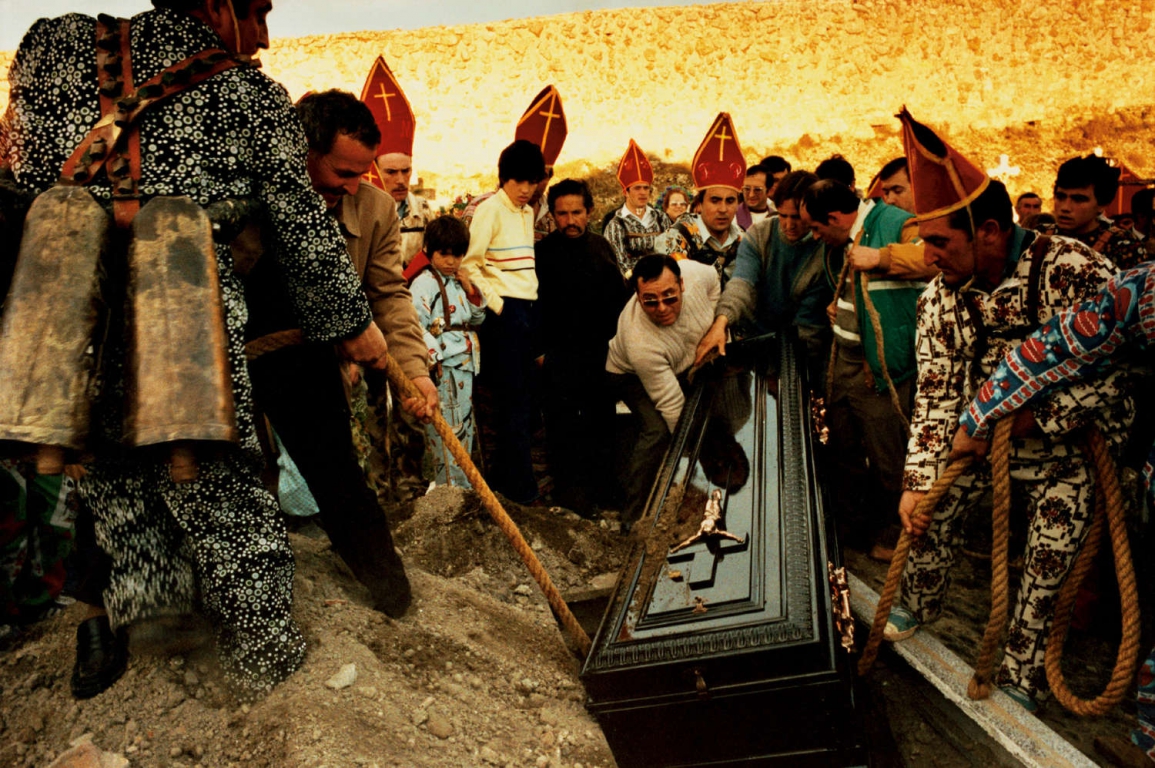 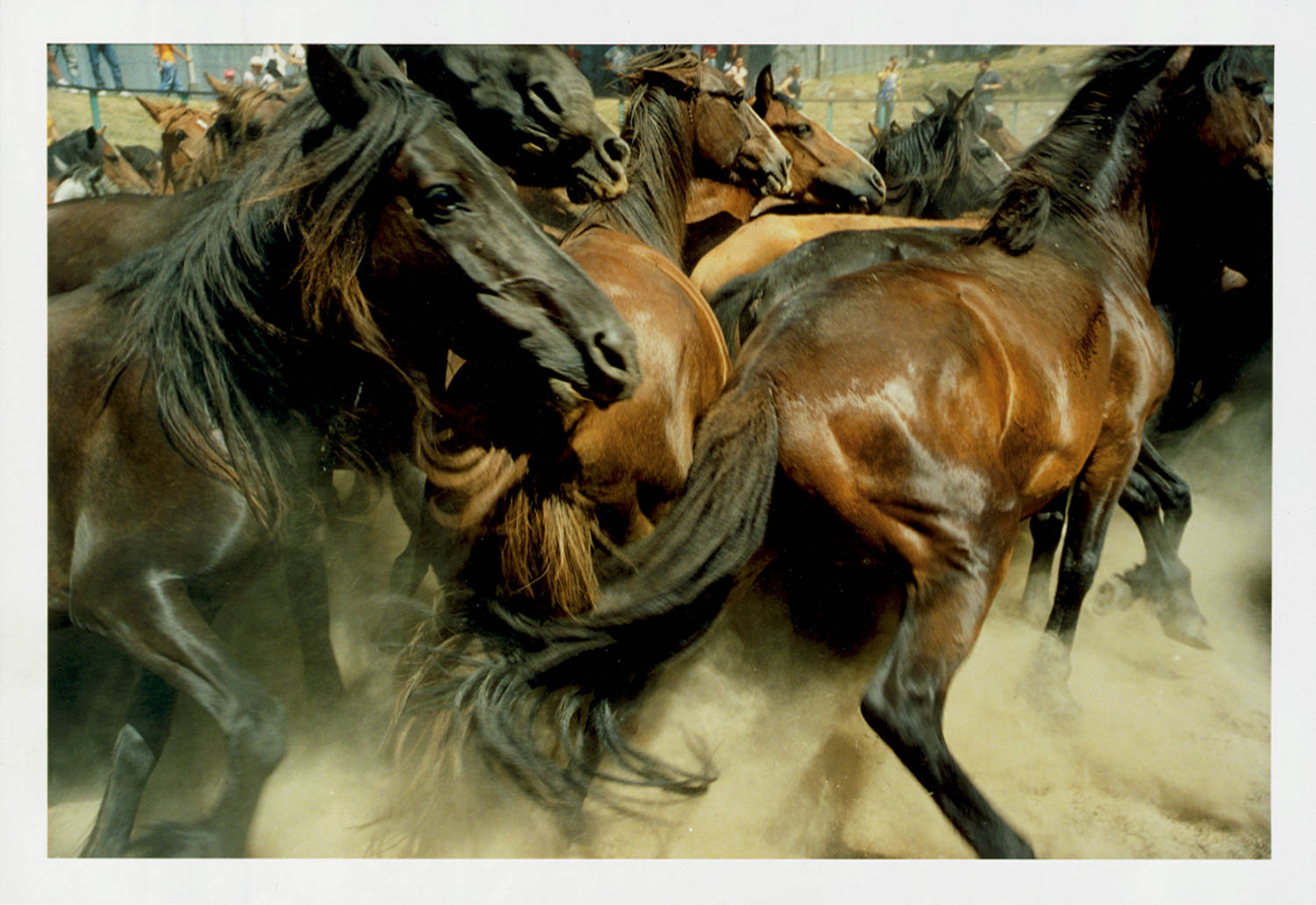 Spain versus Holland: with the photographs of Cristóbal Hara and Han Singels, Huis Marseille is bringing Southern temperament and Northern light under its roof this summer. Cristóbal Hara has worked for over thirty years on a personally tinged oeuvre in which he fuses Spain’s cultural and religious traditions and political history with his own past and memories. Han Singels, following the lead of the classical school of Dutch painting, photographs Dutch landscapes in which cows play the leading role. Both photographers began as photojournalists, but ended up choosing another direction for reasons of their own. With the photographs they are now showing in Huis Marseille, they each find themselves in alignment with the broad artistic traditions of their own countries: the expressive emotional surrealism of Hara against the subdued and cerebral realism of Singels.

Cristóbal Hara (b. Madrid, 1946) wanted to be a photojournalist, but he discovered at a fairly late date that he was more interested in photography itself than in the events and situations he was commissioned to photograph. It was not the subject of a photo that intrigued him, but the visual realization of an image. In a unique manner, he shapes reality and blurs the boundary between fact and fiction.

The exhibition features photographs both from his book An Imaginary Spaniard (Steidl Verlag, 2004) and his latest publication Autobiography (Steidl Verlag, 2007). In his wanderings through Spain, Hara works like a photojournalist on an assignment, but the photographs gain new meaning in his books because he presents them in a different context. An Imaginary Spaniard does not illustrate the life of one specific Spaniard, but rather the cultural identity of Spain in general, an imaginary Spain. Hara has made a satirical photographic story in which he considers traditional Spanish concepts such as God, authority, sin, sexual repression, hell, macho culture and the seductiveness of women in a manner that is both poetic and ironic.

Cristóbal Hara, raised within an old Spanish colonial family in the Philippines and in the United States, is at once an outsider and an insider in Spain. He was sent to Spain at the age of eight, ending up in a provincial boarding school run by Jesuits. His experiences in that extremely religious and repressive environment during General Franco’s dictatorship (and the contrast with his early years in the tropics) have marked him for life, and have had a lasting influence on his photography. It was a traumatic experience he shares with many Spaniards of his generation. With the detachment of an outsider and the involvement of an insider, he looks at his country both critically and lovingly.

When the Franco era ended in 1975, Spaniards moved to the big cities in droves. Looking to the future, they turned their backs on their old life in the country – precisely where Hara now seeks his subject matter, the places where that other Spain feels at ease, where the ancient cultural and religious traditions are still very much alive and kicking. In the passionate and sensual imaginative power of Spain’s many traditional celebrations and striking rituals, Hara finds images he can use for his own story, such as during Carnival and the Semana Santa, the holy week leading up to Easter, when penitents walk in processions to commemorate Christ’s suffering. In San Bartolomé de Pinares, he photographs horses that are chased through a sea of fire in honour of San Antonio (St. Anthony). Fire also plays an important role in the celebrations organized in the province of Valencia in honour of San José (St. Joseph). Gigantic papier-mâché puppets created in satirical comment upon the current political and social situation are burned on the night of San José. In Galicia, Hara is a witness each year to the Rapa das Bestas, when wild horses are driven out of the mountains in order to be branded and clipped.

Hara works with an analogue 35mm camera and a relatively wide-angle lens. Because of this he is flexible and can come close to his subjects, and yet maintain an overview and great depth of field. Distortions in the image caused by the wide angle lens simultaneously give the photographs dynamism and dramatic expressiveness. Blurred movements, extreme cropping and singular points of view – these he embraces. What he is seeking is the unexpected moment that leaves room for differing interpretations.

Hara’s first photographs were in black and white, for initially he was strongly influenced by the documentary and socially engaged photography that was internationally dominant at the end of the sixties. This direction turned out to be a dead end for him. When he switched to colour in the mid eighties, he discovered his own ‘idiom’, which enabled him to find his way within his own, Spanish artistic tradition; a tradition in which reality assumes ambiguous forms – not for nothing did Spain’s national hero Don Quixote live in a self-created reality.