Books Grow Out of the Ground Here 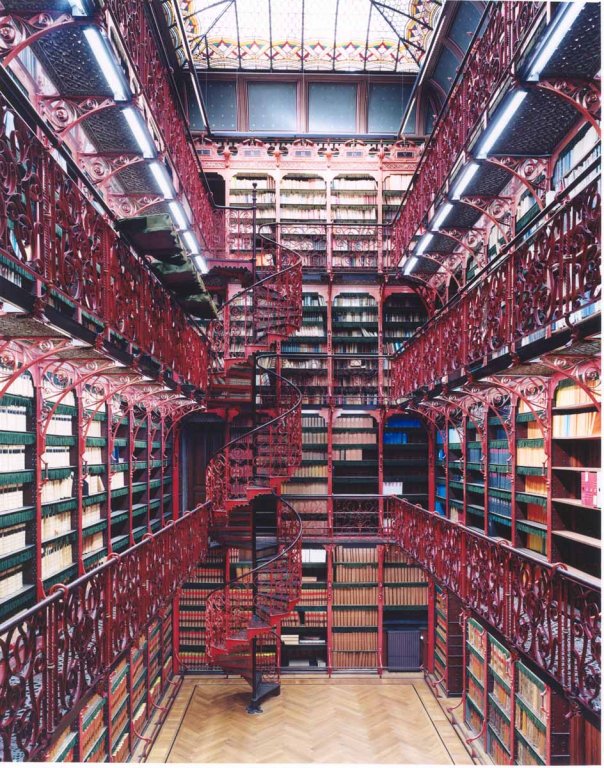 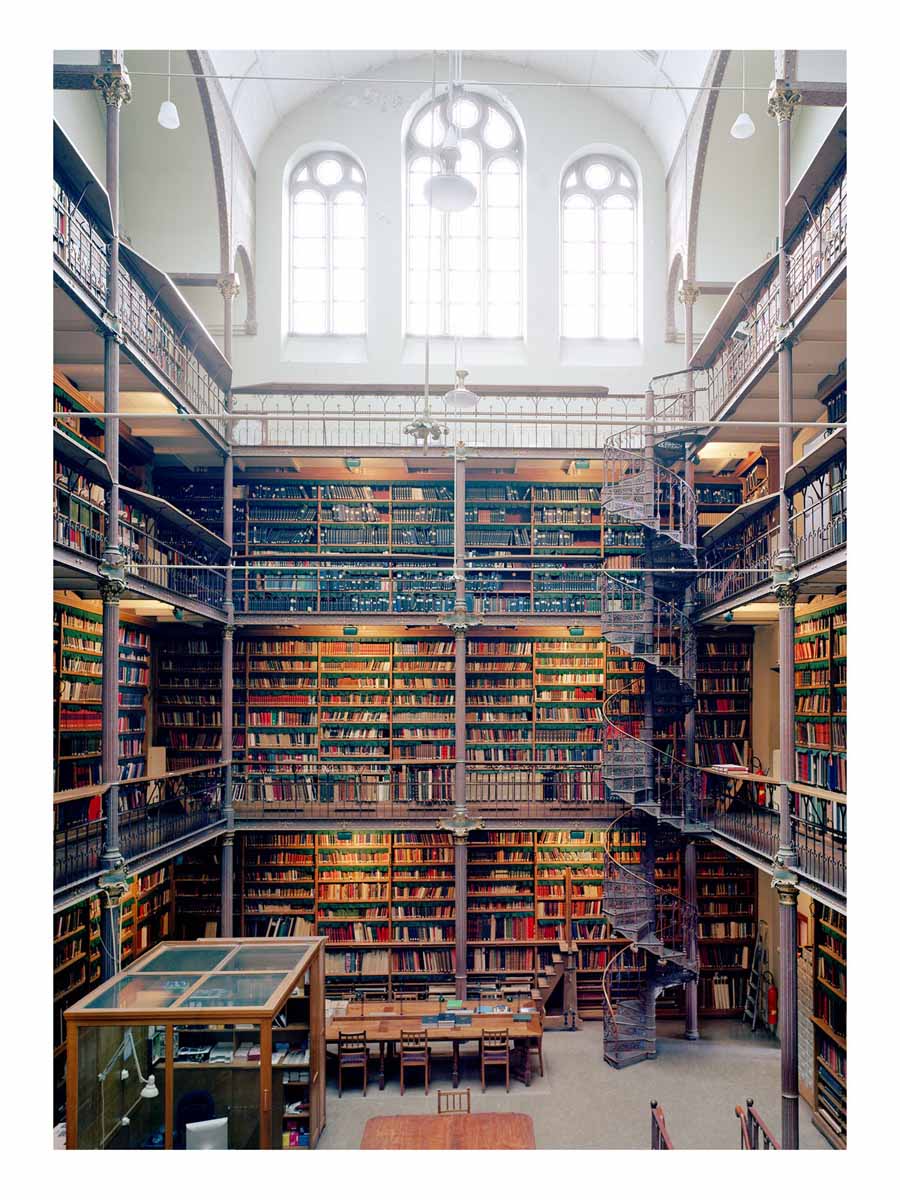 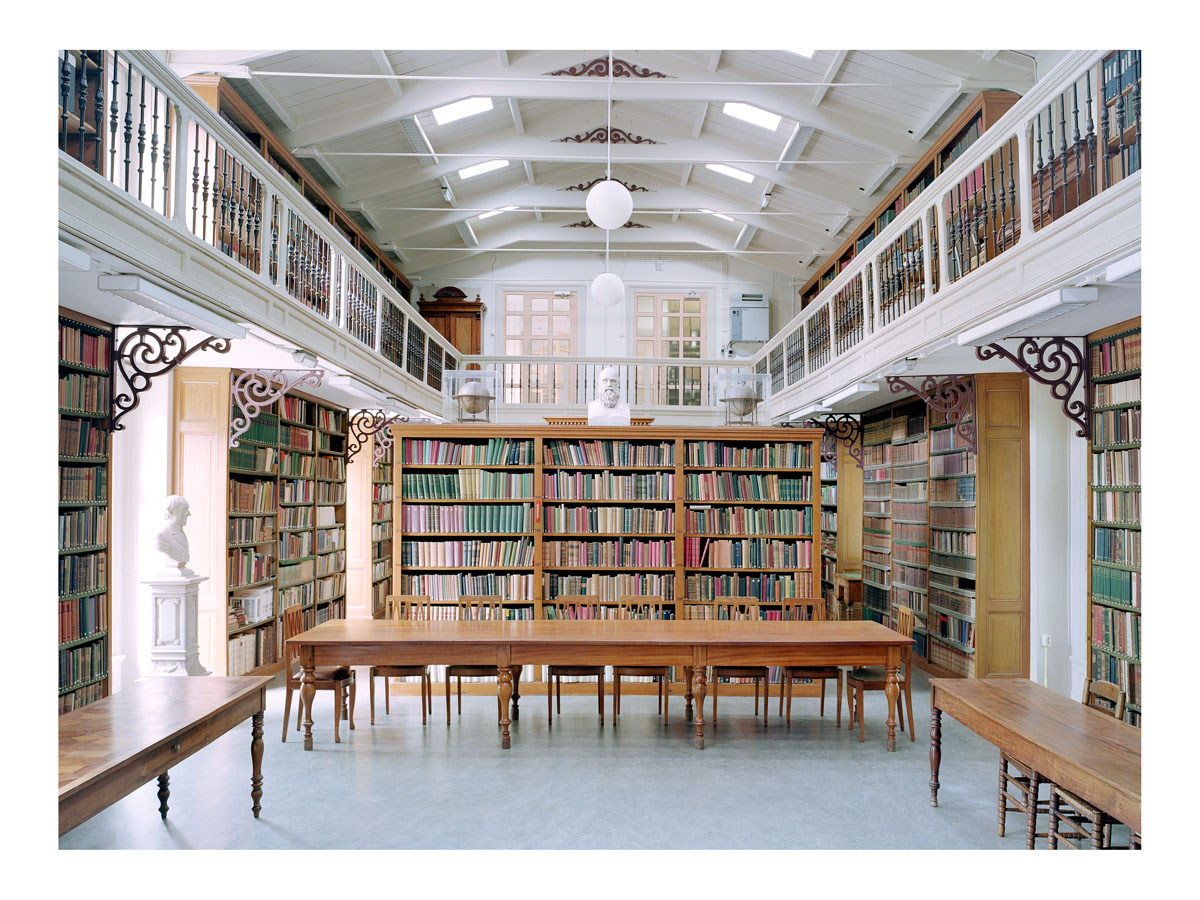 ‘Books Grow Out of the Ground Here’, taken from a poem by P.A. de Génestet, is the title of a long project now come to fruition. Huis Marseille proudly presents the photographs that Candida Höfer (1944) and Bert Nienhuis (1944) recently took of 25 Dutch libraries and librarians. Höfer depicted the interiors of the libraries, while Nienhuis made portraits of the librarians. The participating libraries were carefully selected by Huis Marseille in collaboration with the Koninklijke Bibliotheek and the Netherlands Institute for Art History. The results of this unique commission can be seen early this spring.

Not only is this the first time that Candida Höfer is exhibiting in the Netherlands, she is also showing work that has never been exhibited before. A student of Bernd Becher at the Dusseldorfer Kunstakademie and last year one of the two German participants in the Venice Biennale, Höfer has for years ranked among the top in international photography. Her work can be defined as the evocative mapping of public rooms, halls and spaces that are partly shaped by their use. The library has developed as a distinct subtype within this. Her photographs are additionally about atmosphere, history and the ‘patina’ of human life that is so clearly left on many public spaces. The visual quality of her work is timeless and monumental, marked by great refinement in her usage of both coloration and natural light. More than enough reason for commissioning Candida Höfer to depict the rich diversity of old and new libraries in the Netherlands.

The library is a culturally determined storage space, albeit one with a partly public and traditionally often representative purpose. The 25 libraries ultimately selected for this project not only vary widely in appearance; they each stand for different types of collections and users. Thus there are university, public, museum, and private libraries, as well as an ecclesiastical, a legal and a royal collection. The selection is intended to be a representative and lavish cross-section of what the Netherlands has to offer. It is certainly not an exhaustive survey; there are many more libraries of no lesser quality.

Bert Nienhuis’s portraits of the librarians (directors, curators, administrators, etc.) have given a human countenance to the library. Although often invisible to the public, the librarian is the driving force behind these collections of books. He, and sometimes she, not only represents the power and the effectiveness of the book, but also and to an ever-increasing degree the logistical management so inseparably connected with the functioning of the library. With this commission, Bert Nienhuis has again proven his visual prowess as a portrait photographer. His portraits are contemporary and imaginative; they put the spectre of the librarian as ‘bookworm’ once and for all behind us. Bert Nienhuis has been associated since 1975 with Vrij Nederland, a weekly magazine in which he earned great fame with his penetrating portraits of national and international celebrities.

The contrast between the two photographers is great. They each personify a different aspect of the profession. One works autonomously and evocatively (also in commissioned situations), the other as a documentarian and primarily on commission. The project further accentuates this contrast by setting the black and white of Bert Nienhuis opposite the colours of Candida Höfer, while also maintaining a difference in size.

During the exhibition it will also be possible to take a virtual tour of some of the libraries. Especially for this project, photographer Iwan Baan went into the hearts of six libraries to take 360-degree, three-dimensional interactive photos, which the visitor can see via a computer in Huis Marseille’s Media Kitchen. A beamer projects the photographs on the wall, enabling you to wander around, as it were, in these libraries.