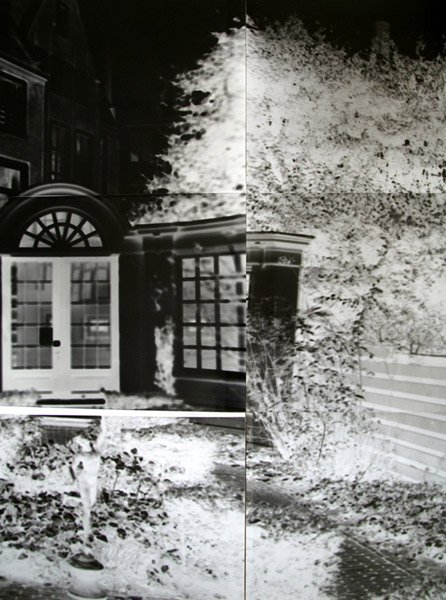 With its exhibition of work by the Japanese photographer Rinko Kawauchi, Huis Marseille is introducing a series of presentations of highly promising photographers and artists who have demonstrated great visual potential. This series of large and small presentations will consist of various clusters of photographs or projections that map the development of the artists up till now. Museological collecting is the tenor of these exhibitions, which are based on a special collaboration with the collector Han Nefkens, who since 2000 has assembled an extensive array of contemporary art entitled H + F Collection, a substantial portion of which is on structural loan to institutions such as the Museum Boijmans van Beuningen, the De Pont Museum for Contemporary Art and the Centraal Museum in Utrecht. In the coming period, Huis Marseille and H + F Collection will acquire art works together, with H + F Collection buying the works and presenting them to Huis Marseille on permanent loan. Huis Marseille has also invited Han Nefkens to guest curate an exhibition in March 2006 showing the first substantial results of this unique collaboration between a museum and a private collector (including the work of Uta Barth, Syoin Kajii and Frank van der Salm among others). This fall’s exhibition of the young Japanese photographer Rinko Kawauchi presents her work for the first time in the Netherlands and gives a taste of what will be added to Huis Marseille’s collection in the coming period. It promises to be a special and exciting time.

Rinko Kawauchi (Shiga, Japan, 1972) has had great success in the past few years with her photographic books Utatane (Catnap), Hanabi (Fireworks) and Hanako. This year AILA (Turkish for ‘family’) has been added to the list, from which Huis Marseille has made a selection for this exhibition. Kawauchi’s work focuses on life, which she particularizes in themes such as birth and death, family life, eating and being eaten. She approaches these concepts in what is perhaps a fundamentally Japanese manner – not as contradictory, but as equivalent and complementary, conditions of our existence. Consequently her photographs gain meaning only when considered in relation to one another, in a series which has no fixed sequence. At the same time, however, these photographs also illustrate the essence of photography in that they capture a moment or a detail which otherwise would have gone unnoticed. Kawauchi manipulates light and colour in a precise and extremely subtle manner and gets so close to her subjects that her work not only appeals to the eye but to the rest of the senses as well.

Marijke van Warmerdam has been invited to turn the Garden Room into a project room this autumn. Her work moves between photography, video, installation art and sculpture in such a way that it cannot be pinpointed by one specific label. Her themes and her approach to the realization of the images themselves are primarily visual and in the final instance always elude rationality. Marijke van Warmerdam employees narrative elements which she sometimes combines with repetitive structures. Her work is represented in the Huis Marseille collection.

The Souterrain will feature a video by the Japanese-Vietnamese photographer Jun Nguyen-Hatsushiba, from the Dommering Collection (Amsterdam): Memorial Project Nha Trang: Towards the Complex – For the Courageous, the Curious, and the Cowards (2001). In this poetic film, Nguyen-Hatsushiba stages an underwater race between rickshaws – his way of showing what a difficult road Vietnam has to travel on its way to economic recovery after a half-century of war and political unrest. In slow motion and without sound a group of pearl divers pulls rickshaws across the bottom of the ocean, symbolizing the fate of people trapped between the old and the new way of life in Vietnam. The title refers to the duty of the living to remember the dead. In this film, the living represent the dead. The ghostly appearance of these weightless, silent pearl divers under water brings these extremes very close together.

During the autumn and winter of 2004 a life-sized Camera Obscura designed by artist J.C.J. Vanderheyden was set up in Huis Marseille’s garden in honour of the museum’s fifth anniversary, giving visitors the opportunity of literally experiencing in the flesh how a photographic camera works. Two photographers, Heleen Bijvank and Katerien ter Meulen, have shown that you can really take good photographs with this camera. The results of their experiments will be on view this fall in the garden house.