Florachromes: a story of four rivers 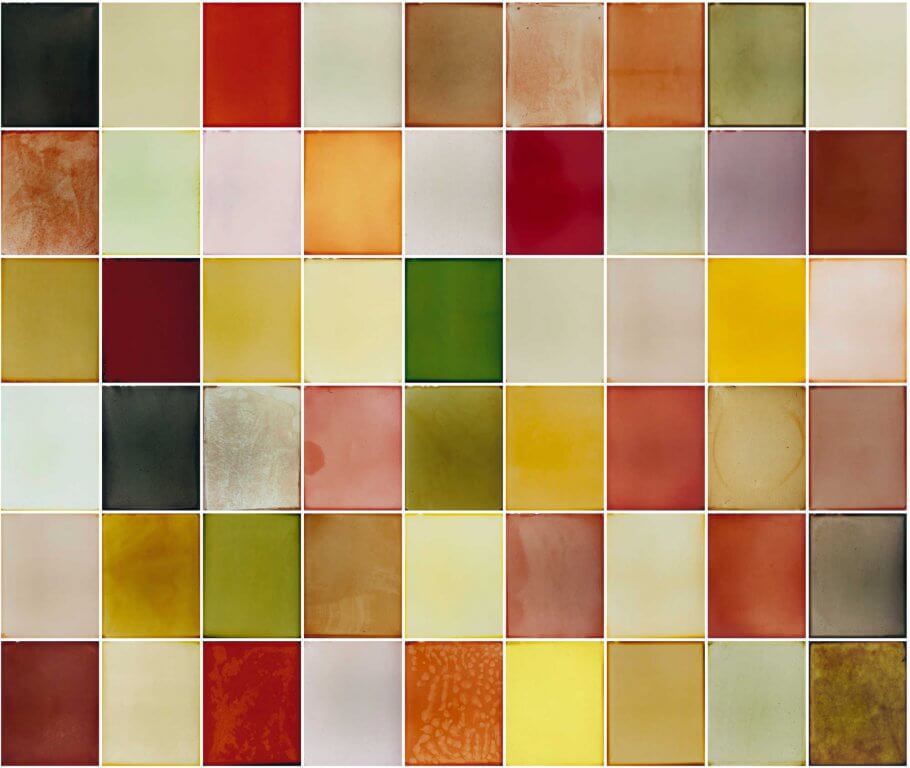 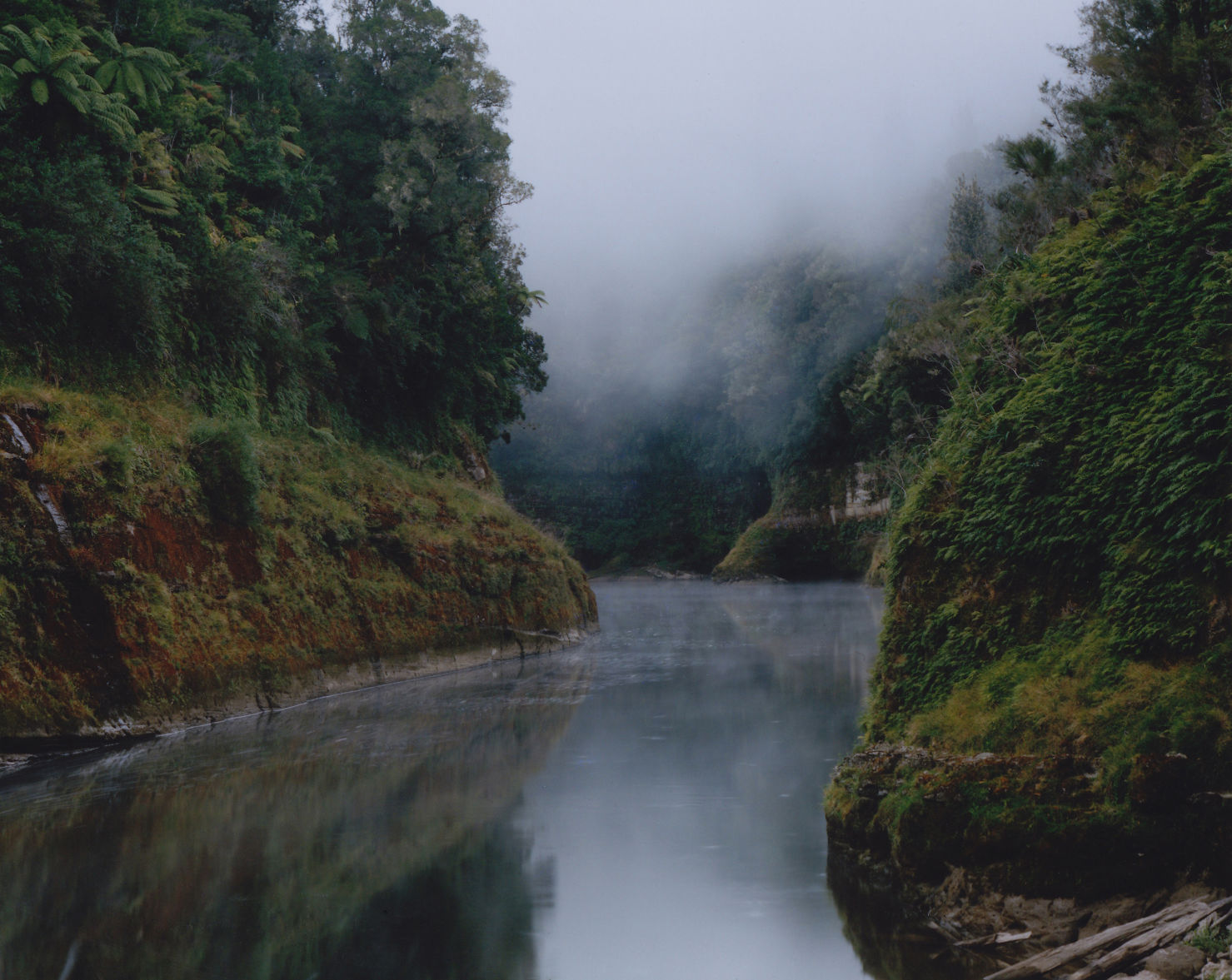 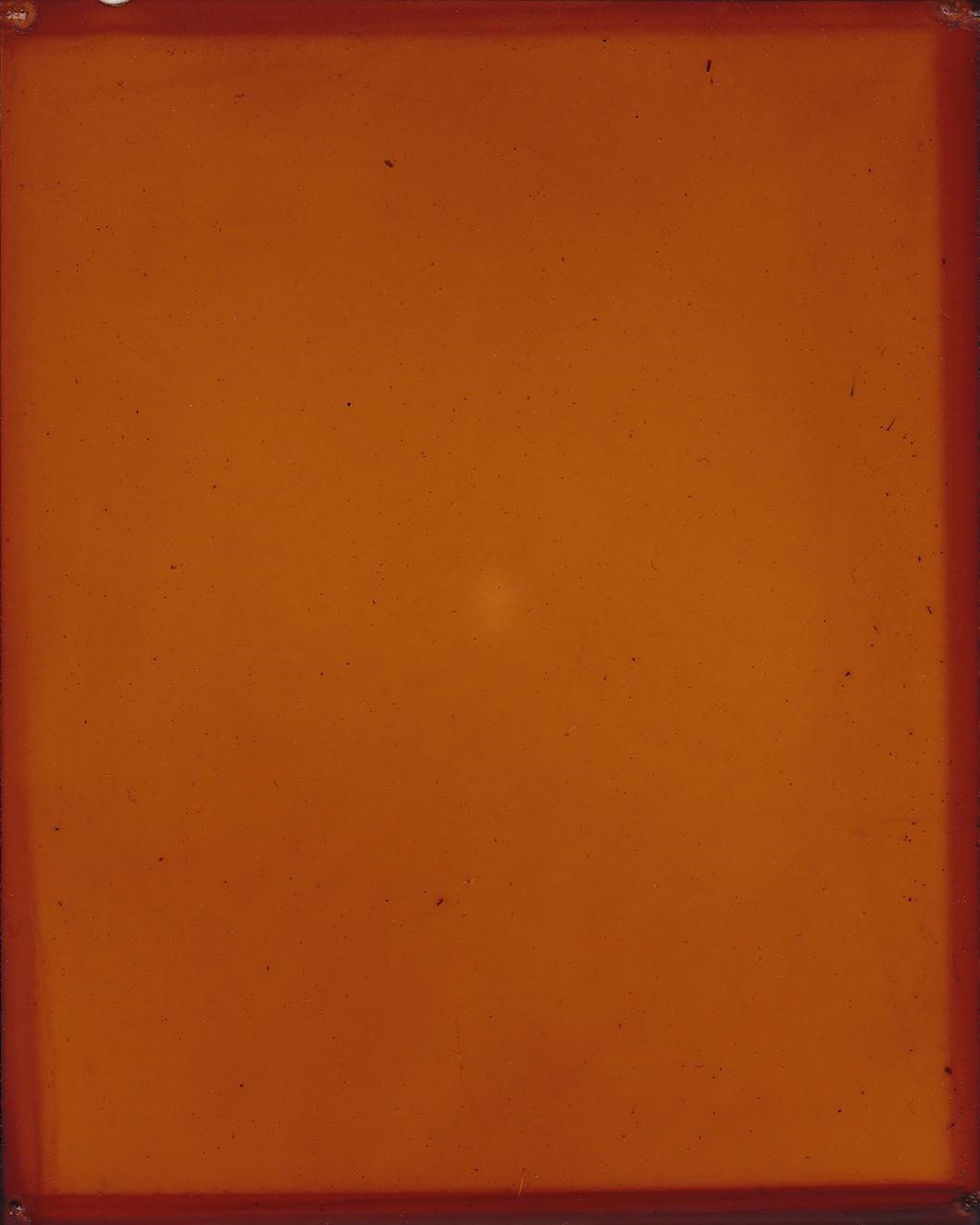 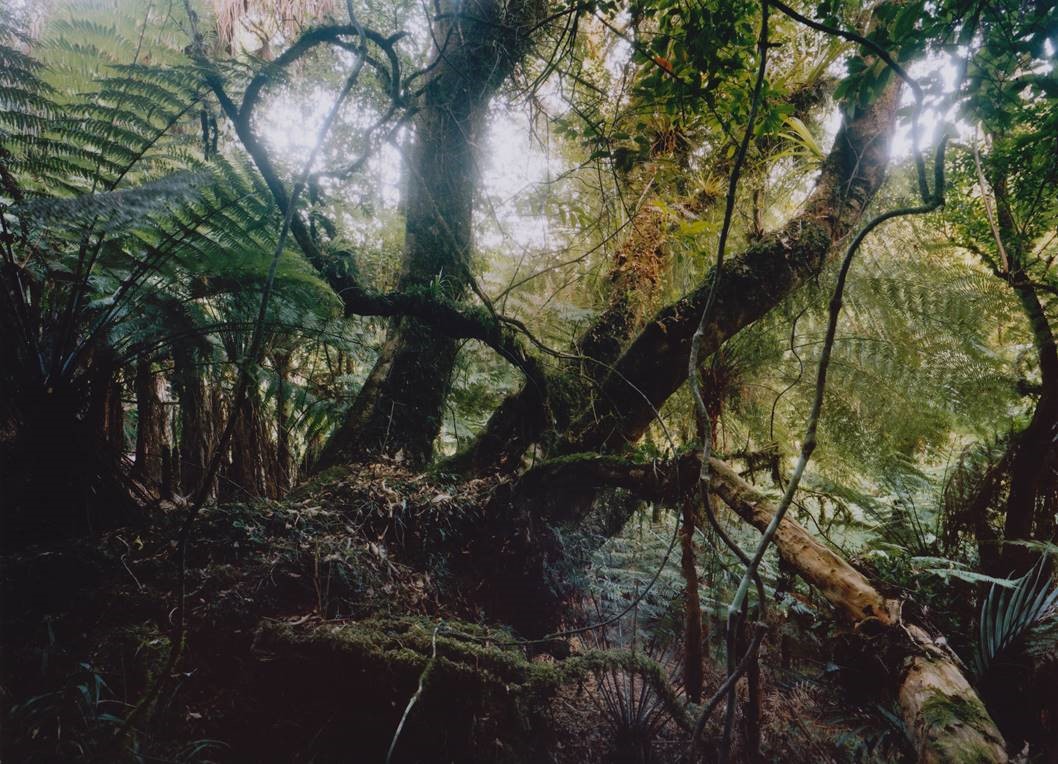 ‘In the realization of our work we apply analogical photography in its most basic form. We study nature with natural physical and chemical processes. The images are determined by the nature of the material rather than our perception of it. Our work is […] not created but discovered.’

The artist duo Arja Hop and Peter Svenson combine photography, ‘alchemy’ and ecology to research into how plants react to their environment, and in so doing they touch on current environmental issues. Their ‘residue projects’ fuse photography and ‘botanical alchemy’ in a remarkable way: they extract pigment from a plant, apply it directly to analogue film and print it. Their landscape explorations in the Netherlands (where they now live) and New Zealand (where Svenson was born) have resulted in poetic images that seem to indicate that the intensity of the plant colour is strongly influenced by the plant’s living conditions. The exhibition Florachromes in Huis Marseille is the first to present a large-scale display of the fascinating results of their photographic research.

Trees as safeguards of humankind

Arja Hop and Peter Svenson regard trees as the safeguards of humankind. In their video installation Wo aber Gefahr ist, wächst das Rettende auch two enormous old trees on opposite sides of Huis Marseille’s back garden are monitored live by security cameras. The title is taken from the hymn Patmos (1803) by the German poet Friedrich Hölderlin (1770–1843): ‘But where there is danger, rescue also grows’. Across the world, climate and environment are threatened by factors such as global warming, deforestation, pollution and tourism. Nature responds to these changes as best it can, and many plants have ingenious survival strategies. But people often take nature for granted, especially in urban areas. Hop and Svenson want to make people think twice about plants and trees, and to make them more aware of the presence of nature, including in city streets. Their hope is that the work they have done in recent years in the Netherlands and in New Zealand will contribute to this awareness. The duo display both a deep engagement with, and profound admiration for, the beauty and resilience of nature. Their work is also an ode to plants and trees, without which human existence would not be possible.

In 2013 the visual artist and photographer Arja Hop began her project Residue Amsterdam, an intensive research into plant pigments that resulted in drawings, watercolours and analogue photographs. In 2015 she continued this project as a joint art project together with the photographer and master printer Peter Svenson. Within a given geographic area they take samples of the plants growing there and then extract the plants’ sap, using traditional methods. The duo have developed their own method of turning these plant residues directly into analogue photographic prints. Every residue results in a uniquely layered colour tone. By presenting these photographic colours in a tight array, Hop and Svenson create a kind of ‘sample card’ of a given area, showing various gradations of tones from the colour spectrum. Each photo tells the biochromatic story of a specific plant and location; it seems that the intensity of the plant colour is strongly influenced by the plant’s living conditions.

Four rivers: the Amstel, the Waal, the Whanganui and the Tamaki

In the exhibition Florachromes four rivers play a linking role: the Amstel and the Waal in the Netherlands, and the Whanganui and the Tamaki on the North Island of New Zealand. Hop and Svenson regard these rivers as an allegory of identity, history and place. Along the banks of these rivers they have collected leaves, stems, flowers, seeds, fruits, roots, and bark from the local plants and trees and used their residue process to extract their pigments. They have also made analogue photographs of the environment, to give the abstract residue photographs a context. For the Huis Marseille exhibition they have chosen a variety of printing techniques and presentation forms; each gallery shows a different aspect of their research into the flora of a given area, for which they used different photographic techniques.

On the walls of the Light Court, a plant called ‘wall lettuce’ (Mycelis muralis) stretches across four enlarged photograms in negative. For their series Residue Amsterdam Hop and Svenson concentrated on wild, spontaneously occurring plants growing in roadside verges, alongside canals, and in forgotten corners of the city. Huis Marseille is showing a spectacular matrix of 273 photographic colour fields: the pigments of wild-growing Amsterdam flora, fixed in analogue prints. The same gallery houses a video installation with analogue black and white photographs of the same plants. On the banks of the Waal at Nijmegen, the duo took samples of plants that grew on both sides of the dikes. In combined residue photos they show the impact that environment has on a plant species; the two halves of the photo show different colours. The gallery also includes work from their series Gifts of the River, specially-made prints of objects washed up onto the banks of the river Waal.

The residues that Hop and Svenson collected in the Whanganui National Park yielded very different colours to those they found in the Netherlands, as can be seen in the Beletage gallery. Huis Marseille’s red Period Room – transformed into a kind of darkroom – gives centre stage to a blood-red example, beside black and white photographs in negative of the park’s vegetation. The Green Room is devoted to the mangrove forests that grow along the banks of the Tamaki, an estuary in Auckland on North Island, the largest and most densely populated city in New Zealand. The mangrove plays a crucial role in the area’s ecosystem: this tropical tree promotes local biodiversity, removes carbon dioxide from the air, and filters toxic materials, such as heavy metals, from both rainwater and human wastewater. Hop and Svenson used their residue method to research into the impact of pollution on these mangrove forests. The residues from this series are presented on a light-box mapping the Tamaki, allowing the colours to be linked to where they were found. A night-time environmental soundscape recorded by the duo in the Ngati Otara Park immerses the visitor in a mangrove swamp.

Arja Hop (Hierden, 1968) graduated in painting at the Academie voor Kunst en Vormgeving St. Joost in Breda. For a year she also studied philosophy at the University of Amsterdam, there becoming acquainted with, and inspired by, Wittgenstein’s ideas about colour and Heidegger’s concept of the landscape as the ‘witness’ of everything that takes place in it. In 2014 Hop was awarded a drawing commission by the Amsterdam City Archives, which resulted in Residu ‒ Populus canescens ‒ Jachthavenweg.

Peter Svenson (Palmerston North, New Zealand, 1956) studied photographic technique at Wellington Polytechnic in New Zealand and also took a year of physics at the University of Auckland. In 1982 he emigrated to the Netherlands, where for many years he also worked as a colour printer for the photographic laboratory [S]color in Amsterdam. In 2005 he co-founded AAP-lab (Amsterdam Analogical Photoprinting). As an independent photographer he experiments with a variety of photographic and alchemistic techniques.

Work by Hop and Svenson is held by numerous collections, including the Drents Museum (Assen), the Amsterdam City Archives, the Alexander Heritage and Research Library (Whanganui), and several private international collections. In 2018 the duo were artists-in-residence at the Fabrikaat / Art Laboratory in Nijmegen.

The exhibition Florachromes is supported by the AFK (Amsterdam Fund for the Arts) and the Mondriaan Fund.