The Kaiser at the Keizersgracht 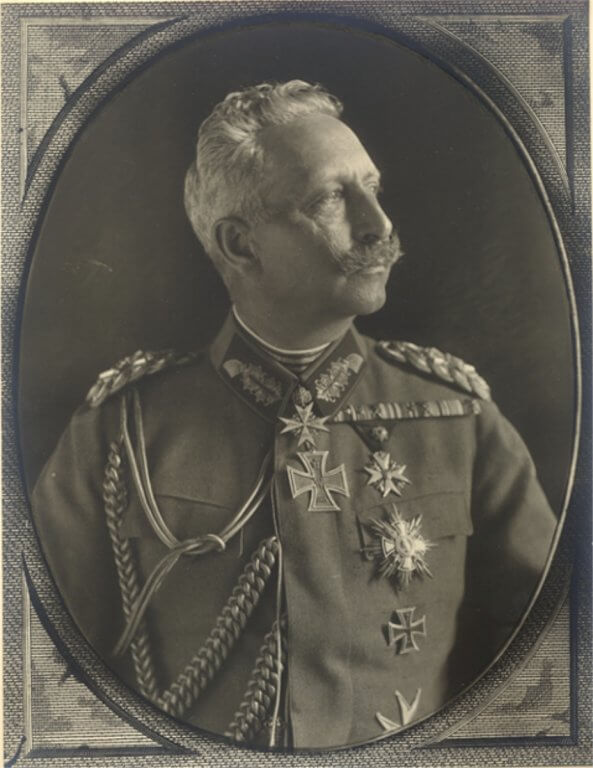 The fifty-nine wagons loaded with possessions that were sent by Wilhelm II, the last German Kaiser, to his place of exile in the Netherlands in 1919 and 1920 also contained thousands of photographs: framed photographs, loose photographs, photograph albums, a folding screen with photographs, daguerreotypes, expensive platinum prints, autochrome plates, etc. A large portion of those photographs (ca. 12,000 pieces) is still preserved in Huis Doorn, the final residence and resting-place of the Kaiser. For the first time, a broad selection has been made from this collection, which will be presented this autumn in Huis Marseille.

The photographs in the collection of Wilhelm II reveal an early beginning of the tense relationship between media and monarchy, in which Wilhelm II portrayed his imperial rule as a permanent show through the most modern of  techniques such as photography and film. It is remarkable how Wilhelm used photography to engage in public relations in a nearly modern way. Crumbling support for absolute imperial power had compelled Wilhelm to go on a charm offensive. An image both of inviolable imperial grandeur and of the bourgeois, virtuous family man had to be sustained in the media. The Kaiser hired the best photographers of the time (such as Ottomar Anschütz, Oscar Tellgmann), who used the newest and most expensive techniques to constantly take portraits of him and record his numerous parades, unveilings, military manoeuvres, yachting races and hunting expeditions. His court photographers even accompanied him on his private journeys to Norway and Corfu. The Kaiser also staged domestic scenes and had these photos distributed amongst the population.

Once in Doorn, the photographs were meant to maintain the lustre of the past. While Wilhelm lived there, the castle was filled with framed and enlarged photographs as a reminder of the pomp and circumstance of the Prussian court at the end of the century. A self-composed photographic report of World War shows, rather than trenches or bodies, Wilhelm II in the heroic role of Commander. The continuation of his PR policy while in exile reveals his undiminished hope of returning as Kaiser. Although the excursions now had to be limited to woodcutting on the estate, he had German photographers also come to the Netherlands to make state portraits. Directing everything tirelessly, the vain Kaiser above all saw the world through himself. In this, the collection differs from other imperial and royal photographic collections, such as those of the British or Dutch royal houses. Wilhelm collected not so much out of an interest in aesthetics of photography, but because he was interested in how he could use the medium to aggrandise his own image. And thus his collection primarily consists of photos that illustrate his own passions.

Only recently has the extent and quality of this photographic collection come to light. The jeopardization of Huis Doorn’s existence by the discontinuation of its subsidy was the incentive to investigate its collection of over 12,000 photographs. At the initiative of Huis Marseille, but in close collaboration with Huis Doorn, an exhibition and a book have now been produced, which, supplemented with photos on loan from the Royal Archives at the Hague and the Amsterdam Rijksmuseum, will be presented in Amsterdam this autumn. The presentation refers to the exuberant manner in which these photographs once hung in the palaces in Berlin and in Huis Doorn.