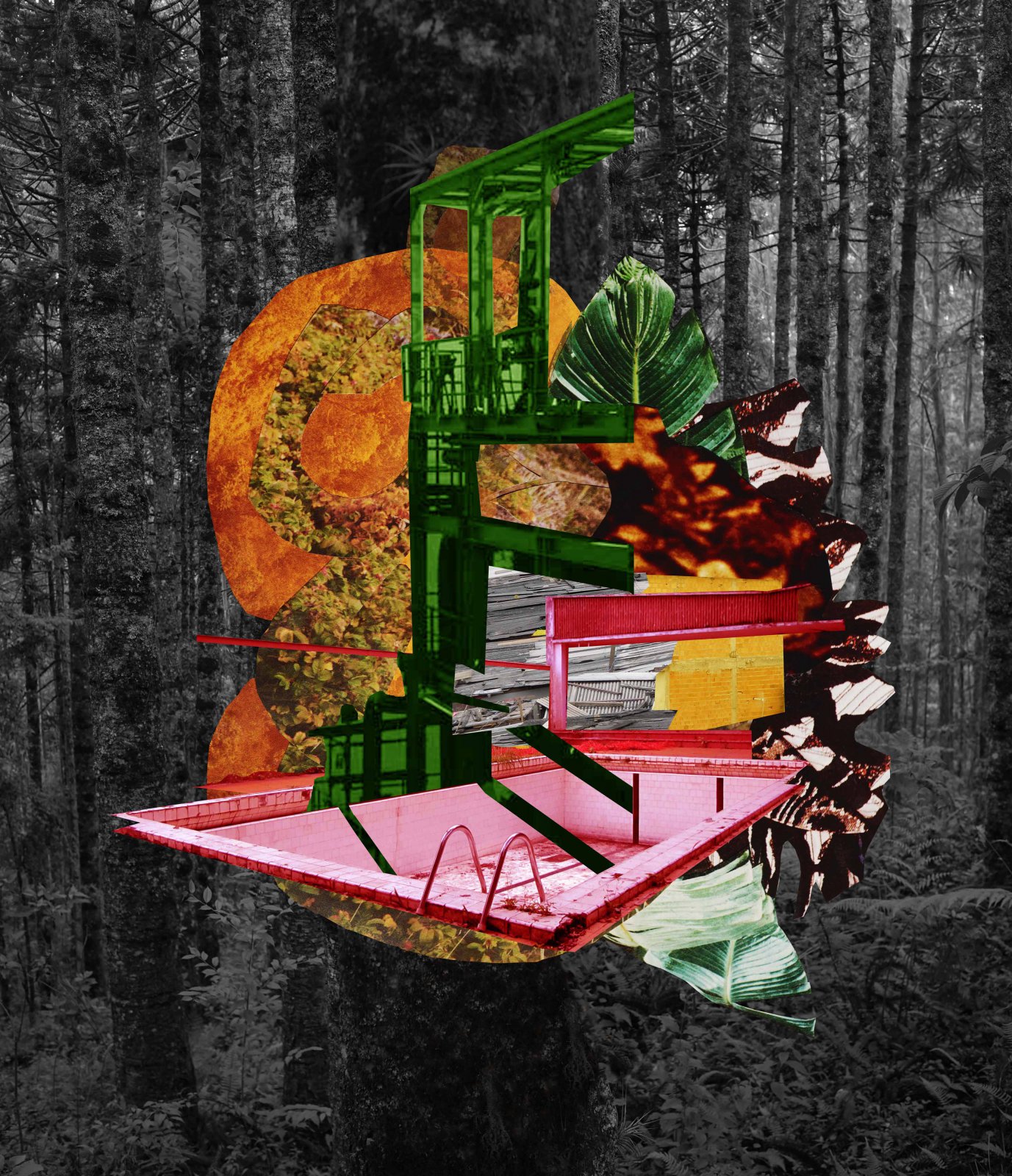 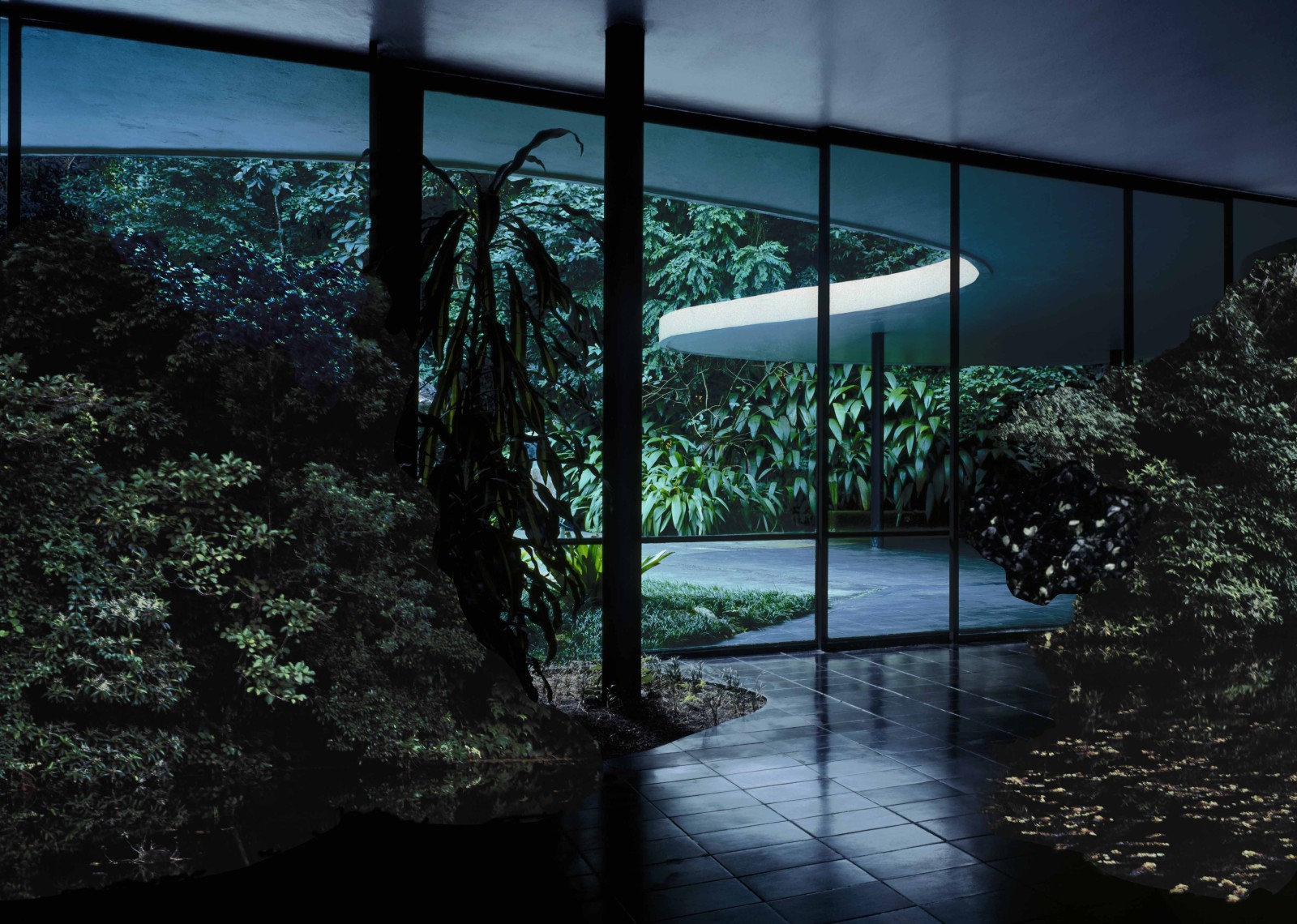 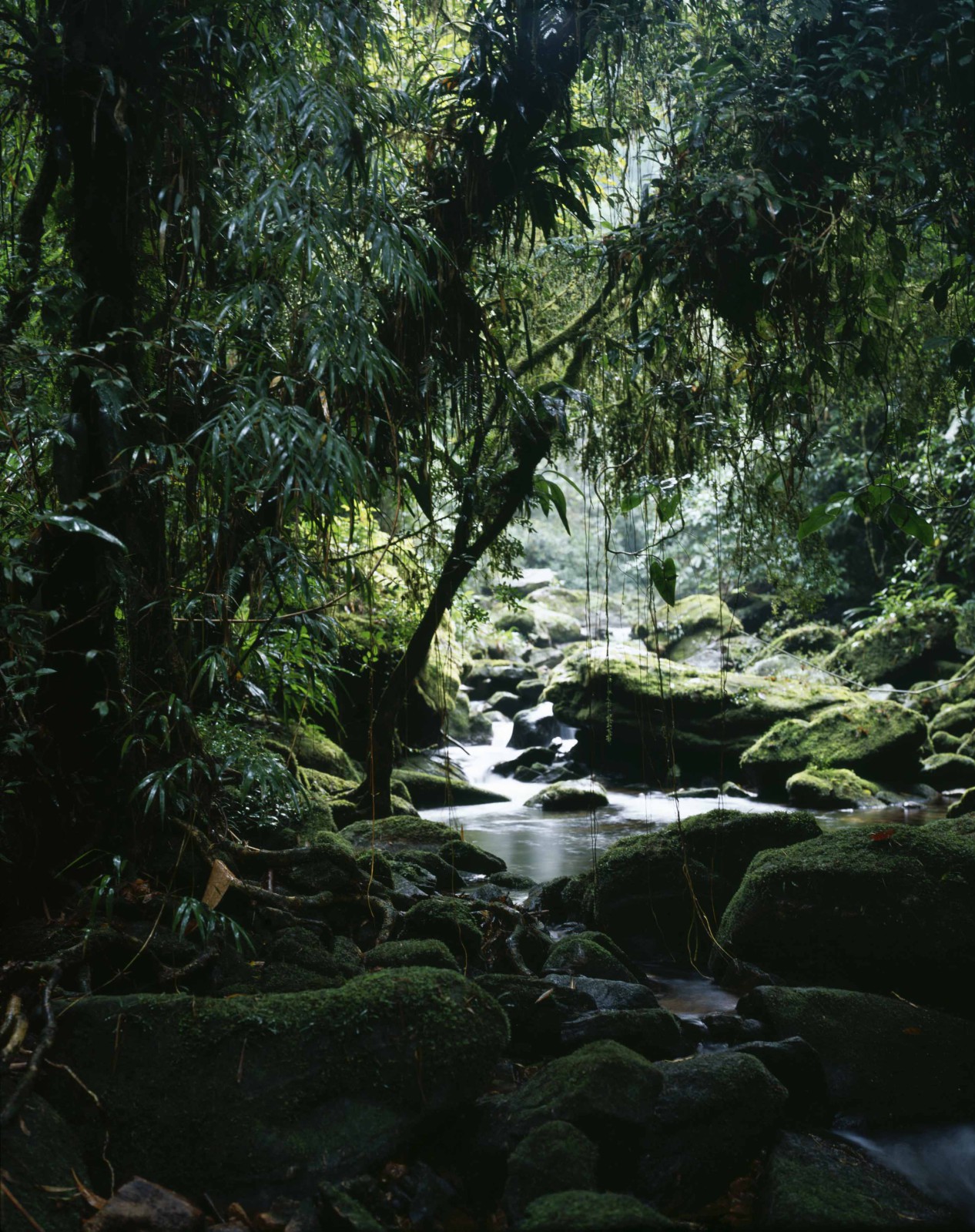 The three Portuguese words in the title of this, the first exhibition of the prominent Brazilian photographer Caio Reisewitz to be held in the Netherlands, immediately make it clear what his oeuvre is about. Florestas is the Portuguese word for forests, such as that of the Brazilian Amazon, the richest tropical rainforest in the world. Favelas are the typically Brazilian slum districts. Falcatruas means something like fraud, trickery. The associations that these three words call up form an unsettling backdrop to Reisewitz’ stunning photographs of the Brazilian landscape. His work testifies to a deep social engagement, but one hidden within an avant-garde idiom.

Caio Reisewitz (São Paulo, 1967) makes his monumental photographs on location, using a large-format camera and tripod. In these photographs he reflects on the construction and deconstruction of his country, and in particular at the conflicts playing out in the background, such as the controversy surrounding the building of the Belo Monte Dam on the Xingu River in the Brazilian state of Pará. It will be one of the largest electricity generating dams in the world; entire forests will be submerged and disappear for ever. Another frequent motif in Reisewitz’s work are the favelas. According to Brazilian law any building with a roof is a house, and a house may not be demolished. When poor people from the north of Brazil come to the big city to find work, building a house in a favela is the first thing they do. The enormous slums are markers of the deep-seated social and ecological conflicts that play out wherever the urban sprawl of a metropolis gradually gives way, through the favelas, to tropical rainforest.

But for Caio Reisewitz the country’s slum dwellings and characteristic flora represent more than just conflict: he sees a kind of Modernistic beauty in the structure of the buildings and their organic setting in his country. In his collages, Reisewitz visually mixes slum structures with those of modern buildings. The result is a form of mimicry; hybrid buildings flow into one another, and parts of slum districts are relocated to leafy rainforest or interspersed with the architecture of urban centres. Reisewitz also creates documentary images of places that look fictional but which actually exist, such as a golf course at the edge of Brasilia that looks more like a décor – or indeed of the opposite, landscapes that look like untamed wilderness but which are actually carefully constructed, like the 200-year-old botanical gardens in Belém that were created entirely by human hands. All Reisewitz’ works are charged in a way that can be clearly sensed but which does not explain itself at first sight.

The work of Caio Reisewitz needs to be situated within the tradition of modern art, and of Brazilian modern art in particular. In Brazilian art, things are not always what they seem: the underlying meaning of a work becomes clear only at second sight. This is the legacy of the military regime that ruled over Brazil from 1964 to 1985 and which was opposed to artistic expression. Nevertheless, artists like Cildo Mereiles produced avant-garde work that criticized the regime and the prevailing lack of freedom of speech, but at first sight this criticism was invisible to the casual viewer. Caio Reisewitz raises this Brazilian art tradition to another level by transmuting his social engagement into literal, photographic images – in the tradition of the Düsseldorf School – and through the collages that he has made since 2010. These visual constructions are unique to Reisewitz, but are clearly part of the tradition of Brazilian artists to whom he feels most closely related.

In Reisewitz’ case there is no military regime forming a direct obstacle to his practice as a photographer, but this threat has been replaced by another: that of the socio-economic and ecological dilemmas presented by his country. His photographs of ‘the lungs of the world’ in this ‘Anthropocene age’ are as intensely Brazilian as they are fully international, both in terms of their idiom and their global relevance.

Caio Reisewitz lives and works in São Paolo. His grandparents immigrated from Hamburg, Tanzania and Kassel. From 1987–88 Reisewitz studied visual communications in São Paolo, but at the age of 20 he decided to go to Germany where he completed the Fotoklasse at the Johannes Gutenberg University in Mainz in 1997. Only when he was 29 did he return to Brazil, and he now regards his native country through the eyes of an outsider: “I feel like someone who’s not from around here,” says Reisewitz, “but I do come from here, and that fact affects the way I look at the country.”

Caio Reisewitz has had many exhibitions all over the world, including in New York’s International Center of Photography in 2014. In 2005 he represented Brazil at the 51st Venice Biennale. In August 2015 the exhibition Caio Reisewitz / Florestas, favelas & falcatruas will leave Huis Marseille and go on to the Maison Européenne de la Photographie in Paris.